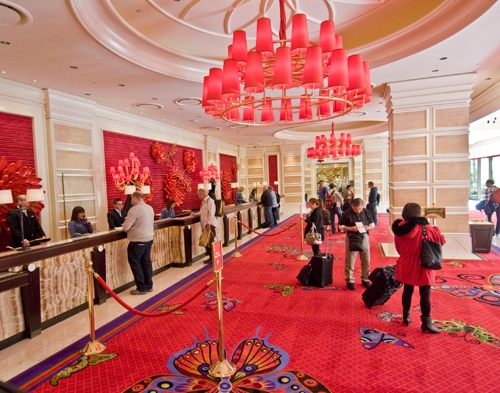 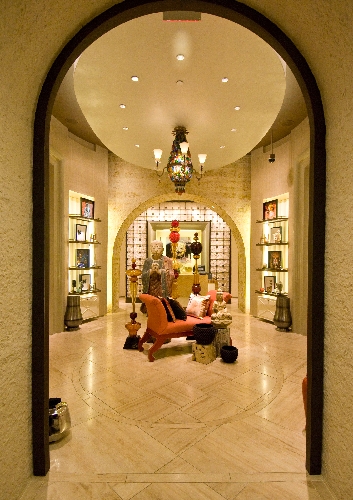 Wynn Resorts Ltd. on Thursday reported better-than-expected profit and earnings in the fourth quarter, which the casino operator attributed to improving business conditions in Las Vegas and robust growth in Macau.

The company said the turnaround in the fourth quarter was the result of revenues increasing 79 percent in Macau, where it opened a new casino in April. Revenues at Wynn’s Las Vegas properties increased 8 percent in the quarter.

Excluding items, Wynn Resorts reported profit of 91 cents a share, well above analyst expectations of 65 cents a share. Revenue in the fourth quarter jumped to $1.24 billion, also well above estimates of $1.13 billion.

“I think we had a fine year,” said Steve Wynn, founder, chairman and chief executive officer of Wynn Resorts in a conference call late Thursday. “We even did better in Las Vegas. I’ve been fairly pessimistic in the past … but indicators are pointing up.”

He attributed the improved financial results in Las Vegas to higher room rates, better reservation numbers and increased convention bookings that were expected to reach 20 percent to 22 percent of their total room nights.

Wynn said the yearly revenue increase was due to a 59.1 percent jump in Macau and a 5.4 percent increase in Las Vegas.

Joel Simkins, an analyst with Credit Suisse, described Wynn Resorts earnings for the quarter and 2010 as “solid,” but was concerned about “expectations” going forward for the company.

“While we continue to be impressed with Wynn’s execution in Macau, we remain concerned that expectations for the company have risen tremendously recently, and Macau gaming revenues will begin to face tougher … comps in coming months,” Simkins said. “We believe much of the enthusiasm may be baked into the stock of late, and as a result shares may be under pressure near-term.”

Wynn remained optimistic about the company’s plans for a new casino and hotel on Cotai, a territory off Hong Kong controlled by China. Wynn told analysts he had confirmation that construction could begin in March or April.

“There’s no issue on whether we are going to build the hotel,” Wynn said, adding that completion of the estimated $2.7 billion project would happen in late 2014 or early 2015.