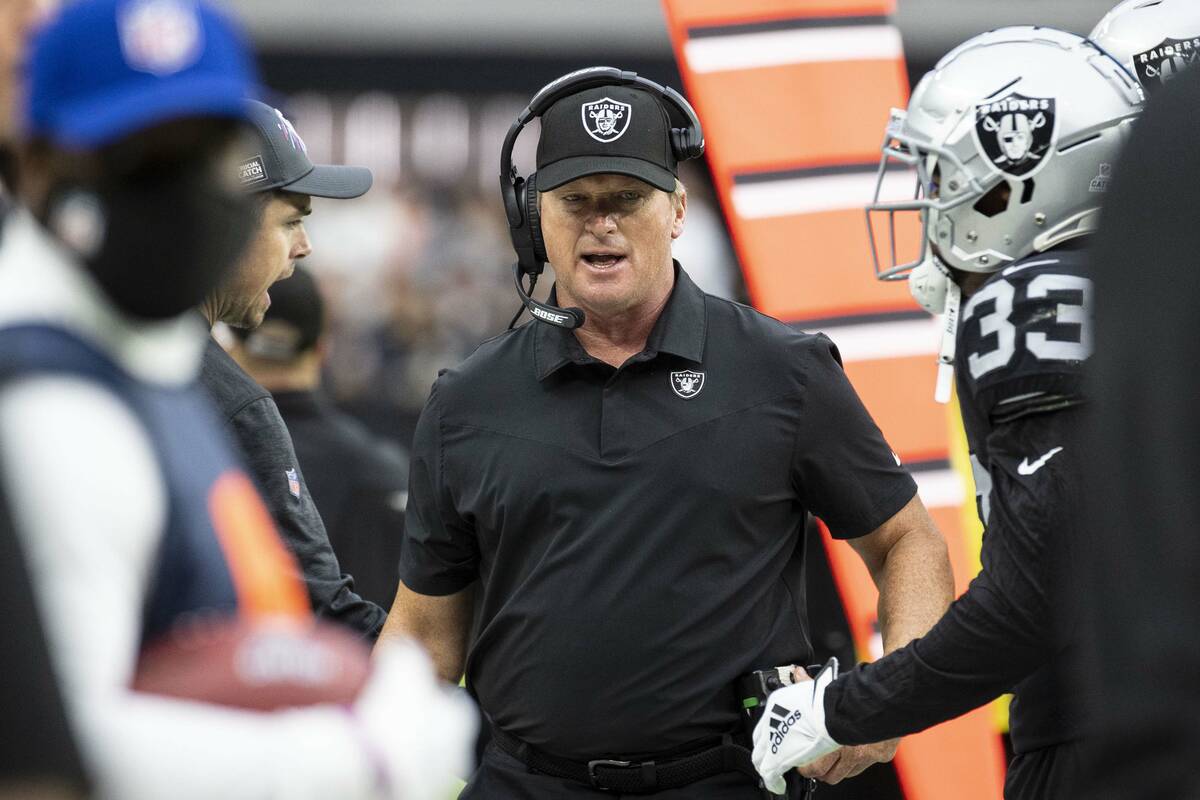 Raiders head coach Jon Gruden walks on the side line during the first half of an NFL football game against the Chicago Bears at Allegiant Stadium, on Sunday, Oct. 10, 2021, in Las Vegas. (Bizuayehu Tesfaye/Las Vegas Review-Journal) @bizutesfaye 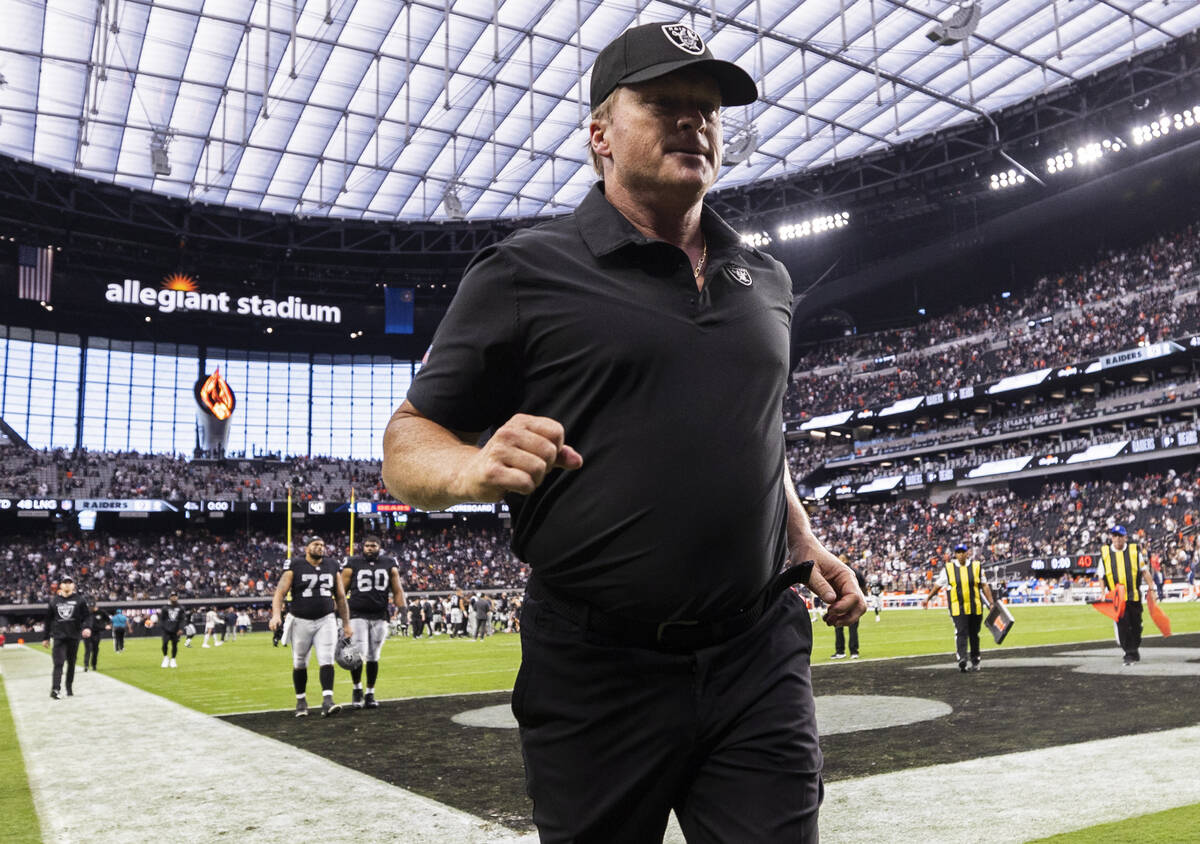 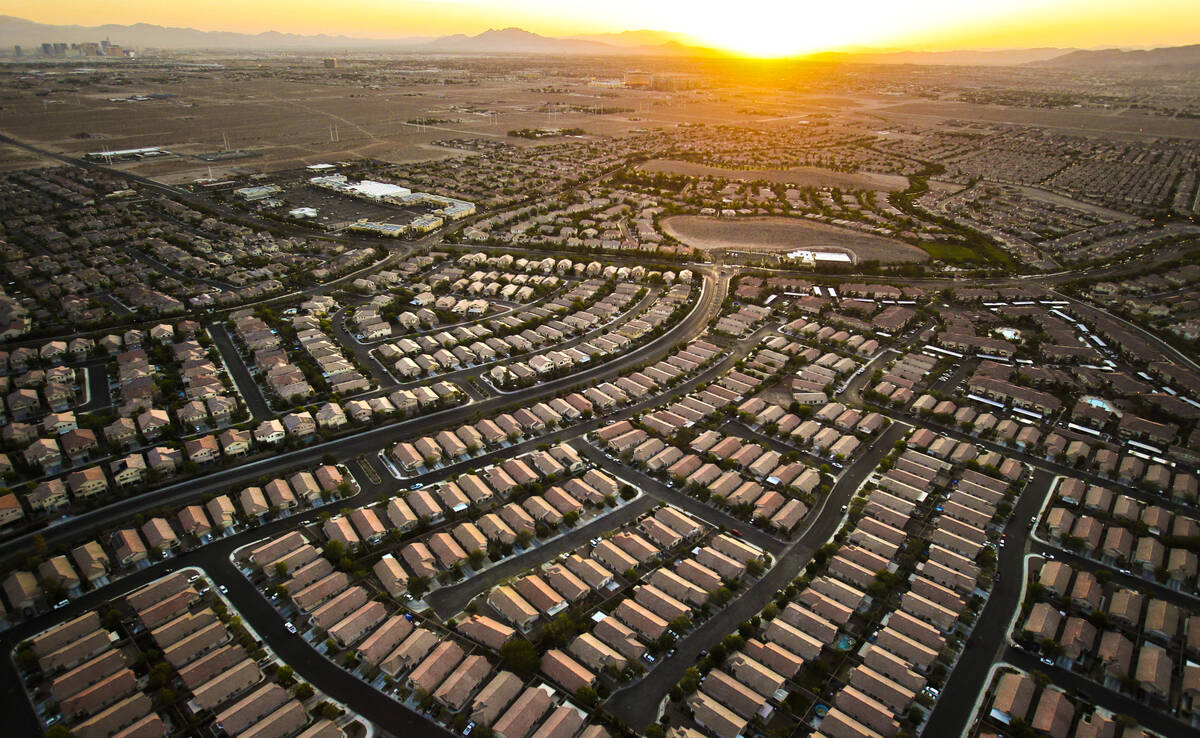 Before he resigned as head coach of the Raiders, Jon Gruden spent big on a sprawling house in Las Vegas.

Gruden and his wife own a two-story, 8,684-square-foot custom home in the Southern Highlands community, Clark County records indicate.

Their $4.3 million purchase was recorded with the county Aug. 10, almost exactly two months before Gruden stepped down from Las Vegas’ NFL team Monday evening in the wake of news reports detailing his use of racist, misogynistic and homophobic comments in emails over the years.

It’s unclear what Gruden plans to do with the house. Efforts to reach the former football coach, including through the Raiders and his agent, were unsuccessful Tuesday.

Clark County building records available online show site plans and other details about the home, on Olympia Canyon Way near the Southern Highlands Golf Club at the southern edge of the Las Vegas Valley, but do not shed much light on its amenities.

It sits on a roughly 0.8-acre lot, and a certificate of occupancy signed in October 2020 describes the home as a custom single-family residence.

Property records also indicate the Grudens own a 0.9-acre lot next door.

A building permit for a 2,332-square-foot guest house on that parcel was issued in June, county records show.

Gruden landed a 10-year, $100 million contract with the Raiders in 2018, two years before the team moved to Las Vegas from Oakland, California.

He wasn’t the only member of the valley’s pro sports scene to buy a big house in Southern Highlands, either.

Former Golden Knight Marc-Andre Fleury purchased a single-story, 5,285-square-foot home in the community in 2017 for $2.3 million.

The star hockey goalie sold the place in 2019 for the same price to the owner of Larry Flynt’s Hustler Club, records indicated. 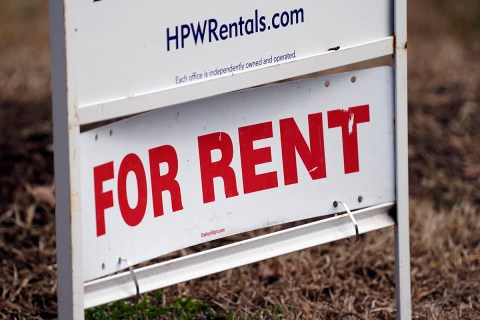 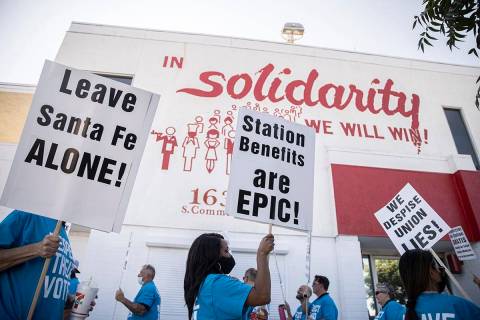 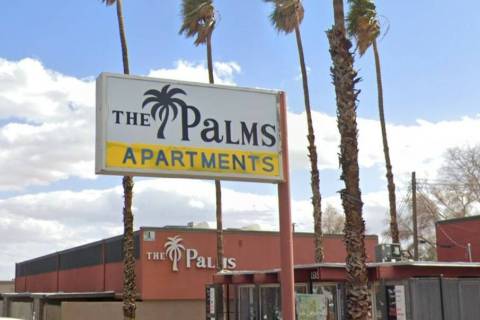 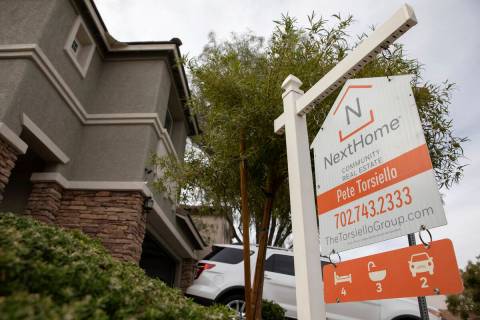 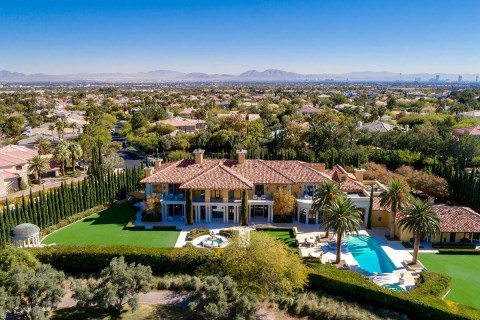 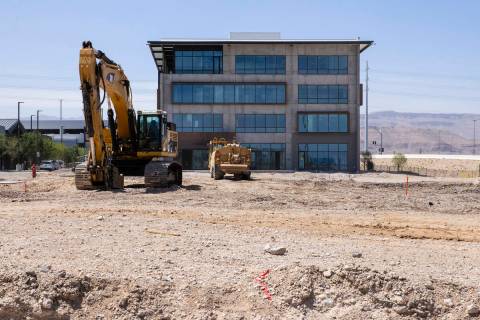 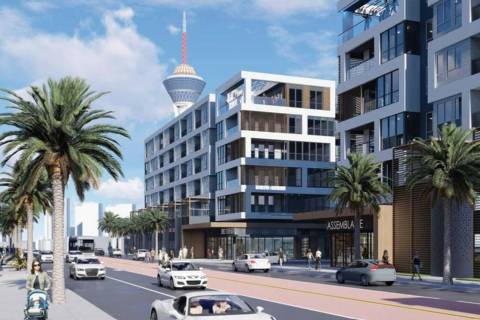