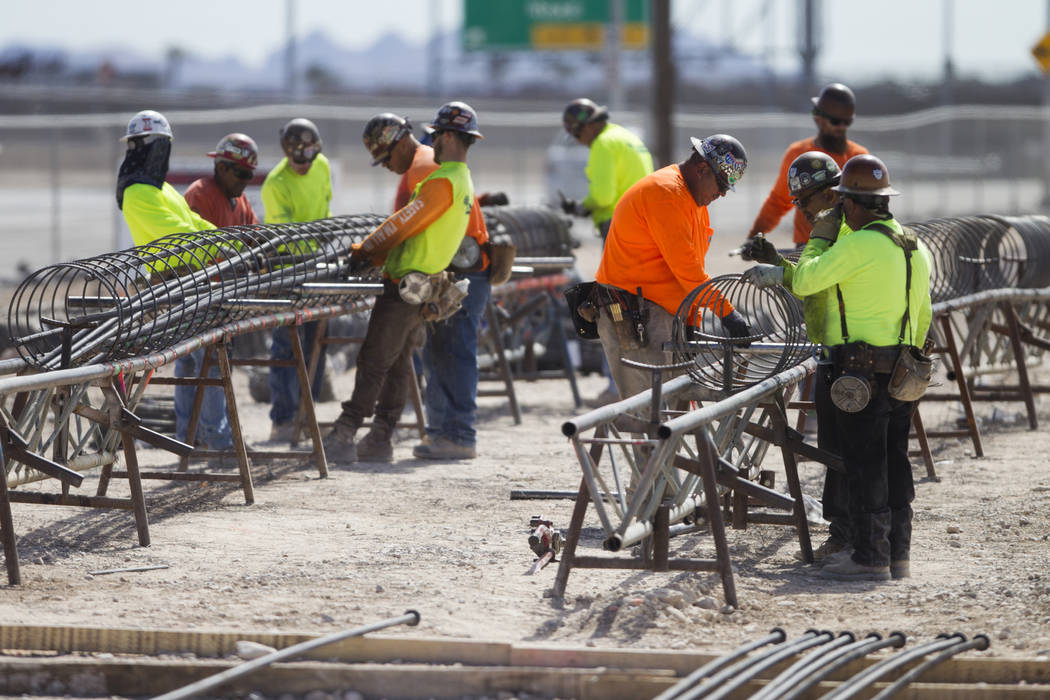 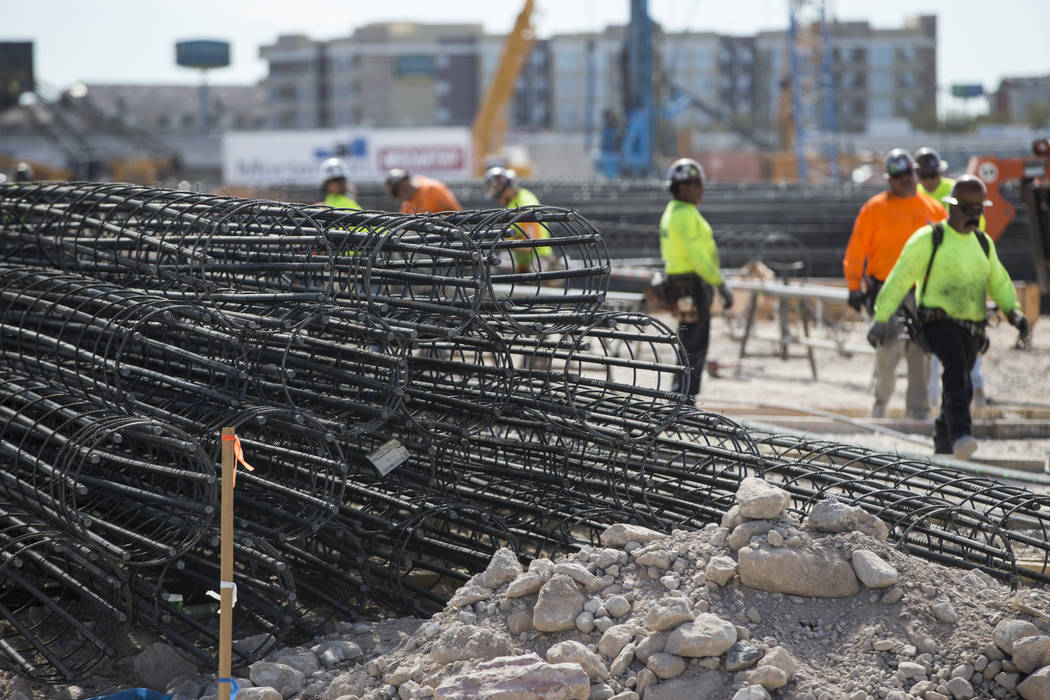 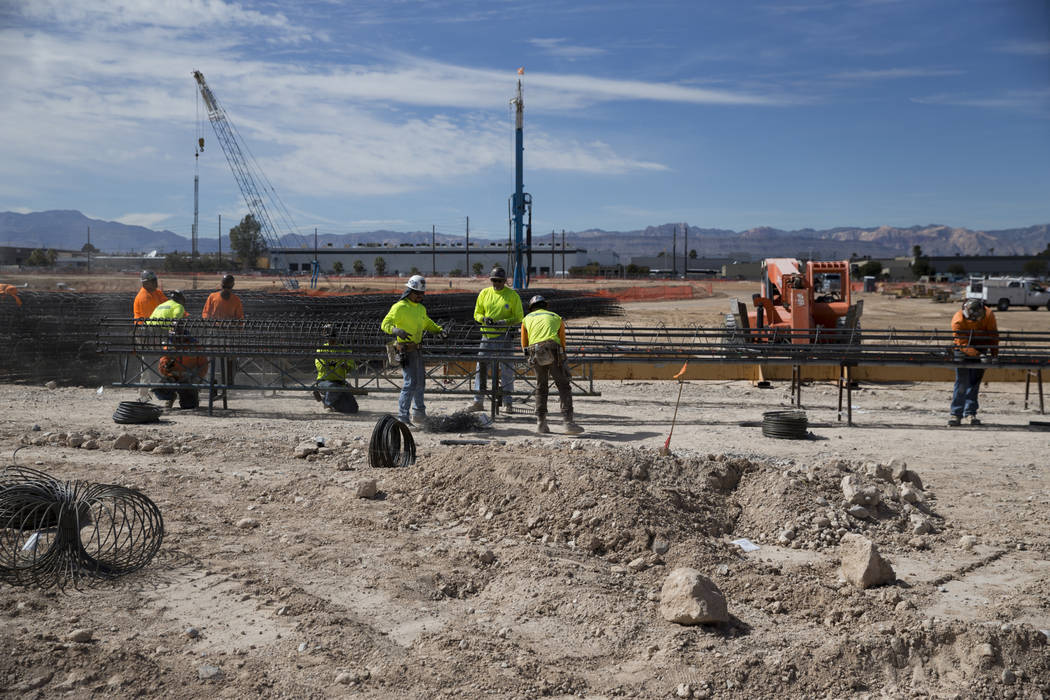 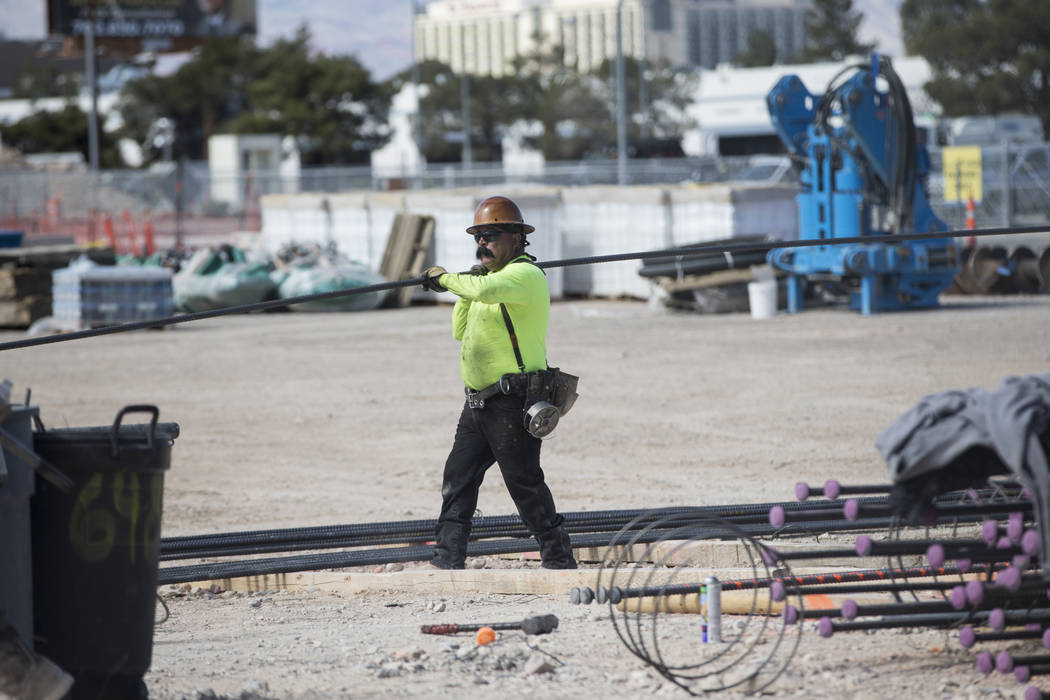 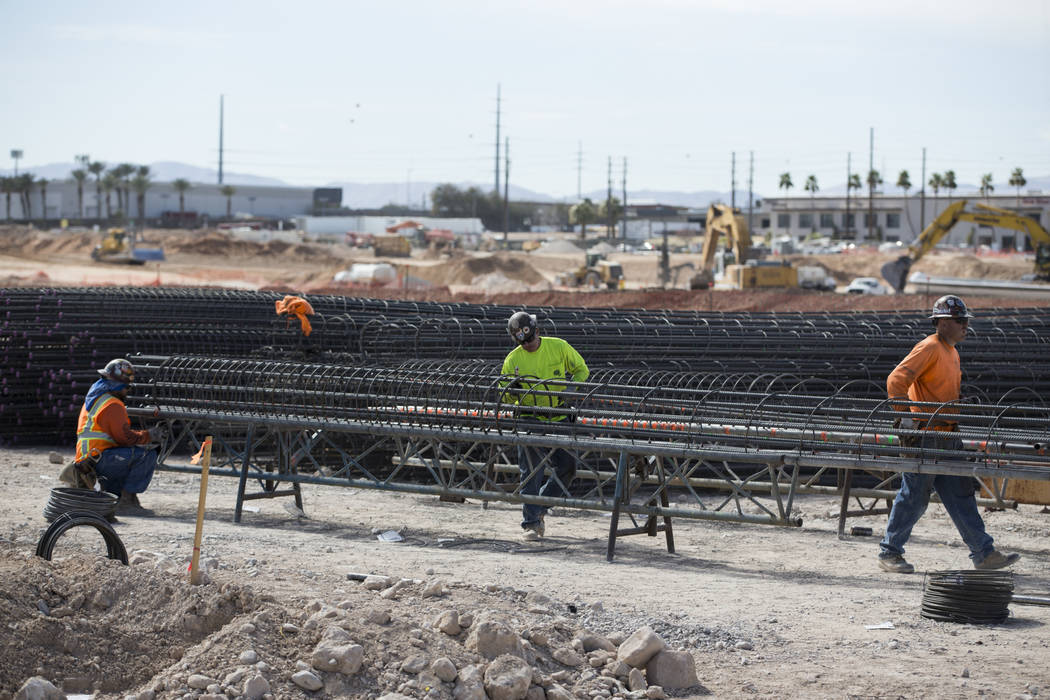 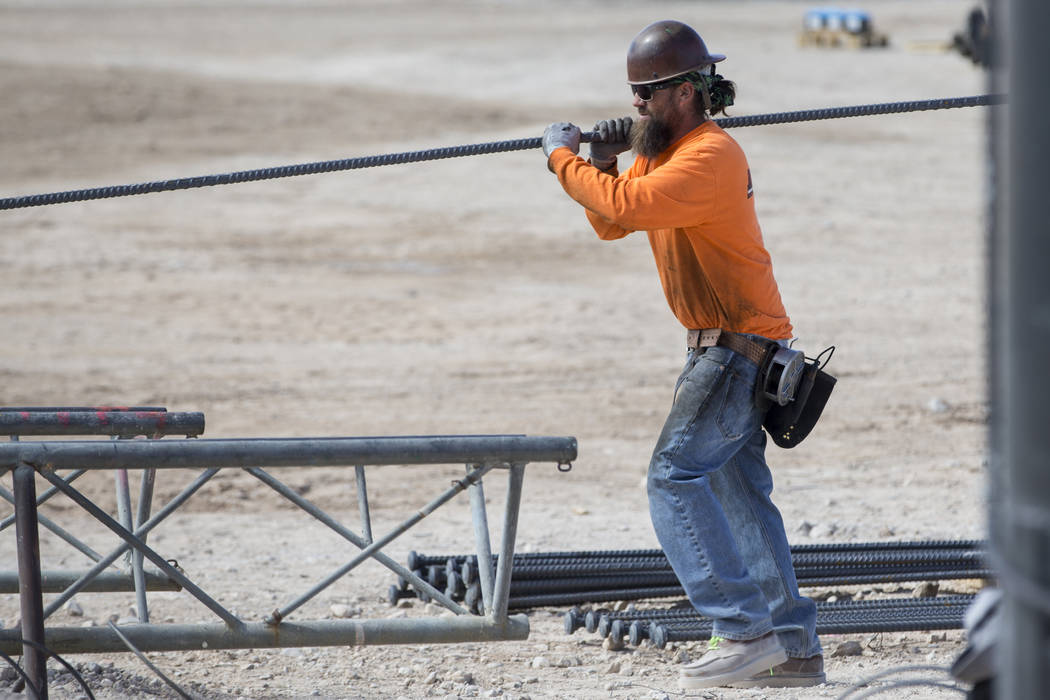 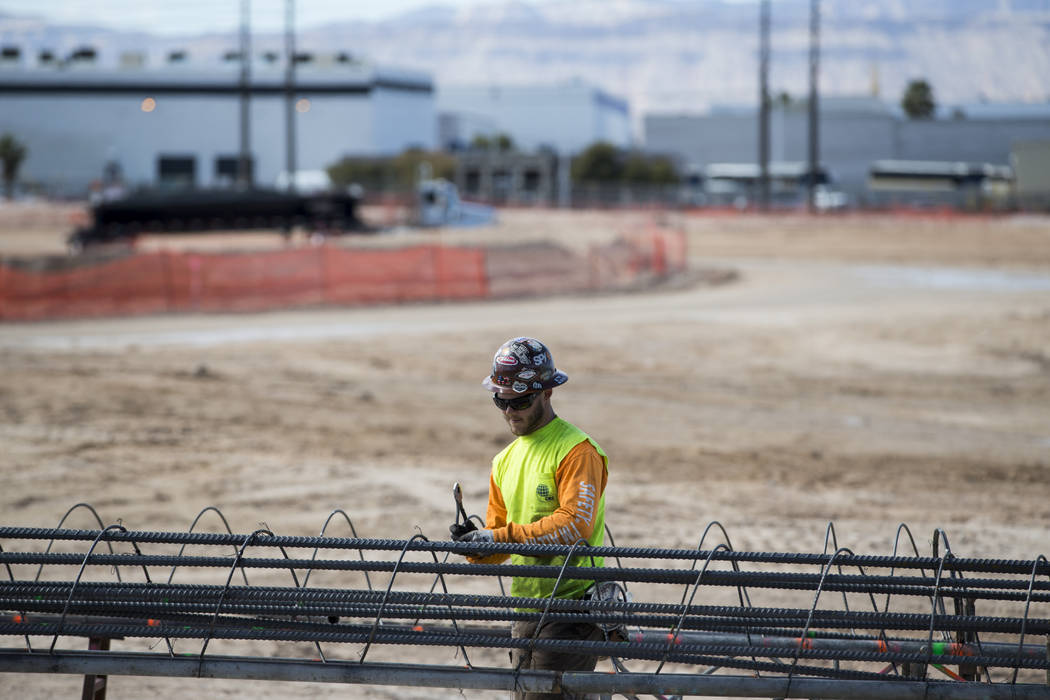 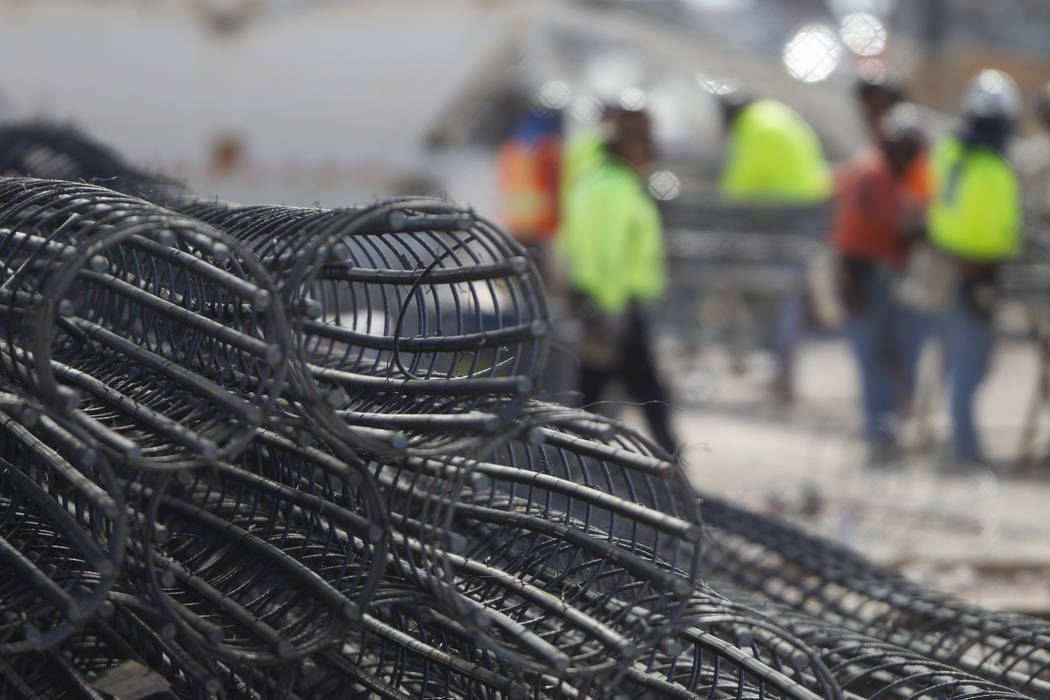 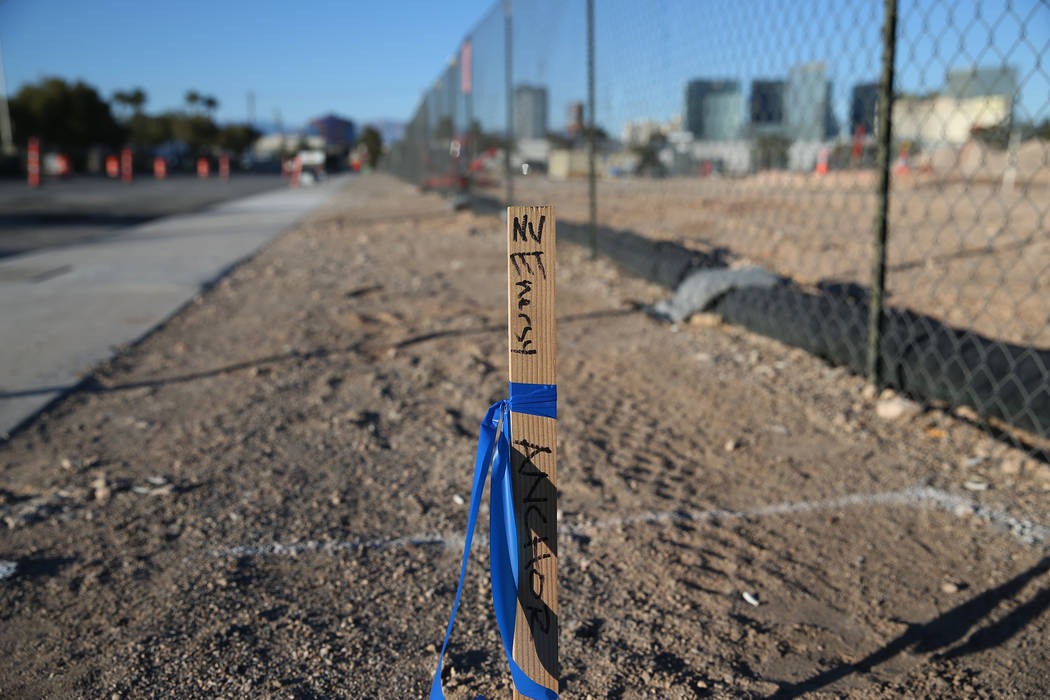 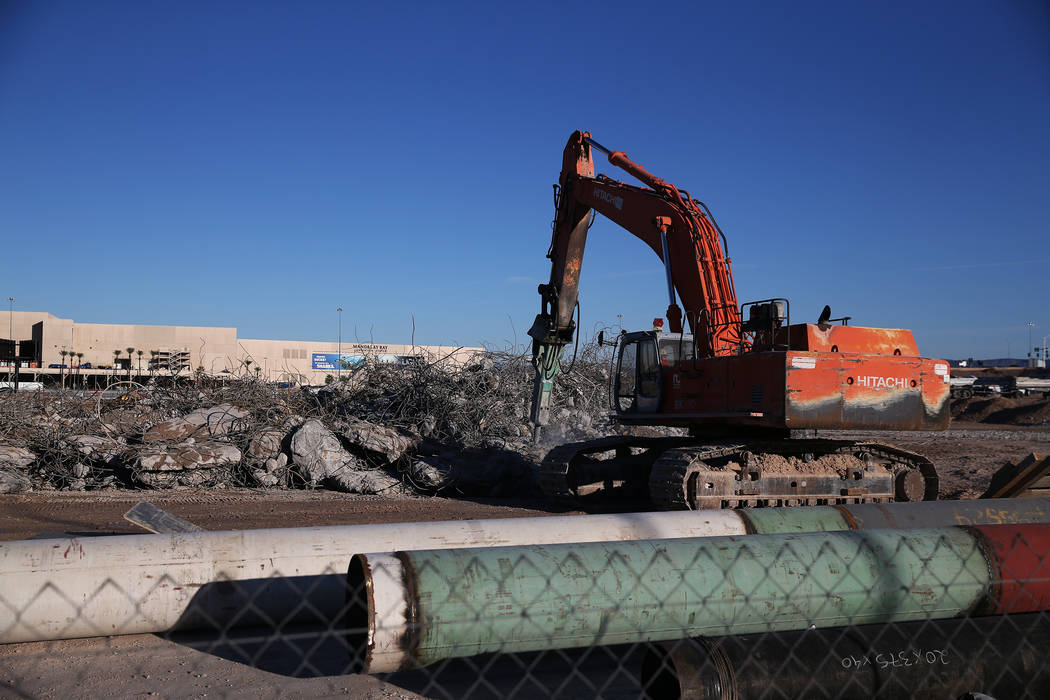 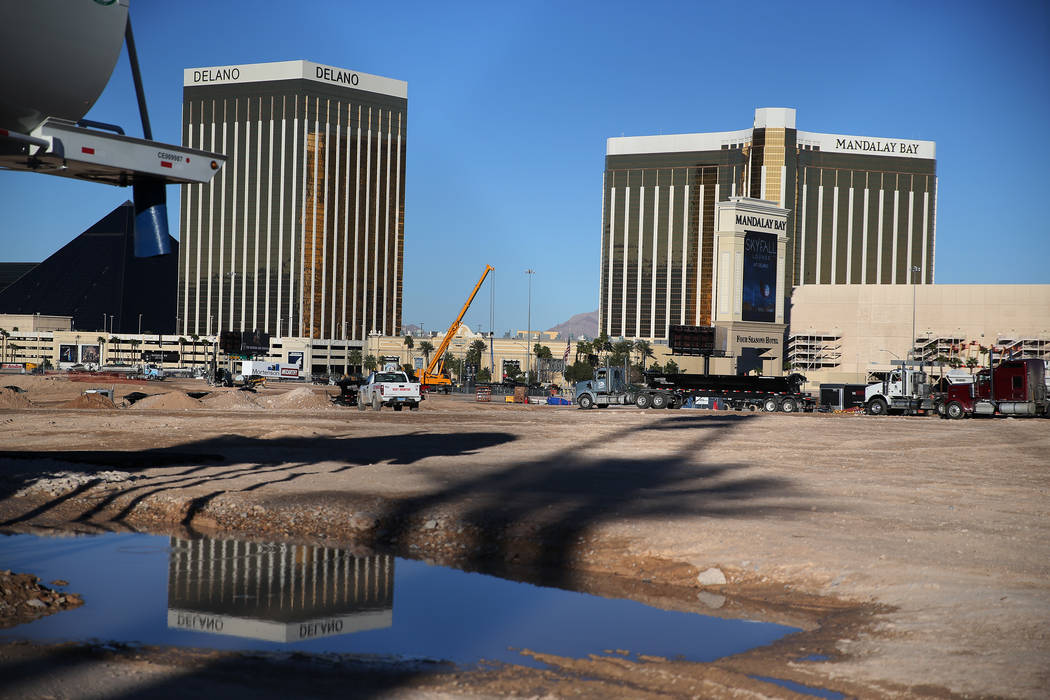 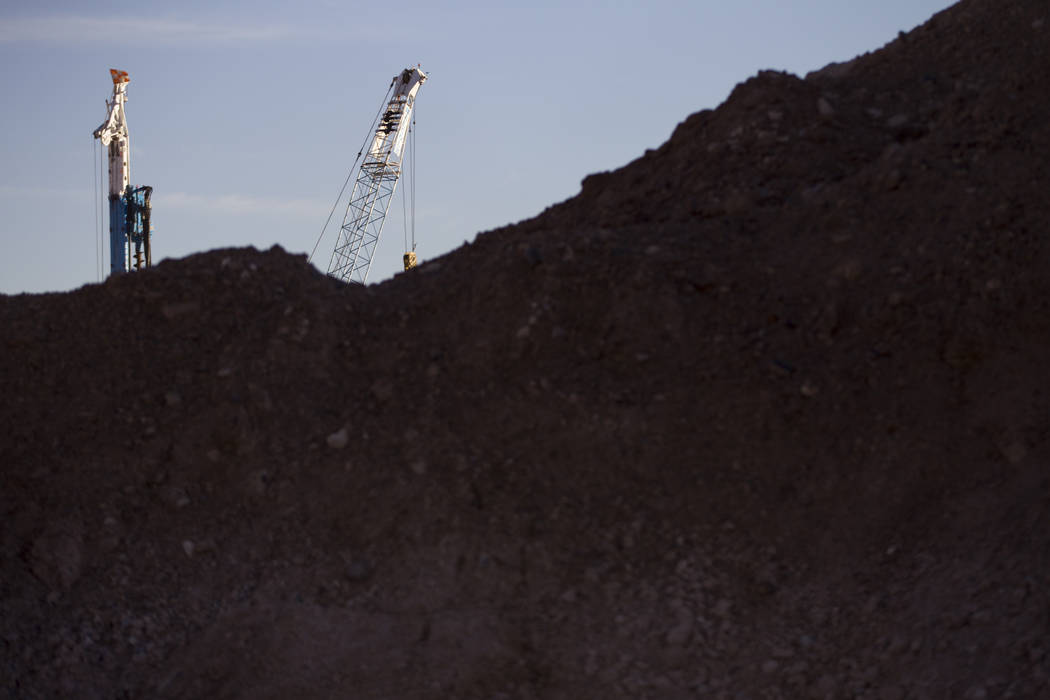 A guaranteed maximum price, the all-important final estimated cost of the Las Vegas stadium the Raiders are building, is expected to be discussed Thursday by the Las Vegas Stadium Authority.

The price is a key component in the stadium financing package, which county officials last week said is firmly in place despite what some critics say.

Will the final price be right around $1.8 billion? That cost emerged more than two years ago when the Southern Nevada Tourism Infrastructure Committee first suggested a National Football League stadium. (Actually, $1.9 billion has been bandied about, but that includes $100 million for a practice facility and headquarters in Henderson.)

Or could the price be higher? If so, how much higher?

The guaranteed maximum is important because that is the amount Clark County will focus on when county commissioners consider a general obligation revenue bond ordinance on April 3. Proceeds from bond sales will pay for the public’s contribution — $750 million — to the stadium’s cost. Bonds and interest will be paid off from a fund generated by the 0.88 percentage-point increase in Clark County’s hotel room tax that Southern Nevada municipalities began collecting in March 2017. Between March and December 2017, the county and the cities of Las Vegas, Henderson, North Las Vegas and Boulder City collected $40.5 million, about 6.1 percent ahead of projections.

Tax revenue collections generally lag the month of room stays by six to eight weeks after the end of a month for the municipalities. Clark County has indicated January collections were down, but February levels were the second-highest monthly level since collections began. County finance leaders attributed that to the unusual timing of CES — which fell on weekdays instead of the weekend — and to the Chinese New Year, which fell in February instead of January this year.

While all eyes are on the April 3 commission meeting, there is still plenty to do until then, much of it involving the NFL.

The authority delayed a scheduled March 15 meeting to March 22 to review the last of more than 50 documents related to the stadium. Those documents are expected to be reviewed by one or more committees before being presented at the NFL owners’ meeting March 26-28 in Orlando, Florida.

Once owners have their questions answered and offer their own suggestions to the final agreements, the authority will have one more shot at tweaking the final versions of documents at a special meeting scheduled March 28 before turning everything over to county commissioners.

As far as the county’s role, Clark County Chief Financial Officer Jessica Colvin said that only the necessary signatures, the guaranteed maximum price and a few other details are needed for the commission to move forward.

Colvin said room tax receipts are coming in at expected levels to cover bond costs and provide legislatively required safeguards despite suggestions from critics in California who want the Raiders to stay in Oakland that room tax revenue isn’t high enough to cover bond payments.

Obligations can be met

“At this point, we feel the pledged revenues securing the stadium bonds are able to support the debt-service obligations, and if the revenue were to fall short, there are reserve funds available to fund that shortfall,” Colvin said in a telephone interview.

Colvin said there are two safeguards built into Senate Bill 1, the legislation that approved the $750 million in public financing dedicated to the stadium project. One is a requirement that approval of the bond sale is predicated on revenue generated by room tax revenue being 1½ times debt service payments. In essence, that means a maximum of two-thirds of collected tax would be applied to debt service, which includes principal and interest, and one-third would fund other aspects of the stadium, including operating expenses of the authority and funds for long-range capital expense improvements to the stadium.

Anything left over if tax proceeds exceed expectations would go toward the earlier retirement of debt.

Another safeguard built into the legislation is that the bond proceeds themselves would fund a reserve fund equal to one year’s annual average debt service payment. That amount would be determined once bonds are issued.

After a year of collections, tax proceeds continue to run ahead of projections.

“It is intended to be a very conservative estimate,” Colvin said. “That’s another reason for the debt service reserve in the event you have a temporary downturn in the economy or an incident that causes a couple of months to go below what we projected.”

That was the case in collections from October, November and December when the Oct. 1 shooting created an unexpected economic downturn.

Colvin noted that tax revenue is expected to increase over time with every new room added to Southern Nevada’s hotel inventory and increases in average daily room rates, which last year rose 2.7 percent from the previous year.

After the County Commission approves the bond ordinance, a bond sale will be scheduled, probably in late April. The county’s financial officers will assess the market, set an interest rate to pay for the cost of borrowing the money and sell the bonds through a group of seven banks underwriting the sale.

“The interest rate is determined on the day of pricing, so the day that we go out and sell the bonds is when we will determine whatever the market conditions are for municipal bonds,” Colvin said. “Those factors can impact the interest rate.” 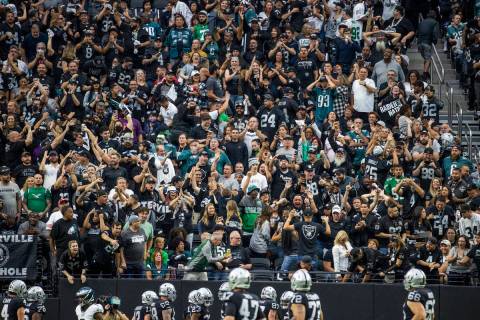 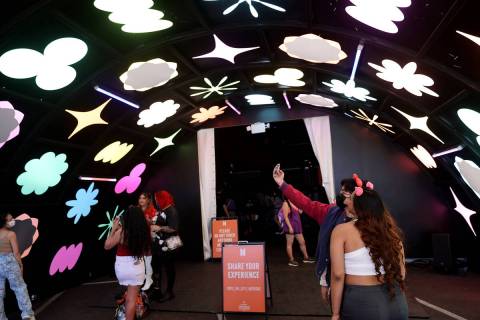 Members of the BTS Army couldn’t hide their excitement Friday ahead of the K-Pop band’s first performance at Allegiant Stadium. 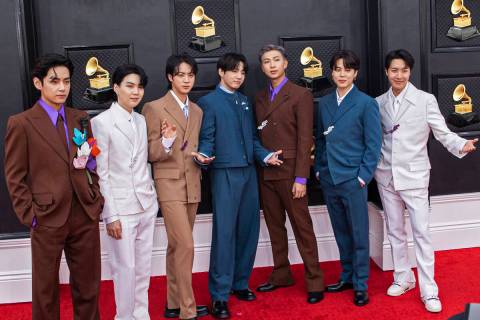 Want to go see sold-out BTS shows? Might not cost as much as you think.
By Jason Bracelin / RJ

Ticket prices for BTS shows at Allegiant Stadium shows are trending down on the secondary market. 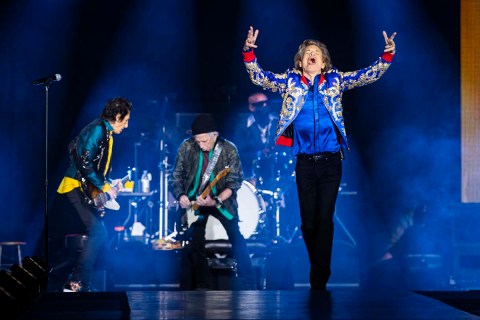 Concert sellouts at Allegiant Stadium have accomplished what developers hoped would happen — that a large number of out-of-towners would come to Las Vegas for the shows. 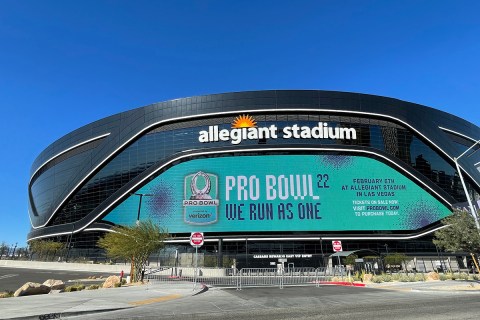 The giant tent will be open from 10 a.m. to 6 p.m. on the north side of Allegiant Stadium at Lot B, where the public can select from more than 20,000 items. 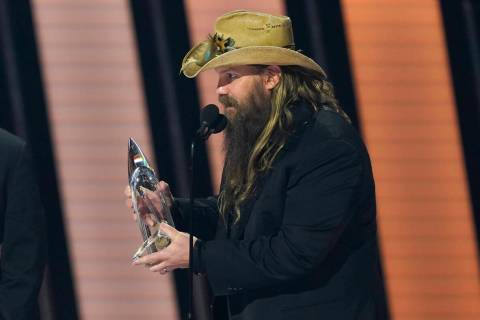