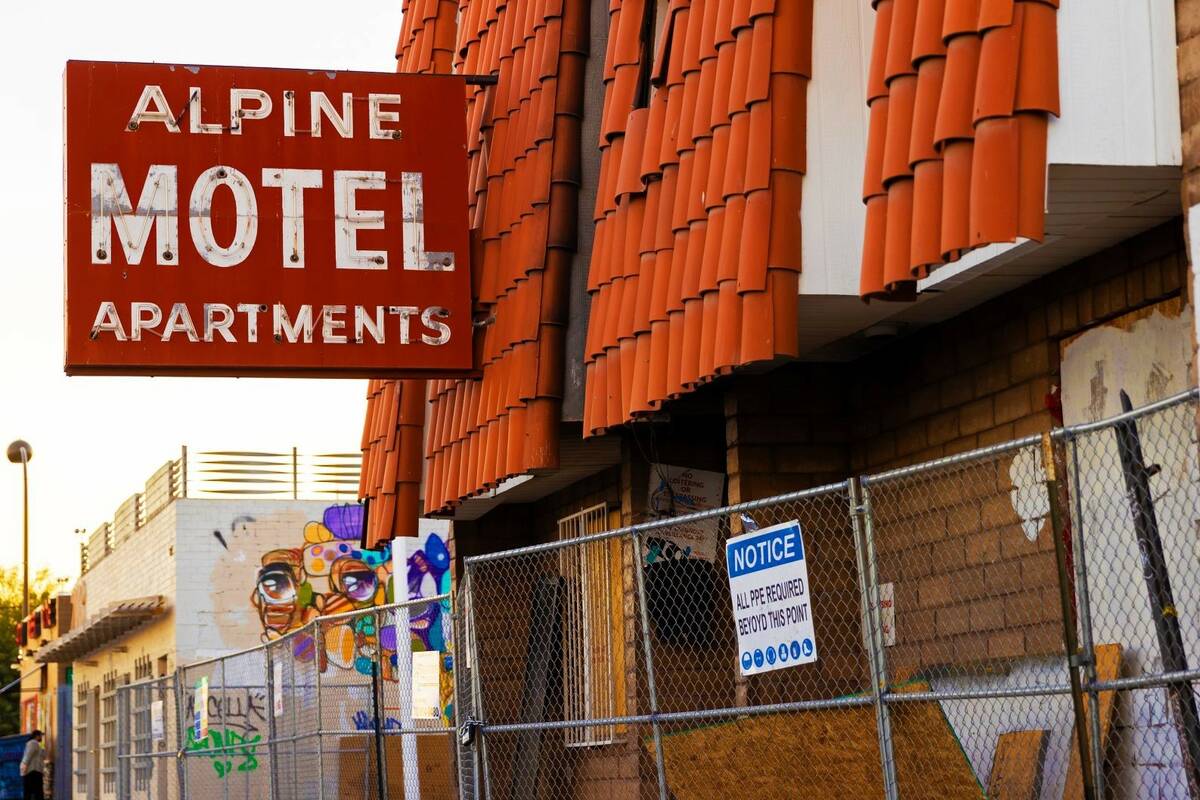 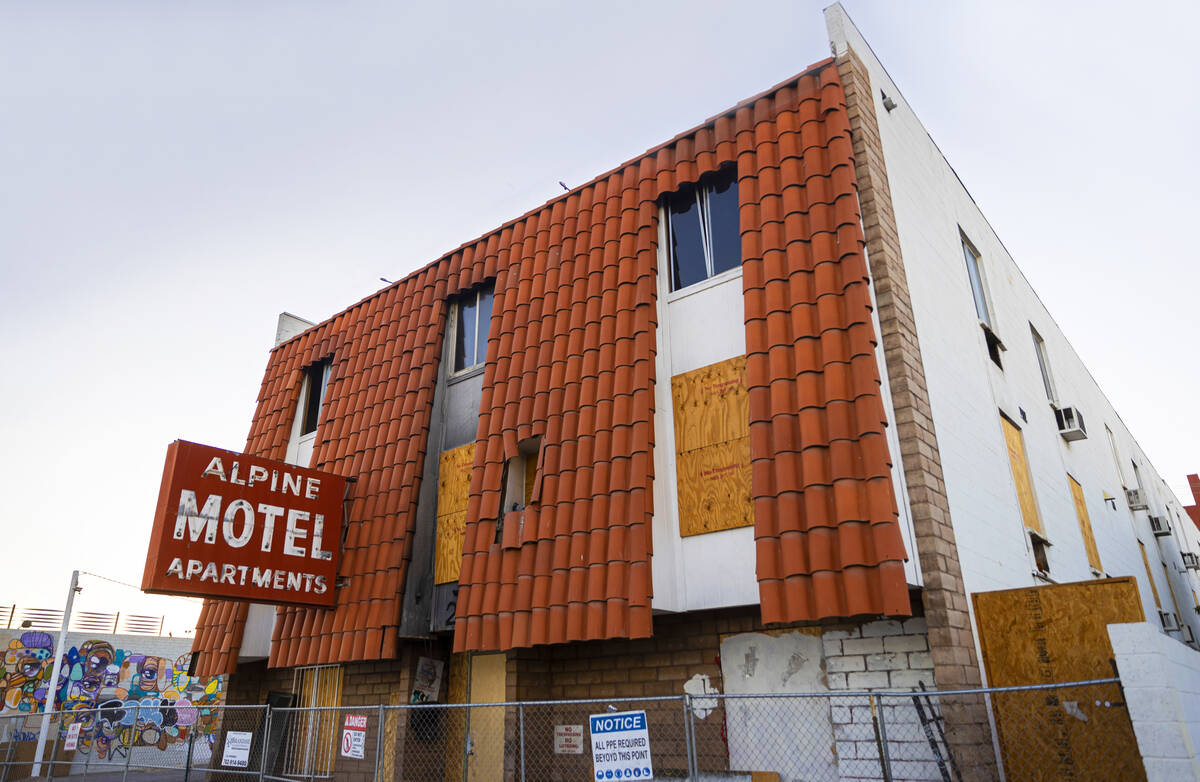 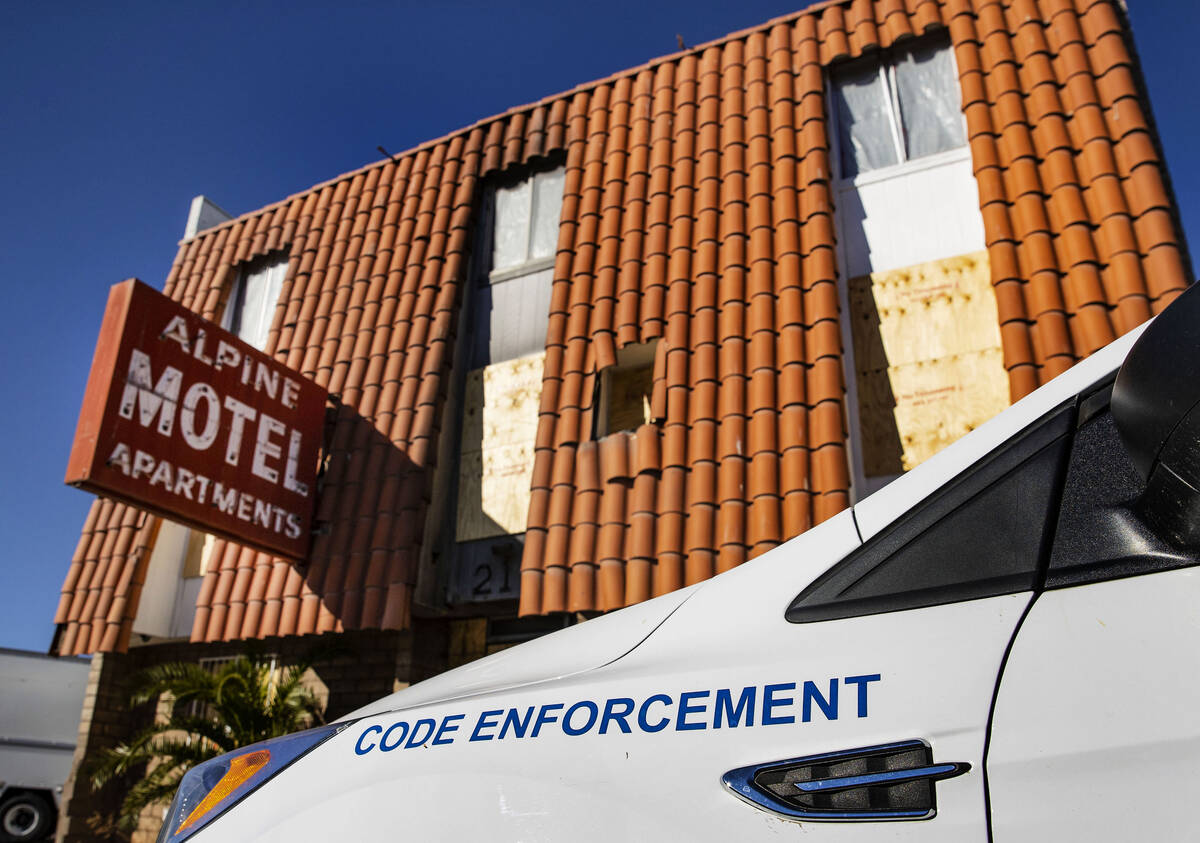 The code enforcement vehicle from the city of Las Vegas is parked outside of Alpine Motel Apartments, on Monday, Dec. 21, 2020, in Las Vegas. (Bizuayehu Tesfaye/Las Vegas Review-Journal) @bizutesfaye

The family of a woman who died in the 2019 Alpine Motel Apartments fire filed a lawsuit this week against the companies that maintained the building’s fire alarm system.

Six people died in the blaze on Dec. 21, 2019, making it the deadliest residential fire in Las Vegas history. The family of Tracy Cihal filed the suit in District Court on Wednesday against the Alpine’s owners and other companies in charge of safety equipment.

Cihal’s family had previously filed a wrongful death lawsuit against the building’s owner, Adolfo Orozco. A jury trial in that case is set for October.

When the blaze broke out, the Alpine’s back door was bolted shut, the fire alarm system was malfunctioning and the building did not have a working sprinkler system, according to prior court filings.

“These actions were negligent, reckless, willful, wanton and done with a conscious disregard for the rights and safety of others including the decedent, Tracy Ann Cihal, who was unable to escape the fire via the back door because the door was bolted,” lawyers Robert Eglet, Tracy Eglet and Danielle Miller wrote.

At the time of the fire, the building constructed in 1972 had gone almost three years without a city fire inspection. In the aftermath, investigators cited more than 40 fire code violations, including the sealed rear exit and a faulty fire alarm system.

Orozco and former Alpine manager Malinda Mier each face six criminal counts of involuntary manslaughter, along with multiple other felony charges, in connection with the fire.

According to prior court filings, a fire alarm at the building was triggered Nov. 28, 2019, and the system was improperly reset afterward. EDS Electronics received a signal indicating the system was malfunctioning every 24 hours, up until the fire.

In a lawsuit filed last week, Orozco claimed EDS did not notify him of the malfunctioning alarm. But the company’s manager, Erin Stevens, testified in August 2020 that the company was unable to reach Orozco.

Only after the fire, Stevens testified, did EDS realize that buttons had been pressed that had incapacitated the alarm system.

Wednesday’s lawsuit was also filed against Cooper Wheelock Inc., which manufactured a “horn strobe” fire alarm in the building that did not go off during the 2019 blaze, court records show.

Cihal was a 57-year-old widow who lived on the ground floor and used a walker to get around. Her body was found in the Alpine’s hallway, near the bolted door, court records show.

Investigators later determined the blaze originated from an unattended stove top in one of the apartments. While the exact cause of the fire remains unknown, it was ruled accidental.

Lawyers for Cihal’s family did not immediately respond to request for comment. 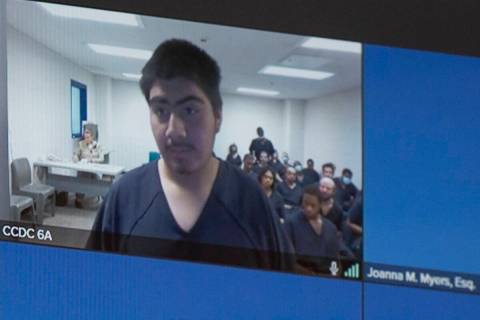 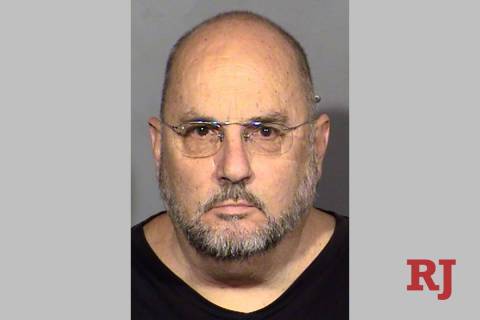 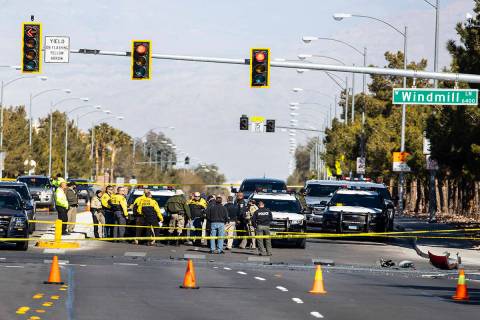 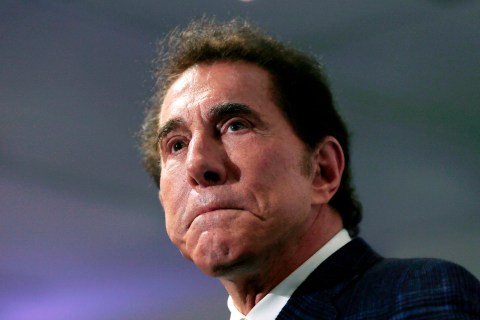 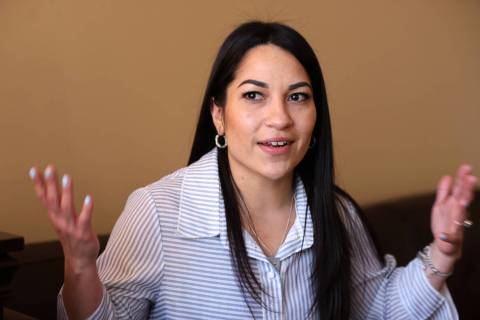