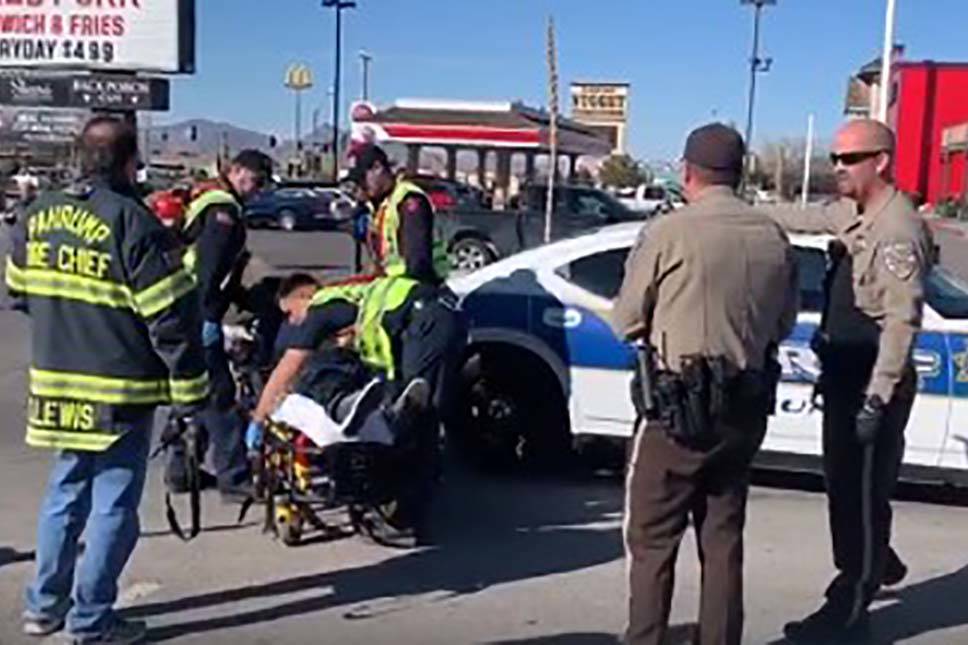 A Nye County Sheriff’s deputy sustained minor injuries Saturday during the pursuit of a stolen vehicle in Pahrump.

While fleeing from a traffic stop, a car ran into a Nye County Sheriff’s Office motorcycle, “dragging one of our deputies,” Capt. David Boruchowitz said in a video statement Saturday.

The deputy sustained minor injuries and was transported to Desert View Hospital in Pahrump for treatment, Boruchowitz said.

The driver — whose name hasn’t been released — was arrested and transported to Desert View Hospital. He will be booked on “numerous charges relating to this incident,” Boruchowitz said.

Nye County deputies stopped a vehicle for a traffic offense and then learned the vehicle had been stolen, Boruchowitz said. The driver then sped off in the vehicle.

Deputies pursued the vehicle for several minutes, Boruchowitz said. The vehicle came down Nevada Highway 160 on the sidewalk and drove over the rocks in front of Gold Town Casino, coming to rest in the casino’s parking lot.

The driver got out of the vehicle and “took off on foot,” Boruchowitz said, and was pursued by deputies. Deputies arrested the driver in the casino parking lot.

A passenger in the vehicle was dropped off at some point during the pursuit, he said, but deputies later located that person. An investigation is ongoing. 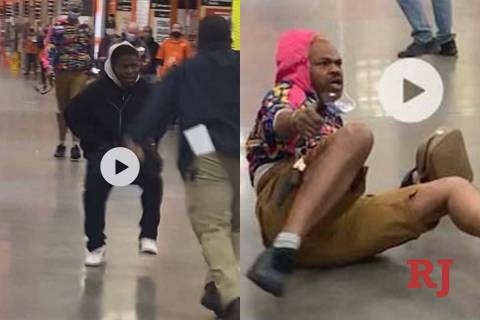 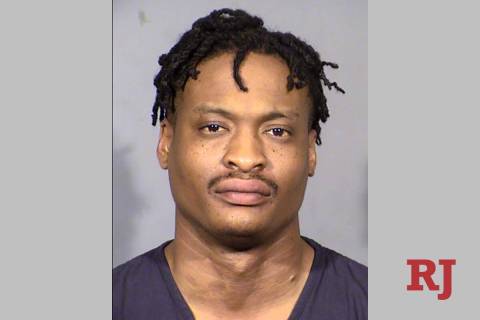