Maurice Parker, 34, was pronounced dead around 11:30 p.m. at a Las Vegas convenience store on the 2500 block of North Pecos Road, near East Carey Avenue, according to the coroner’s office.

Parker was shot by detectives who went to the business as a follow-up on a shooting that occurred earlier in the evening. Police were investigating the possibility that a suspect in the earlier shooting worked at the business.

“Officers entered the business and saw the suspect involved in the shooting earlier that evening,” Metropolitan Police Department Capt. Sasha Larkin said at the scene. “They immediately told him to put his hands in the air. The suspect initially complied, but then he turned on the officers and reached for a handgun he had in his waistband, and the officers fired at the suspect.”

The names of the officers are typically released within 48 hours of the shooting, but they were not yet available Thursday night.

Parker’s cause and manner of death were still pending from the coroner’s office. 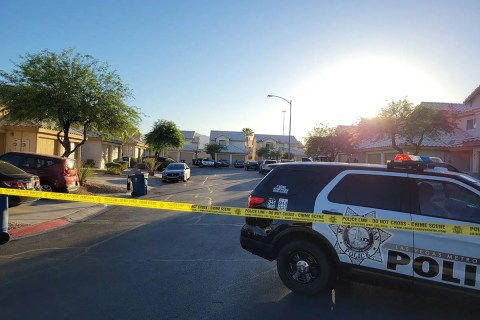