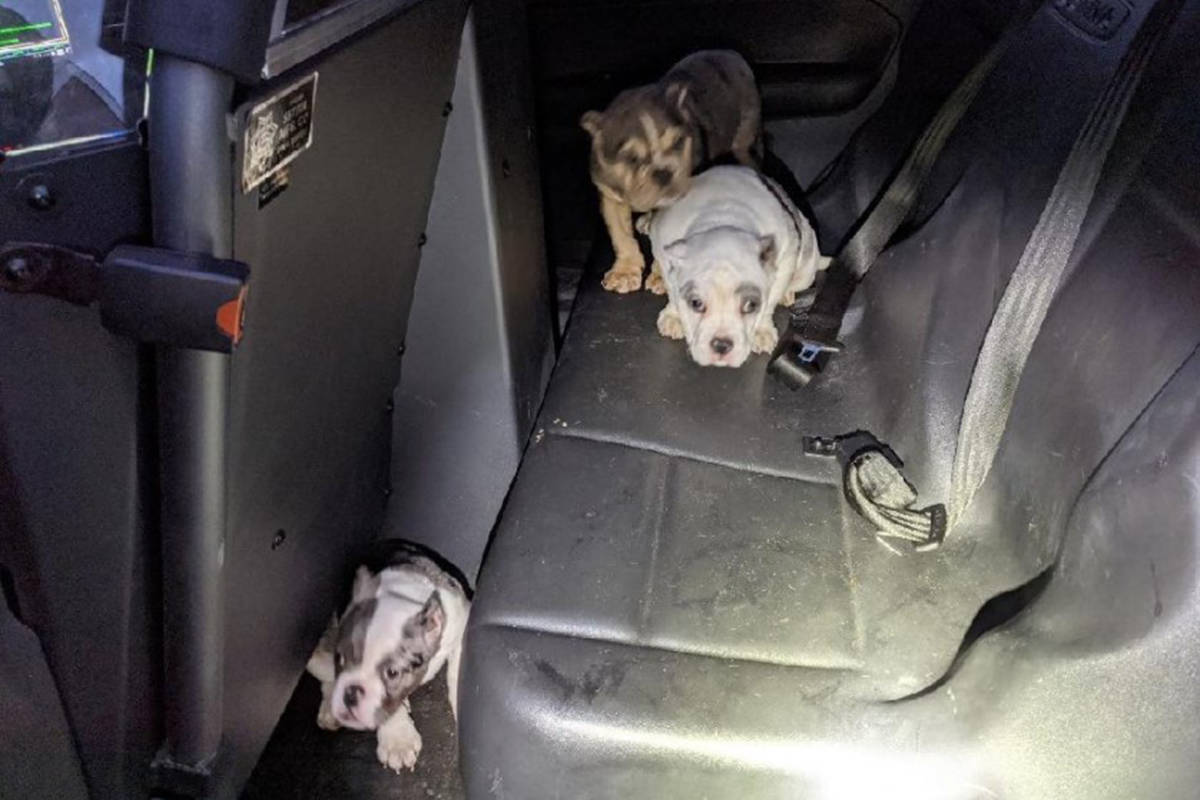 Las Vegas police said two armed men stole a trio of English bulldog puppies at gunpoint in northeast Las Vegas early Monday, but one of the men was quickly apprehended with the help of a K-9 police dog.

Police at 1:37 a.m. first received a report of an armed robbery at a home on the 6800 block of Cherry Grove Avenue, near East Lake Mead and North Hollywood boulevards, Metropolitan Police Department Lt. David Gordon said.

Armed with handguns, the two men “demanded the puppies from the victim,” Gordon said.

With the puppies in hand, they left the scene in a four-door vehicle.

Police later noticed a vehicle matching the description of the dognappers in the area of Nellis and Lake Mead boulevards.

The vehicle then drove down a cul-de-sac and the suspected dognappers ran from it, Gordon said, “leaving the puppies behind.”

Police set up a perimeter and brought in a K-9 dog to try and tail the men. One person was taken into custody a short time later. By noon, a second was arrested.

“The puppies were safely recovered and returned to their owner,” Gordon said.

Police also released a photo of the retrieved dogs in the back of a patrol vehicle.

“The back of a patrol SUV never looked so cute,” police said in a tweet.

Both men were booked into the Clark County Detention Center on charges of robbery with a deadly weapon and conspiracy. Warfield also faces charges of burglary and possession of a gun by a prohibited person.