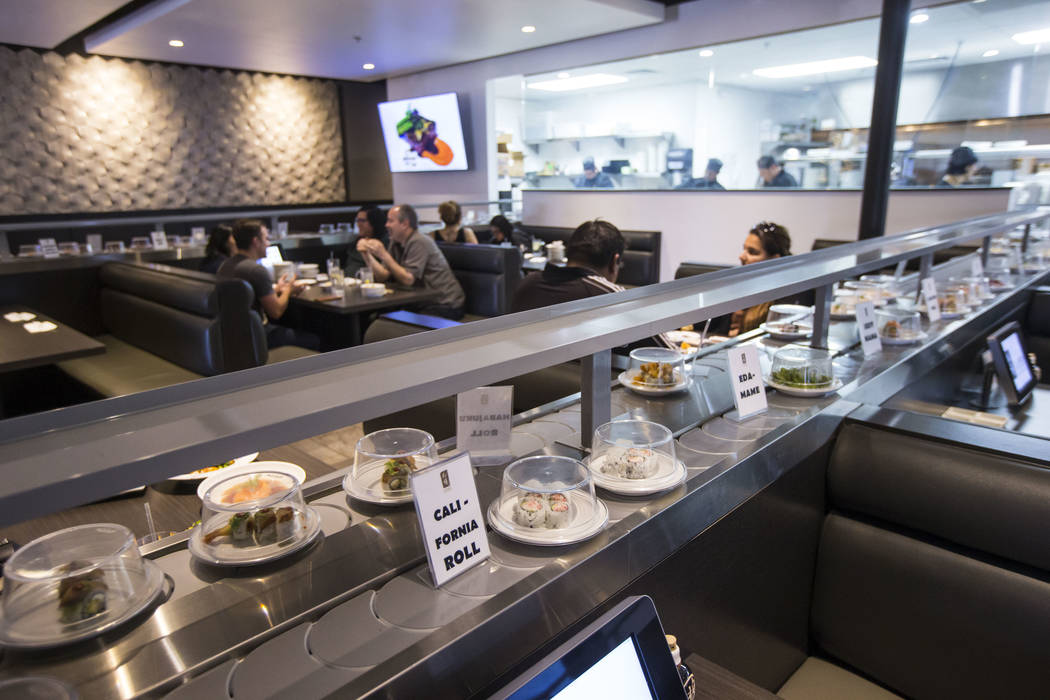 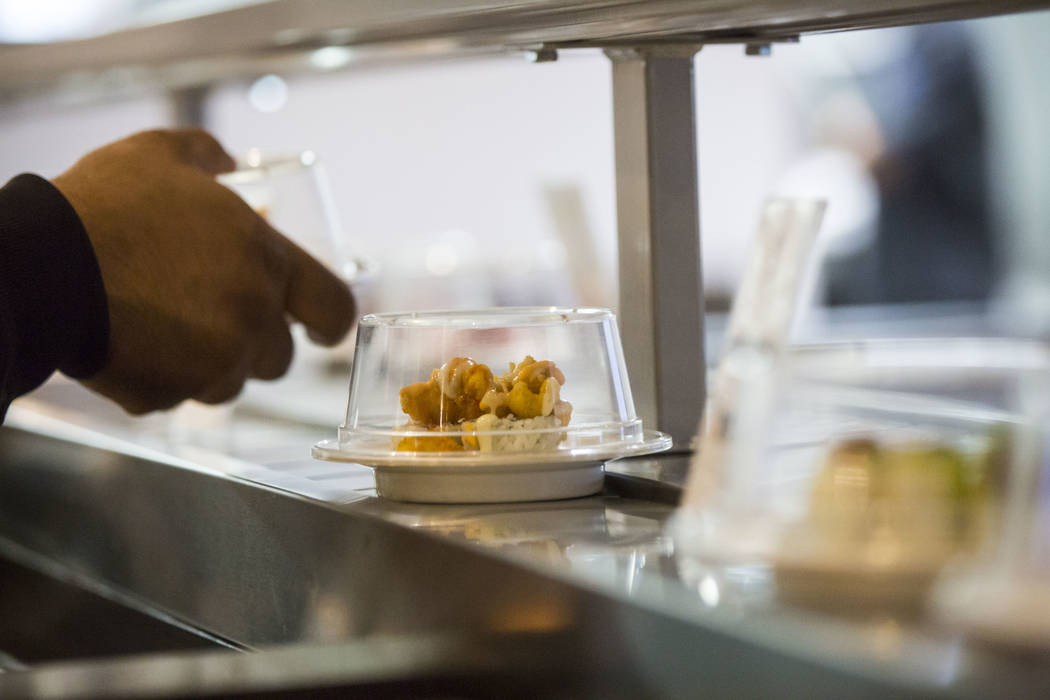 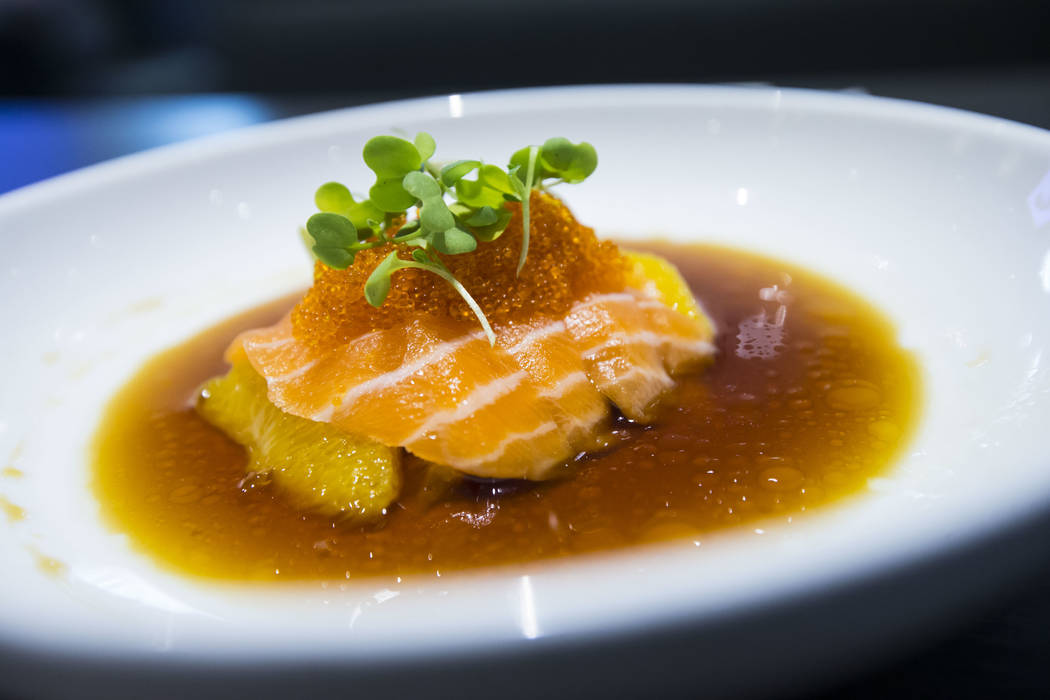 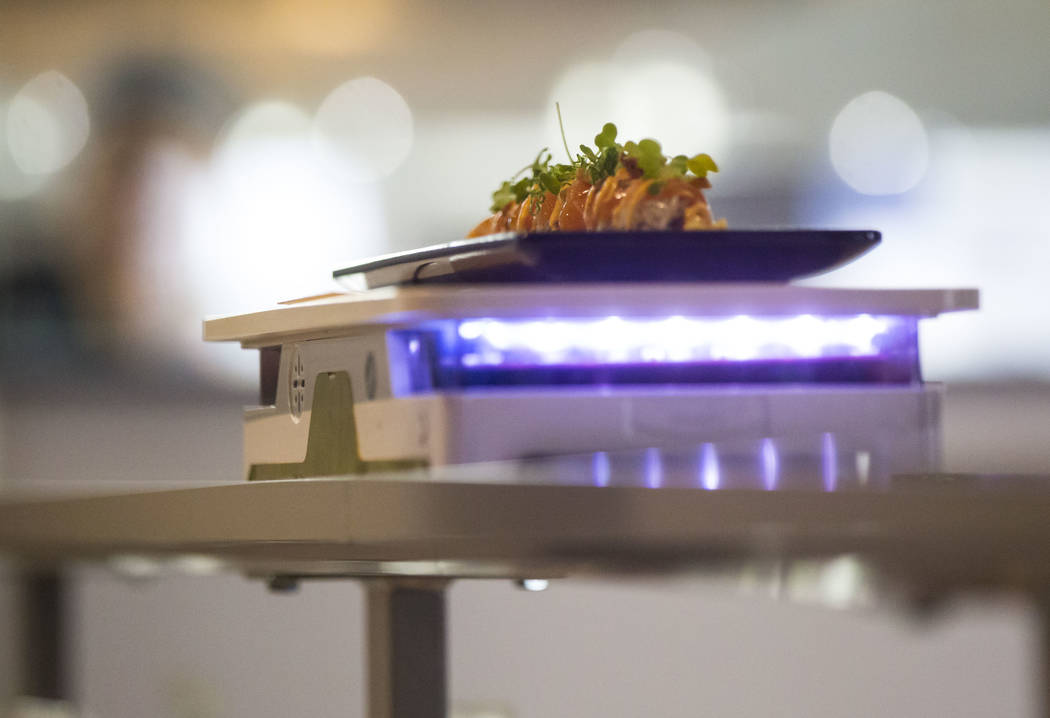 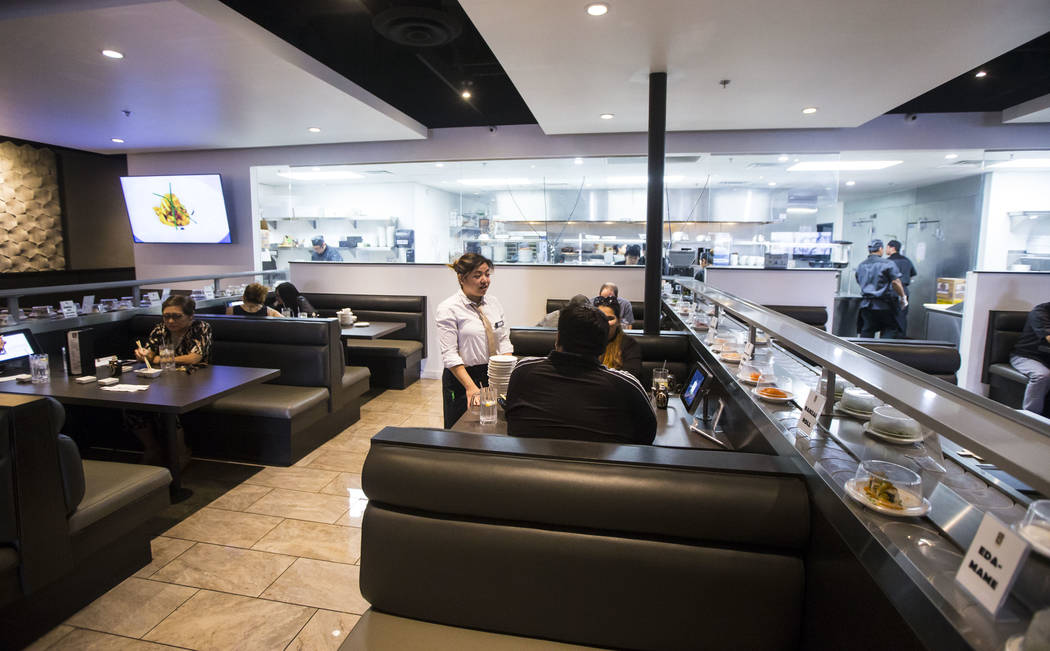 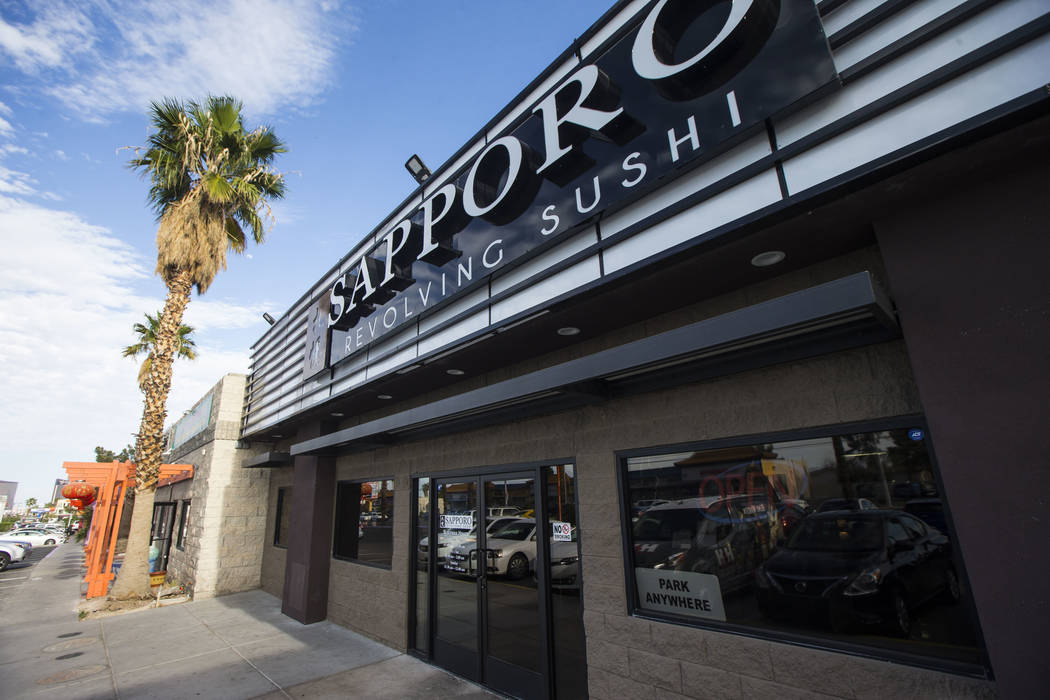 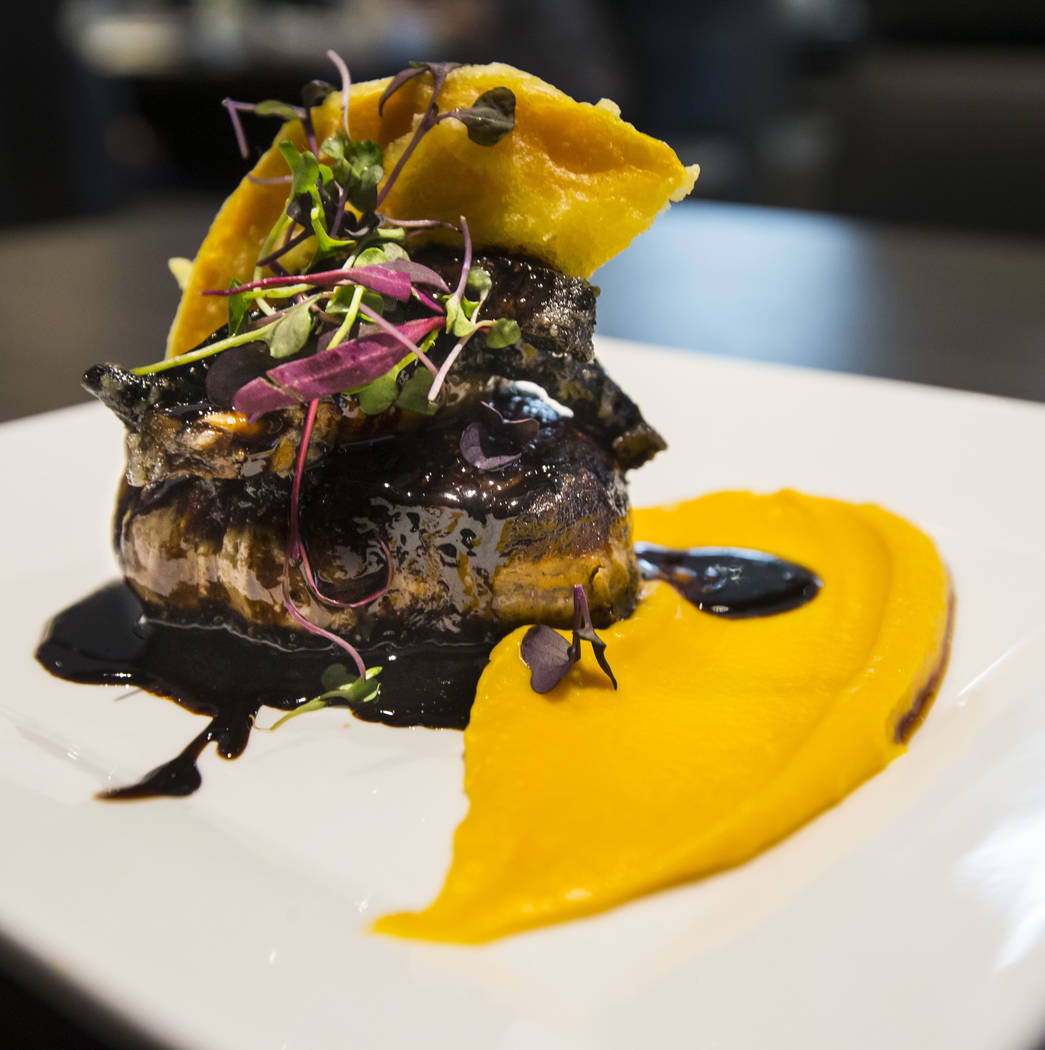 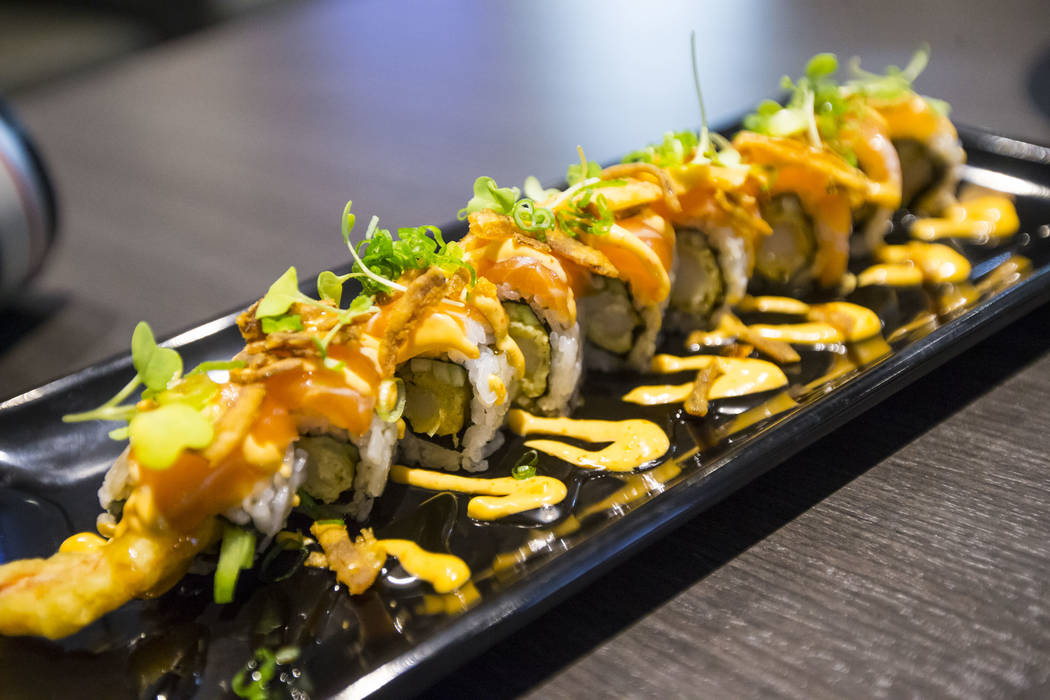 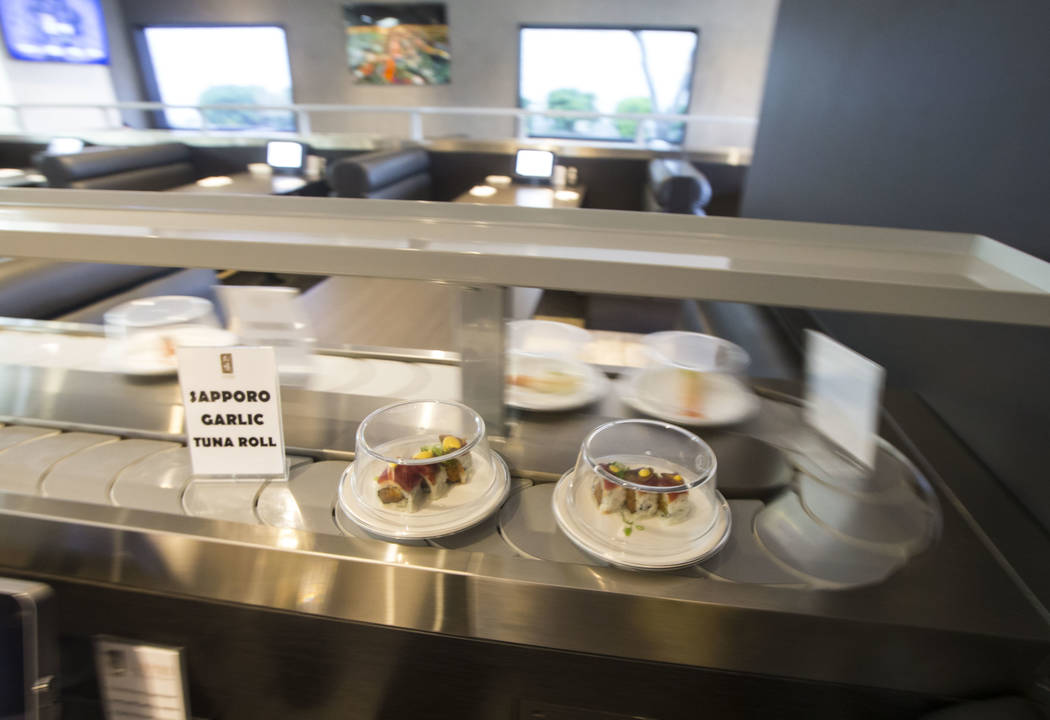 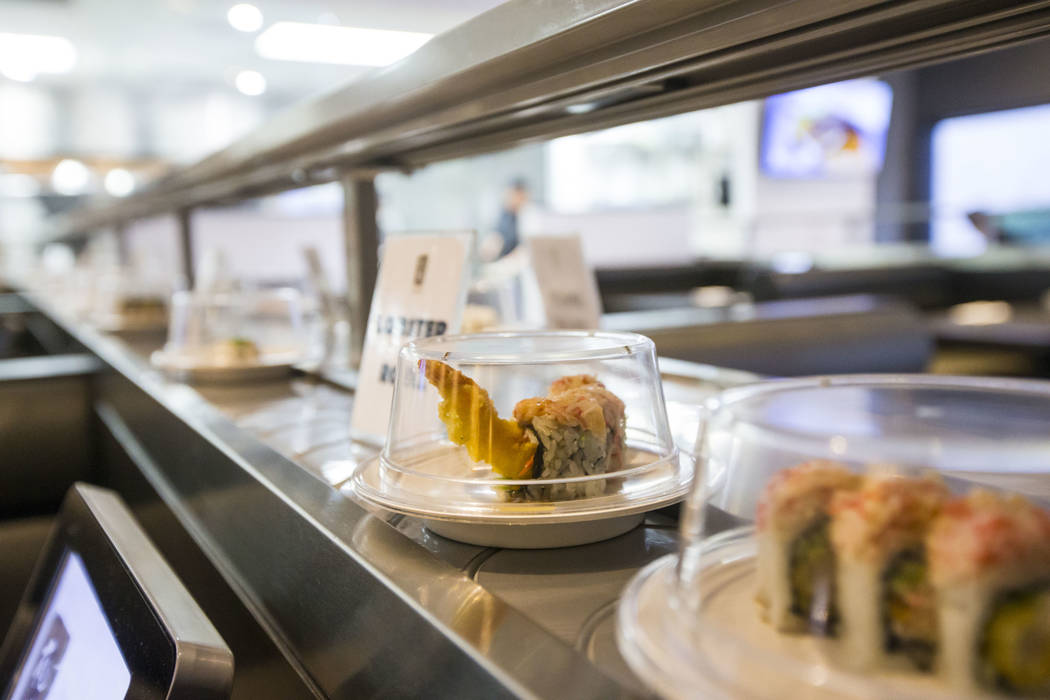 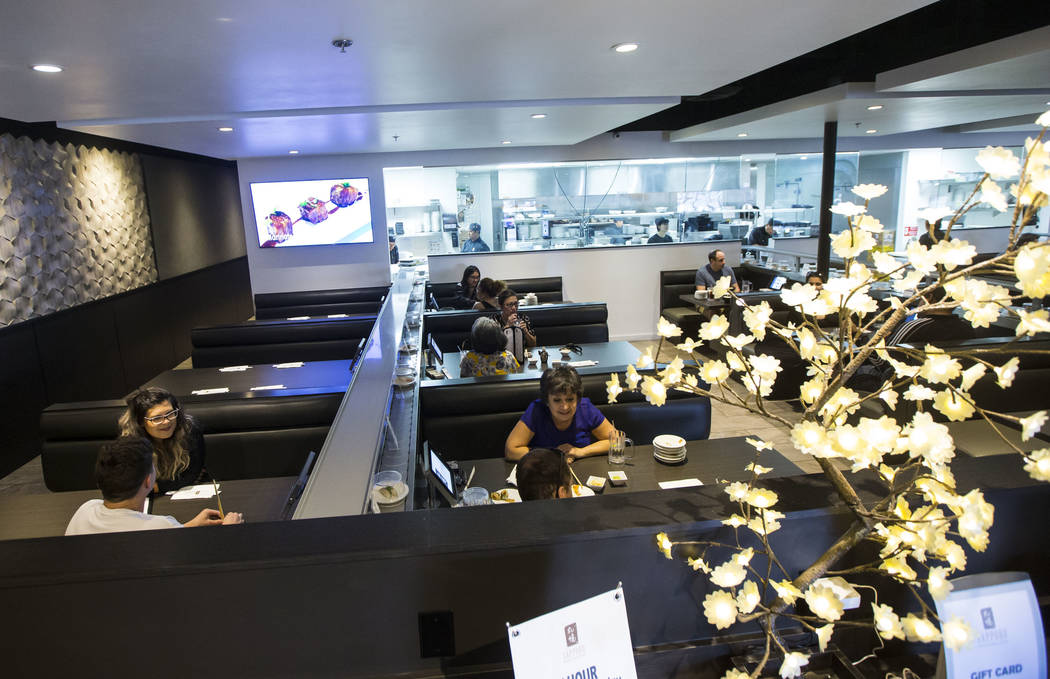 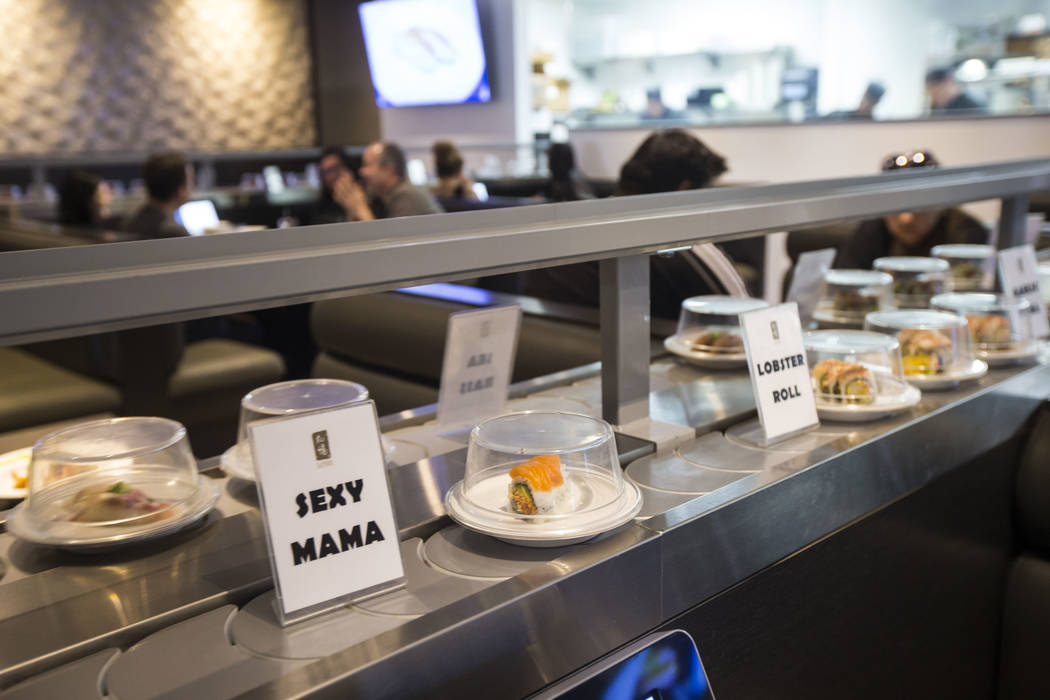 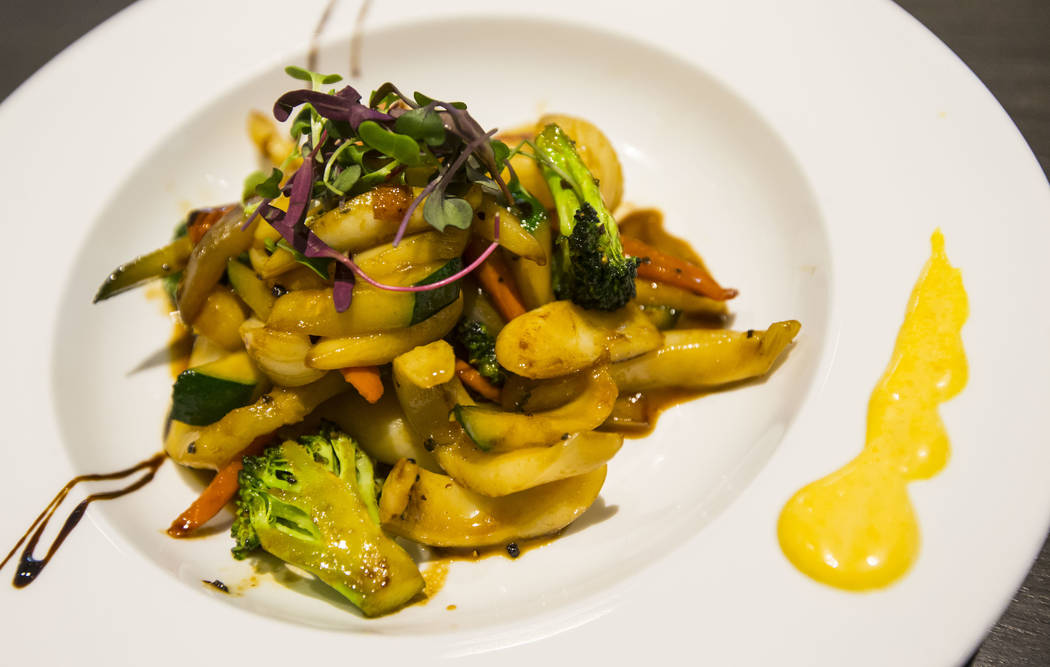 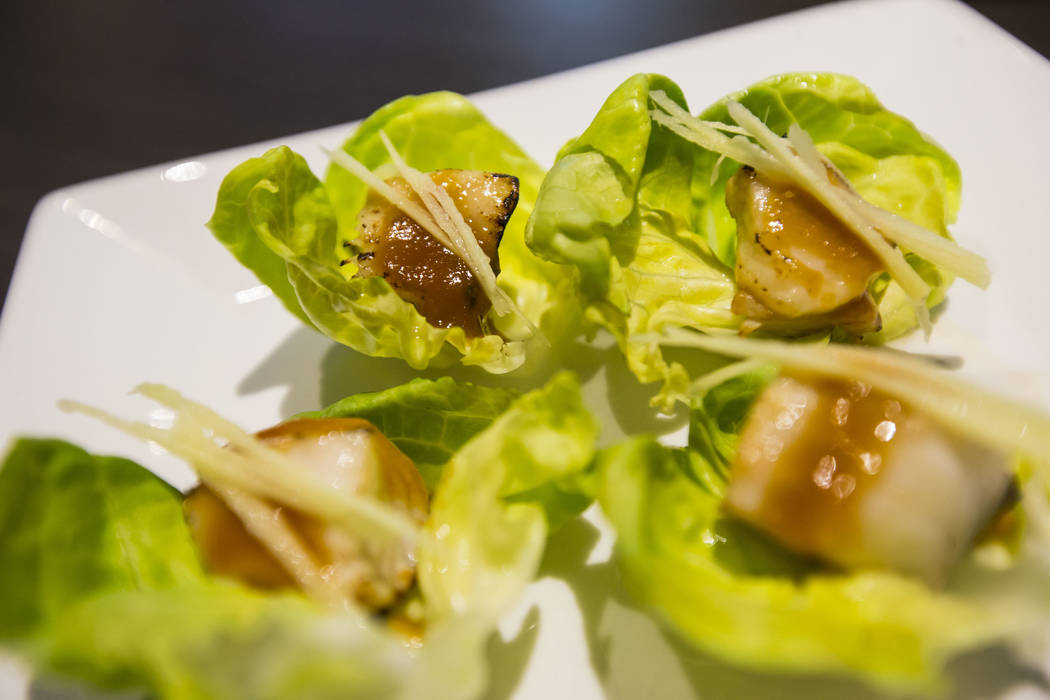 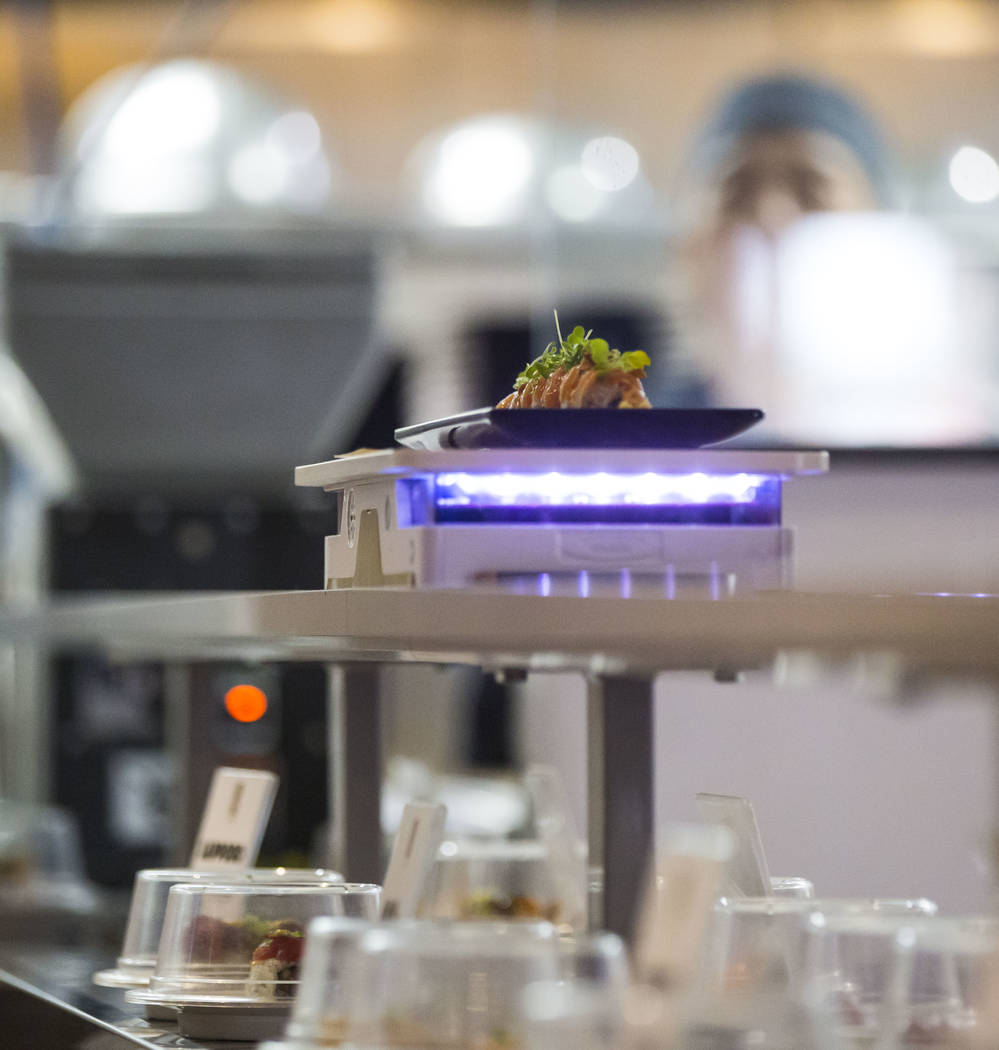 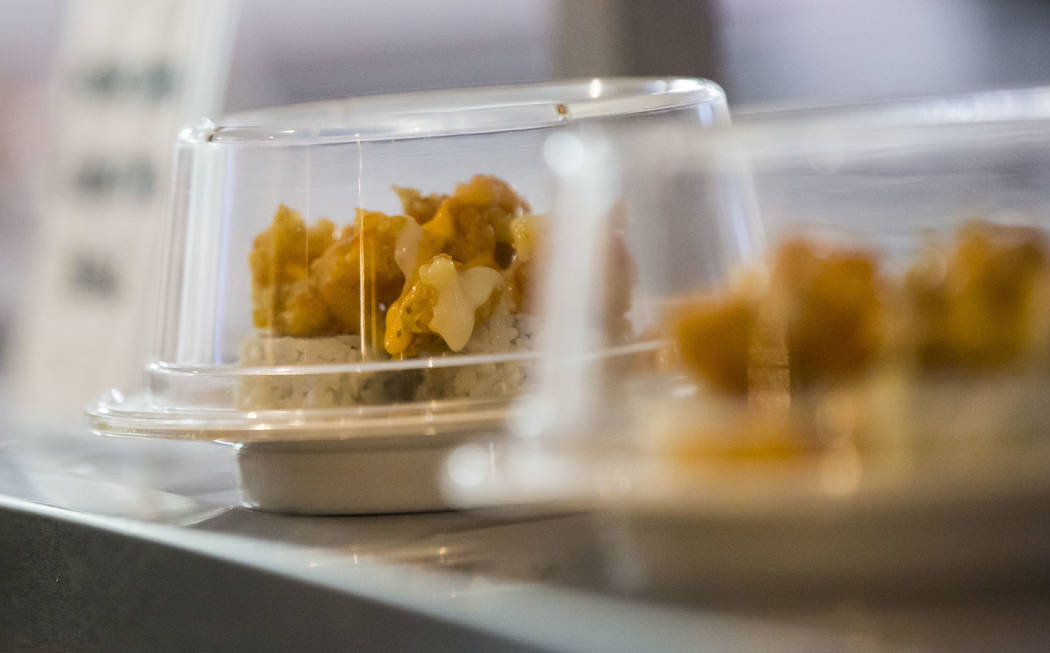 For fresh, well-executed sushi with a side of fun, you won’t find a better place in the valley than Sapporo Revolving Sushi. Neither will you have a lazy river of food roll right by your table, or other dishes arrive via talking robotic device.

Sushi spots abound in Las Vegas but there’s only one like this, where plate after plate of vinegared rice paired with fresh seafood, crunchy vegetables and briny roe pass right by — if you’re not quick enough to grab them.

Restaurants with conveyor belts serving food aren’t unusual in some parts of the world, but they’re still a novelty in Southern Nevada. Often those belts bear sushi, but since the first local one here was a hot-pot spot, Sapporo breaks new ground.

Here’s how it works: a conveyor belt holding dozens of dishes with clear covers snakes through the dining area. Customers take plates, which are counted at the end of the meal, with a $2.50 per-plate charge. The bulk of the dishes were slices of rolls, but other options were edamame, nigiri, salads and desserts.

Sapporo isn’t all sushi, all the time. A full menu of ramen, tempura, sashimi and more rolls is available on an iPad at each table, with simple ordering instructions. Seemingly out of nowhere, a squat robotic device races up to the table on a track above the conveyor and instructs patrons to take the food. With the push of a flashing button, it dashes off again.

Appetizers sampled were a mixed bag. Deep-fried Brussels sprouts ($4.95) were brilliant, the soy-seasoned little cabbages separated into leaves that were ethereal after frying, with thicker pieces providing textural contrasts and flavor punches.

Cheese Tonkatsu ($4.95), the classic dish of breaded, thinly sliced pork, was wrapped around cheddar and mozzarella, fried and sliced into four pieces, and served on a small pool of pureed cauliflower. The melted cheese weighed down meat that’s normally light and crispy, and the bland cauliflower added nothing.

The conveyor-belt sushi was perfectly prepared, even if the options were mostly conventional. These were good renditions of standards such as spicy tuna, tamago (sweet egg), tiger roll, spicy crab and garlic tuna. The often overlooked inari (tofu skins stuffed with sushi rice and folded into packets) were excellent; as were the tiny tuna tacos tucked into cruchy wonton shells with microgreens and masago; and rolls topped with crisply coated popcorn lobster. White chocolate yuzu cake was a moist, tender wonder with a silken filling. Other choices included octopus, smoked salmon, seared Cajun albacore, shrimp, lobster and much more. Small sizes enabled sampling of numerous varieties.

Early in the evening the selections seemed a little tame and leaned heavily toward tuna and crab, but as the place filled up (it apparently has caught the attention of conventioneers), there was more variety.

While diners don’t have much contact with humans, who mostly deliver drinks, chopsticks, soy sauce and the check, service was satisfactory. Decor is simple and streamlined. There’s a view of the cooks at work in the glass-fronted kitchen, and the rest is mostly neutrals with a few art accents and mirrors that make the conveyor belt appear even longer. That seems like a wise choice.

Who wants to be distracted by decor when there’s so much to see? 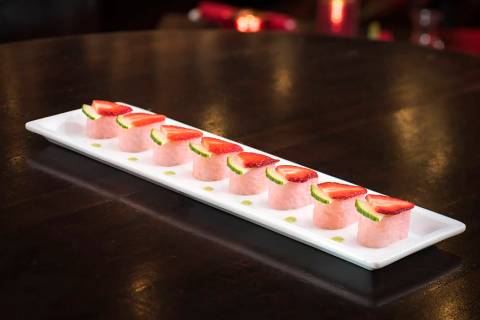 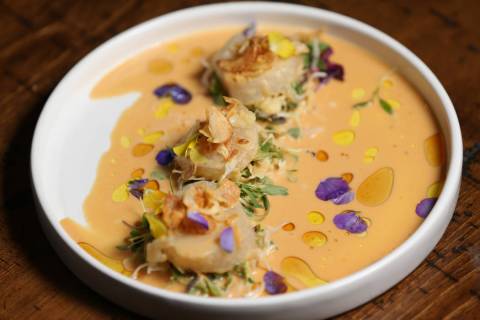 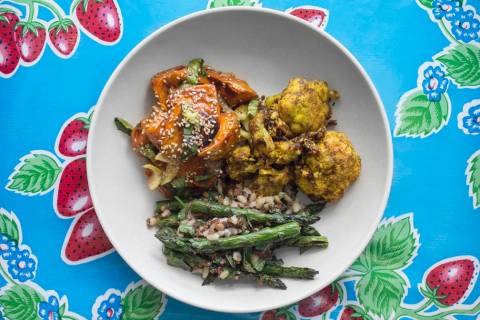 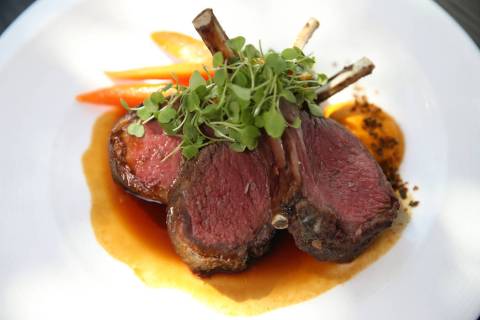 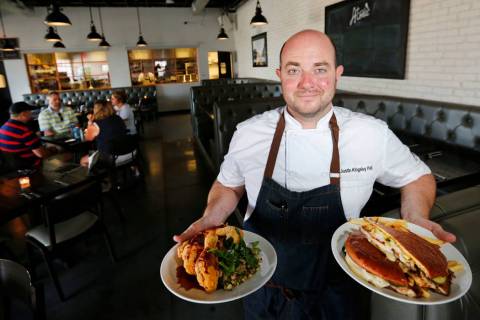 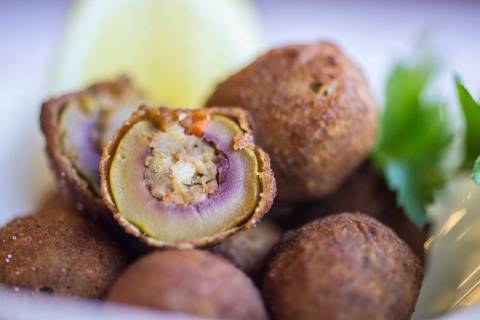 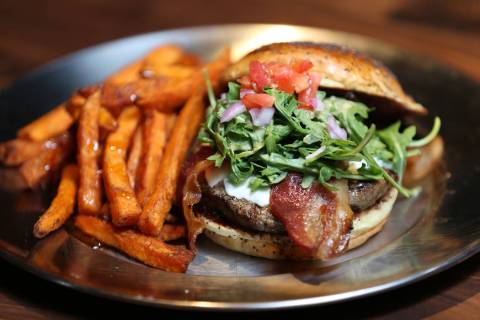 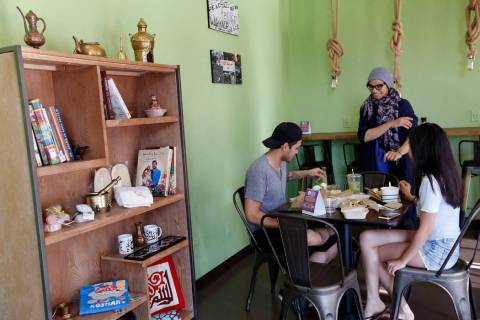 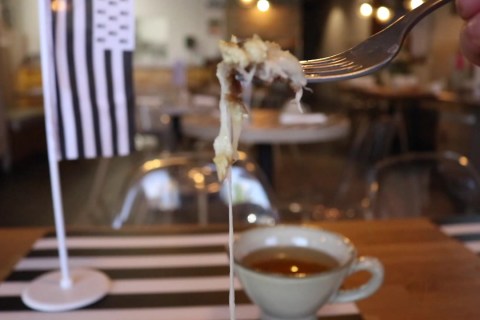 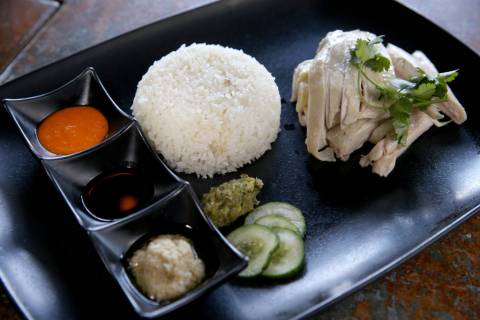