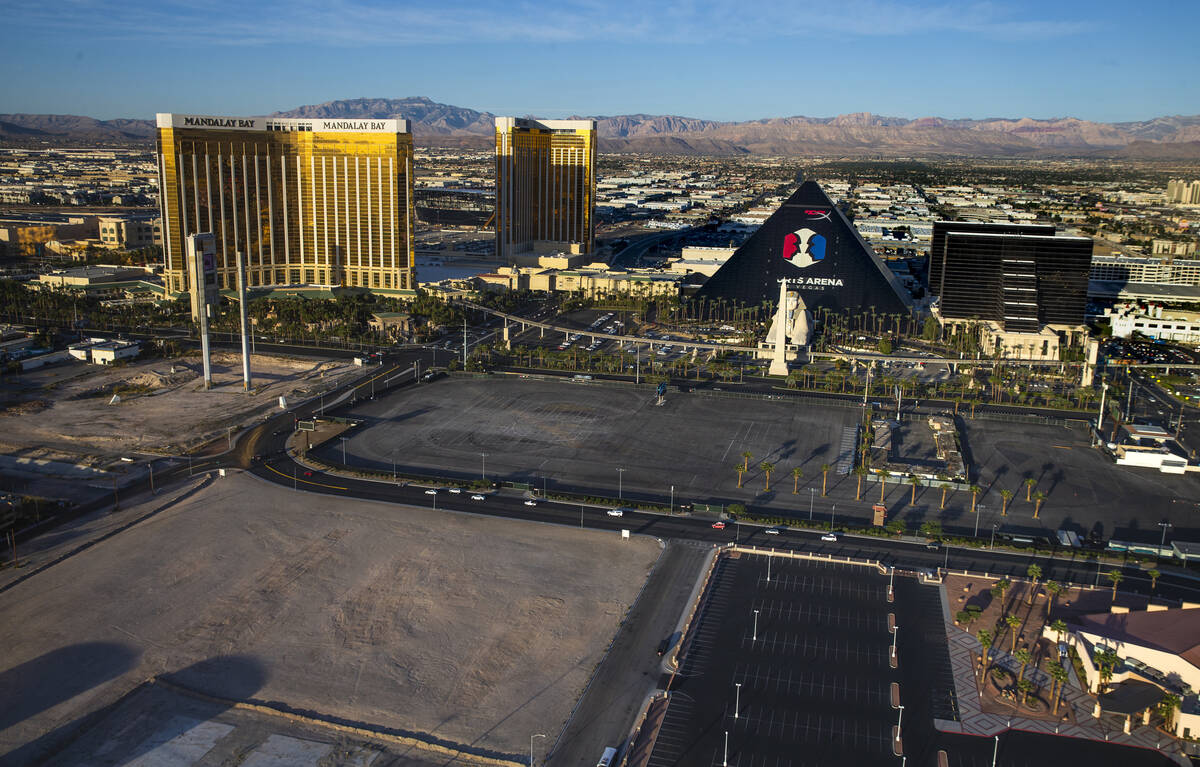 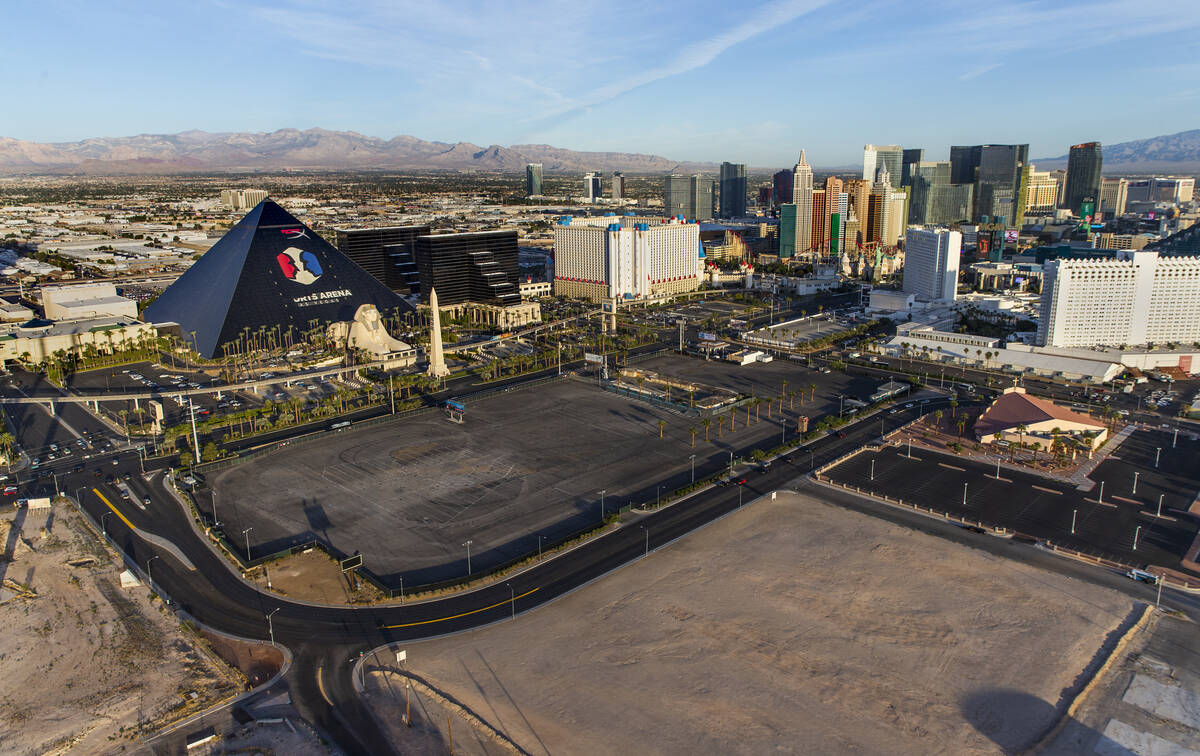 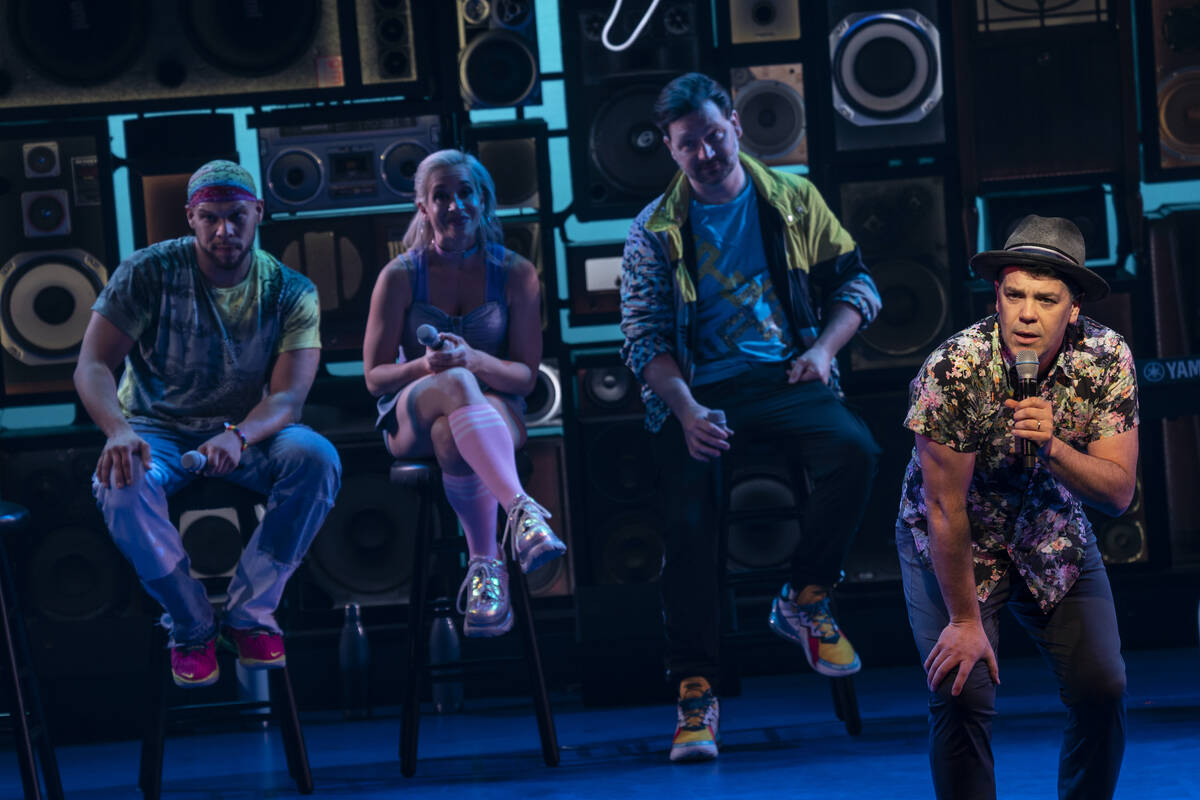 From left: Jay Ellis, Morgan Reilly, Chris Sullivan and Anthony Veneziale are shown from "Freestyle Love Supreme," opening in November at the Summit Showroom at The Venetian. (Joan Marcus) 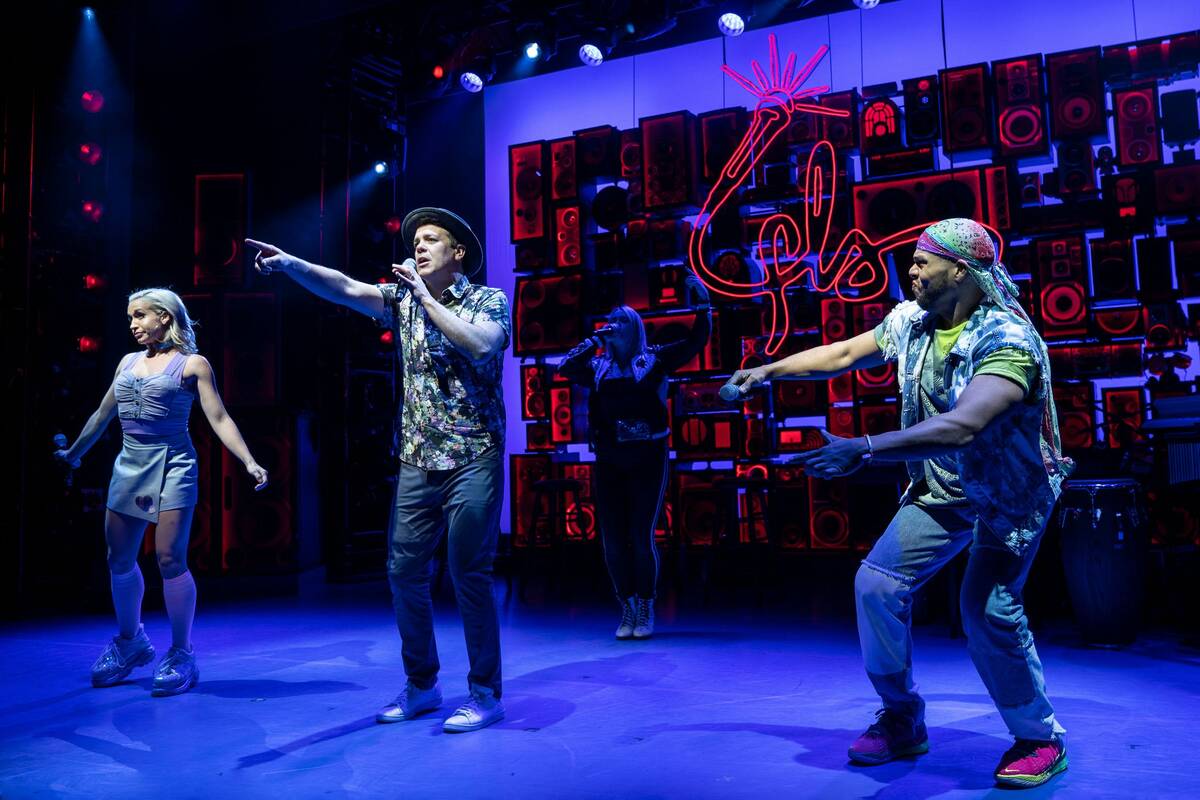 From left: Morgan Reilly, Kaila Mullady (back), Anthony Veneziale and Jay Ellis are shown from "Freestyle Love Supreme," opening in November at the Summit Showroom at The Venetian. (Joan Marcus)

Less certain is the timeline and planning for the former Village’s long-term use.

MGM Resorts International spokesman Brian Ahern and Clark County spokesman Erik Pappa have confirmed that a section of the former Route 91 Festival parcel will serve as a Oct. 1 memorial.

In August 2021, MGM Resorts donated the 2-acre parcel on the northeast corner of the 15-acre property to Clark County for this effort.

The Clark County 1 October Committee has established a web portal to submit creative expressions for the site. Five design teams enlisted by the county will review those submissions (go to clarkcountynv.gov to see a gallery of works and ideas, and for further information).

Pappa says the 1 October Committee is to forward a recommendation to the County Commission next summer. The actual completed memorial will depend on what type of project is created. We expect a decision to be made by October 2023.

But that exhibit hasn’t been the only proposed plan for the plot.

In September 2019, MGM Resorts announced it intended to turn the space into parking for Las Vegas Raiders and UNLV Rebel football games and other events at Allegiant Stadium and also a community and athletic center. The company has not announced any updates since then. But there has been no apparent work on the parcel to create that mixed-use facility, and no announced plan for its use.

We anticipate Lin-Manuel Miranda will attend the Nov. 16 performance of “Freestyle Love Supreme” at The Venetian’s Summit Showroom. We will stop short of announcing he will actually perform. But if there is a stage…

Twin tap tandem Sean and John Scott have developed a new act in “Absinthe.” Titled “The Revamp,” the number reportedly has a James Brown vibe and has the guys interacting more with the crowd than previously. Having not even seen it, we can report it kills, because it is Sean and John.

Road-tripping with Fifth Avenue co-founder and dear friend Jerry Jones as sidekick, we picked up a road victory Wednesday in Los Angeles by catching Clint Holmes’ tribute to Peter Allen at Feinstein’s at Vitello’s. Very cool. Reminds of Myron’s. Holmes was fantastic, as always, alongside special guest and column fave Jane Monheit.

Afterward, I caught up said hello to entertainment legend and avid Las Vegas Broadway in the HOOD supporter Ben Vereen, and iconic producer/composer David Foster, both of whom took in the show (if you were to Google their names, you would find one of the more remarkable near-tragedies ever in entertainment).

Foster spoke of his return to Encore Theater on Dec. 16-17, when he will again share the stage with his wife and co-star Katharine McPhee. In this two-night run, McPhee will be much more a co-star, performing throughout the show.

What is the opposite of the Strip?

The Stock Hay and Grain Farm in the tiny Nebraska town of Murdock. Country music artist Luke Bryan played there Thursday night, drawing 14,000 fans to a farm outside a town of about 200 (the show got a crop-ton of rain, we heard).

The concert was part of Bryan’s annual “Farm Tour” of agricultural/festival venues. He was to play Ziel Farm in Boone, Iowa, on Friday. On Saturday, it’s Gar-Lin Dairy in Eyota, Minnesota.

Bryan will again plow the Vegas scene at The Theatre at Resorts World on Nov. 30. He’ll arrive just ahead of a series lined up with the National Finals Rodeo, where on Dec. 2 he will appear as part of the NFR’s preshow at Thomas & Mack Center.

Tuscany and Don’t Tell Mama showman Kenny Davidsen is sort of off the grid, because of the gridiron, during the NFL season. The bow-tied bandleader is busy with with his 70 — that number is correct — fantasy league teams. We’ll catch up with him after the Super Bowl, I suppose, to take financial and emotional inventory.

What Works In Vegas

Lon Bronson Band at Myron’s. Bronson has signed on for six dates, one per month, in the first half of 2023. The band is set to play again Oct. 14. Next year’s shows mark Bronson’s 10th anniversary in the club, originally named Cabaret Jazz. He had considered pitching the legendary Vegas horn band entirely in early 2013. But with some not-so-gentle nudging, he opted to try out Cab Jazz. The band has sold out dozens of shows since. 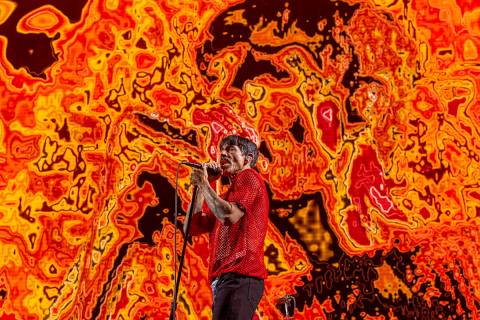 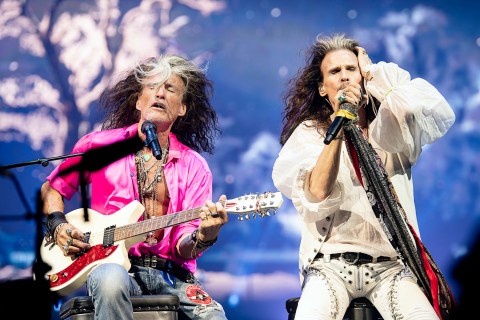 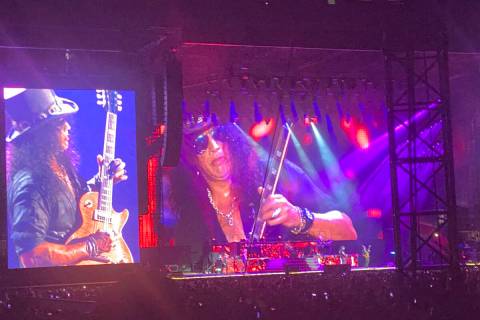 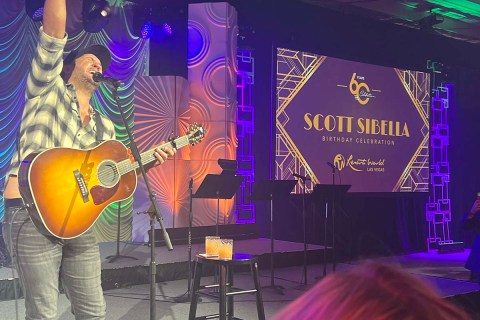 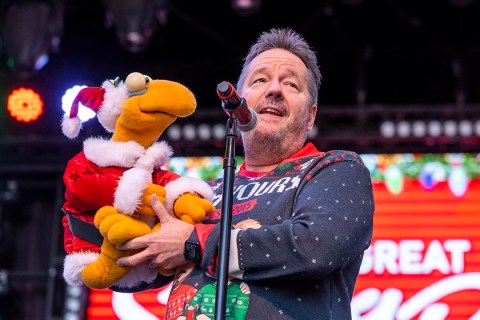 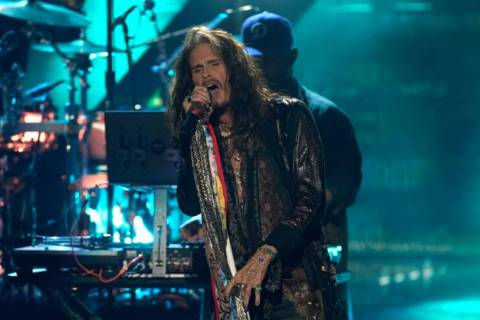 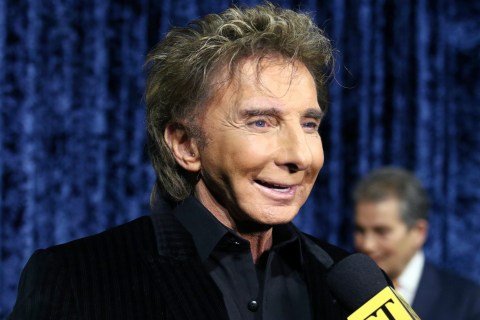 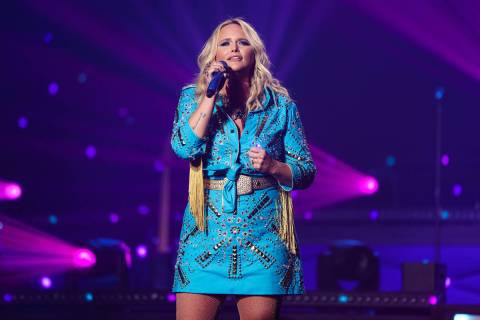