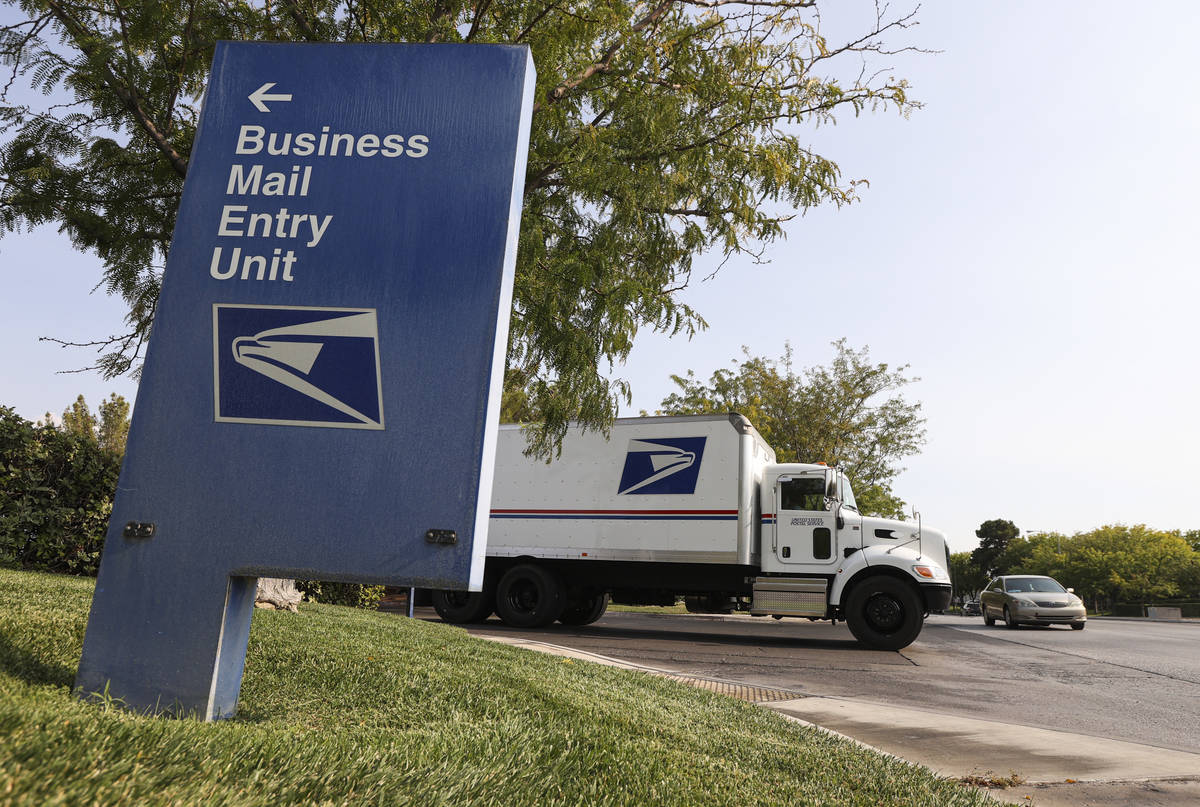 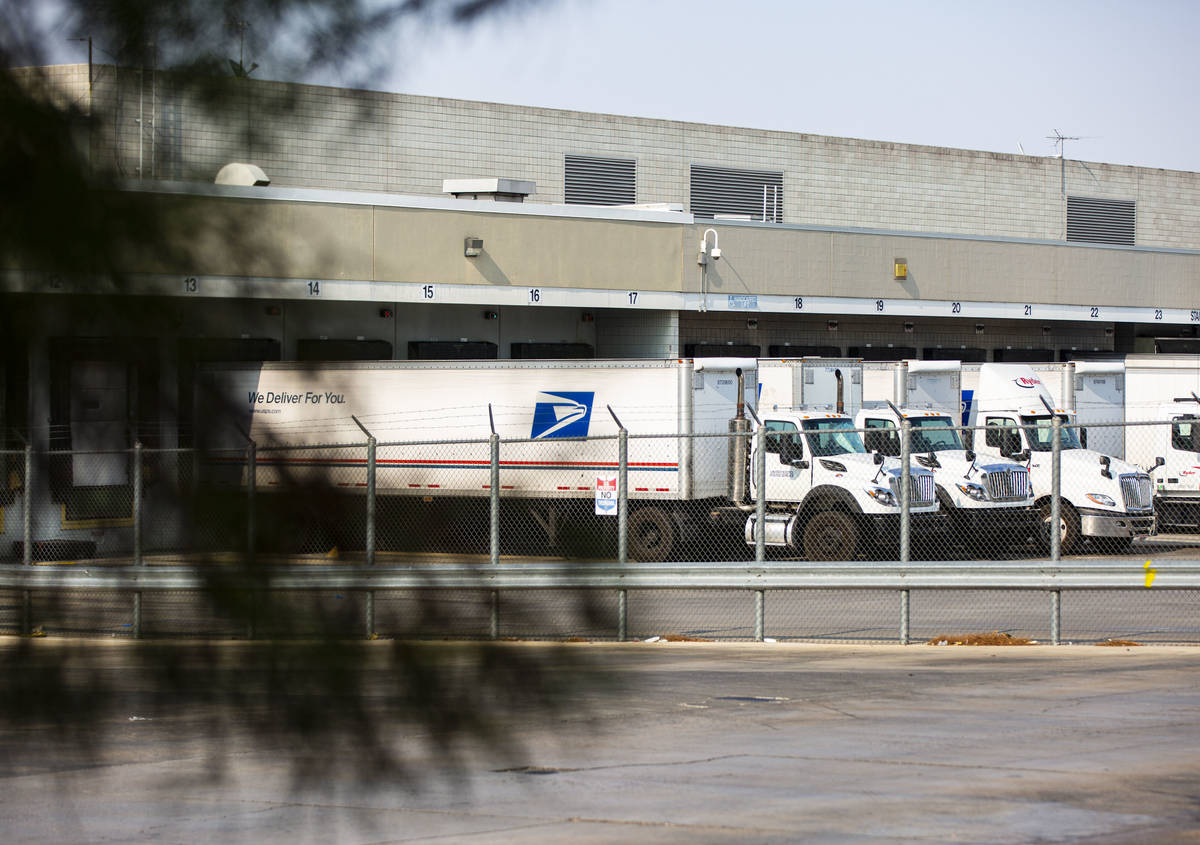 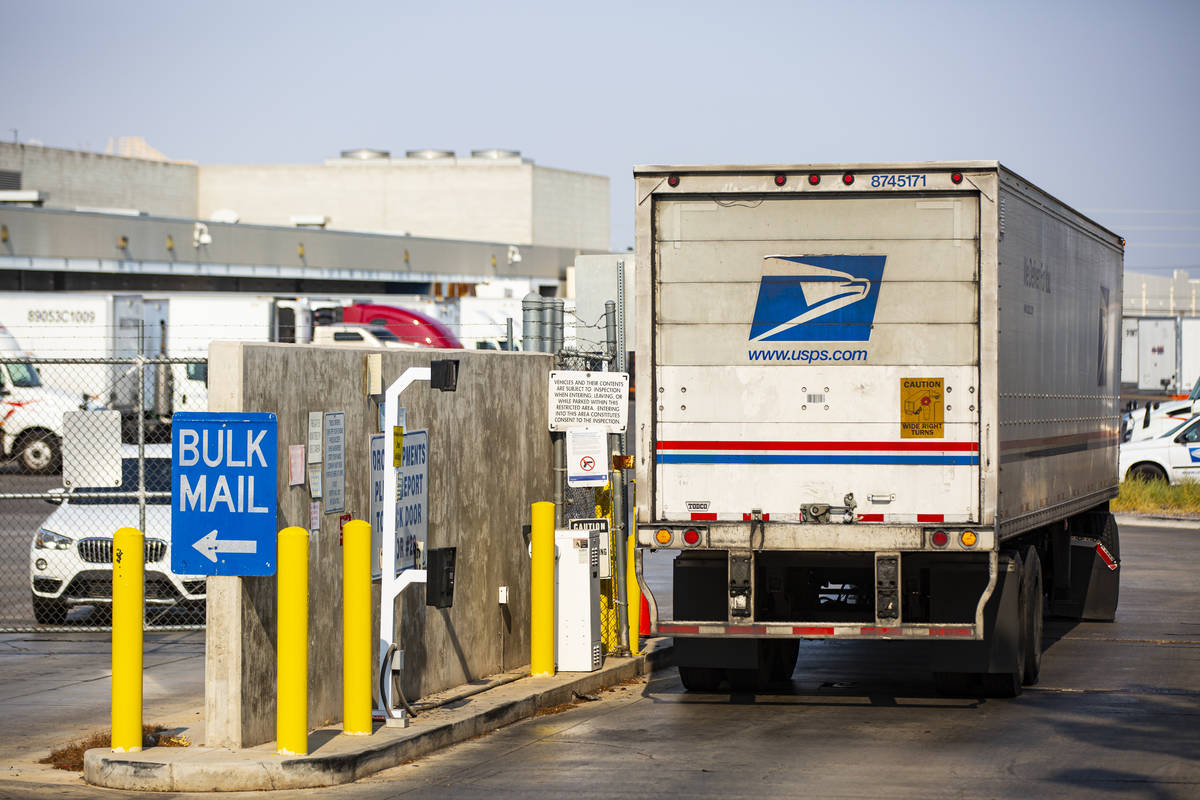 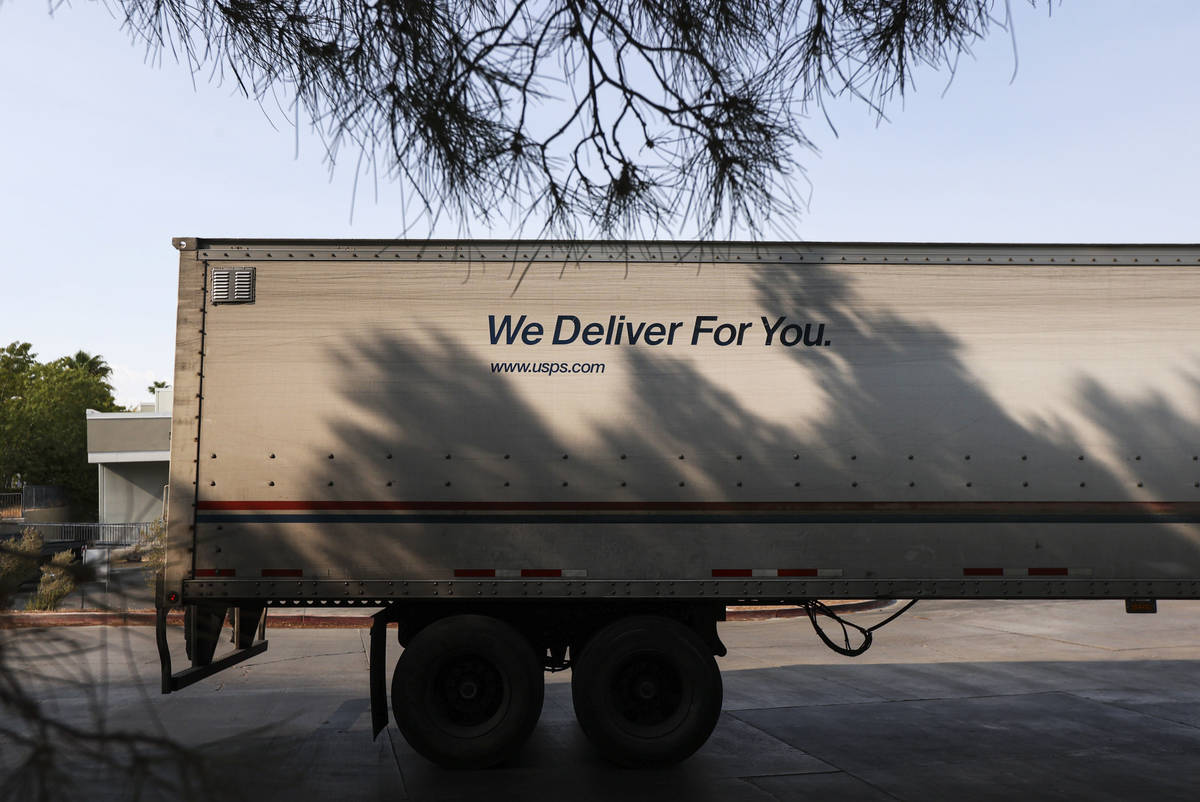 But at the time of the announced reversal, four mail-sorting machines had already been removed from the valley’s central processing center, which sorts all of Southern Nevada’s outgoing mail, said Chris Washington, president of the local American Postal Workers Union.

Of the four machines removed, one sorted magazines and periodicals, leaving two such machines for the region. The other three processed about 35,000 pieces of mail an hour, first sorting by ZIP codes, then further organizing by the exact order of each carrier’s route.

In addition, five such machines were recently shut down, so while they physically remain at the valley’s processing center, they are not operational. That leaves about 16 such machines sorting mail meant for Clark County’s more than 70 ZIP codes and beyond.

“It’s almost like taking 10 pounds of salt and putting it into a 5-pound bag,” Washington said.

No obvious delays yet

The operational changes have not caused any significant local mail delays, leaders said. But that doesn’t prevent Southern Nevadans from experiencing delays on deliveries caught up in cities like Los Angeles and San Antonio, which are seeing substantial backlogs, according to the Los Angeles Times and the San Antonio Express-News.

The local changes also have not resulted in layoffs for mail clerks. But they have left local postal workers overwhelmed, Washington said.

The cutbacks mean more sorting needs to be done on less equipment, and it’s not an automatic process. Clerks have to fill and refill machines, then hand off sorted mail to carriers. It’s resulted in scheduling issues and excess overtime.

In a statement, Rod Spurgeon, a local spokesman for the Postal Service, pointed to a decrease in mail volume over the years and said that locally, even with the recent changes, “we’re only using a fraction of the processing capacity we have.”

In a follow-up statement about workers’ concerns, Spurgeon noted a “dramatic increase” in package volume amid the pandemic, which he attributed to online shopping.

“We continue to flex our available resources to match the workload created by the impacts of the coronavirus, which includes the use of overtime,” he said.

No margin for error

Even after DeJoy, a Republican donor with no prior postal management experience, announced that he would suspend cost-cutting initiatives until after the election, Nevada Attorney General Aaron Ford and 12 other states moved forward with a federal lawsuit this week that challenged the recent cutbacks.

The move came days after President Donald Trump said he wanted to withhold additional funding for the mail service because of his concerns about mail-in voting. Washington state Attorney General Bob Ferguson, who is leading the lawsuit, said he plans to keep it active to make sure that promises are kept.

In a statement, Glenn Norton, Las Vegas president of the local National Association of Letter Carriers branch, called the initial changes “a blatant attempt to tamper with the vote-by-mail process during a pandemic.”

He said Las Vegas has not been directly affected as much as other parts of the country. For letter carriers, overtime was never suspended, and no mail collection boxes were removed.

But six post offices throughout Southern Nevada were marked for a nationwide test that delayed some mail. The test sent mail carriers on their routes early and instructed them not to check for mail that had been missorted, potentially leaving important deliveries behind. On Thursday, that test was suspended in Las Vegas until Jan. 1.

Still, changes at processing plants across the nation have already trickled down to Southern Nevadans. And if a Las Vegas machine breaks down, there’s no longer any margin for error, said Washington, who has worked at the Las Vegas hub for 32 years.

“We don’t have a backup machine, so if one goes down, we’re stuck,” Washington said. “We’re supposed to have enough machines, just in case. In this case, it’s like we don’t have a fallback.”

In a statement, Spurgeon said that if demand ever calls for use of the shut-down machines, “we can certainly turn them back on.”

Together, they pushed for legislation that funds the Postal Service and reverses the burdensome prefunding mandate Congress passed in 2006, which required the Postal Service to prefund 75 years’ worth of future retiree health benefits in 10 years.

“No other agency is saddled with this requirement,” Norton said.

Postal unions have attributed 100 percent of the mail service’s net losses since 2013 to the requirement.

And while cutbacks and new initiatives have largely been suspended until after the election, postal workers are concerned about additional delays that may still come after ballots have been processed.

“We are the eyes and the ears of the community,” Ulmer said. “A lot of times, some people, the only contact they may have may be with their mail carrier.”

In weekly internal updates, Ulmer said she has read stories over the years about local mail carriers who have found children who wandered outside and helped elderly people who have fallen alone at home, hearing their cries at mail time.

“If you destroy the postal service, who’s going to be the eyes and ears of the community?”

Todd Floyd, president of the Nevada Rural Letter Carriers Association — whose members regularly deliver to even the most remote addresses throughout the state — said, “We’re called the U.S. Postal Service for a reason: We provide service.”

“When I hear all these talks about slowing down the mail again,” Floyd said, “it makes me panic, like we’re not giving good customer service.” 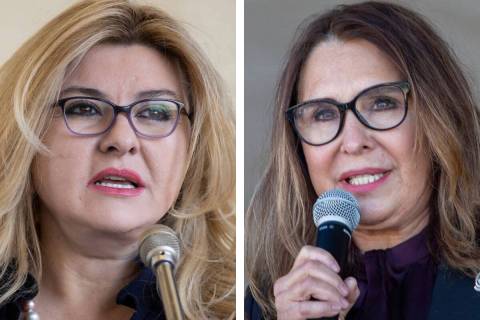 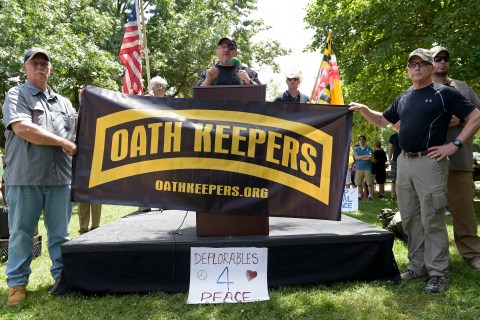 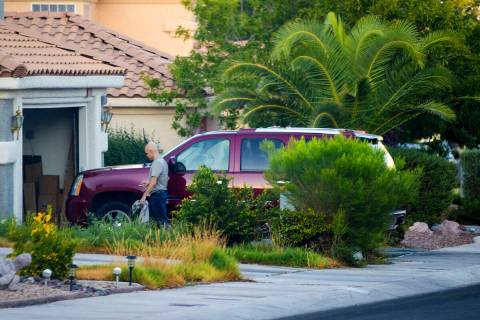 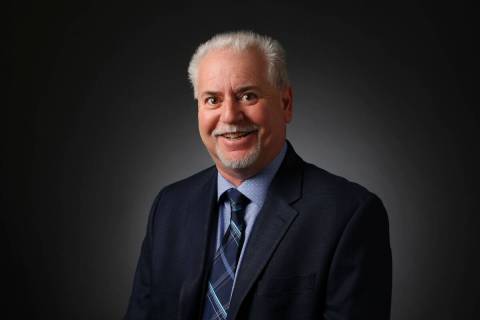 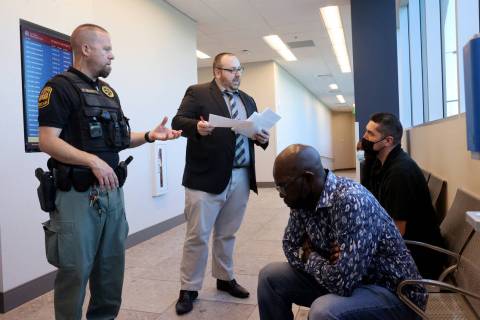 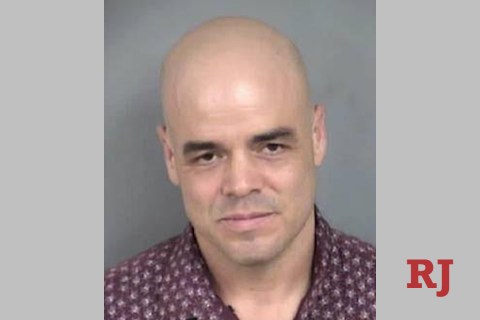 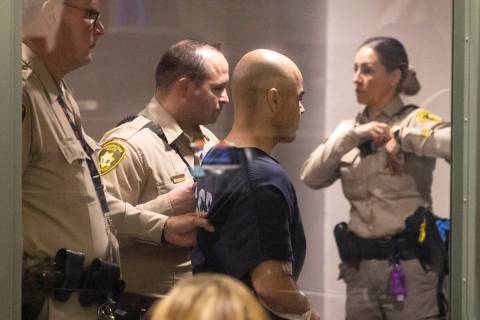