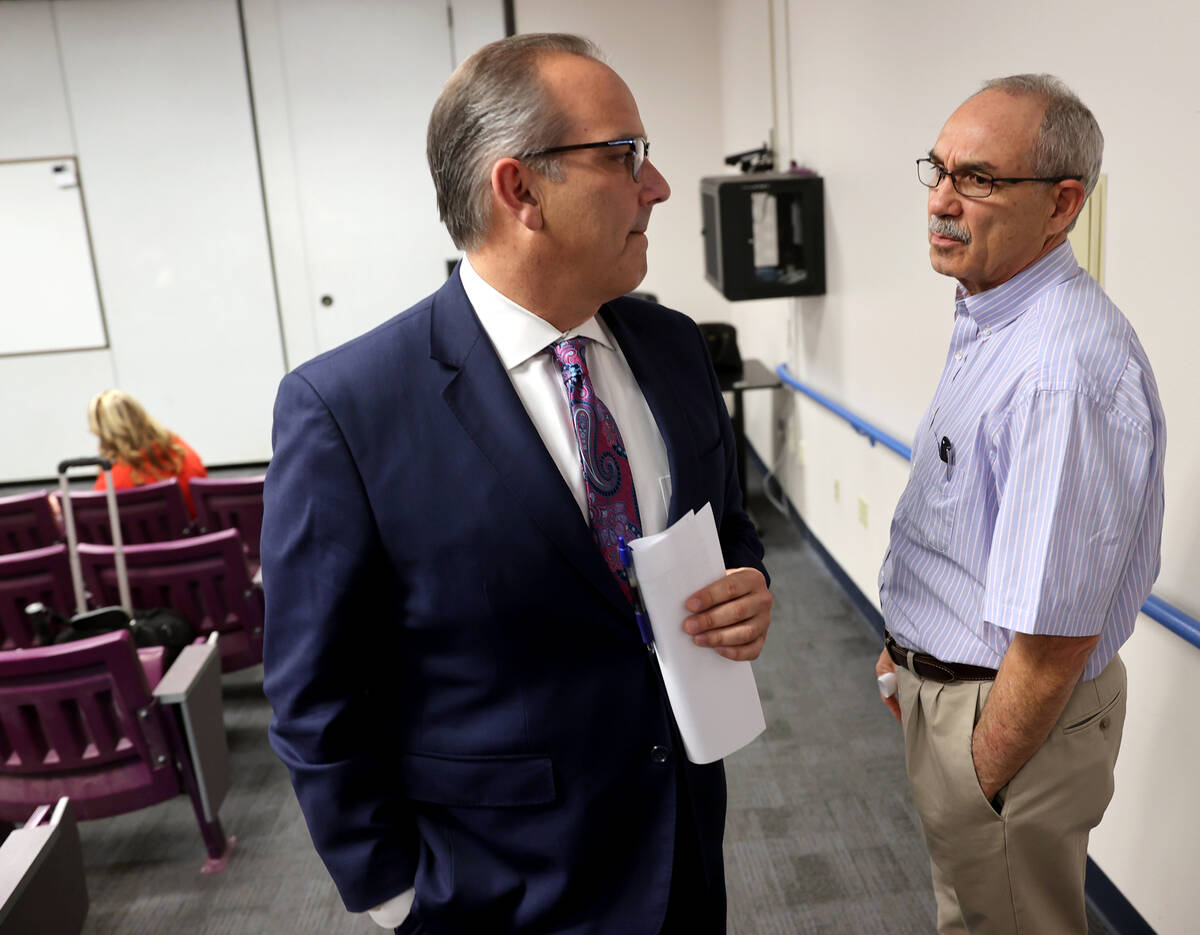 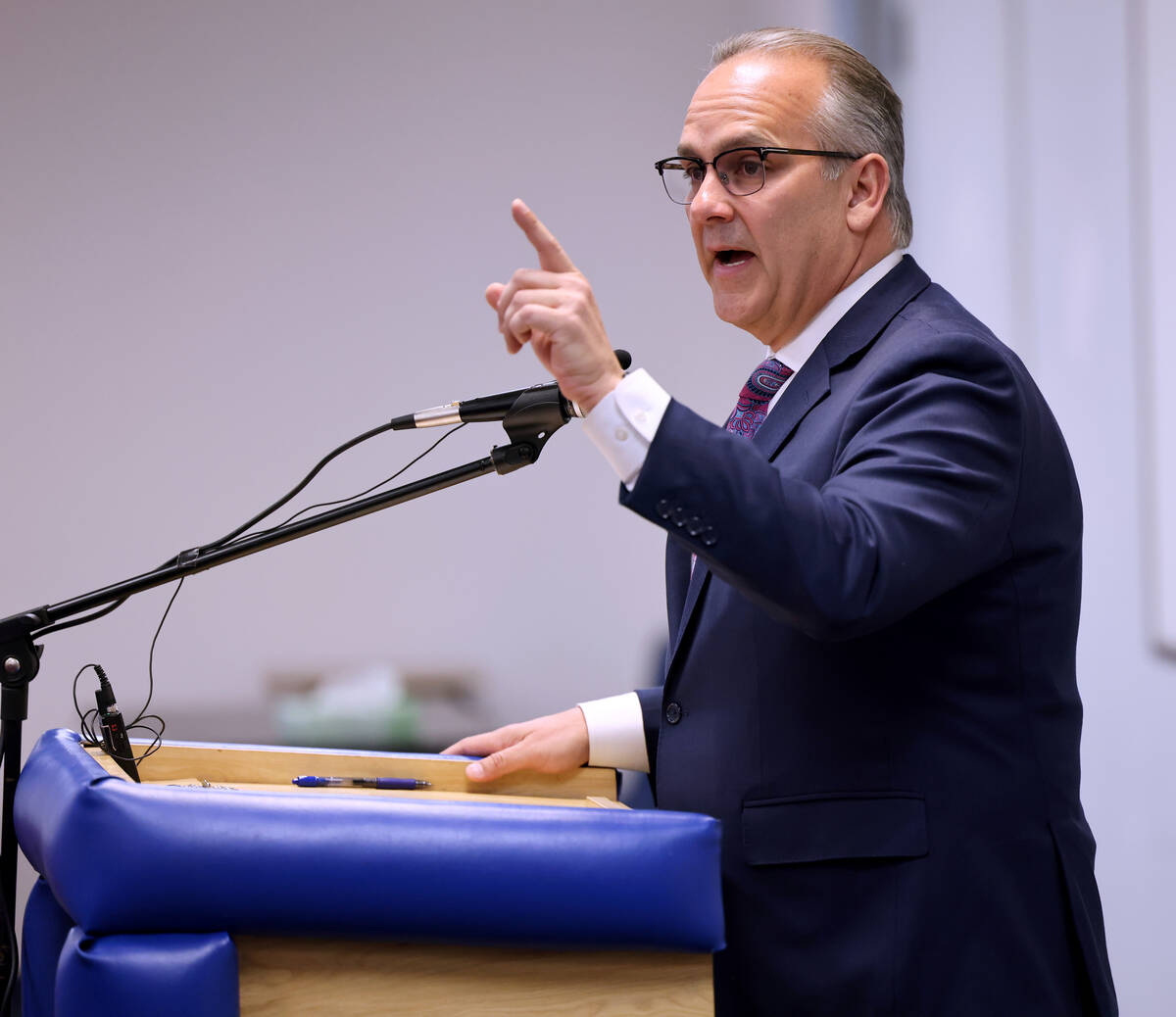 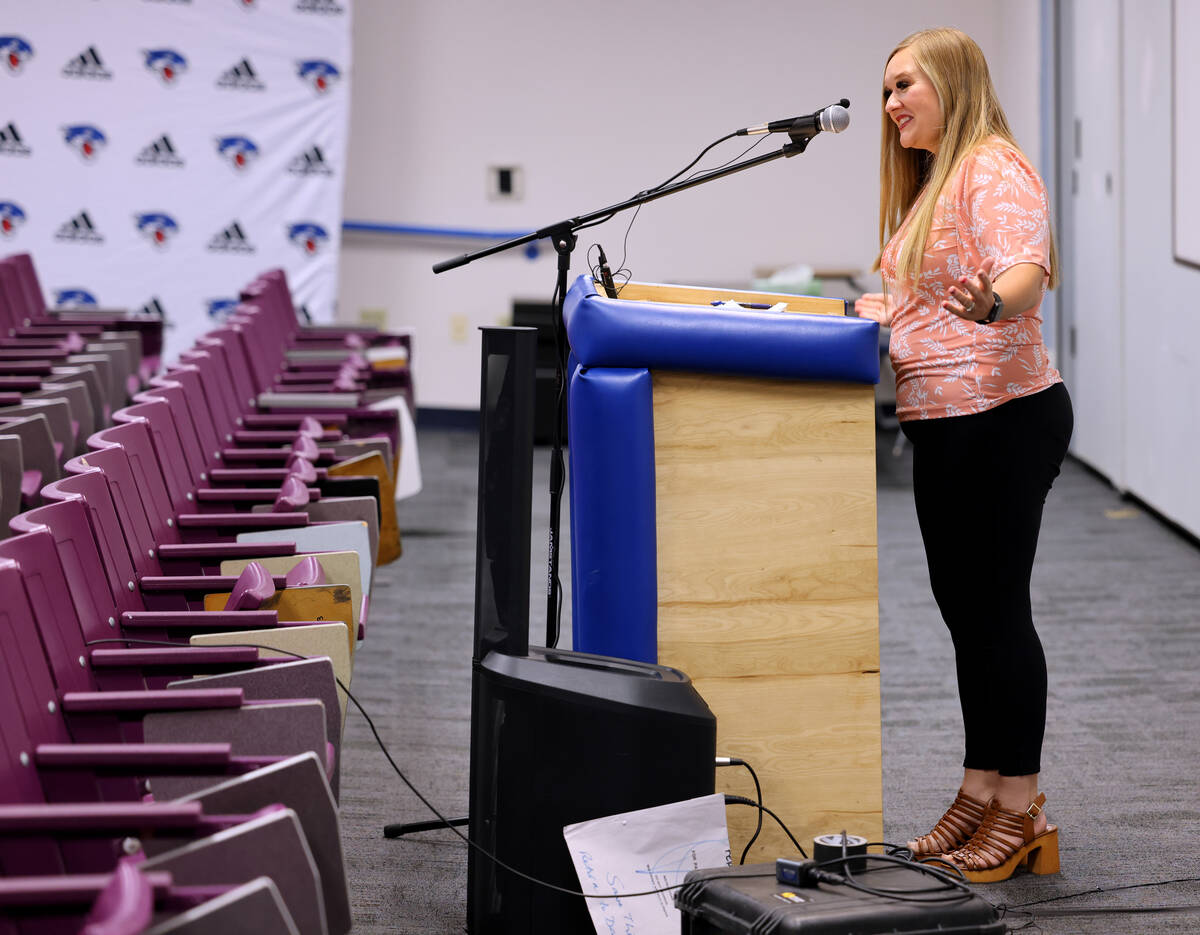 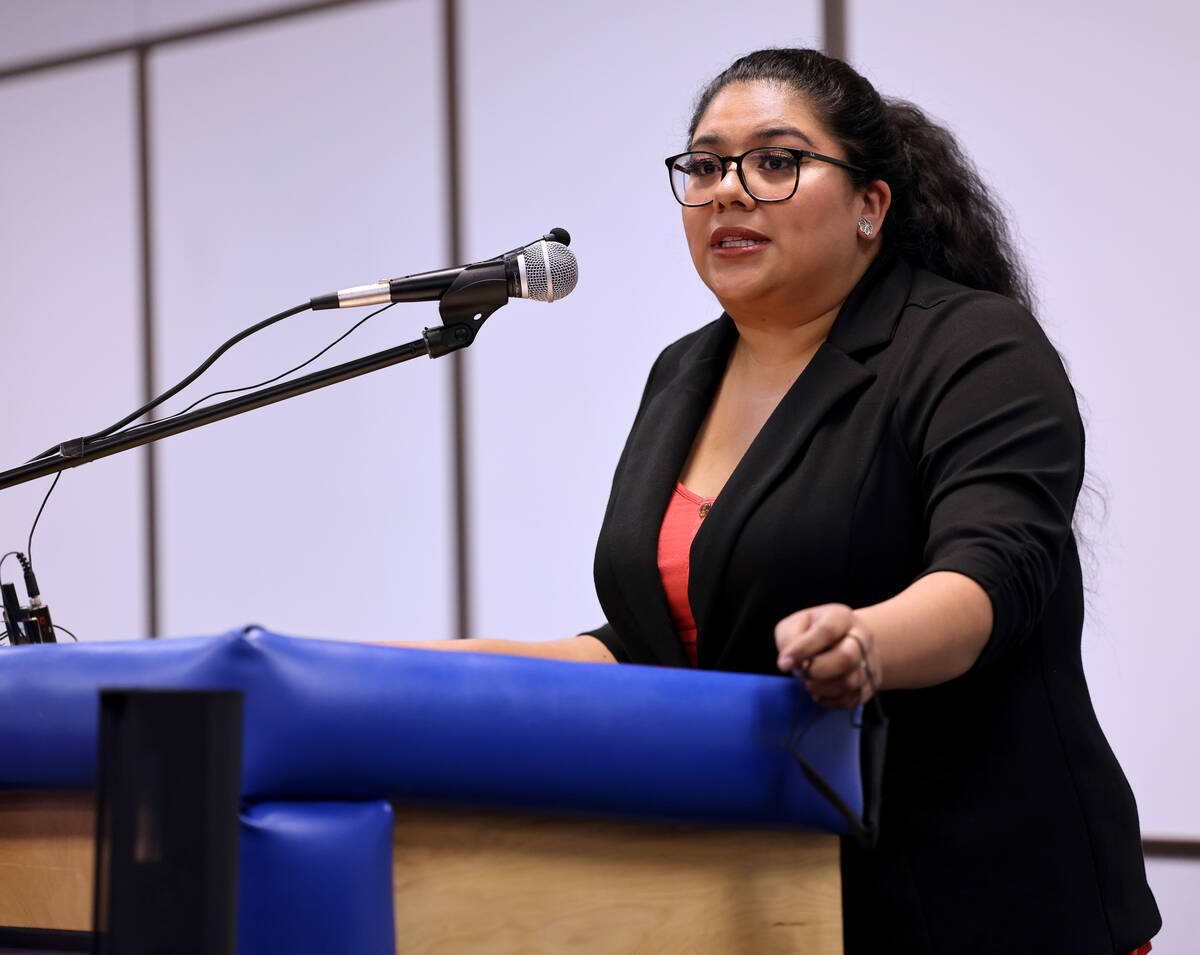 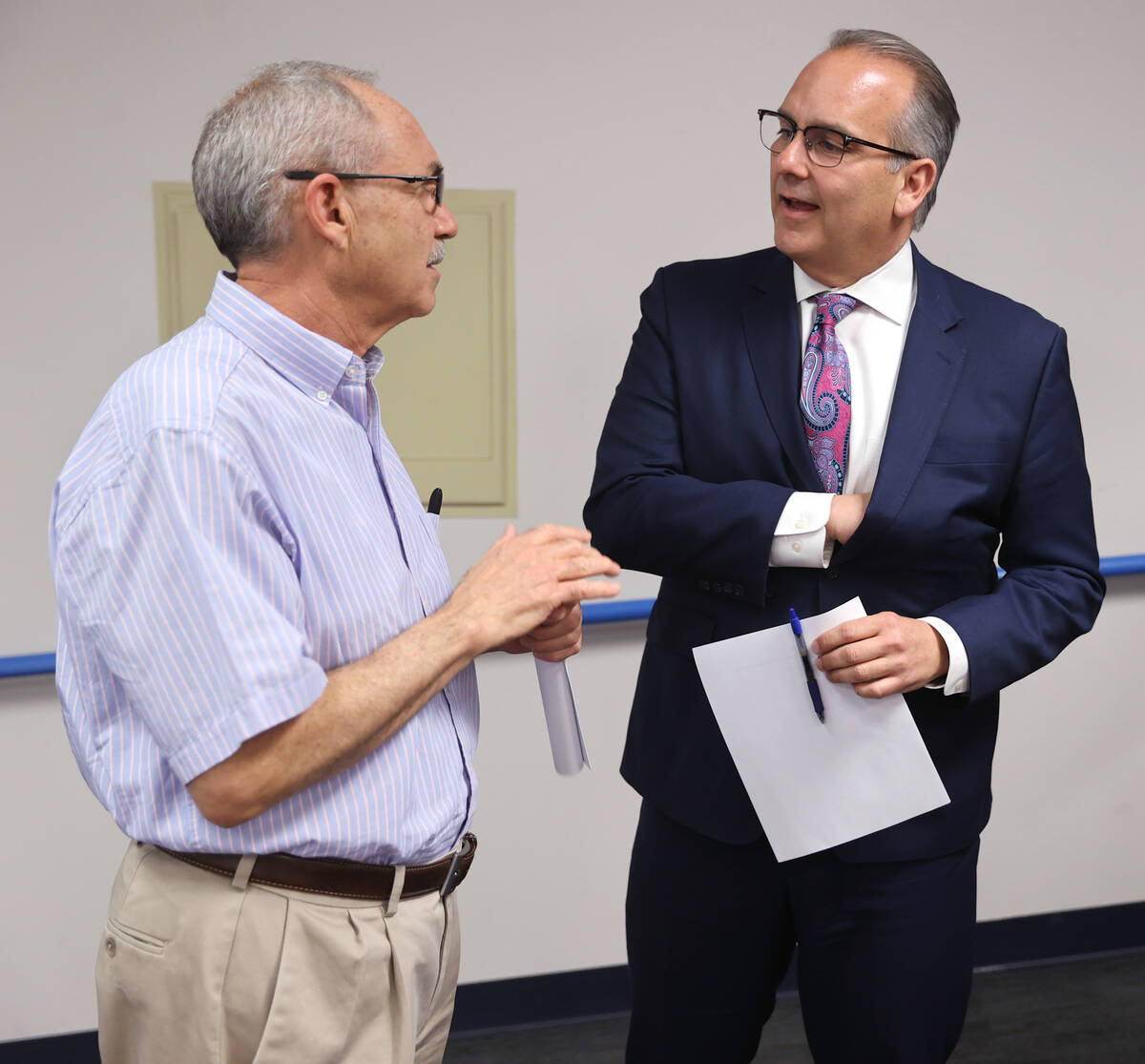 The Clark County School District will raise starting teacher pay from $43,011 to $50,115 in an attempt to retain and attract teachers amid a yearslong teacher shortage throughout the state.

District officials and leaders from the teachers and support staff unions announced the pay raises Tuesday as part of contract negotiations.

The raises will apply to current teachers in the district making less than $50,115, affecting 4,166 educators, according to Clark County Education Association Executive Director John Vellardita.

The district, now the fifth-largest in the country, has not been fully staffed since the start of the 1994 school year, Jara said.

“School districts across America are expecting and experiencing teacher shortages…,” Jara said. “Our kids deserve the opportunity to have a highly qualified, well-compensated educator.”

Some teachers questioned what the new salary floor would mean for longtime teachers who were making just over $50,000 after several years in the district.

‘A slap in the face’

Ryan Fromoltz, a teacher at Las Vegas High School who has worked in the district for 10 years, said the district’s announcement was a slap in the face to veteran teachers and did not address their issues.

Fromoltz said he makes $55,000and will not benefit from the raises announced Tuesday.

“It’s geared clearly toward trying to get new teachers,” he said. “It does not address issues veteran teachers are facing; $5,000 is nice, but it’s not going to cover the expenses of increasing insurance, rising inflation.”

Under the district’s current salary schedule, teachers start off making $43,011 and can make up to $95,569. depending on their different certifications and years of service.

Vellardita said the salary schedule now tops out at more than$101,000, what he called “one of the highest salary schedules in the western United States.”

Where is the money coming from?

Jara said the raise marks the first starting salary pay increase for teachers since 2015, but numbers show that the starting pay for teachers increased at least twice between 2018 and 2021.

Raising salaries will cost $165 million in operating dollars and federal stimulus money, according to Jara.

Part of that will be one-time money, drawn from a mining tax passed during the last legislative session that required the state to put aside $200 million in federal relief funds that would go directly to school districts for pay raises,Vellardita said.

In 2014, there were 10,000 teacher vacancies in the Western U.S., and Clark County’s starting salary of $37,000 was the lowest among neighboring states, Vellardita said Tuesday.

The next year, then-Gov. Brian Sandoval successfully shepherded a tax increase through the Legislature that would raise over $1 billion for education, allowing the Clark County School District to increasethe starting salary for teachers to $41,000 and issue a $5,000 recruitment bonus for new hires, according to Vellardita.

Vellardita said the district went from 1,500 vacancies to fewer than 400 the next school year as a result of raising the starting salary and implementing the recruitment bonus.

“This does work,” he said. “This is an attempt to try to hold onto people that we have but also be competitive, because everybody’s hiring right now. It is a teacher’s market.”

But Fromoltz said the difference in 2015 was that everyone, with the exception of veteran teachers, got a salary bump.

He also questioned the lack of input from educators in the union’s negotiations, saying teachers were ready to drop their union membership and leave the district because they feel disrespected on multiple fronts.

“I will not finish my teaching career in CCSD,” Fromoltz said. “Unless something magically changes, I don’t feel I should stay in CCSD much longer because I honestly don’t feel respected.”