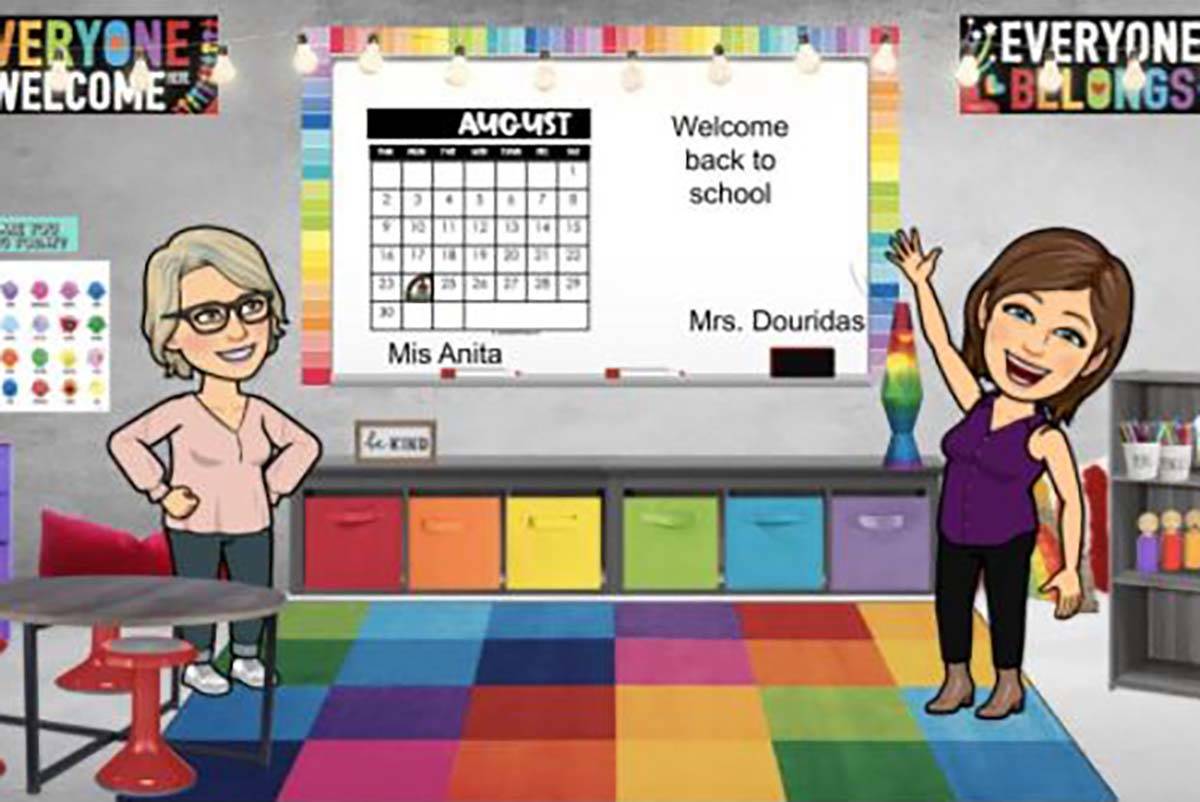 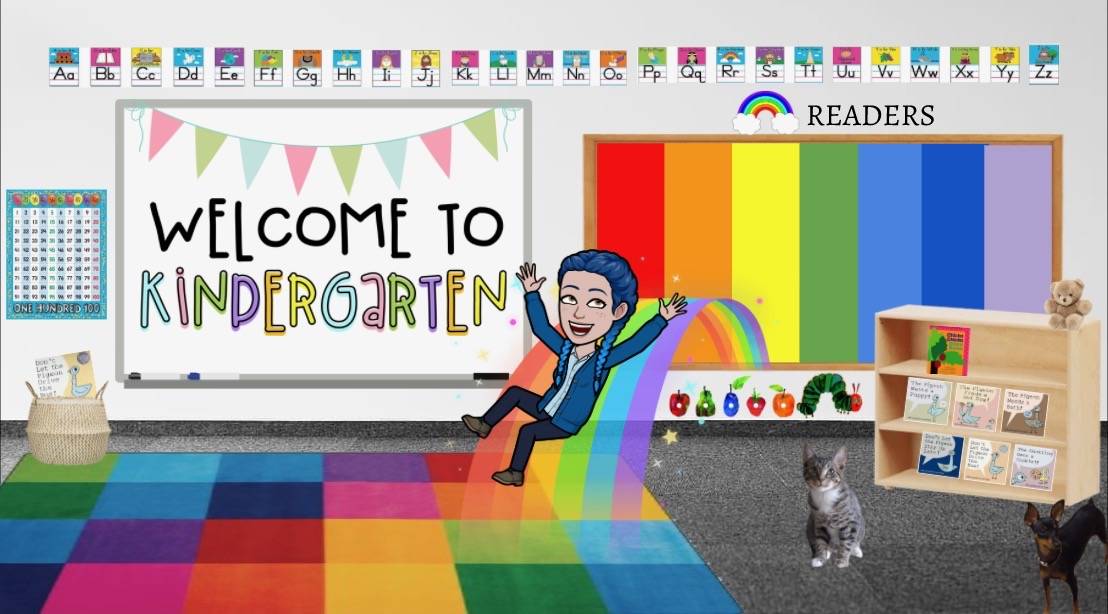 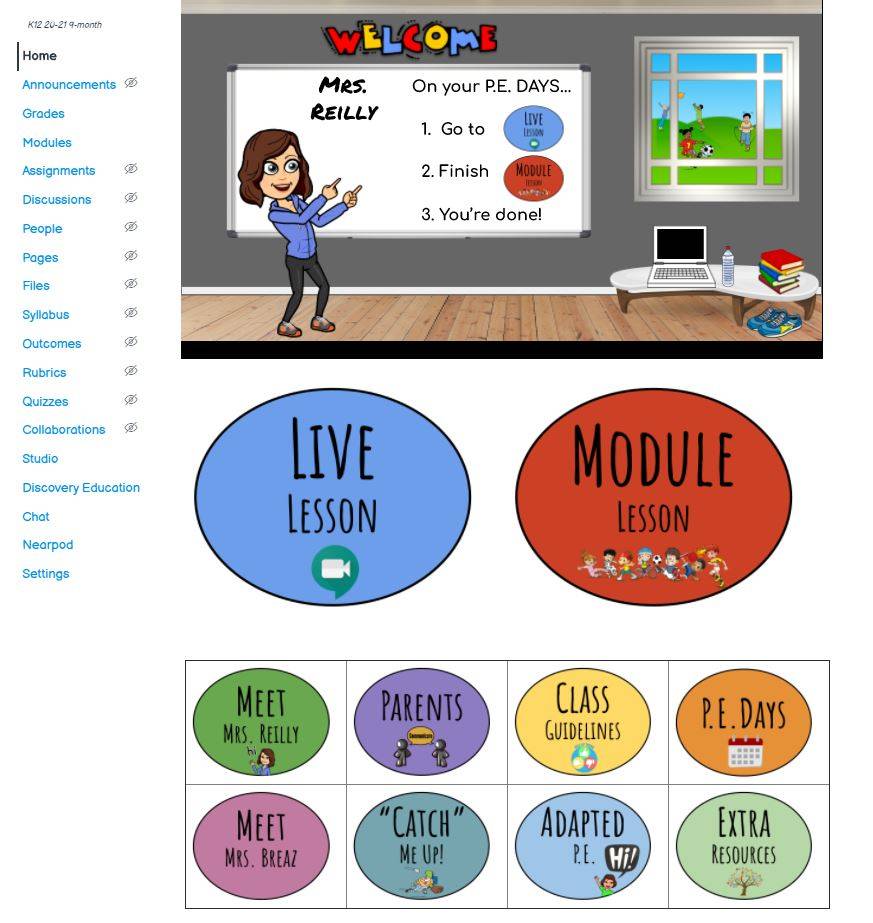 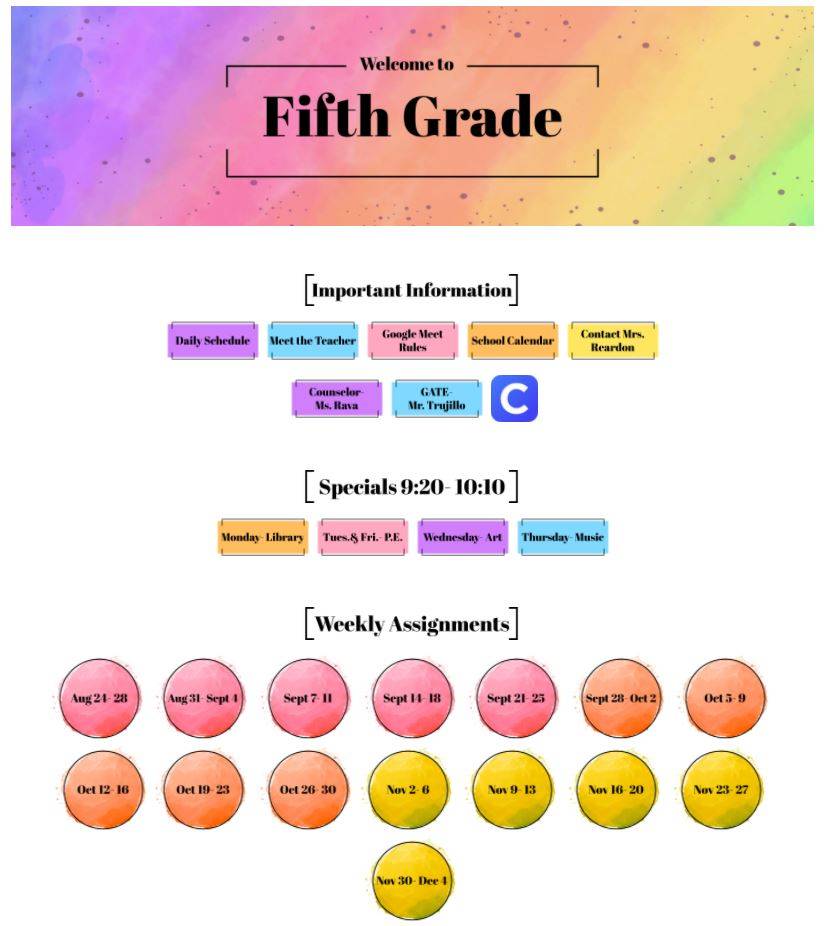 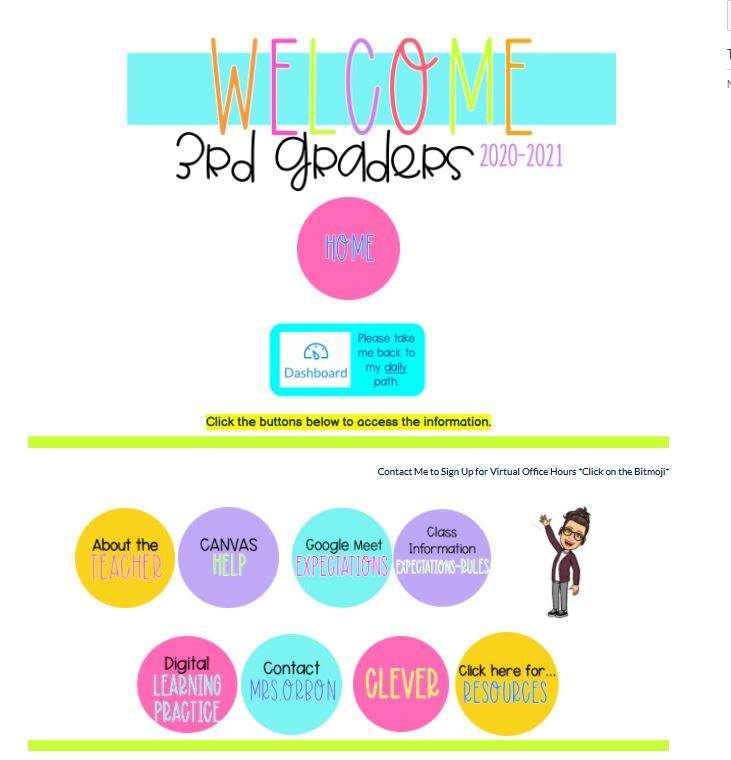 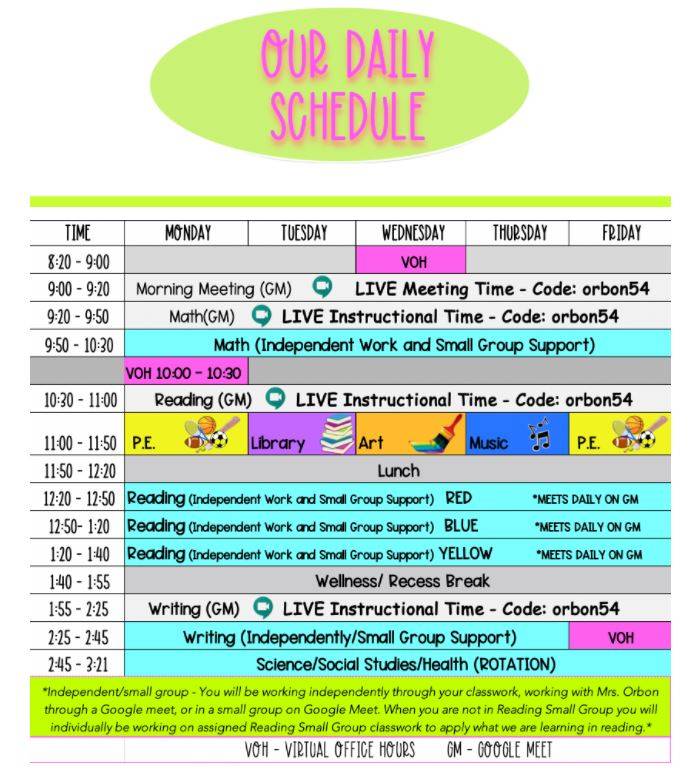 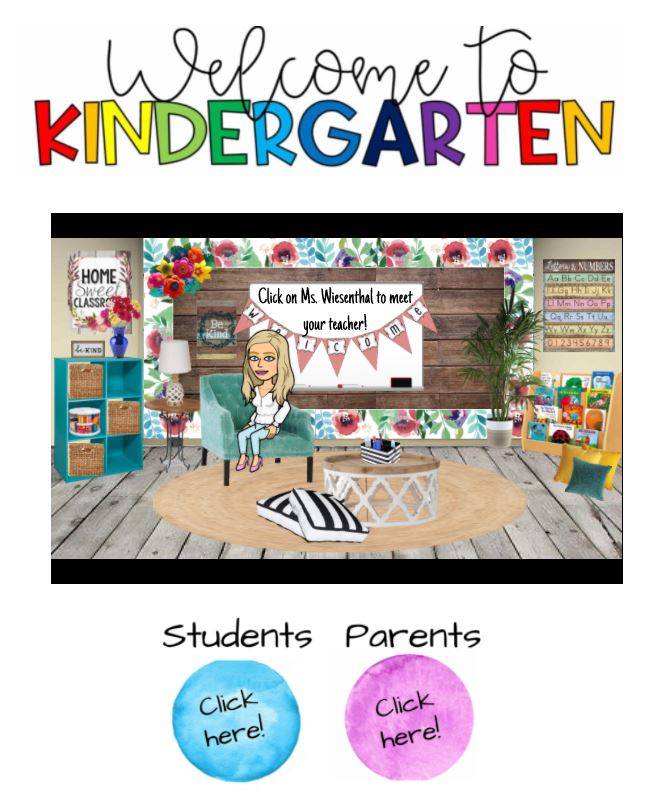 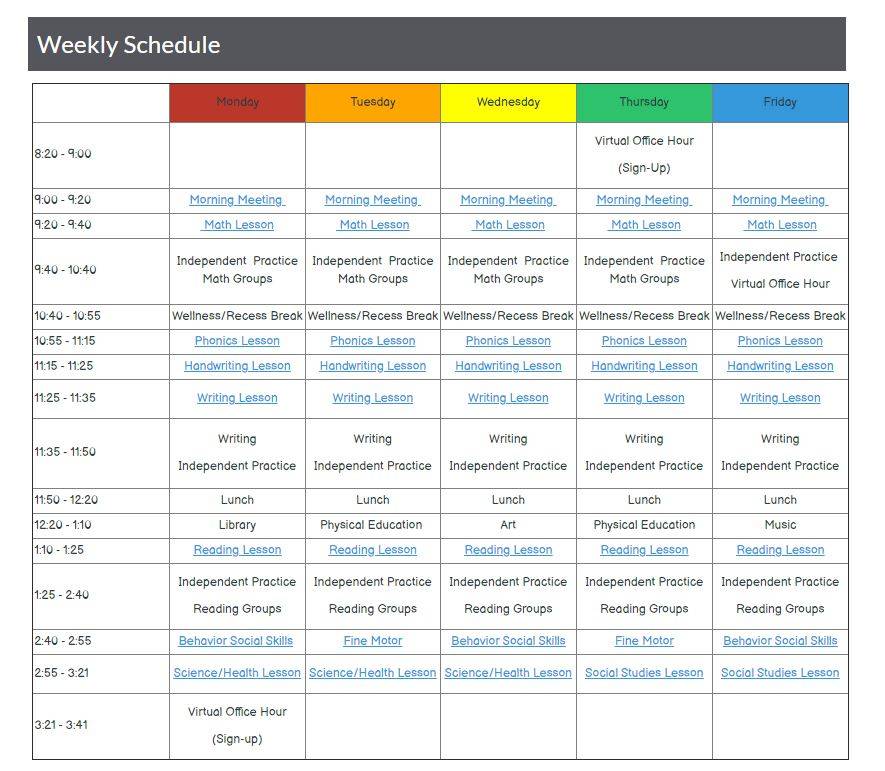 Kindergarten teacher Jessica Jones had a meltdown over the weekend, the result of a tight timeline to get her virtual classroom set up before school starts.

“It’s very overwhelming,” she said Tuesday of her work so far to prepare to use Canvas, an online learning management system that is the Clark County School District’s main teaching tool under distance learning, which resumes Monday.

Jones, who teaches at Hickey Elementary School in east Las Vegas, said she previously used Canvas as a college student. But that didn’t prepare her to essentially act as a system administrator to create a virtual classroom. She said the district also hasn’t provided sufficient support.

“The district’s training for Canvas has not really prepared teachers at all,” Jones said, noting that only one training module focused on how to use Canvas. “Even then, it’s very basic and doesn’t really go into much detail.”

Teachers have been undergoing 13 days of so-called professional development this month, including learning how to use Canvas. Some have grown frustrated, though, saying they received hardly any practical tips on the software. That forced them to seek out information via YouTube instructional videos, Facebook groups and their peers, and spend dozens of off-duty hours trying to get their virtual classrooms ready, they say.

CCSD schools have used Canvas for some courses since 2013, the district said in a statement provided to the Review-Journal. It did not respond directly to the accusation that it has not offered sufficient training.

The Nevada Department of Education licensed Canvas, as well as Discovery Education content, for use by all school districts in the state, CCSD also noted.

‘Actual learning will be done’

Canvas was created in 2011 by Instructure, a Salt Lake City-based educational technology company.

It is a digital classroom students can use in a traditional face-to-face setting, in a hybrid setting with a combination of in-person and remote instruction, or for full distance learning, said Jenn Mitchell, a Canvas K-12 spokeswoman.

“Canvas is really popular because it’s easy to use and it’s intuitive for both teachers and students,” she said, noting it also integrates well with other online tools.

Ryan Fromoltz, a nine-year CCSD instructor who teaches an English and speech/debate at Las Vegas High School, also said he found CCSD’s training lackluster. But he got help from another teacher and found some additional instructional videos online that helped him.

“Kids are going to get an education through distance learning,” he said of the platform. “It won’t be like this spring at all. Actual learning will be done.”

Probably the most important thing for parents and students — particularly, in the early weeks of distance learning — is to not be afraid to contact teachers for help, middle school teacher David Huggins said, adding, “That’s what we do.”

Mitchell, the Canvas spokeswoman, said the platform is stable, with 99.9 percent “up time.” It handled the “COVID spike” during springtime distance learning with no significant problems, she said.

There are about 6,000 Canvas customers, including kindergarten through 12th grade and higher education systems, and approximately 30 million users worldwide, Mitchell said.

Across the U.S., 13 states — including Nevada — have purchased Canvas in some capacity, Mitchell said. Prior to the pandemic, only about four states had.

At Sandra L. Thompson Elementary School in northwest Las Vegas, which has about 600 students, Principal Shawn Halland said this week he doesn’t anticipate any major problems or challenges with the tool.

“We’re all learning together,” he said. “There’s definitely been some challenges, but nothing we haven’t been able to successfully overcome.”

‘They were already prepared’

He offered a different take on how prepared teachers are use it.

Training on Canvas was integral to the professional development sessions, Halland said, adding that the vast majority of his staff started learning the product on their own after CCSD announced it would be used this school year.

“In many cases, they were already prepared” by the time professional development began early this month, he said. “Teachers don’t want to wait until the last minute to learn something new.”

His staff are spending dozens of hours creating virtual classrooms on Canvas, Halland said, adding links and buttons students can click on to access class materials. “It should be pretty user friendly and seamless,” he said.

But Huggins, who teaches eighth-grade social studies at Robison Middle School in east Las Vegas, said based on listening to School Board meetings he thought teachers would receive extensive Canvas training. But he said the professional development sessions covered a lot of topics and didn’t get to platforms and digital content until day six.

As for Canvas specifically, “It was literally an hourlong video,” said Huggins, who is social studies department chairman at Robison Middle School. He said he could have found the same video on YouTube.

Huggins said the social studies staff also attended a virtual Canvas training for Nevada educators put together by Instructure, the creator of Canvas.

That was a big help, Huggins said, describing it as a “really amazing course” covering topics such as how to create announcements, build a module and create a Bitmoji personal cartoon avatar.

Huggins had never used Canvas, but his school uses Google Classroom and his students are adept at it.

He said the learning curve for Canvas was brutal, but “once you start to understand it and how to put stuff together, then it doesn’t become so daunting.”

It will be “a pretty good tool from what I’m seeing,” he added.

Fromoltz, the Las Vegas High School teacher, was disappointed by the training CCSD provided, with only one day focused on how to create a virtual classroom.

To fill in the gaps, Fromoltz reached out to another teacher for help, and found resources on Facebook and by watching instructional videos on YouTube.

“We really relied on each other to get this done,” he said.

Fromoltz said he hadn’t touched Canvas since he was trained on it in 2014.

For most teachers, it will probably take a minimum of 40 to 50 hours to develop online modules for the first quarter of the school year, he said, even if they’re using templates the school district has provided.

“For me, speech and debate is not in the Canvas system,” he said, so he’s creating everything from scratch. Uploading course expectations and assignments takes a lot of time, “especially if you’re not good with technology.”

Two weeks to create a semester-long module isn’t enough, he added. “Don’t expect teachers to have everything ready by Monday.”

Who needs a ‘brain break’?

Kristi DeBerg, a first-grade teacher at Bonner Elementary School in northwest Las Vegas, said she learned about some aspects of Canvas from the CCSD videos but added, “I think I learned most of my information from outside sources.”

DeBerg, who has been teaching for 13 years, said training also covered topics such as social distancing in order to prepare for coming back to campus in the future.

DeBerg said it’s the first time she has used Canvas, although she took a class on it this summer as part of her license renewal.

“One of the biggest challenges, I think, was trying to keep it engaging and active for the kids even though they’re sitting in front of the computer.”

She said she and her teaching team created Google Slides for assignments, and included pictures, cartoon designs and embedded videos. And they’re also incorporating “brain breaks” to encourage students to pause, get up from their computer and move around.

Jones said she feels CCSD’s professional development days should have been used solely to train teachers on Canvas.

Jones, who has been a teacher for four years, said most of the things she learned about Canvas came through finding resources on her own, including a Canvas-focused Facebook group for elementary school teachers.

As for her virtual classroom, “It has to be very visual,” she said, adding kindergartners don’t know how to read yet and normally it takes all school year to teach them how to use a computer.

Jones said she made everything into a picture icon students can click on and it takes them somewhere. She said she teaches at a Title I school, meaning a large percentage of students are living in poverty.

A lot of parents she has been contacting don’t speak English, so she’s translating instructions posted in her virutal classroom into Spanish so parents can help their children. Jones said she speaks conversational Spanish, but her grammar isn’t the best. She enlisted her grandmother, who’s Puerto Rican and is fluent in Spanish, to help.

Stepping into a leadership role

Carmen Andrews is a Spanish teacher for Nevada Learning Academy, CCSD’s online school. She found herself stepping into an unofficial leadership role this month, fielding questions from dozens of teachers about how to use Canvas.

During professional development, Andrews has spent hours of her own off-duty time organizing and leading basic hourlong Canvas trainings for fellow teachers, which she conducts using Google Meet. She has also met virtually with other educators one-on-one.

She said she has helped more than 50 fellow teachers on getting up to speed on Canvas. Many are elementary school teachers, Andrews said, noting those grade levels are “way out of my realm of experience” and they have to prepare for teaching multiple subjects.

“I cannot even imagine,” she said. “They were stressed out. That’s not how to start a school year.”

Andrews said CCSD’s training on Canvas was “a little tone deaf to what teachers really needed” and focused more on the “whys” behind using the online platform rather than the basic “hows.”

She said there wasn’t a consistent message that went out from CCSD.

“People are in very different places, depending on their school administration’s knowledge,” she said. 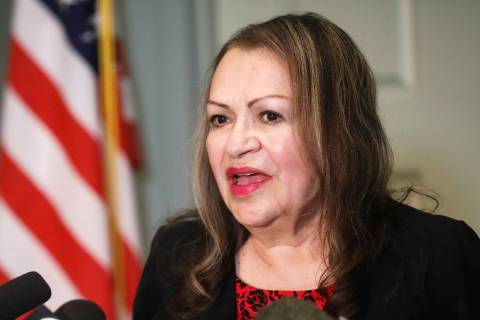 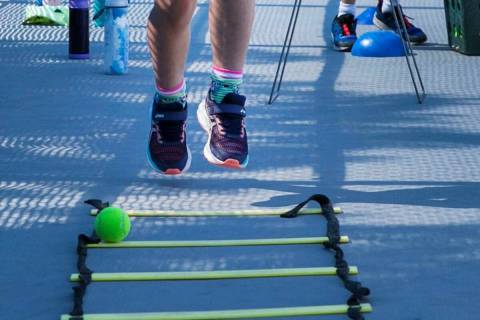 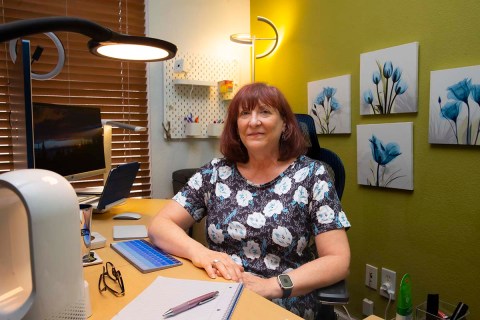 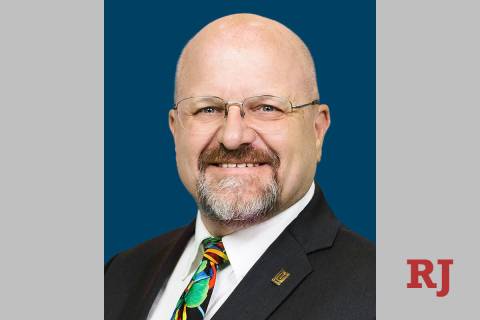 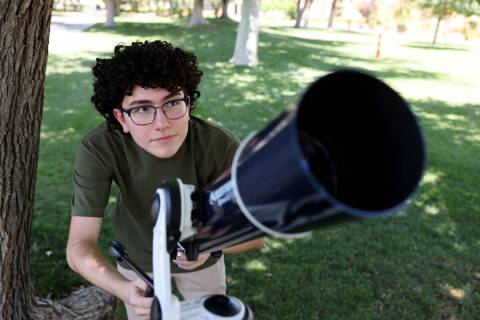 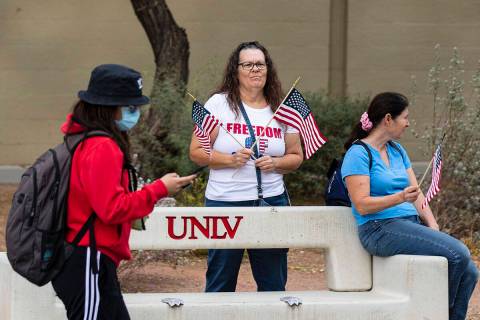 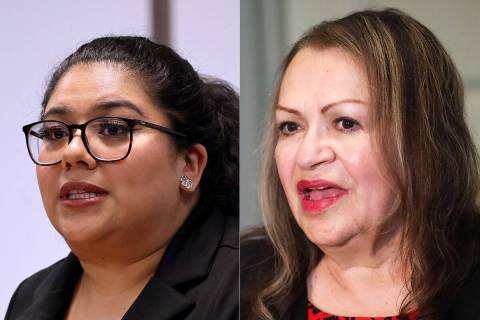 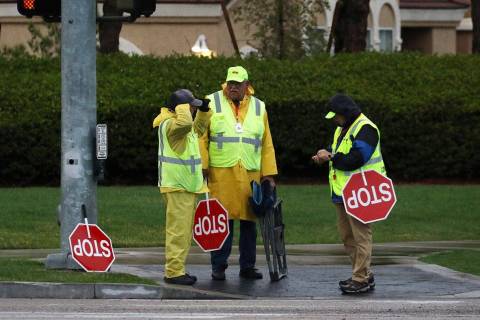