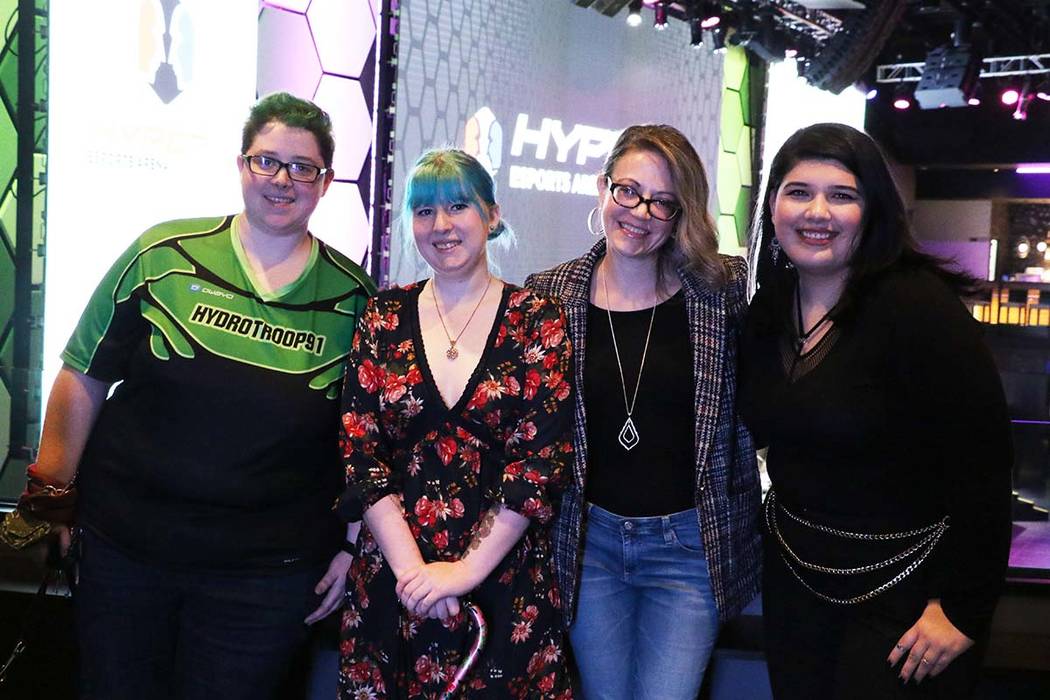 When chasing your dreams, sometimes the biggest hurdle is getting started.

The 1,000 Dreams Fund is out to help young women find the resources they need to chase their dreams.

“We want to find those talented young women who have big dreams and goals for themselves but lack the critical resources needed to succeed,” founder and CEO Christie Garton said.

The national nonprofit stopped in Las Vegas earlier this month to announce its fall 2019 Twitch Broadcaster Grant recipients and revealed information about its BroacastHER Academy program.

Members of the fund’s BroadcastHer Academy, a new program aimed at helping women interested in breaking through into the esports industry in any facet, and one of the recipients of the Twitch BroadcastHer grants, which range from $500 to $2,000, visited the HyperX Esports Arena at the Luxor event, which included visits, job shadowing and announcements.

The academy accepted 12 women into the program in 2019 to provide resources for women looking to break into the esports industry. The Twitch BroadcastHER grants are aimed at helping women do just that.

The disabled Air Force veteran had always played games casually but had stayed away from online games. That all changed when a friend urged Arana to give online gaming a try. It started with playing online in “Call of Duty” and spread to “The Elder Scrolls Online.”

Coupled with a move to Las Vegas from West Virginia that same year, the 28-year-old started to become more social online and found that gaming helped the former staff sergeant cope with post-traumatic stress disorder.

“Gaming has helped bring me back to show me that you can enjoy life again,” Arana said. “It’s hard and you’re scared at first, but you have people who love you and support you.”

Now, Arana wants to be an advocate for gamers with disabilities and be a source of hope and support. Arana used the grant money to attend TwitchCon in September in San Diego to connect and get streaming equipment.

The gamer has set some lofty goals.

“I would like to be more full time on Twitch,” Arana said. “I want to be a motivational speaker, lead people to resources and guides and help set something up, like a special Olympics of esports. It’s no fun to be excluded. It’s no fun to have misinformation. I want to find that person who is like the younger me who just got that diagnosis and help people through that.”

So everyone can play

Stephanie Shero, part of the first class of the BroadcastHER academy, shares similar dreams. Shero, 22, suffers from Ehlers-Danlos syndrome, a group of disorders that affect connective tissues supporting the skin, bones, blood vessels and other organs and tissues.

“The connectivity in my joints is deteriorating,” Shero said.

That means the simple act of playing her favorite game, “Overwatch,” can be a painful experience.

“A big thing with gaming for me is my hands,” she said. “They will pop out of their joints. I’ll have extreme pain some days. Sometimes, I’ll click (on my mouse) and instead of clicking, my finger will just pop out of its joint. … I usually say on my pain scale of 1 to 10, my 1 is somebody else’s 10. Luckily, I’ve lived with this since I was 8 or 9 and I’ve been able to build up a tolerance.”

“When the college flu goes around, I get all of it,” she said.

Shero, or Zeloinator online, was forced to stop attending college because of her health and in an unfamiliar state, she turned to gaming to find support.

“I’d be out for weeks,” she said. “Nobody but my online friends were there for me. I never thought of gaming as a community until the gaming community was kind of all I had. You have to find people who will accept you at your worst. For a lot of people, their worst is they’re just not playing well. My worst is my shoulder will dislocate.”

Shero has a similar dream in creating a special Olympics for esports and to increase awareness and access for gamers with disabilities and, above all else, help everyone experience the power of gaming. Shero applied for the academy in March of this year and is already well on her way toward becoming an advocate.

“It’s important to me that everyone has that voice, that everyone can play,” she said. “I know how much gaming has helped me. I can’t imagine how much it can help somebody else. My dream is to have everyone able to play games.”