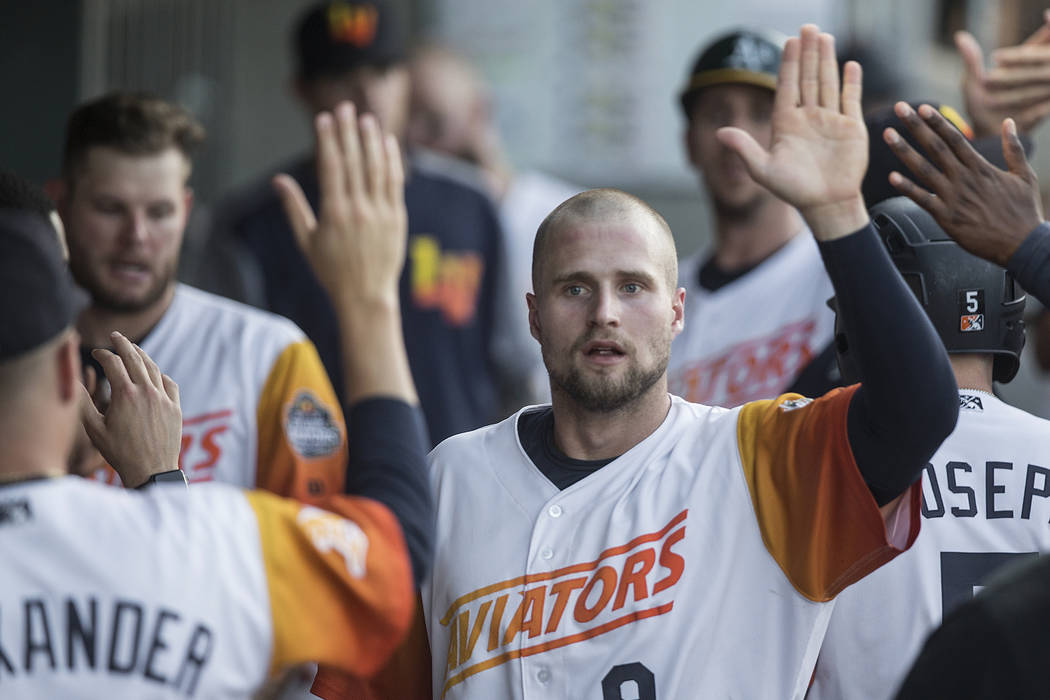 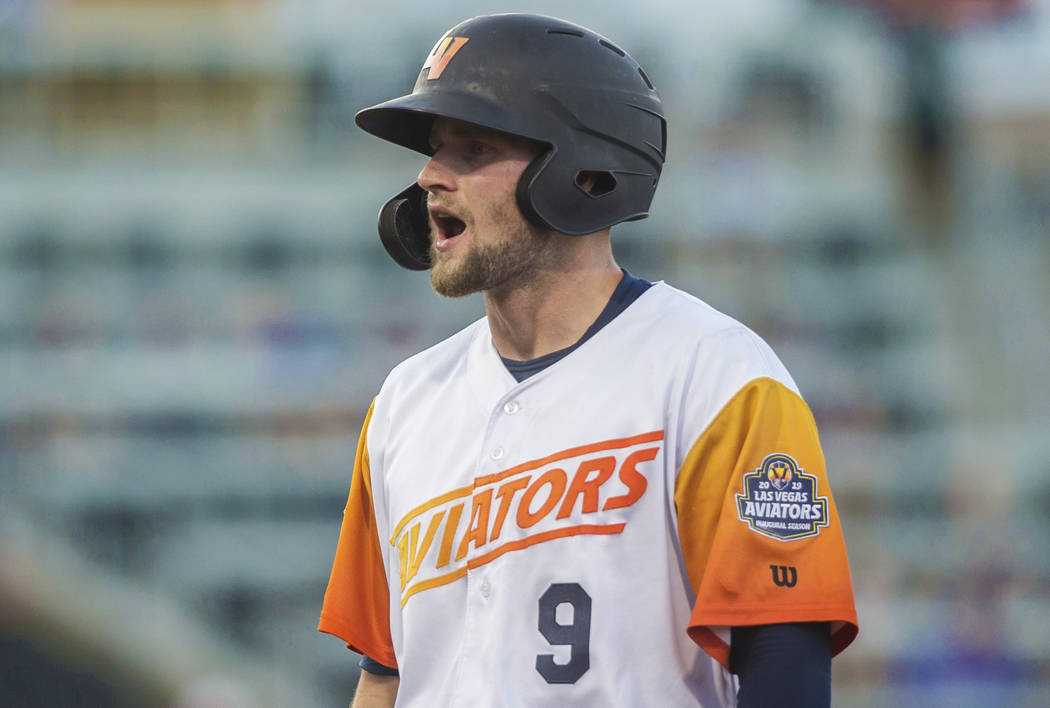 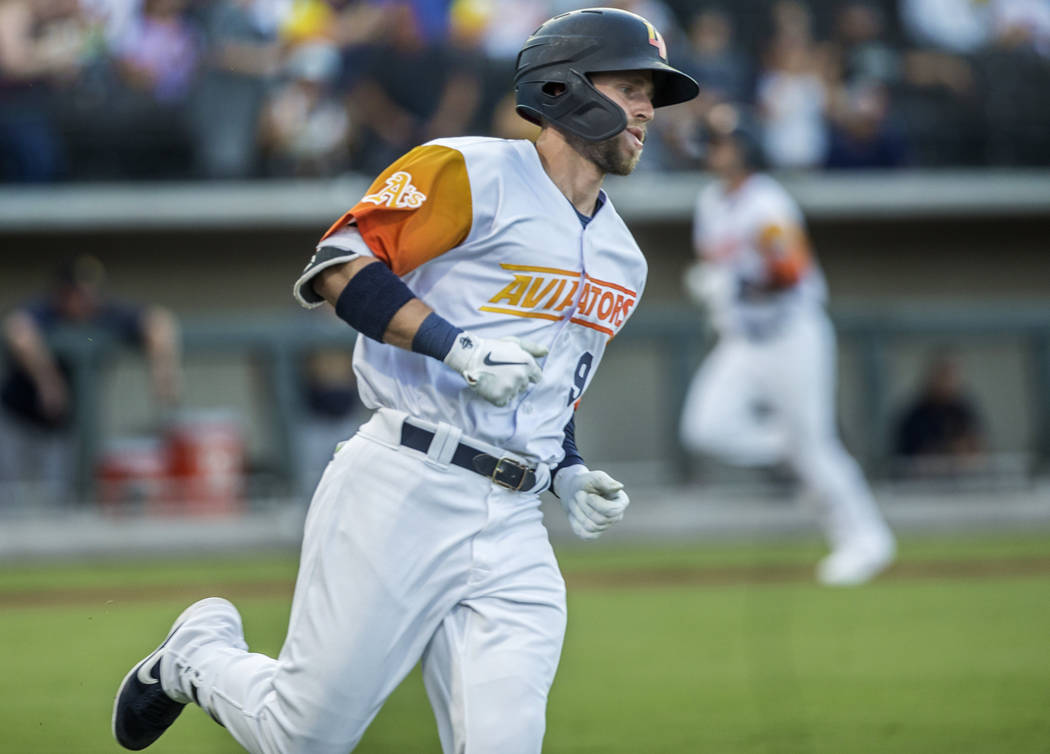 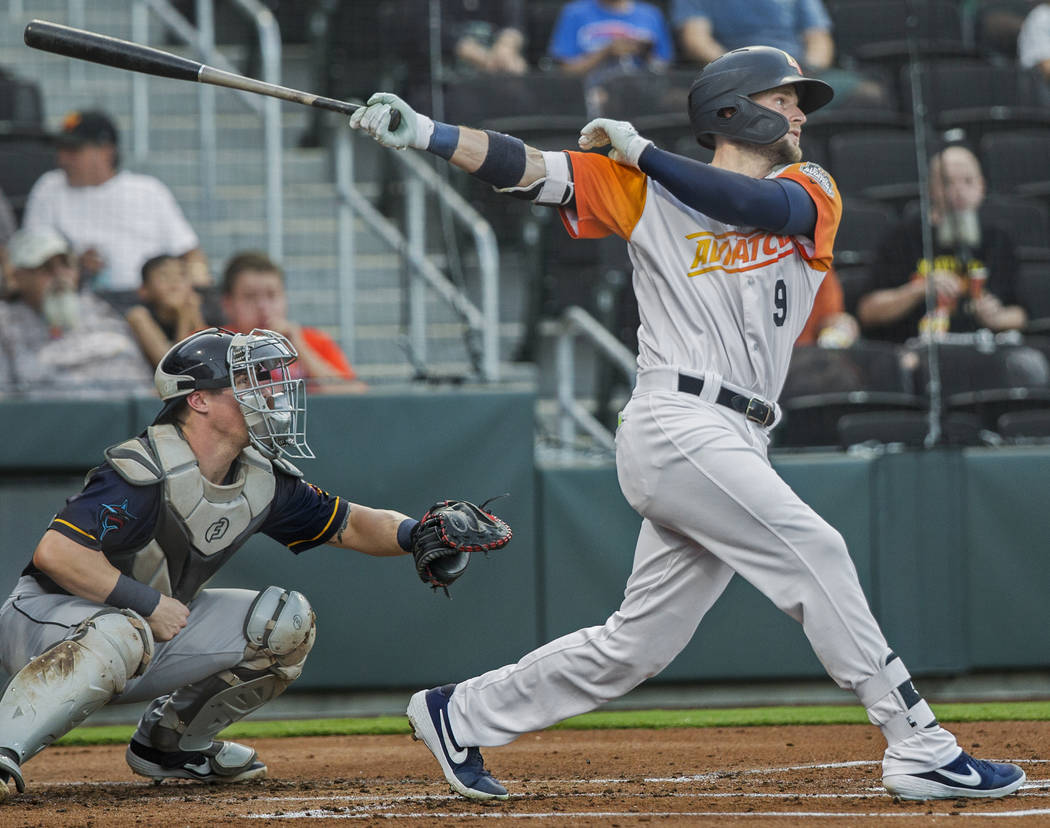 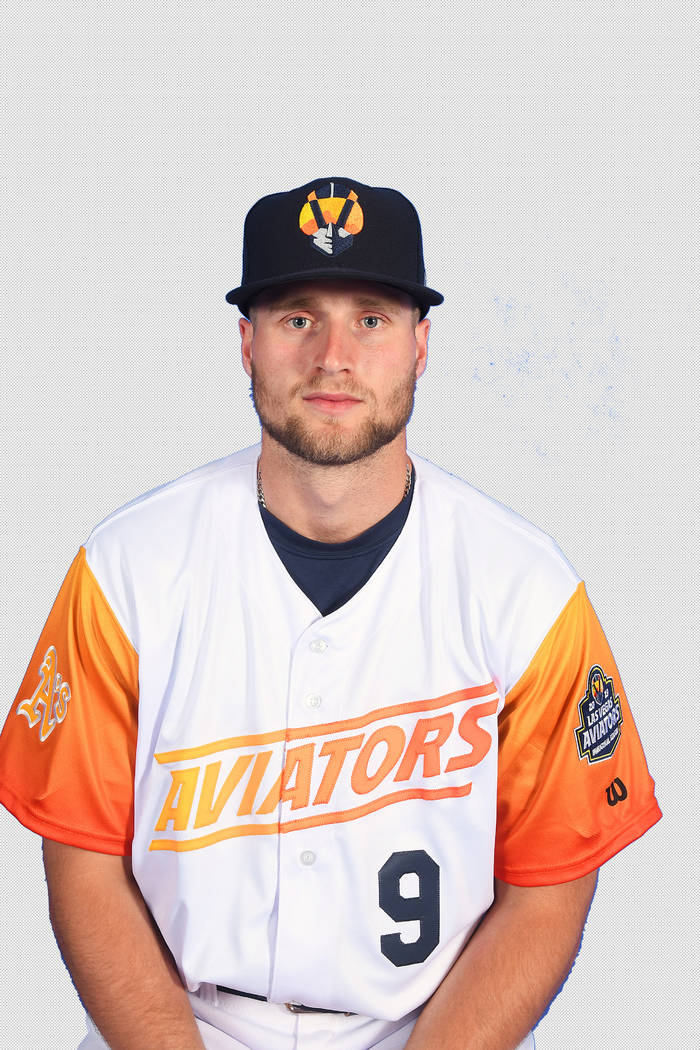 Seth Brown is enjoying a career season with the Aviators.

In his fifth professional season, the first baseman has hit a career-best 37 home runs, eclipsing his previous high of 30 set in 2017 in Class A, and driven in 103 runs.

“It’s just having a consistent approach day in and day out,” said Brown, who is hitting .294. “If I have a bad day, just focus on having the same approach and same routine.”

“He’s understood his swing more, and he’s made a few adjustments here and there that we’ve talked about, but the guy has always hit,” Martins said. “A lot of the things we talked about last year with him was more mental. Being able to throw away a bad at-bat and not let it grind you until your next at-bat.”

In the opening game of a three-game series against the Reno Aces at Las Vegas Ballpark on Monday, Brown homered twice and drove in two runs in a 6-5 victory. He leads the Pacific Coast League in RBIs and is second in homers to Reno’s Kevin Cron, who has hit 38.

With so many Aviators players putting up career numbers, Las Vegas Ballpark, which opened this season, is getting a reputation as a hitters’ ballpark.

“The ball does travel well here, but sometimes it doesn’t,” Brown said. “It kind of just becomes a day-to-day thing. I think we just have so many good hitters in this lineup, and obviously in the PCL the ball carries a little better than other leagues.”

Brown has had five hitting streaks of at least five games and hit three homers in a game in the third week of the season. That said, he didn’t get an invitation to the All-Star Game or Home Run Derby.

“It’s obviously a milestone and would be cool to do, but I wasn’t too worried about it because it’s my first year in Triple-A and I’ve got bigger things to focus on,” Brown said. “It’s definitely awesome that I’m having this kind of year, and it helps the confidence, but there’s so many great hitters in this league that are having similar years.”

Brown’s biggest goal is making the playoffs. The Aviators (74-52) are tied with El Paso for the Pacific Southern Division lead.

“We’re jelling right now as a team and everybody is putting in their work,” he said. “If we can just tighten down on that mindset and continue to do what we do, I don’t think we’ll have to worry about much.”