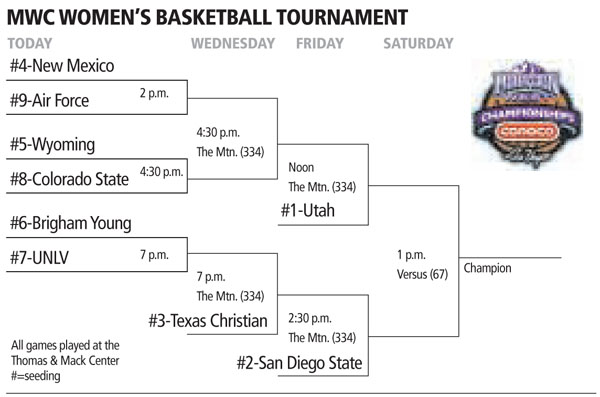 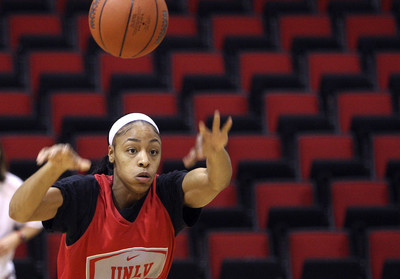 Shamela Hampton and Brittany Halberg came to UNLV in 2005, joining a program that was used to winning.

But after making their sixth consecutive postseason appearance at the end of the 2006-07 season, losing in the first round of the Women’s National Invitation Tournament, the Lady Rebels fell on hard times. Back-to-back losing seasons followed, and coach Regina Miller was forced out in March 2008 after 10 years at UNLV.

Hampton and Halberg, now seniors, endured more struggles with the Lady Rebels (12-17, 5-11 Mountain West Conference) this season, but both agree the program is headed in the right direction under first-year coach Kathy Olivier.

"There’s no way I could’ve done it without them," Olivier said. "Shamela probably more because she’s so loud and her presence is huge. Brittany’s a quiet, different kind of leader. They both definitely bought in."

UNLV, which made a four-game improvement over last season, enters the Mountain West tournament as the No. 7 seed.

Olivier, a former UNLV star who spent the previous 15 seasons guiding UCLA, acknowledged her job was made easier by coming in under the right set of circumstances.

"I think I stepped into a very unique situation, and I stepped in for a reason," Olivier said. "So they were very open to starting fresh and starting new and hearing a new voice. It was a very easy transition."

Hampton, a 6-foot-3-inch center, averaged at least 12 points and 6.6 rebounds the previous two seasons. She enters the MWC tournament with averages of 14.1 and 8.4.

"(Olivier’s) a great coach," said Hampton, adding that she thinks the Lady Rebels will continue to make strides next season as players "get used to the program she’s trying to make this into."

Halberg, a 5-7 guard, made 34 of 127 3-point attempts the past two seasons. This season, after moving from the point and playing mostly shooting guard, Halberg has made 40 of 123 3-pointers.

Like Hampton, Halberg said she thinks Olivier has the Lady Rebels on the right path.

"Maybe when they get to that point when they’re going back to the NCAA Tournament, we may not be here," Halberg said. "But to be that starting group that started it off and showed the signs of the turnaround is something big."

For Halberg, though, this week isn’t about the future.

"We don’t want the season to be over yet," Halberg said. "I think that’s a new feeling for us."