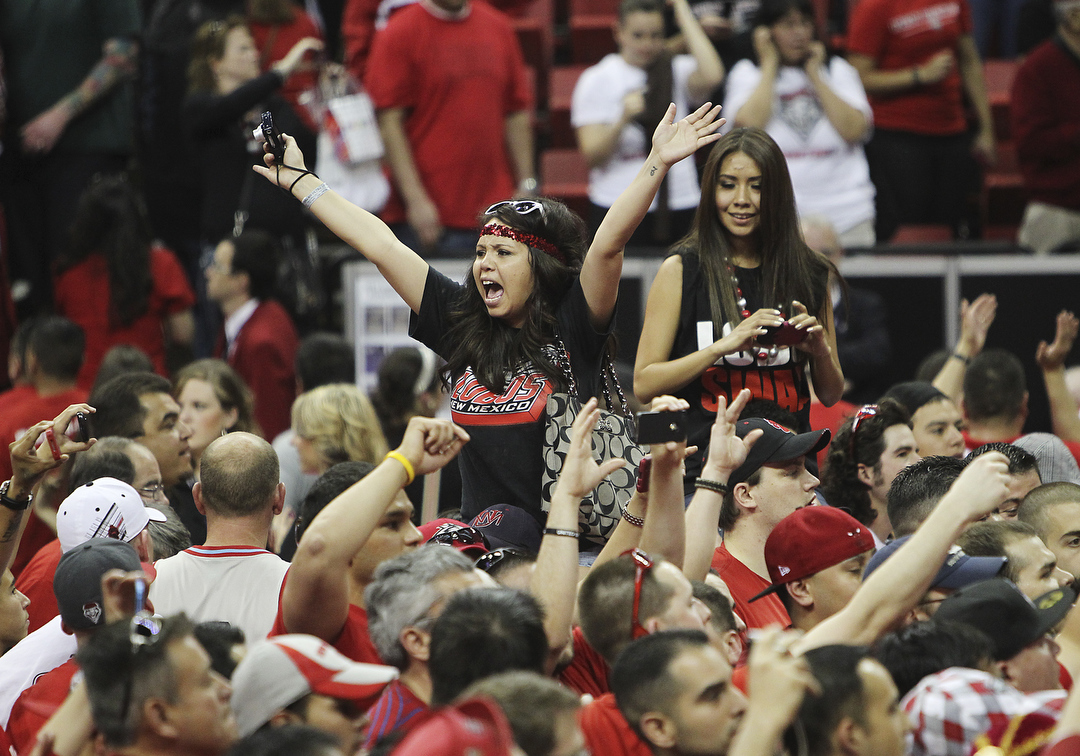 Luke Nevill had 18 points and 15 rebounds to carry Utah to a 52-50 victory over San Diego State today in the Mountain West Conference Tournament championship at the Thomas & Mack Center.

Nevill, a 7-foot-2-inch senior center, came up with a big effort in the same week he was named conference Player of the Year.

The second-seeded Utes (24-9) earned an automatic bid to the NCAA Tournament. The fourth-seeded Aztecs (23-9) are still in strong position to receive an NCAA at-large invitation.

Lawrence Borha hit the first of two free throws to put Utah ahead by two points with 5.7 seconds remaining. The Aztecs rebounded and point guard Richie Williams raced up the court, but Williams was stripped of the ball by the Utes’ Shaun Green just before time expired.

Utah, trailing 20-18 at halftime, opened the second half with a 10-2 run and never relinquished the lead.