Xander Schauffele threatened to run away with the CJ Cup on Friday. Instead, he reached the midway point with a three-shot lead and disappointed that the margin wasn’t larger.

Schauffele birdied six consecutive holes to close out his first nine holes, then came back to earth and settled for an 8-under 64 at Shadow Creek Golf Course. He’s at 14-under 130, with first-round leader Tyrrell Hatton alone in second.

Russell Henley is another shot back at 10 under, with Talor Gooch at 9 under, and PGA Championship winner Collin Morikawa of Las Vegas and Jason Kokrak at 8 under.

Starting on the back nine, Schauffele birdied No. 11 before reeling off six straight on Nos. 13 to 18.

“I mean, when you shoot 29, things are flowing, things are easy,” he said of his start. “You’re not really thinking much at all.”

His birdies came in all shapes and sizes. He made short putts, medium-length putts, a couple of bombs and even chipped in on No. 17.

“Some of those holes you’re not really trying to birdie them, you’re kind of just trying to leave yourself an uphill 35-footer,” Schauffele said. “Fortunately, I made a couple of them. It was a nice stretch.”

“Yeah, it wasn’t just him,” Morikawa said of Schauffele. “Viktor was making a bunch of birdies in that stretch, and I had a couple myself. It’s enjoyable.”

What wasn’t fun, they said, was pace of play after the turn.

“I wish we played a bit quicker,” Morikawa said. “It’s been kind of slow out here.”

Schauffele noted that his first round took 5 hours, 45 minutes. Friday’s round was just 15 minutes faster.

“I got a little stale on the other side,” he said of his second nine. “Pace of play slowed down a lot. It’s hot, and it’s easy to let the mind wander.”

Hatton complained Thursday about being tired after a 20-hour trip from London to Las Vegas. Despite getting good sleep Thursday night, he said energy was still an issue in the second round.

“I’m in a great position going into the weekend, all things considered with the travel that we’ve done to be here,” Hatton said after shooting 68. “Hopefully I can have another good night’s rest tonight and feel a bit fresher tomorrow.”

Hatton won the BMW PGA Championship on Sunday, and he’s hoping the good play that came with him to Las Vegas sticks around for two more days.

“Golf’s a funny game,” he said about playing the week after a win. “You can hop on a plane, and all of a sudden you kind of lose your golf swing somewhere over the Atlantic. But I think it stayed with me at the moment and, like I said, I hope that continues.”

Henley stayed in the hunt with a 68 that included five birdies and one bogey when he sprayed his tee shot on the drivable par-4 11th.

“I feel like I’m keeping the ball in front of me pretty well, and I’ve gotten away with few misses,” Henley said.

But he’s not looking too far ahead despite finding himself in the final grouping Saturday.

“I’m just trying to stay in my lane,” he said. “We’re halfway through. There’s just so much golf to be played, so I’m just going to try to focus on what I’m doing and not worry too much.”

The most surprising name on the leaderboard is Gooch, who missed the cut last week at the Shriners Hospitals for Children Open and hasn’t recorded a top-10 finish since February.

He says he’s not intimidated with his position at Shadow Creek.

“There’s times you feel that guys are so good out here that you have to be on top of it in every area,” he said of his game. “I’ve been able to get into contention without being flawless and without my A stuff. For me, that tells me I don’t have to be perfect.”

Defending champion Justin Thomas climbed onto the leaderboard with a 66, but that still leaves him eight shots back. That’s a big hill, but not one that’s too big to climb, he said.

“You can go crazy low out here,” he said of Shadow Creek. “You’ve got a lot of pins you can get close to. If you don’t hit the fairways or if you don’t have control of your ball, as firm as the greens are, you can make a lot of bogeys, too.” 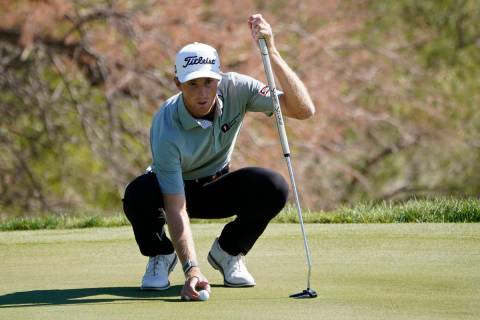 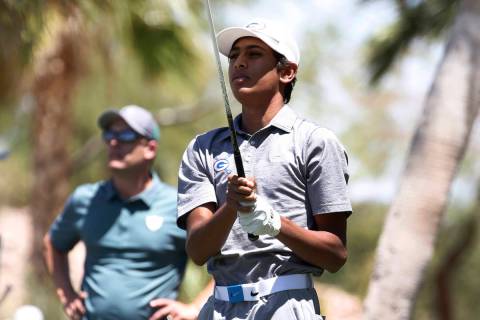 Aarjav Patel shot rounds of 68 and 66 to finish at 10-under 134, overcoming strong winds during Sunday’s final round to win the Las Vegas City Amateur in a playoff. 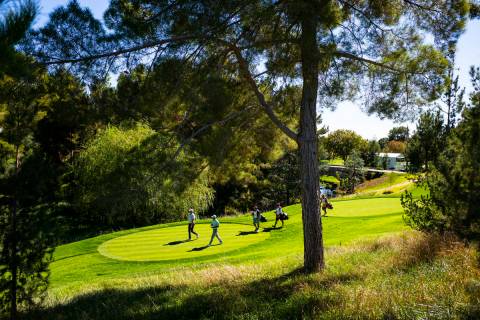 Shadow Creek hosted a PGA Tour event for the first time with last week’s CJ Cup, relocated from South Korea this year because of the coronavirus pandemic. 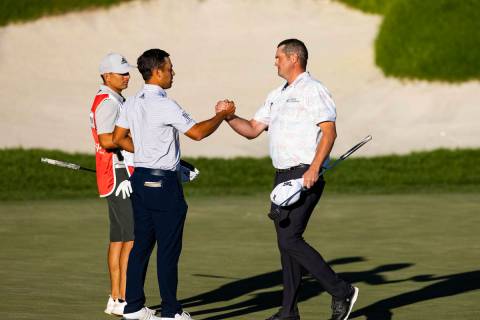 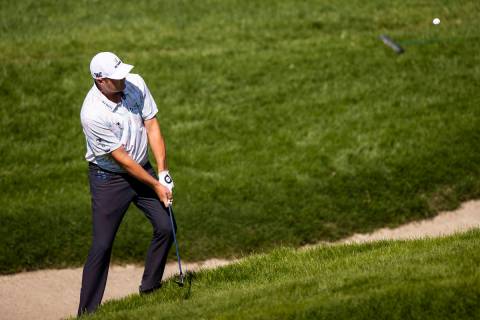 Jason Kokrak went six holes without making a birdie, but he ended that streak on the 18th hole with a birde and earned a two-shot victory in the CJ Cup at Shadow Creek. 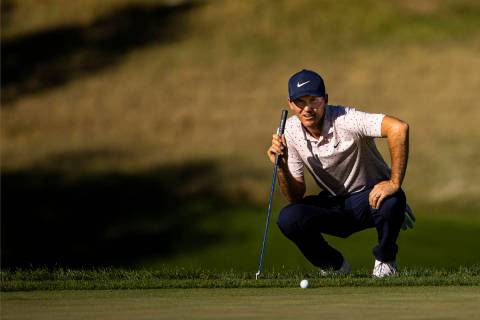 Russell Henley shot a bogey-free 67 Saturday and has a three-stroke lead over four golfers entering the final round of the CJ Cup at Shadow Creek Golf Course. 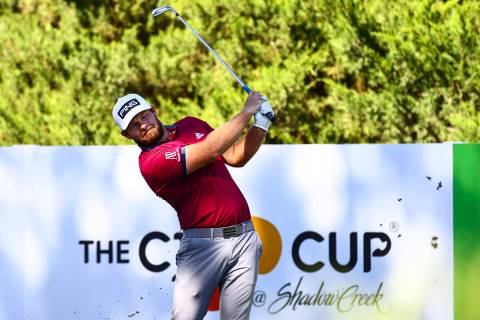 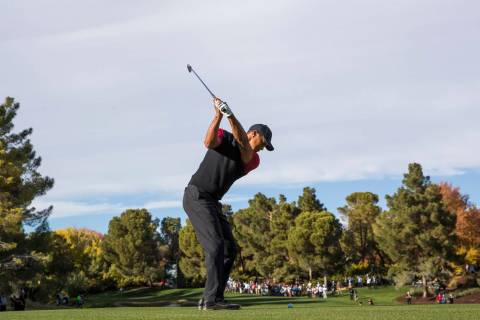 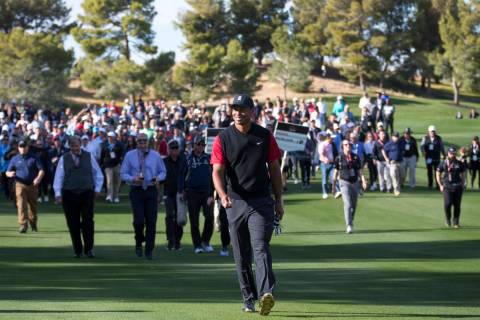 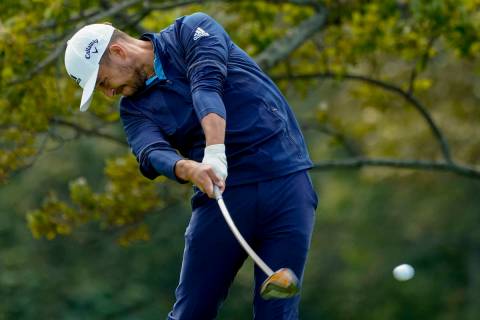