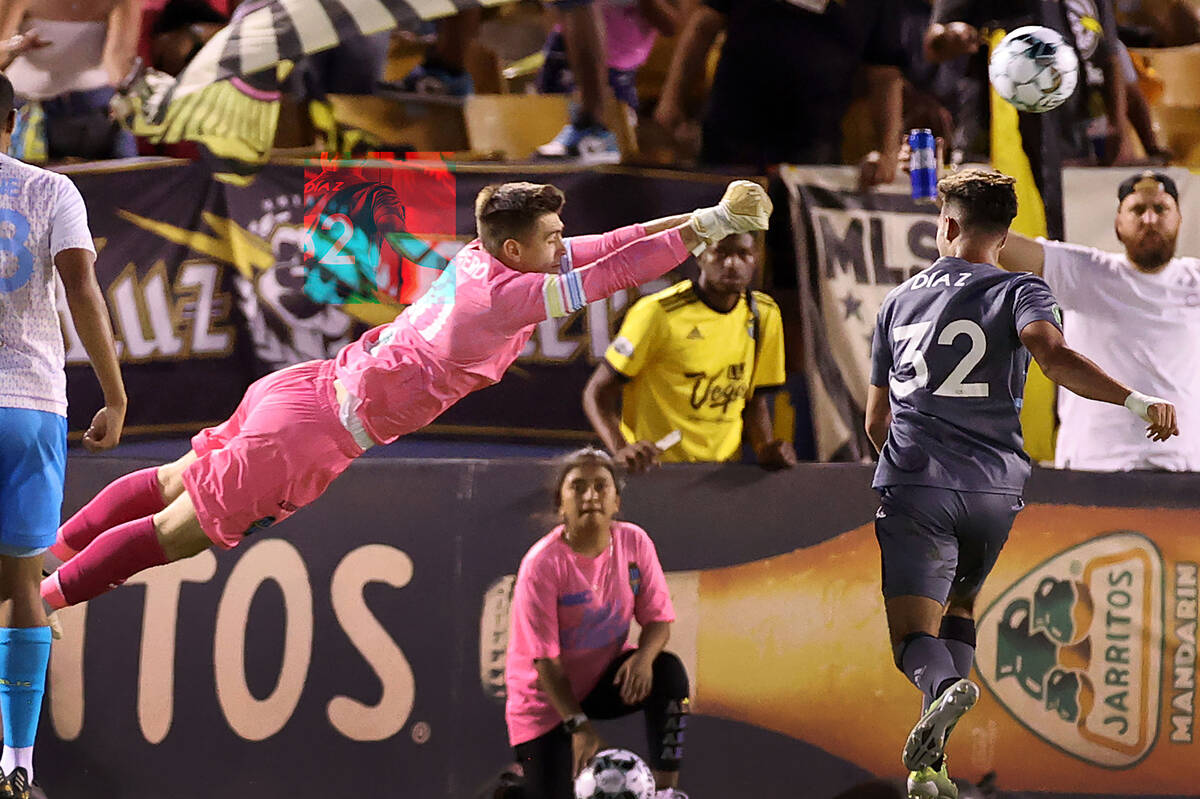 In this June 5, 2021, file photo, Las Vegas Lights goalkeeper Tomas Romero (30) clears the ball against the Tacoma Defiance in the first half of a USL Championship soccer game at Cashman Field in Las Vegas. (Erik Verduzco / Las Vegas Review-Journal) @Erik_Verduzco 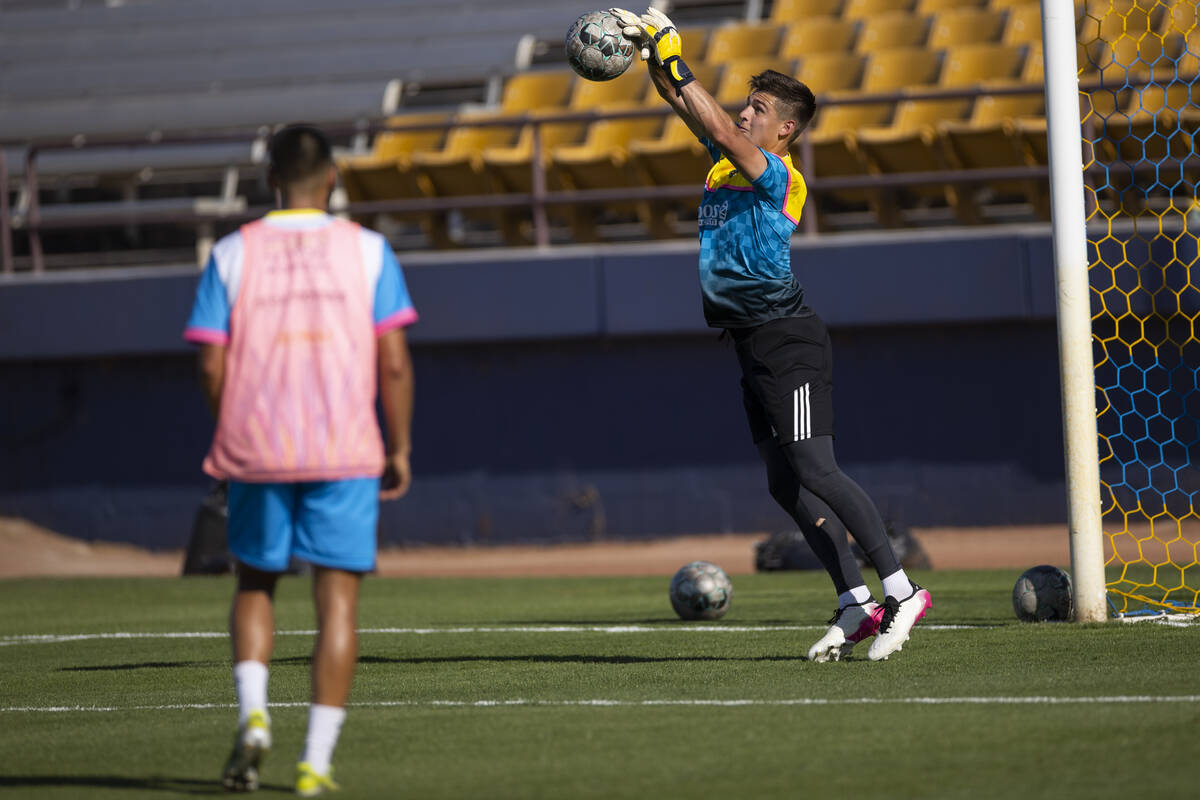 As much as winning games is a top priority for Lights coach Enrique Duran, so is developing talent for Major League Soccer parent club LAFC.

The Lights, in an effort to maximize the development of both their goalies, created a rotation that is paying off.

Tomas Romero and Abraham Romero (no relation) are keeping the Lights in the hunt for a playoff spot. The duo has combined to allow an average of 1.3 goals per game, giving up a goal or less in nine of 13 matches.

Abraham said he understands the benefits of the rotation.

“With more games, more back to back, it’s a bigger ask for the body physically,” Abraham said. “There’s been more rotations the last few years, and I’m not against it. I’m just enjoying the minutes I do get to play.”

After allowing seven goals in the first three games, Duran saw the need to put a greater emphasis on defense during practice. An important part of those sessions was helping grow the on-field connection with the defense and the goalies.

“They needed to feel that confidence in their goalie, it doesn’t matter who is playing,” Duran said. “They are feeling it now, and that the goalie is going to do a good job.”

Duran acknowledged the rotation is challenging at times because they often rotate after one of the goalies played well. But he has seen the goalies continue to support one another throughout practices.

Tomas started in the Lights’ most recent game Saturday against El Paso in preparation for national team duties with El Salvador for the CONCACAF Nations League.

The Lights will break their rotation as Abraham will start the next two games before Tomas returns for their June 19 match at San Diego Loyal. Abraham stayed ready after not appearing in the first three games, and hopes to continue his recent success with consecutive starts.

“I’ve been able to get a few games consistently,” Abraham said. “The rhythm has given me confidence, and that’s been the key to good performances.”

The Lights have needed the help in net given their offensive struggles.

Leading goal scorer Danny Trejo returned to the field against El Paso after missing the two prior games with a hamstring injury. Last year’s leading goal scorer, Cal Jennings, has been called up to LAFC.

Even with goal scoring down, Duran likes they are creating opportunities.

Through the rotation, Duran and his staff have made sure to keep a clear line of communication with the goalies.

“They know exactly what we’re expecting from them,” Duran said. “They just need to continue doing it for the rest of the season because it’s going to be beneficial for both of them. And at the same time, that team is gonna benefit from it.”