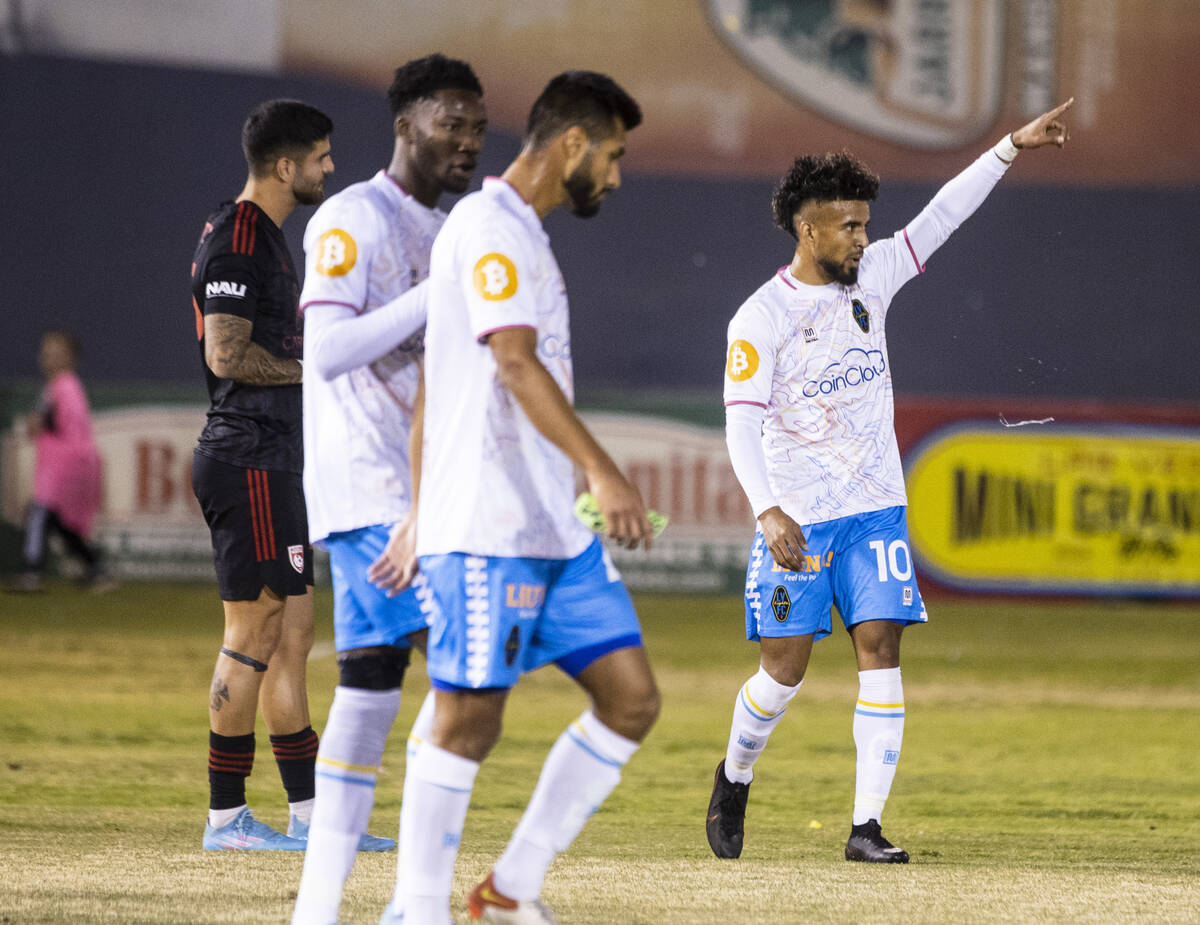 Las Vegas Lights’ forward Daniel Trejo (10) points toward the crowed as he celebrates his goal during the first half of Lights’ season opening game against Phoenix Rising FC at Cashman Field on Saturday, March 19, 2022, in Las Vegas. (Bizuayehu Tesfaye/Las Vegas Review-Journal) @btesfaye

■ RECAP: Lights forward Danny Trejo scored his league-leading sixth goal in the 27th minute to put Las Vegas ahead with the game’s only goal. The Riverhounds outshot the Lights 10-5 and held a 4-2 advantage on shots on target. The Lights overcame drawing three yellow cards.

■ THEY SAID: “Last season I had a tough season because of injuries, so this year I feed off of that,” Trejo said. “I want to pay my teammates back with effort, hard work, scoring goals and assisting them. And making sure I work hard for them.”

■ ALSO: Trejo was named USL Championship Player of the Month for March on Thursday. He leads the league with six goals and four assists. Trejo is the first player in Lights history to receive the honor.