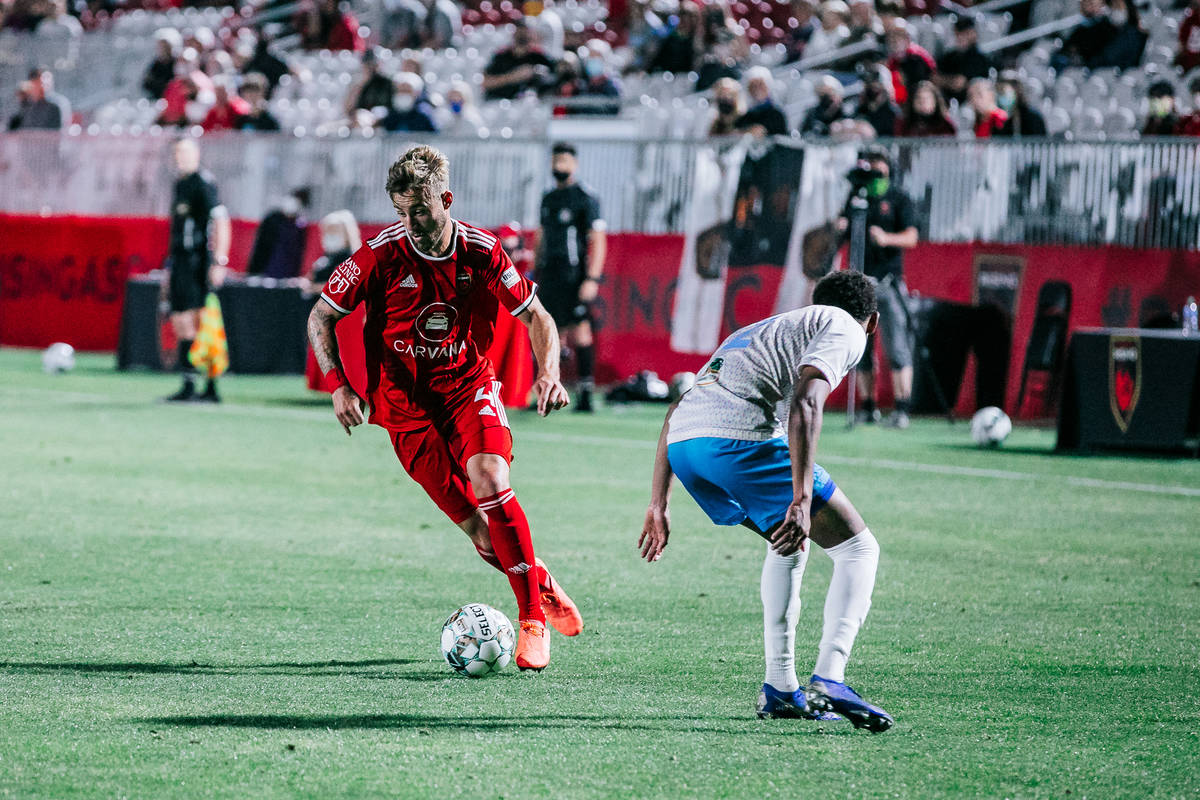 Julian Gaines locks in on defense, an aspect of his game he's been focusing on. (via Las Vegas Lights FC) 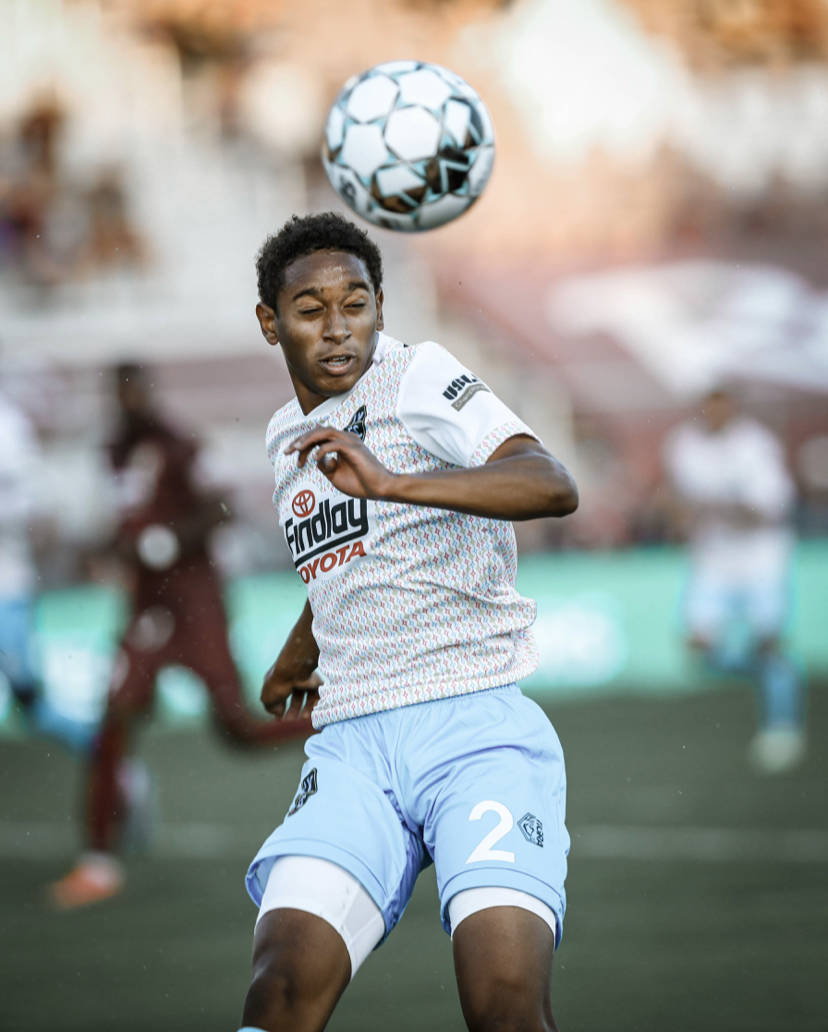 When the Las Vegas Lights announced the signing of forward Julian Gaines in early May, it officially kick-started the 18-year-old’s professional career.

Gaines, who committed to Oregon State, felt signing with the Lights would give him the best opportunity to develop as a soccer player. He also cited the Lights’ new affiliation with LAFC as a big factor in his decision.

“It was a difficult decision because I was open to both ideas,” Gaines said. “The college route, it’s a good route. What ultimately swayed me to come to the Lights was that affiliation with LAFC.”

That affiliation, Lights owner and GM Brett Lashbrook explained, gives the Lights access that they would not otherwise have to young national team prospects like Gaines.

Gaines comes from a soccer-playing family. His brother McKinze Gaines plays for Hannover 96 in the second tier of Germany’s Bundesliga league.

The two grew up in Austin, Texas, and Gaines said his older brother has had a major impact on him as a person and a player.

“The reason why I started playing soccer was because of my older brother,” Gaines said. “Soccer for us was just something we could compete (over), but also encourage and motivate each other.”

Gaines had been with the Barca Residency Academy in Arizona prior to signing with the Lights. This is Barcelona FC’s U.S. youth soccer program.

He also has some USL experience, making one appearance for Austin Bold FC in 2019 while on an academy contract. He was 16 at the time.

Gaines has also made appearances for the U.S U-15 and U-17 national teams after an exceptional youth career with Lonestar SC.

“My dream was to play professional soccer at the highest level, no matter where,” he said. “I wanted to be (with programs) that would help me get to the next level and push me every day with players that also wanted to get there.”

This season Gaines has made three appearances for the Lights, starting in each one. On the field, he has had to adjust to the physicality that older USL competition brings.

However, he said the talent level the USL offers hasn’t been a big adjustment and credits his time with Barca residency for preparing him.

Gaines has also had to adjust to a position change and finds himself having to do a lot more defensively. “I played mostly as a winger or a forward. But coming here, I’ve transitioned into a right wingback,” he said.

On the field is not the only transition Gaines has had to make. He’s also had to transition to living on his own miles away from his family.

“It’s been mostly exciting,” he said. “We have some players that live in the same complex as me, so it’s been good because some of the older guys, they look after me.”

Gaines has been enjoying the process thus far and is thrilled with how much he has learned both on and off the field. He is looking to keep that mentality as the season rolls along.

“I want to continue to use each day as an opportunity to showcase my skill and continue to grow,” he said. “(Just) be the best version of myself each and every day.” 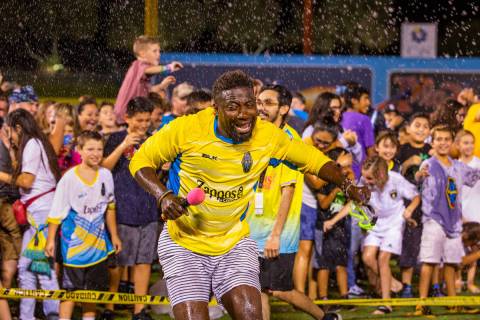 Fans will be able to take the field at halftime of Friday’s match against San Diego Loyal SC. Kickoff is at 7:30 p.m. at Cashman Field.