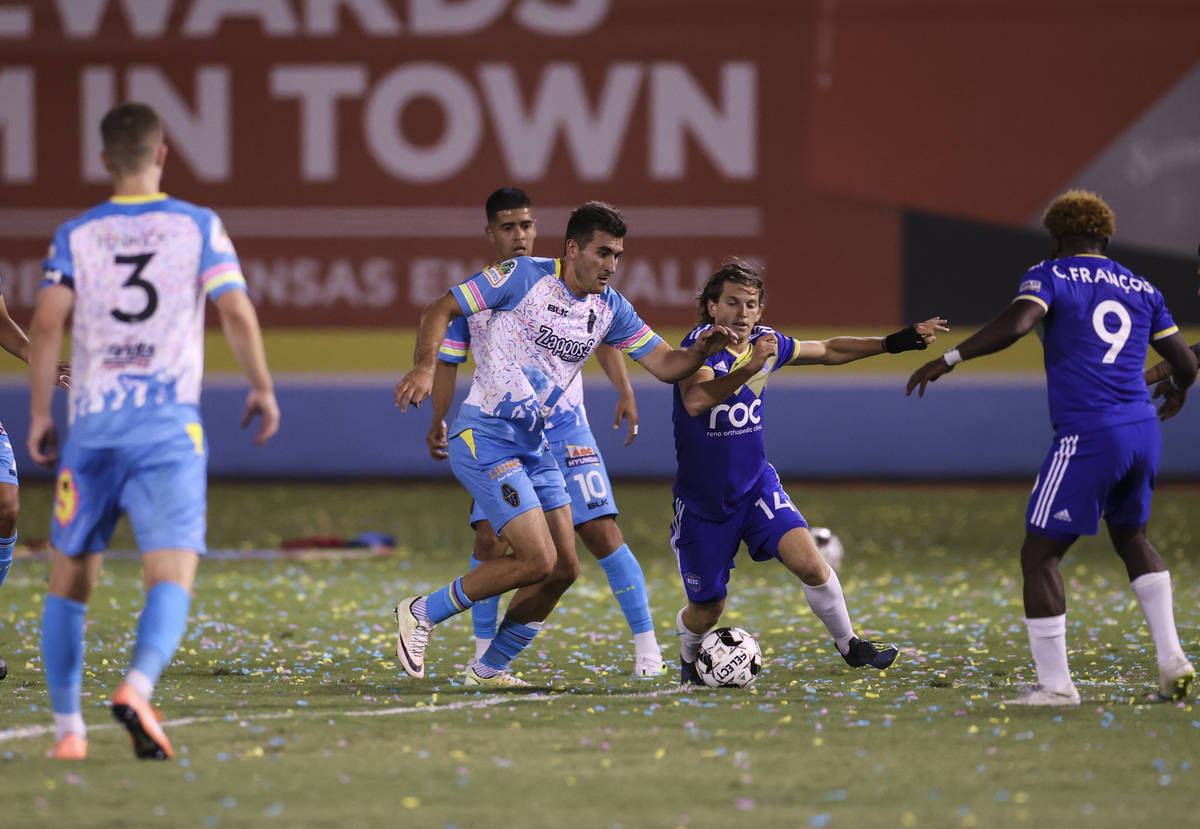 The Lights FC looks to earn the first win of its 2020 season against a familiar opponent. For the third time in four games, the Lights will take on the San Diego Loyal SC on Saturday at Cashman Field. Lights FC lost 2-1 in the previous meeting at Torero Stadium in San Diego.

Saturday’s match will be the final regular-season meeting between the teams.

Lights FC interim head coach Frank Yallop said despite San Diego having a head start in getting back to the field, he felt the Lights held their own in the last match against the Loyal.

“We had a couple chances to equalize that game,” Yallop said. “I wouldn’t say we deserve to win, I don’t think we did, but we didn’t deserve to lose that game.”

After Saturday’s loss to the Reno 1868, the Lights sit 10 points behind San Diego in the United Soccer League’s Group B standings. Lights defender Ramon Martin Del Campo emphasized there are no excuses for the early losses.

“I know we were one of the last teams to get back at it, but that’s no excuse,” Martin Del Campo said. “(Lights FC Owner Brett Lashbrook) is still paying us. We’ve got to win, and we’ve got to make this city and this club proud.”

On Thursday the Lights announced forward Seku Conneh’s lower body injury would require surgery, keeping him out for at least two months. In the statement, Yallop said Conneh is expected to make a full recovery, though he may be out for the rest of the season barring a miraculous recovery.

“Losing (Conneh), our proven goal scorer, has hurt us,” Yallop said. “I think he would’ve scored at least two goals by now.”

The team also announced the signing of veteran midfielder Seth Moses. He most recently played in the USL Championship for Fresno FC, where Yallop previously served as the general manager from 2018-2019. Fresno FC did not return to the league in 2020, instead opting for relocation.