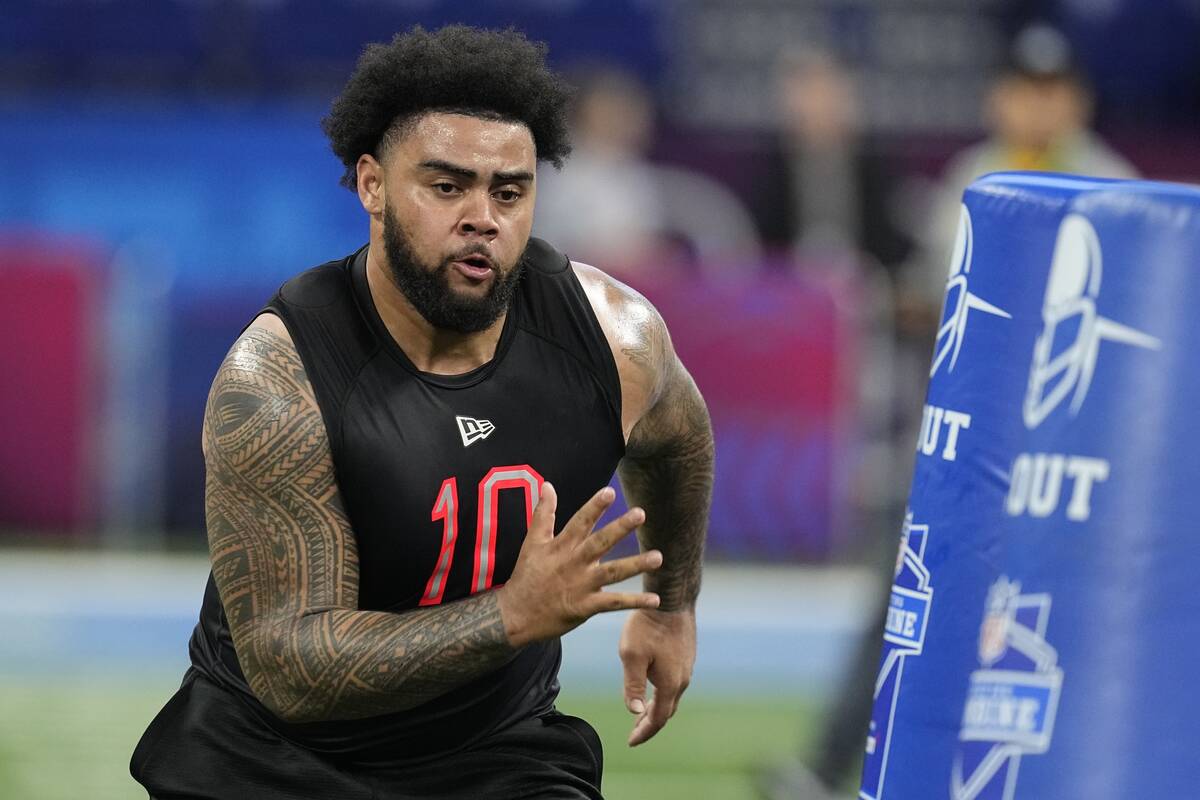 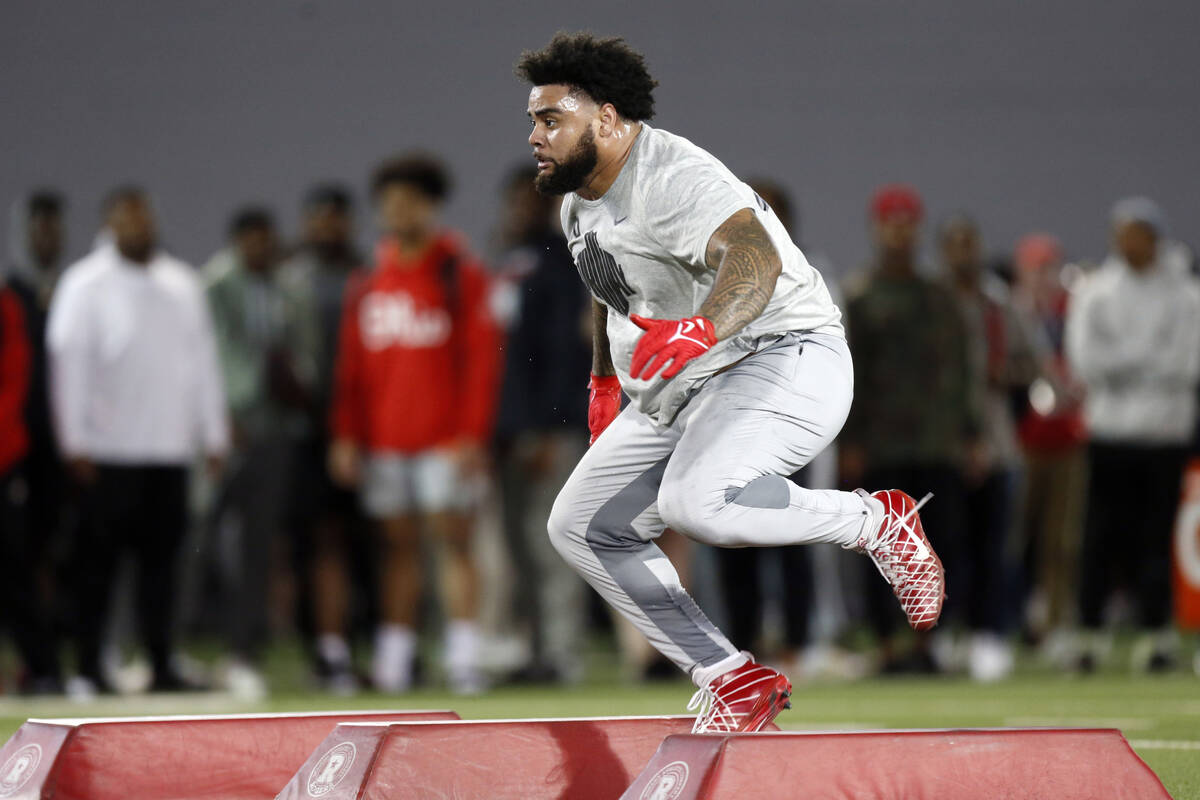 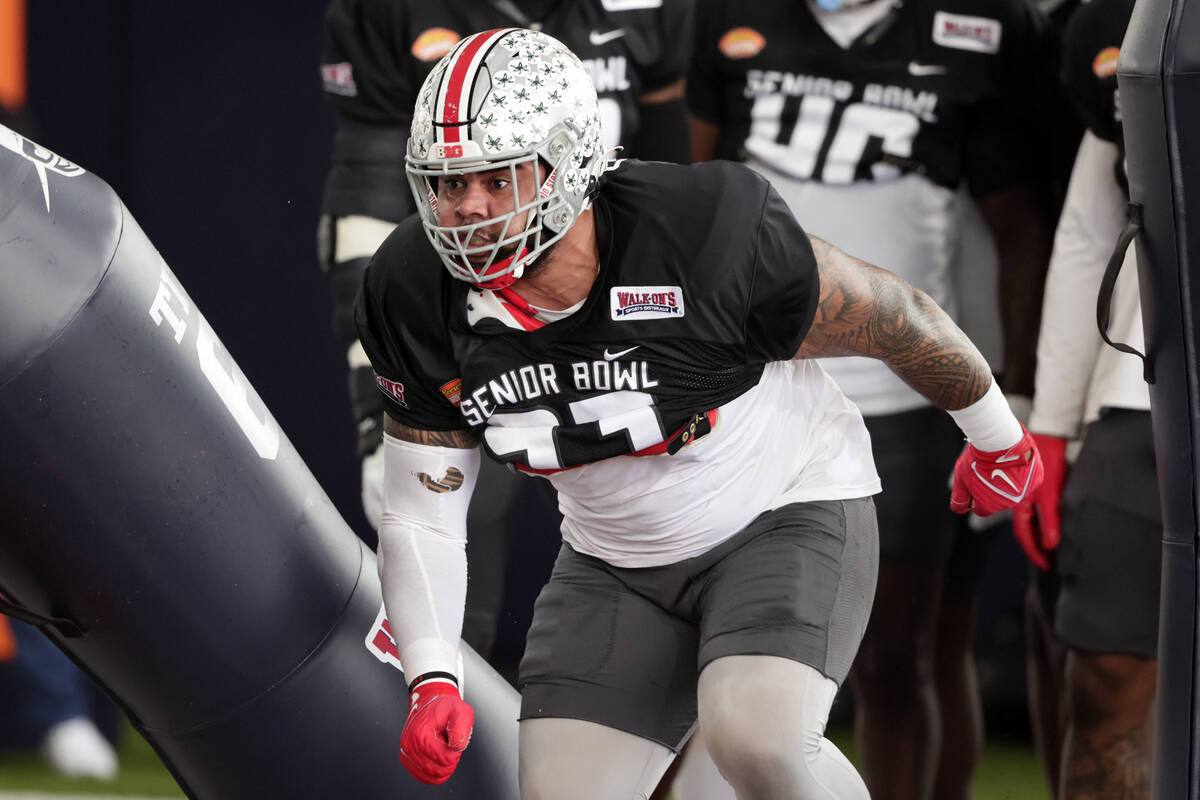 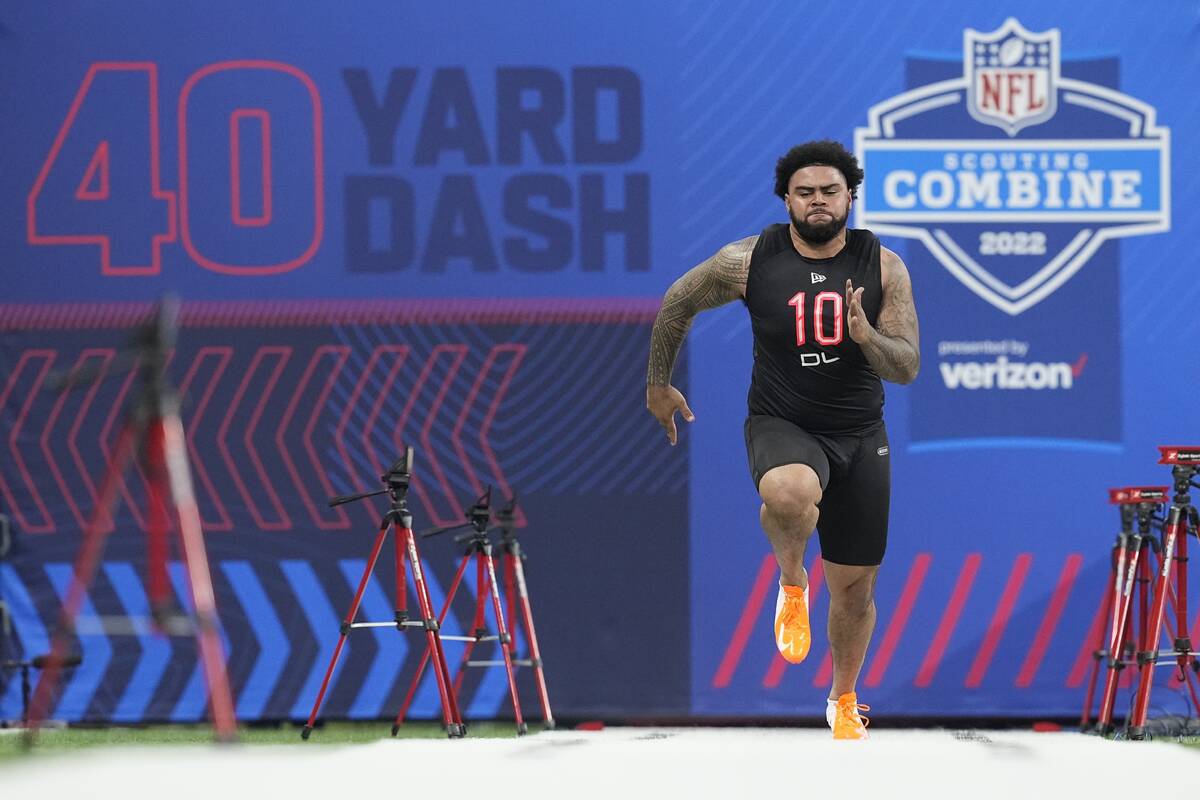 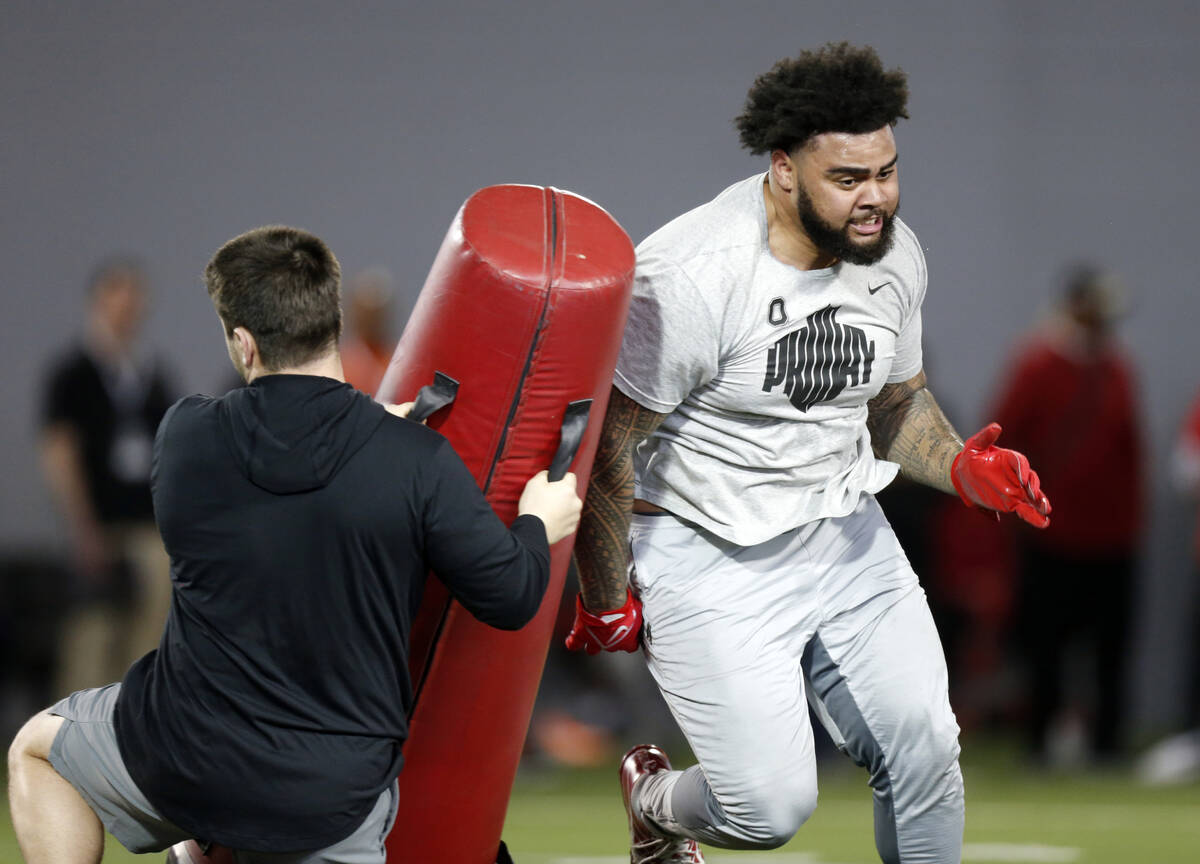 The sprained right ankle wouldn’t heal. But Haskell Garrett wasn’t willing to miss the game against Michigan State. There was still too much at stake for Ohio State. And for Garrett, who bypassed the 2021 NFL draft to chase a national championship.

“I was told not to play,” the former Ohio State defensive lineman said last month at the NFL’s scouting combine. “(But) I wanted to be there for my teammates. Be there for the last two games. They told me to rest, but we were chasing something bigger.”

And now, Garrett is, too.

Garrett battled his way to All-Big Ten honors as a fifth-year senior in 2021 despite spraining his ankle midway through the season against Maryland. The former Bishop Gorman standout and All-American is healthy now and figures to be selected this weekend during the NFL draft — likely on the third day.

Born and raised in Vermont, Garrett also lived in Hawaii before relocating to Las Vegas and enrolling at Gorman, where he helped power the Gaels to three national championships. He flourished as one of the country’s best defensive tackle recruits, with 50 tackles, 20 for loss and 7.5 sacks in 2016 as a senior.

He played sparingly during his first three years at Ohio State before emerging during the 2020 season as one of the most productive defensive tackles in the Big Ten — posting 20 tackles, including four for loss and two sacks in eight games.

That after enduring a gunshot wound to the face while breaking a fight up two months before the season began.

“As an athlete, you see things and you want to help out and intervene and stuff like that,” Garrett said, explaining what he learned. “Sometimes it’s better to just call the proper authorities and just kind of not take the approach where you’ve got to be hands on. Sometimes there’s consequences to being hands on,”

Garrett said a return to football helped motivate him to recover, and his performance in 2020 propelled him toward the top of last year’s positional prospect rankings. He could have been an early-round pick, but opted instead to utilize the additional year of eligibility gained in wake of the COVID-19 pandemic.

The Buckeyes were great once again, finishing 11-2 and vying all year for the College Football Playoff. And though they lost to Michigan and fell short of Garrett’s goals, he said he “did exactly what I came back to do” in totaling seven tackles for loss and 5.5 sacks during the 2021 season.

“Without the adversity, I’m not who I am today,” he said. “It really fuels and drives me, and going through that has made me a better person, better brother, a better teammate and overall, better man in this world.”

With the ankle injury lingering, Garrett opted out of the Rose Bowl and returned to Las Vegas to prepare for the NFL. He said he would “love to play football again in Las Vegas,” having had so much success here before.

“I just love being home, being in that environment and just being around friends and family,” he said. “Everybody has this perception about Las Vegas. The Strip and everything. But Las Vegas is actually a good down and place for me and my development. It helped me get to where I am today.”