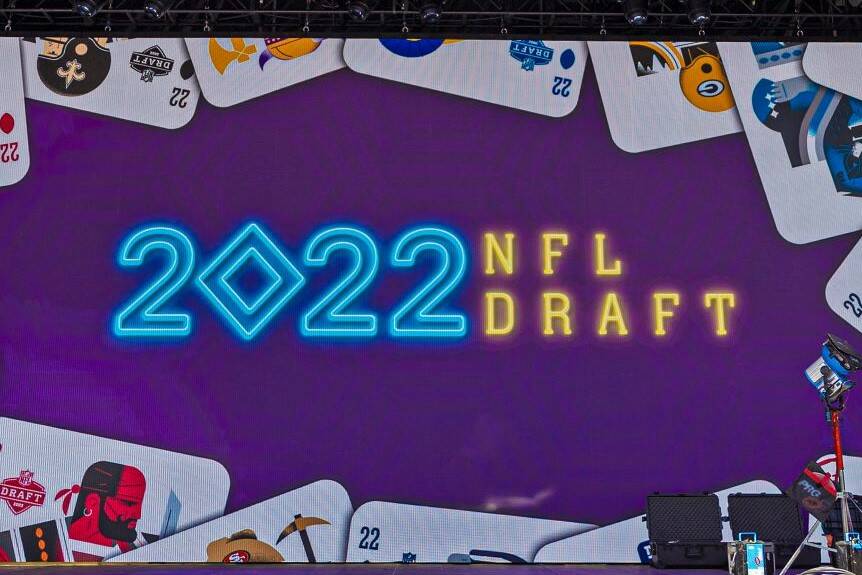 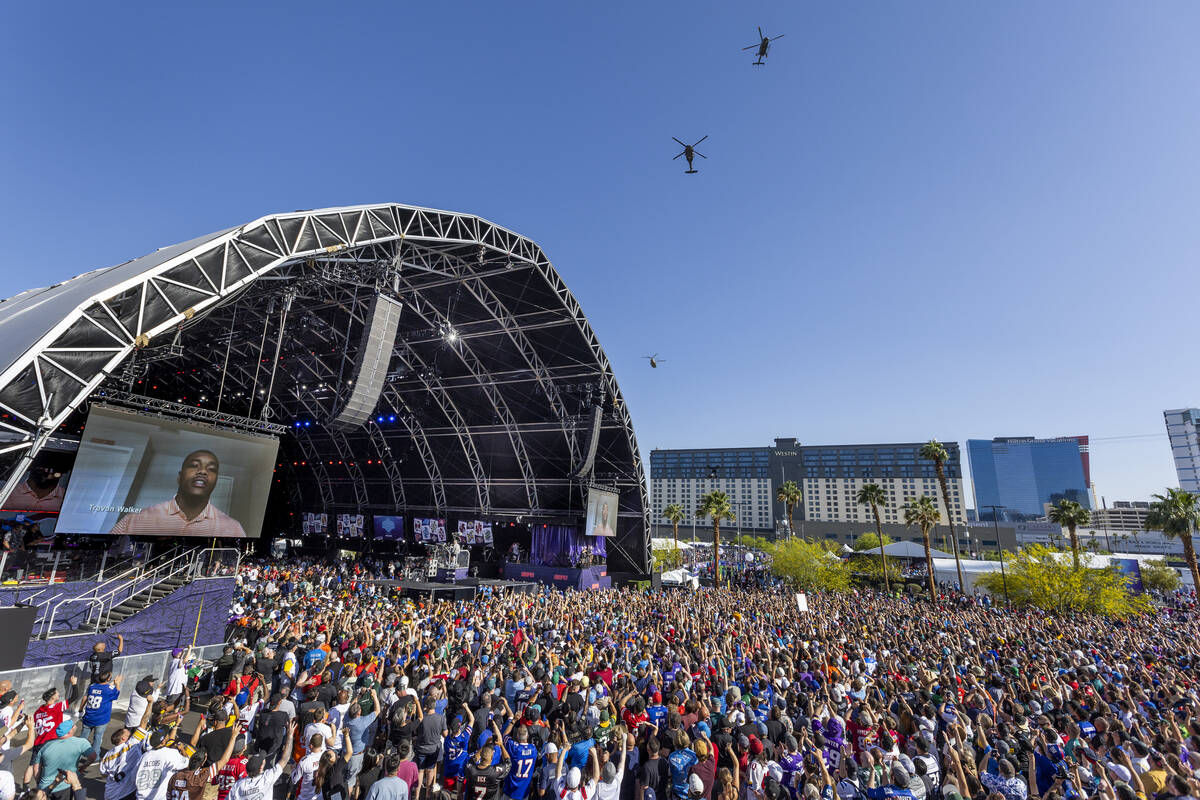 A crowd gathers to watch the start of the 2022 NFL Draft from the Draft Theater as a military fly over takes place about the Draft Experience on Thursday, April 28, 2022, in Las Vegas. (L.E. Baskow/Las Vegas Review-Journal) @Left_Eye_Images

Just five arrests were made during the three-day NFL draft that took over a large area near the Las Vegas Strip, police said Monday.

The Metropolitan Police Department said the arrests were made on Thursday, the draft’s first day, on charges including vagrancy, sleeping in public, resisting a public officer, trespassing and disorderly conduct.

No arrests were made on Friday or Saturday, police said.

The department had previously said the draft concluded without any “major incidents.”

An unknown number of local and federal, and private security officers were sprinkled throughout the tourist corridor for the event, which was held in Clark County for the first time and drew hundreds of thousands of visitors.

The number of visitors was compared to the amount who visit during the mammoth New Year’s Eve festivities each year on the Strip and downtown Las Vegas. 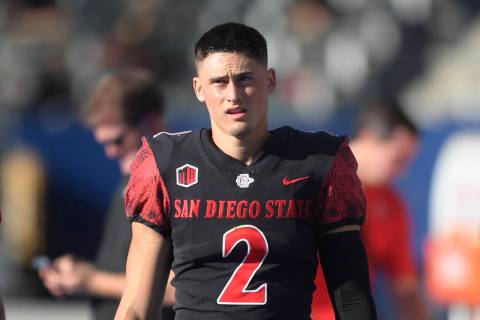 Former San Diego State star Matt Araiza had to watch as two other punters were selected before him in the NFL draft and he intends to make those teams regret their decisions.