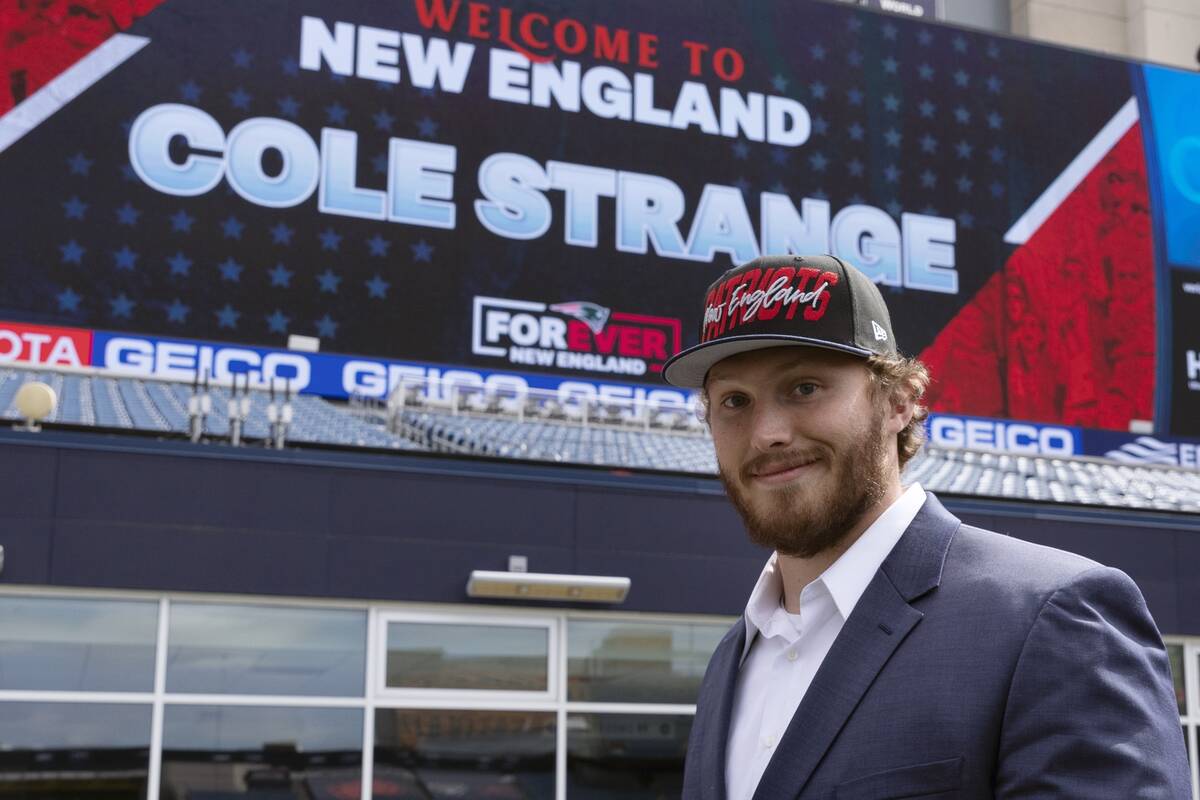 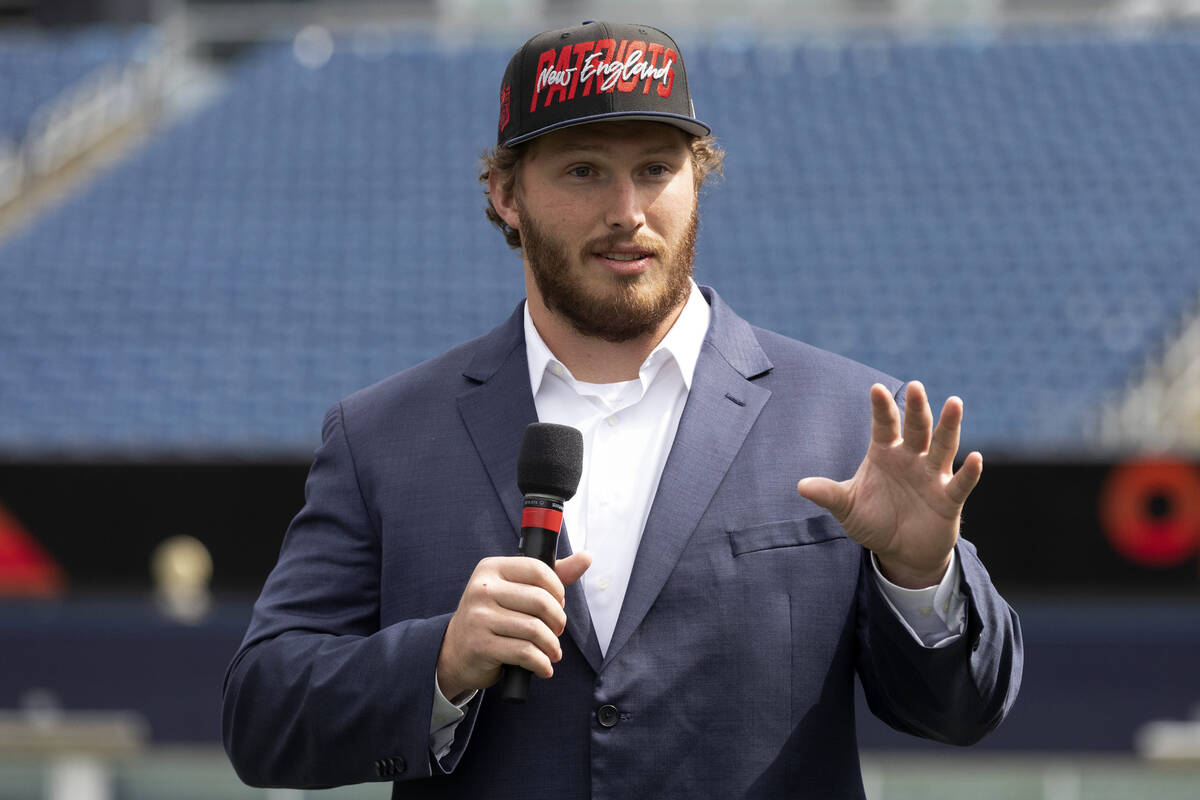 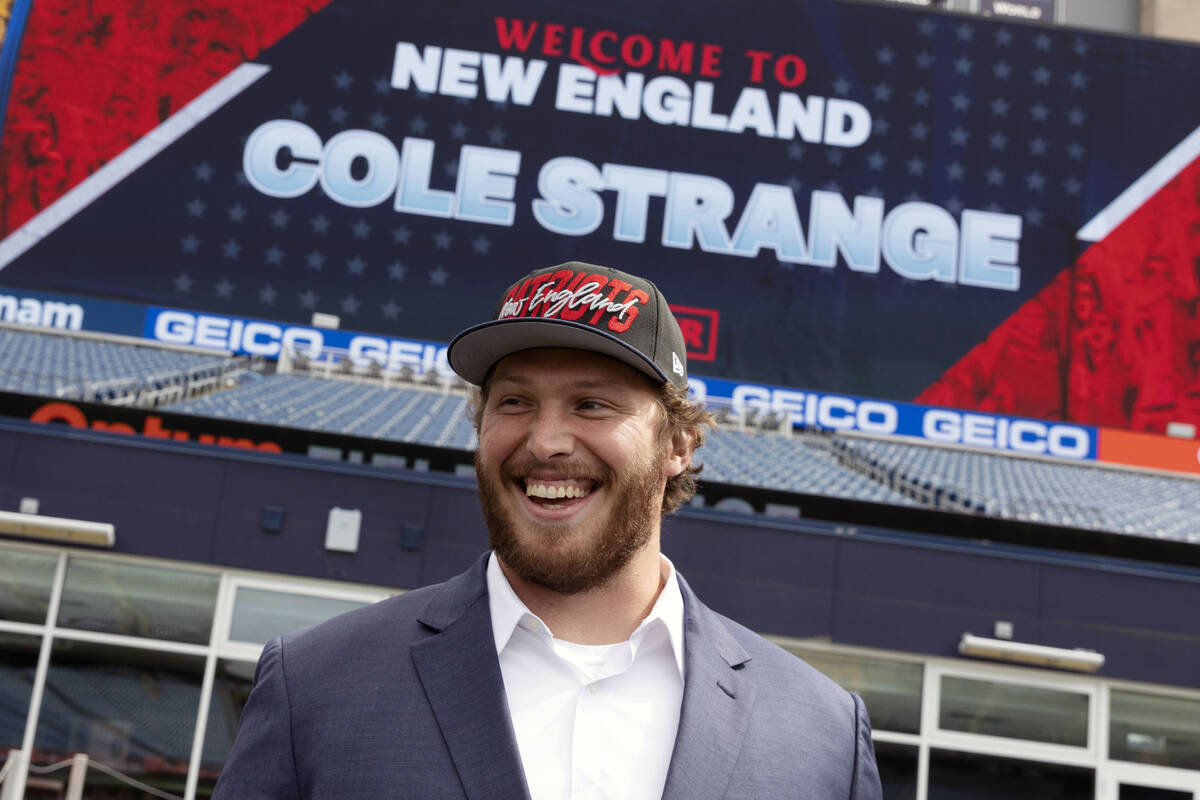 NFL coaches and executives don’t often show much emotion when talking about the moves made by other teams.

So when Rams coach Sean McVay laughed about the Patriots’ selection of Tennessee-Chattanooga guard Cole Strange in the first round, it was startling.

McVay said the situation was misunderstood. He was doing a news conference with general manager Les Snead and the pair joked about how much work they did studying film on Strange, who they hoped would be available when they had their first pick at the end of the third round.

“It was more of a reflection of, I was actually giving Les some, you know, a hard time because when we started watching him, I think we both were in agreement, there’s no way he’d be there because we like the player so much,” McVay said.

“If there’s anybody that has more respect for Coach Belichick, what he’s done than I do, I’d like to see him. … I would never want it to get misunderstood for Cole Strange or the Patriots organization that anything but respect for the player.”

Fine. But it was still a reach to take Strange with the 29th overall selection, which was a big part of the reason the Patriots made the list of teams who struggled in this week’s draft at Caesars Forum.

New England has a tough history of drafting wide receivers.

Speedstar Tyquan Thornton hopes to reverse that trend, but he certainly has question marks.

New England added some pieces on the offensive line and a couple decent cornerbacks.

Bailey Zappe is certainly a worthwhile project as a backup quarterback. But nothing is going to scare anyone in the division.

The Patriots have done enough well over the years to warrant the benefit of the doubt. This draft does not look good on paper, though.

Here’s a look at the other losers from this week’s draft, excluding the teams like the Raiders and Browns who gave up most of their draft capital to acquire superstar players during the pre-draft process:

They kept trading down and building an arsenal to the point they made six picks over the course of the sixth and seventh rounds.

Cornerback Kyler Gordon could be a good pick in the second round and Jaquan Brisker is a solid pick at safety. They won’t do much to help an anemic offense, though.

They filled a need at wide receiver by trading away their first-round pick for Marquise “Hollywood” Brown, hoping a change of scenery and reunion with Kyler Murray will help his production and make him more content.

It was a pretty steep price, though.

Trey McBride should be a solid tight end. It just felt like the first two rounds were essentially about begging Murray to like them again.

It’s not that Green Bay had a bad draft.

Even though they didn’t select a wide receiver with either of their first-round picks, they did start to address their needs there with two selections at the position.

Green Bay had to give up two second-round picks to move up to No. 34 in order to take Christian Watson. It’s an awfully big pricetag for a somewhat risky, high-ceiling player from the FCS.

The Packers did get better value for UNR standout wide receiver Romeo Doubs. First-round picks Quay Walker and Devonte Wyatt should be very helpful on defense.

It’s just really tough to get past how lopsided the trade was in the second round.

The quarterbacks slipping so far in the draft showed just how the league felt about this class.

Yet there still wasn’t a massive push to get Mayfield away from the Browns.

He will find a home and definitely has a chance to be a reliable starter again in the NFL.

But this week, the unveiling of his hideous statue at Oklahoma and the lack of movement on a potential trade had to hurt his ego.