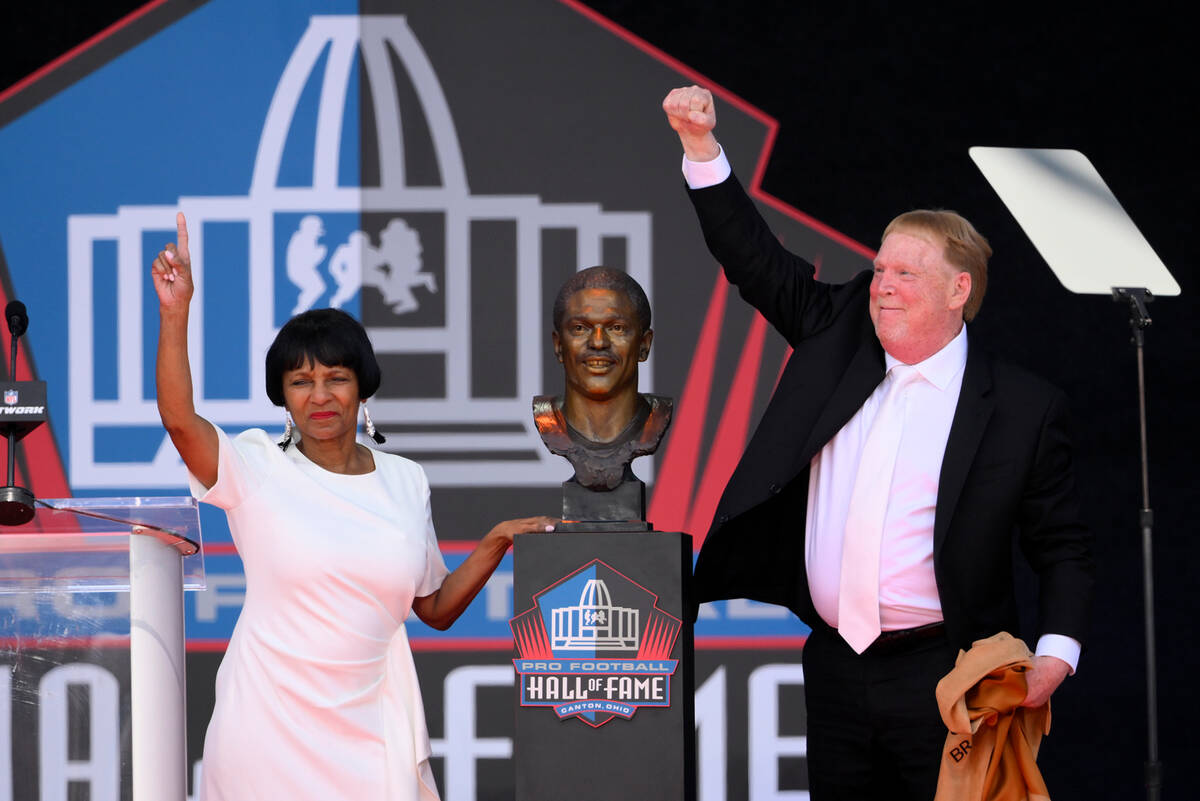 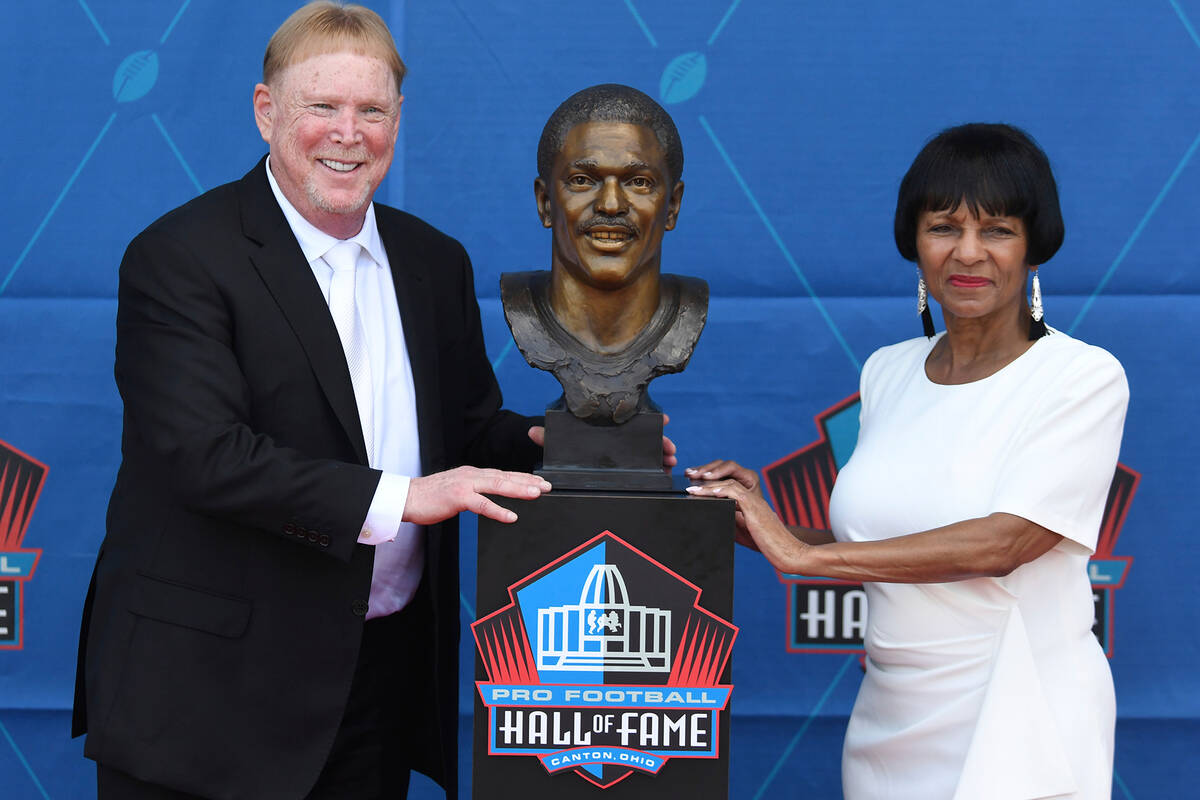 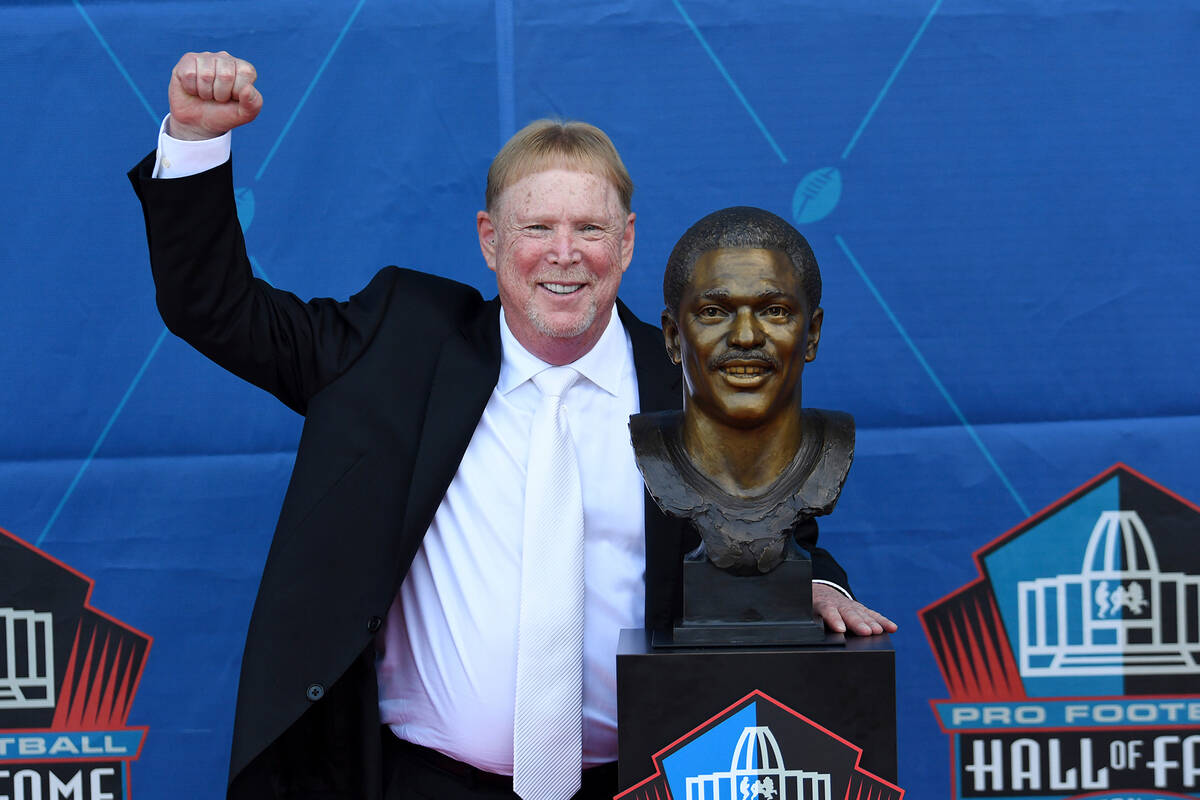 CANTON, Ohio — There is a famous video of former Raiders great Cliff Branch in which he is sprinting to the end zone on his way to a touchdown. Almost directly ahead of him, in a section of the Oakland Coliseum aptly named “Cliff’s Corner,” a sign is hanging. It reads simply, “Speed Kills.”

It was an ode from Raider Nation to Branch, the game-changing wide receiver whose breathtaking speed applied max pressure on opposing defenses, changed the game of football, helped lead the Raiders to three Super Bowl championships and, finally at long last, delivered him to his rightful place in the Pro Football Hall of Fame.

Branch was one of two former Raiders who were enshrined in Canton on Saturday, the other being defensive tackle Richard Seymour. He played four seasons with the Raiders after playing the first eight years in the NFL with the Patriots.

If it looked in the video like Branch was running straight for the sign, well, as his sister Elaine Anderson explained on Saturday as she delivered the Hall of Fame acceptance speech on behalf of her late brother, that might not be a far-off assumption.

“Cliff loved that,” she said of the sign and slogan that became synonymous with Branch and the devastating element he brought to the field.

All these years later, whenever Raiders owner Mark Davis watches the video, the same emotion sweeps over him.

“Even to this day, I get tears in my eyes when I look at the picture of Cliff running into Cliff’s Corner with that ball held above his head as he’s scoring a touchdown,” said Davis, who shared presenting speech honors with Elaine Anderson on Branch’s big day.

“It was so apropos,” Davis said. “Every team feared Cliff Branch and that speed that he had.”

It was Davis who waged a long, determined fight to get Branch, his best friend, into the Hall of Fame. In spite of numbers over a 14-year career that reflected a worthy candidacy, and the respected and acknowledged impact he had on the game with the introduction of world-class speed to stretch the football field, Branch was overlooked for consideration.

Davis never gave up fighting and grew even more determined after Branch died in 2019. His efforts were not in vain. They finally culminated with Branch being inducted into the Hall in February.

“Clifford was delayed, but not denied,” his sister said.

A jubilant Davis was overwhelmed upon Branch finally reaching the pinnacle of pro football, although it made for a bittersweet afternoon on Saturday. “He longed for this day,” his sister said.

In delivering her brother’s acceptance speech, Elaine Anderson said Branch’s spirit was prevalent at Tom Benson Hall of Fame Stadium. “And 21 is seated front and center with Al Davis and John Madden,” she said of two other Raiders in the Hall of Fame.

Branch was selected by the Raiders in the fourth round of the 1972 draft out of the University of Colorado. It was on that day, Elaine Anderson remarked, “His blood turned silver and black.”

But it would take a while before her brother’s career would take off. In fact, Mark Davis remembered a young Branch as “this small little thing that could run like a deer.” On the other hand, Davis said, “In his first couple of years, he couldn’t catch a football.”

That soon changed, as Branch and the Raiders worked diligently to turn all that speed into a viable NFL weapon. By his third season, Branch delivered 60 catches for 1,092 yards and 13 touchdowns. Liftoff occurred, and Branch, the Raiders and the NFL would never be the same.

With Branch stretching the field to either strike big against opponents with long plays or opening the field for his teammates, the Raiders reached four straight AFC championship games from 1974 to 1977 and won their first Super Bowl championship. He was also a driving force behind the Raiders’ winning two more Super Bowl titles in 1980 and 1983.

“Over the years, Cliff became one of the most respected wide receivers in professional football.” Davis said.

In the process, Branch developed a singular style that would ultimately define him as one of the NFL’s greatest players. Or, as Davis put it, Branch was “the most dangerous person on the field” every game he played.

All because of Branch.

“Cliff Branch could go to the end zone from anywhere on the field,” Davis said. And now, finally, he is in the Hall of Fame.

In Seymour’s acceptance speech, he said he grew up a Raiders fan and considered it an “unexpected gift” to spend the last four years of his career learning under “the late, great Al Davis.”

“Mr. Davis was a coach, commissioner and Super Bowl champion,” Seymour said on Saturday. “But above all else, he was a great leader, because he welcomed and listened to every voice. It didn’t matter if you were a man, woman, black, white, gay or straight. He believed that football was a game of values.”

Seymour said Mark Davis is a worthy predecessor to his father’s trailblazing ways.

“Mark Davis continues to serve as the beacon today,” Seymour said. “Lighting that torch, because he knows it makes football better and is the right thing to do.”

As Seymour said upon concluding his remarks about the Raiders: “As the mantra goes, once a Raider, always a Raider.”