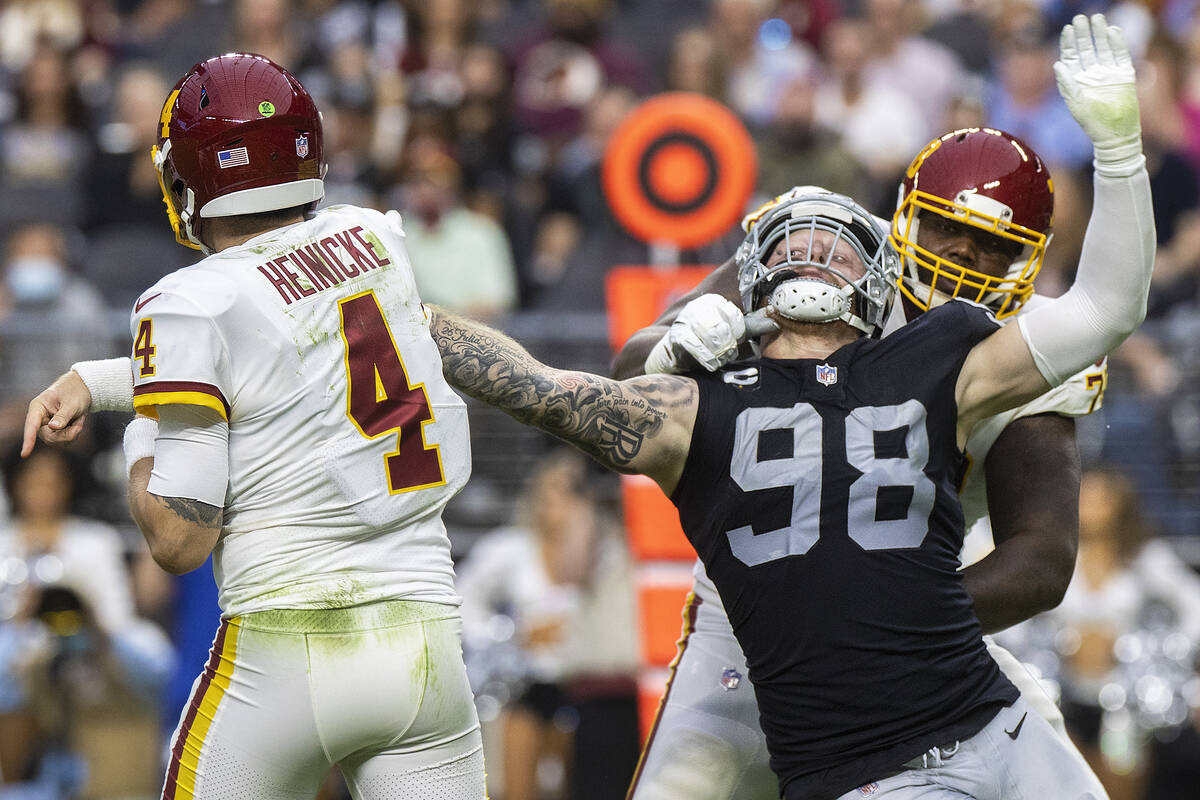 KANSAS CITY, Mo. — Raiders defensive end Maxx Crosby was fined $15,450 for the roughing the quarterback penalty he was called for last week against the Washington Football Club.

It is the second time Crosby has been fined over the last month, including the $5,809 he was fined in November for an incident the NFL deemed as “taunting” after Crosby tried to hand the ball off to a Cincinnati Bengals player.

Crosby talked this week about the fine line between playing fast, physical football and staying within the NFL rule book.

“I just don’t want to hurt the team. That’s what bothers me,” Crosby said. “I’m playing fast. We’re trying to get off the field. It’s third-and-10, and I hit the quarterback, which is my job. And I get a penalty. So that’s what hurt me. It’s a part of the game, it’s tough. Again the game has changed a lot. We just have to adjust.”

On the play, Crosby spread his arms out as he and Washington quarterback Taylor Heinicke fell to the ground upon Crosby crashing into him. His intent was to show officials he was trying to avoid falling on Heinicke with the full weight of his body. But the game officials and league office felt otherwise.

“On the Maxx Crosby (penalty), we try to get our arms out and not put our body weight into him,” said Raiders defensive coordinator Gus Bradley. “The late hits, the ball is already thrown. You can see Maxx try to lift his arms up. That’s what we try to do.”