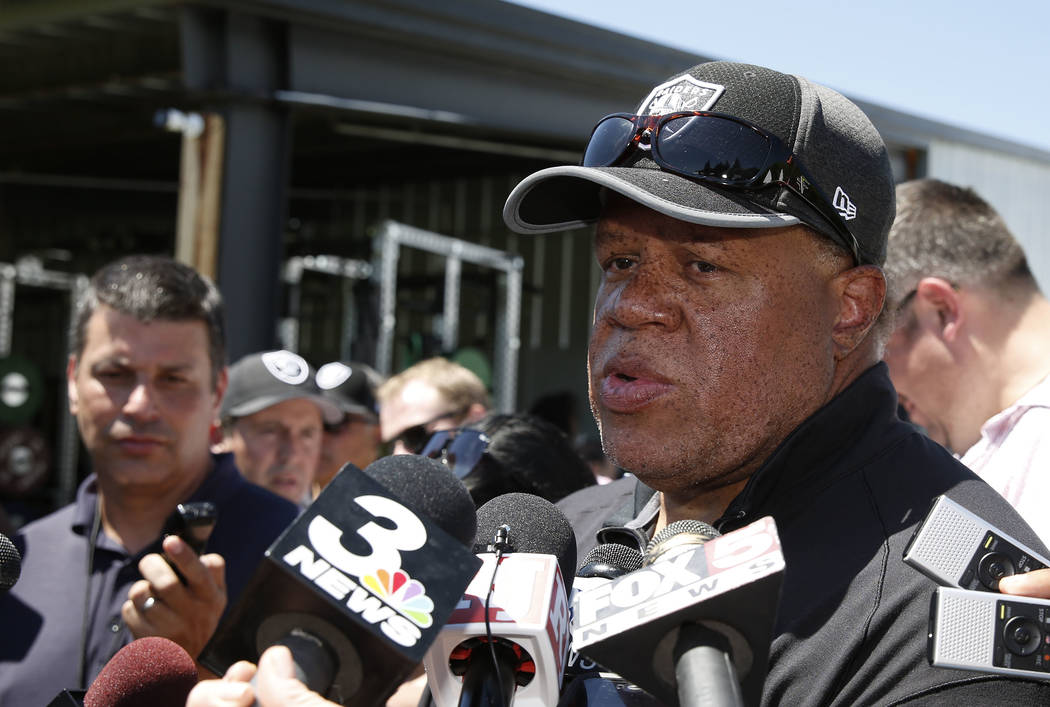 The NFL trade deadline is in October, but aside from the days surrounding the April draft, this week is the busiest for activity between teams. For months, the Raiders have surveyed free agency and scouted other rosters for potential help to their own. Soon, they are expected to maneuver to that effect, be it via trade or waiver claim.

The team has been fairly quiet at the position from a player personnel standpoint; to date, its greatest investments are a one-year, $1 million contract for free agent Jelani Jenkins in March and a fifth-round pick on rookie Marquel Lee in April.

Inside linebacker Cory James did not travel to Saturday’s exhibition game versus the Dallas Cowboys due to an undisclosed injury. He also did not practice Tuesday. It is unclear the level of concern surrounding James’ situation. Either way, the Raiders figure to be in the linebacker market.

On Monday, the Buffalo Bills traded linebacker Reggie Ragland to the Kansas City Chiefs for a 2019 fourth-round pick. On Tuesday, the Cincinnati Bengals shipped Marquis Flowers to the New England Patriots for a 2018 seventh-round choice. League roster sizes are scheduled to reduce from 90 to 53 players by Saturday at 1 p.m., so there is incentive for teams to flip a player with trade value.

Any released player with fewer than four years of accrued NFL experience will be subject to the waiver process. That is, he is not immediately eligible to sign with another team. Any team with interest in adding him, or “claiming” him on waivers, must submit by 9 a.m. Sunday a waiver request that is processed through the league office.

Until Sept. 26, the 2017 draft order determines the waiver order.

The Cleveland Browns were assigned the No. 1 overall pick, so they own the No. 1 waiver priority. Any player they attempt to claim automatically becomes theirs. The Raiders face far more competition with the No. 24 priority. General manager Reggie McKenzie values his draft picks, but sparing one for a soon-to-be-cut player would jump him to the front of the line.

He commented Tuesday for the first time since Hurricane Harvey caused devastating flooding in the region.

“I don’t have the answer, how to help any of those things,” Carr said. “You do whatever you can, obviously. I see people that are close in nearby cities come in, bringing their boats out and trying to save people and those things, which is how it’s supposed to be. That’s love. That’s this country and what it’s supposed to look like.

“You see things like that, and it lets you know people are doing things the right way. Now at the same time, you just feel for them because that’s a lot of starting over. … You just pray for them and wish the best for them. Like I said, you help in any way that you can.”