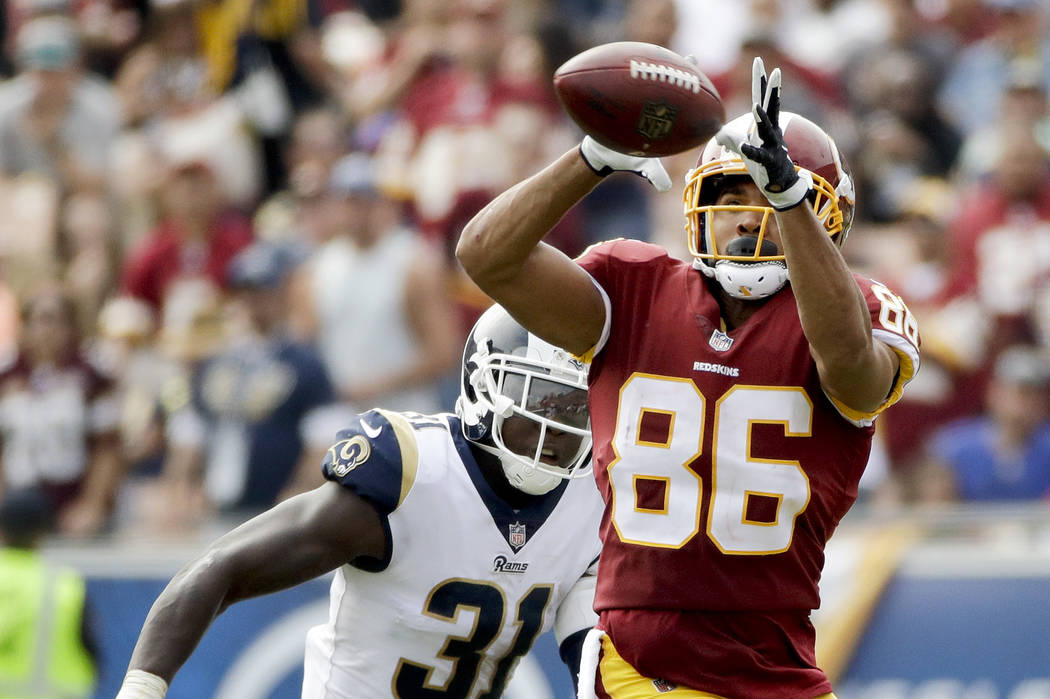 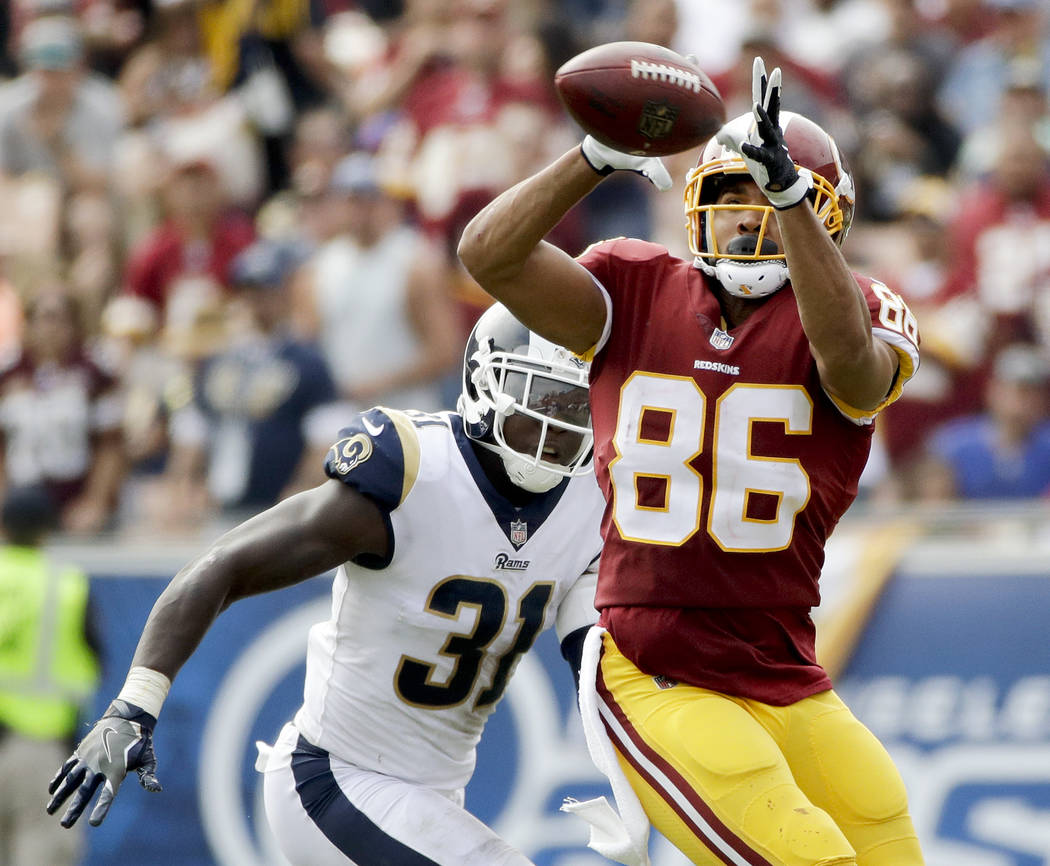 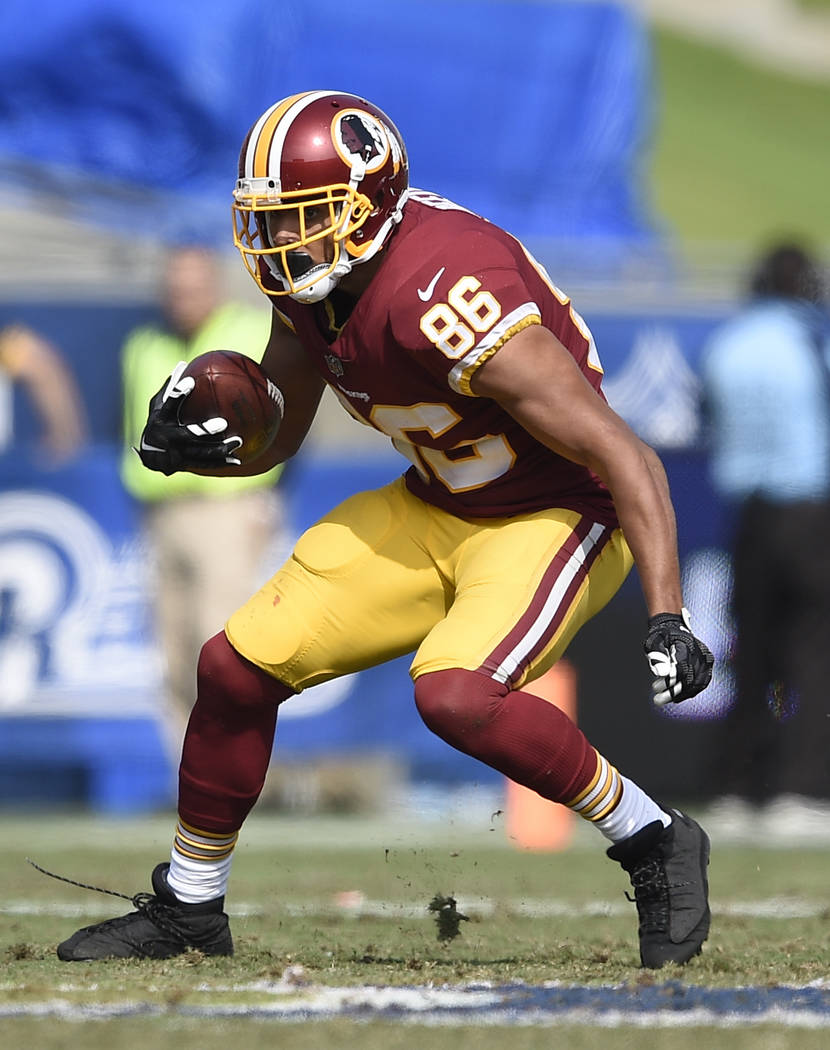 Washington Redskins tight end Jordan Reed (86) in action during the second half of an NFL football game against the Los Angeles Rams Sunday, Sept. 17, 2017, in Los Angeles. (AP Photo/Kelvin Kuo) 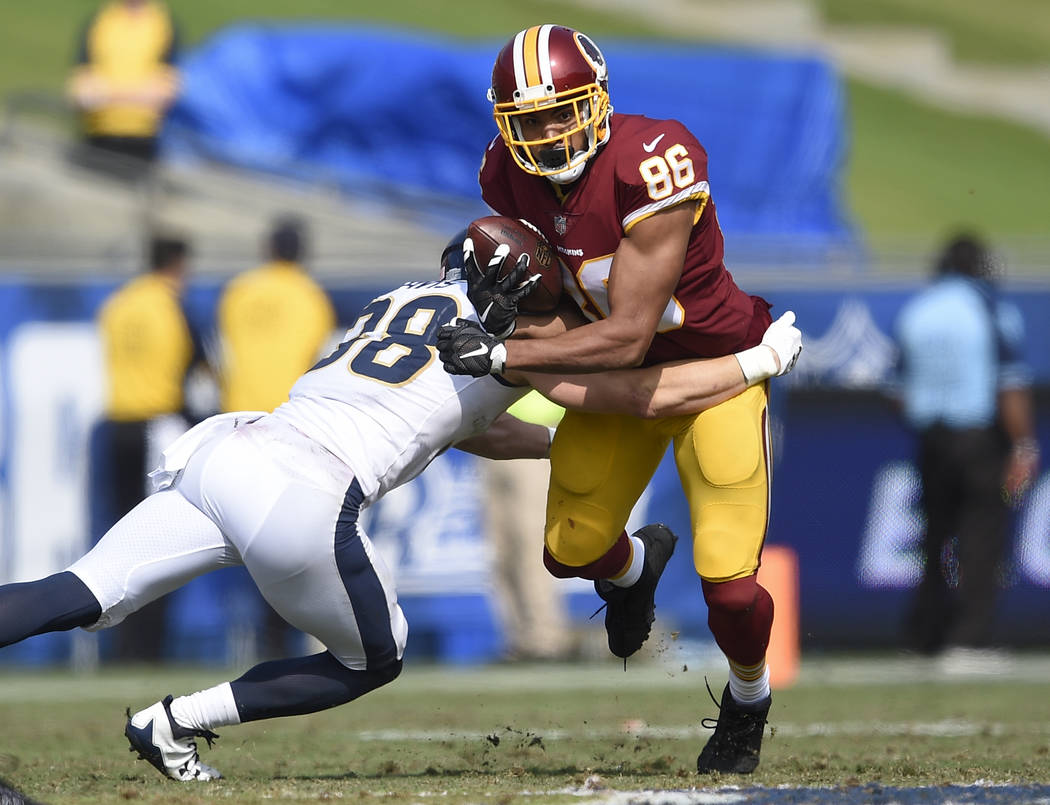 They will study and practice as if they’ll face a healthy Jordan Reed on Sunday. The Washington Redskins’ 6-foot-2-inch, 246-pound weapon is an imposing matchup for a defense that, although early in a new season, historically has struggled to contain receiving tight ends.

Some uncertainty, though, surrounds Reed’s status.

Redskins coach Jay Gruden held a conference call Wednesday afternoon with Raiders reporters. To start it, he was asked about Reed, who missed the week’s first practice because of a chest injury he suffered Sunday against the Los Angeles Rams. He also dealt with a broken toe this summer.

Reed, 27, leads Washington (1-1) with 11 catches for 84 yards. But he exited during the third quarter Sunday and did not return.

Gruden was asked what he needs to see from Reed to determine his status before Sunday evening’s game in Landover, Maryland.

“That’s a great question because I don’t know,” Gruden said. “It’s obviously painful for him right now, and it’s just going to have to get better with time. Only time will tell for us. He’s played through some nagging injuries before, but this one is a little bit unique for him. I think we’ll have to wait. This one will probably have to wait until Friday or Saturday to figure out.”

The Raiders won’t wait until then. Their preparation for Reed already has begun.

The Raiders drafted safety Obi Melifonwu in the second round in April to help address their tight-end coverage issues, but he is out until at least Week 9 after undergoing knee surgery in August.