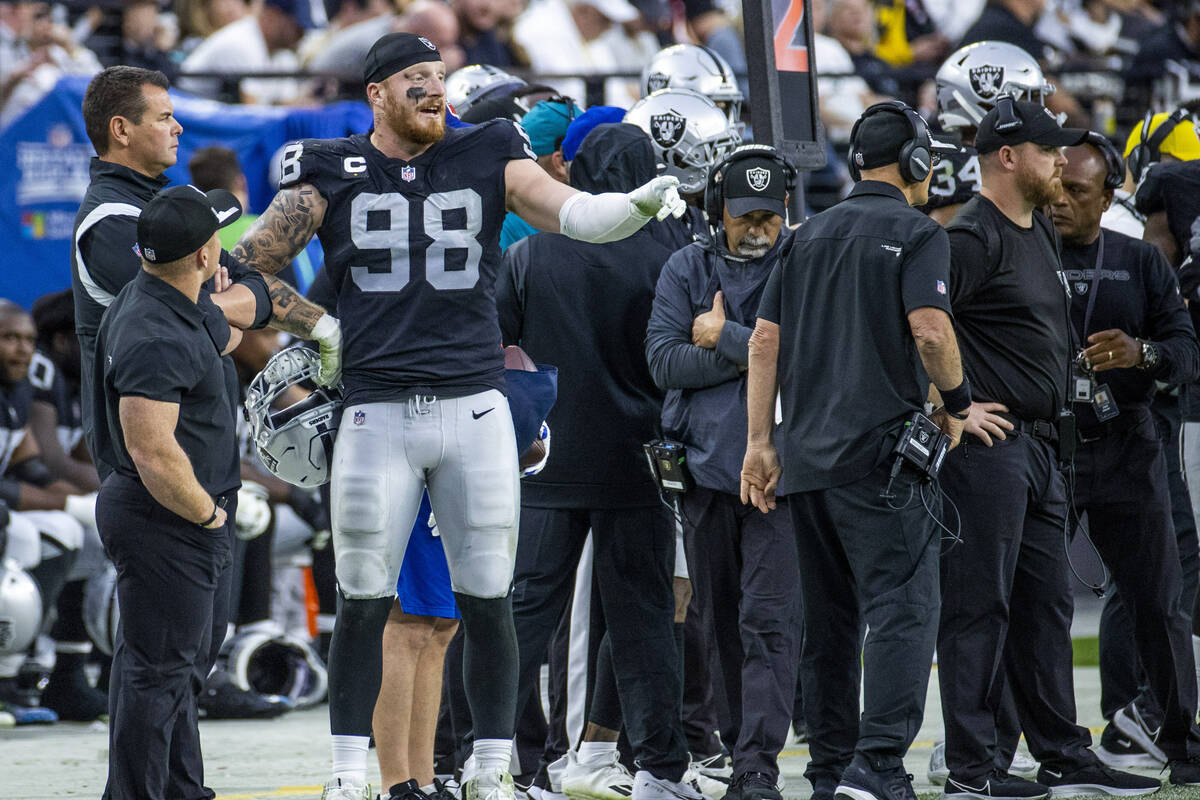 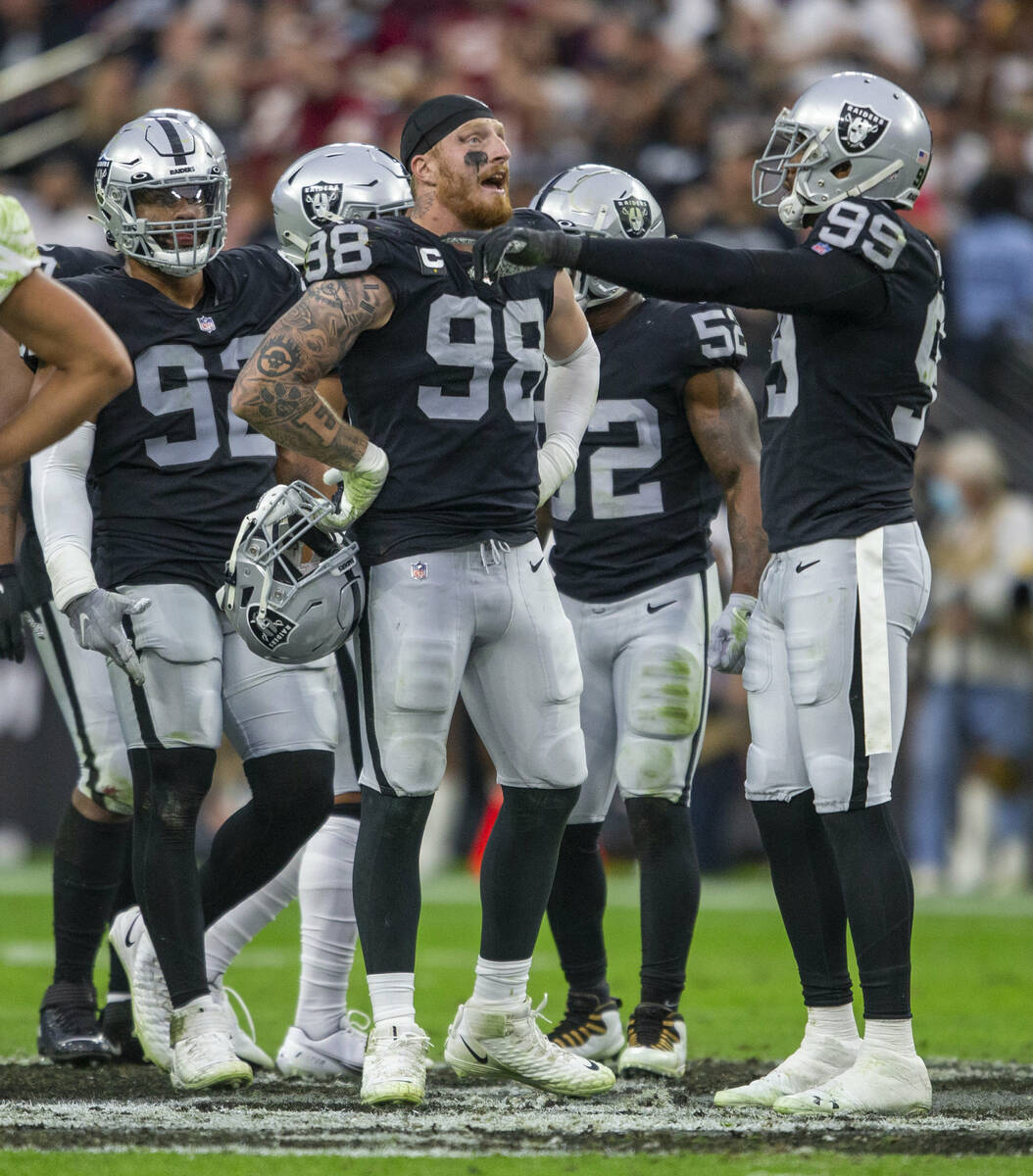 In the middle of putting the final touch on a recent defensive game plan, Raiders defensive coordinator Gus Bradley was casually keeping an eye on the Atlantic Coast Conference championship game between Pittsburgh and Wake Forest.

What jumped out on the screen at one point nearly gave him heartburn.

And maybe a nightmare or two.

Pitt quarterback Kenny Pickett took off running on a scramble and found open ground in the middle of the Wake Forest defense. Then, just as two Wake Forest defensive players began converging on him, Pickett made a slide gesture. By rule, when a quarterback begins the slide motion, defenders have to pull up and let him hit the ground untouched. As they are instructed, by rule, that’s what the players did.

Only Pickett had a trick up his sleeve. Rather than slide to the ground, he sprang into the run position and swooshed by the defenders on his way to a touchdown. Essentially, he used a rule designed to protect quarterbacks as a way to trick the defense on his way to a score.

Bradley nearly jumped out of his chair,

The implication is clear. And it sheds light on how games are being called in a way that not only protects quarterbacks but also potentially gives them a competitive advantage in certain situations.

If a college quarterback can use a protective measure to trick opponents, an NFL player can, too.

“That’s dangerous,” Bradley said. “You start doing that type of action, and it’s kind of a nonwritten rule that you protect him, he’s going to make good decisions. But you just hope that doesn’t carry on and pass on, because I did see that, and that’s a challenge when quarterbacks do that. You’re opening up to where, ‘Hey, we got to protect him,’ and then something like that occurs.”

Meanwhile, NFL officials could be powerless to do anything about it. The NCAA announced Thursday, however, that a play should be blown dead if a quarterback attempted a fake slide in the future.

“In a big game, in a big opportunity like that, he did what he had to do,” Bradley said. “But you just hope it doesn’t carry on through and pass on to our level.”

It probably has to some extent. With the way rules are written to protect quarterbacks, defensive players are so aware of how careful they must be tackling quarterbacks, they can sometimes lessen their aggressiveness in a way that allows them to break free.

For instance, in the Raiders’ loss to the Washington Football Team on Sunday, defensive end Maxx Crosby was flagged for unnecessary roughness while sacking WFT quarterback Taylor Heinicke. Crosby’s infraction, in the interpretation on the referees, was landing on top of Heinicke with all or most of his body weight. By rule, the defensive player must strive to wrap up the passer with the defensive player’s arms rather than fall on top of him.

On replay, which is not available on roughing the passer penalties, Heinicke fell backward as Crosby hit him, and the momentum of both players caused the mutual fall. There wasn’t enough time for Crosby to pull off entirely, and he spread out his arms to alert referees he was doing whatever he could to avoid a penalty.

“The heat of the moment you can see Maxx try to lift his arms up, and that’s what we try to do,” Bradley said. “Not put all of your weight on him, lift the arms up.”

Nevertheless, he was flagged for 15 yards.

“It’s something you’ve got to deal with nowadays,” Crosby said. “The game has changed a lot. You’ve got to adjust and play a little smarter.”

But for now, he isn’t going to change his approach.

“I try not to think about it,” Crosby said. “I try to keep the same pursuit and relentlessness that I always have.”

On the other hand, he also understands that merely doing his job can lead to bad things.

“I just don’t want to hurt the team. That’s what bothers me,” Crosby said. “I’m playing fast, and we’re trying to get off the field, it’s third and 10, and I hit the quarterback and get a penalty. So that’s what hurt me. It’s a part of the game, but it’s tough.”