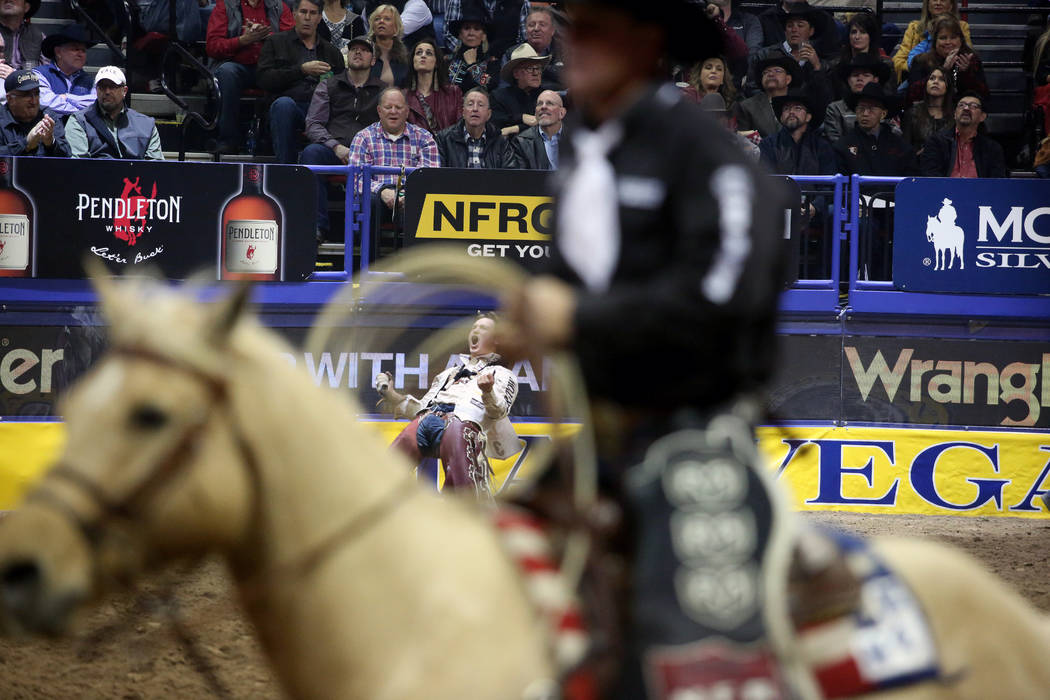 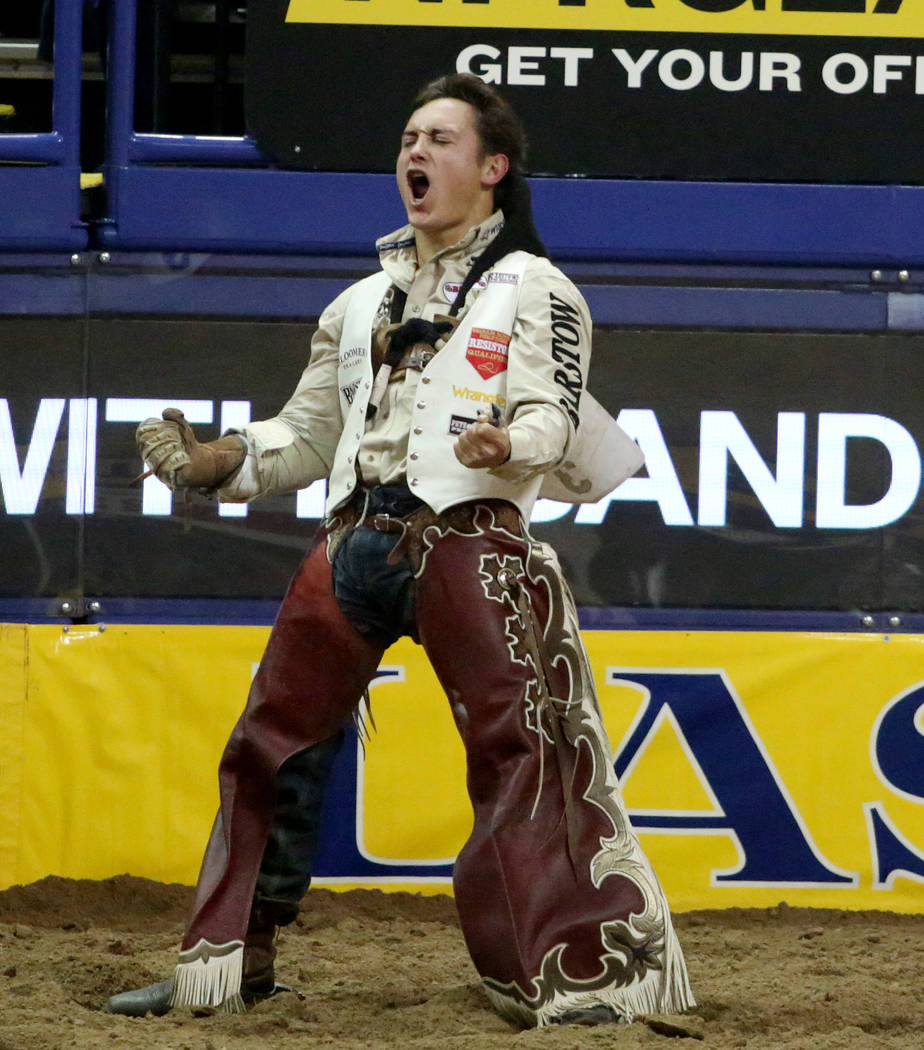 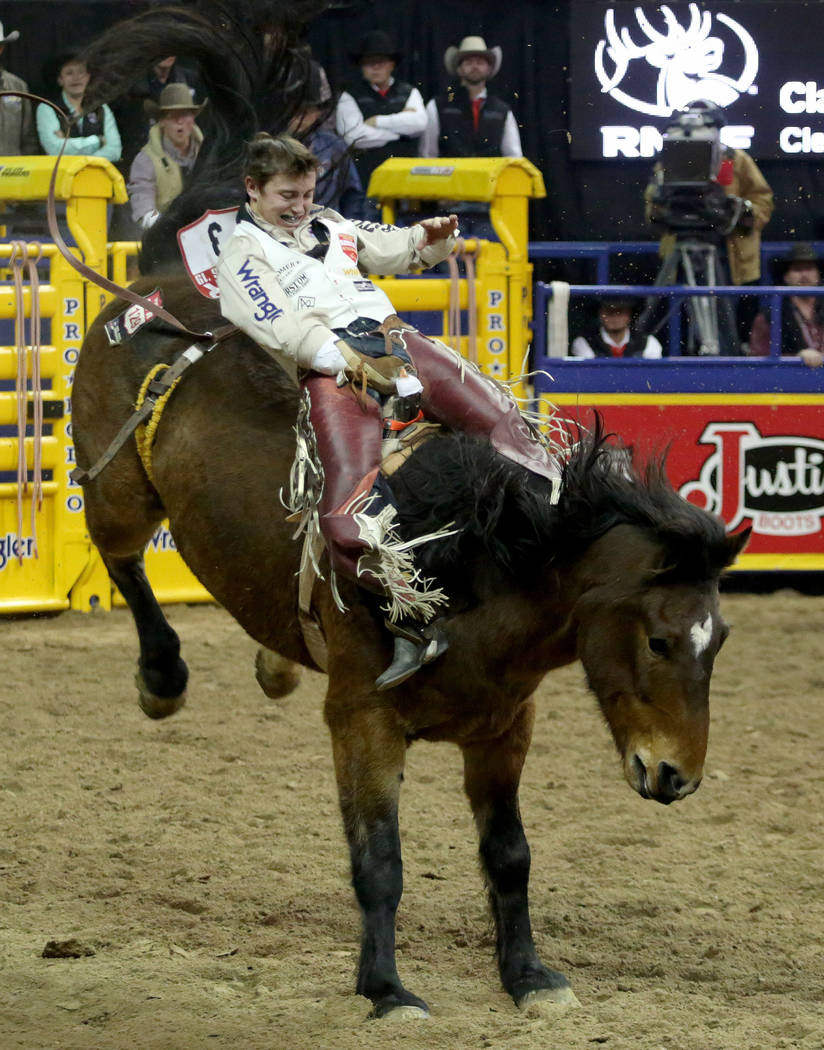 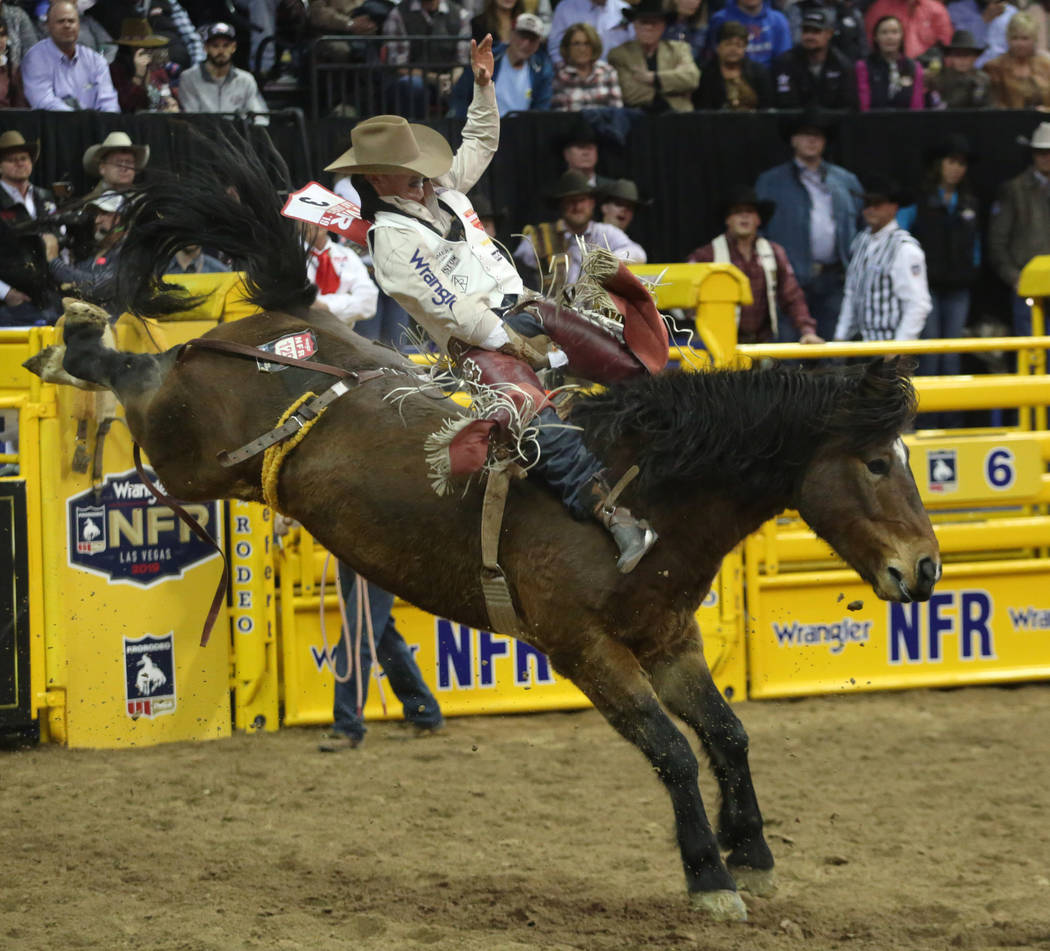 Biglow won a record fourth consecutive go-round Thursday night by riding his horse to a score of 90 in the eighth go-round at the Thomas & Mack Center. That followed winning go-rounds of 92.5 on Monday, 88.5 on Tuesday and 91.5 on Wednesday.

“I’m dreaming and don’t wake me up,” Biglow said. “It has not hit me yet. I will tell you that. I lay in bed at night thinking about having a finals like this, and I still have two more to get in. This just doesn’t seem real.”

The Clements, California, native is looking for his first world title.

“I haven’t looked at the world standings once, and I don’t need to because everyone’s telling me what’s going on,” he said. “I’m just coming out every night wanting to ride the horse I have the best I can. That’s the only thing I’m worried about right now.”