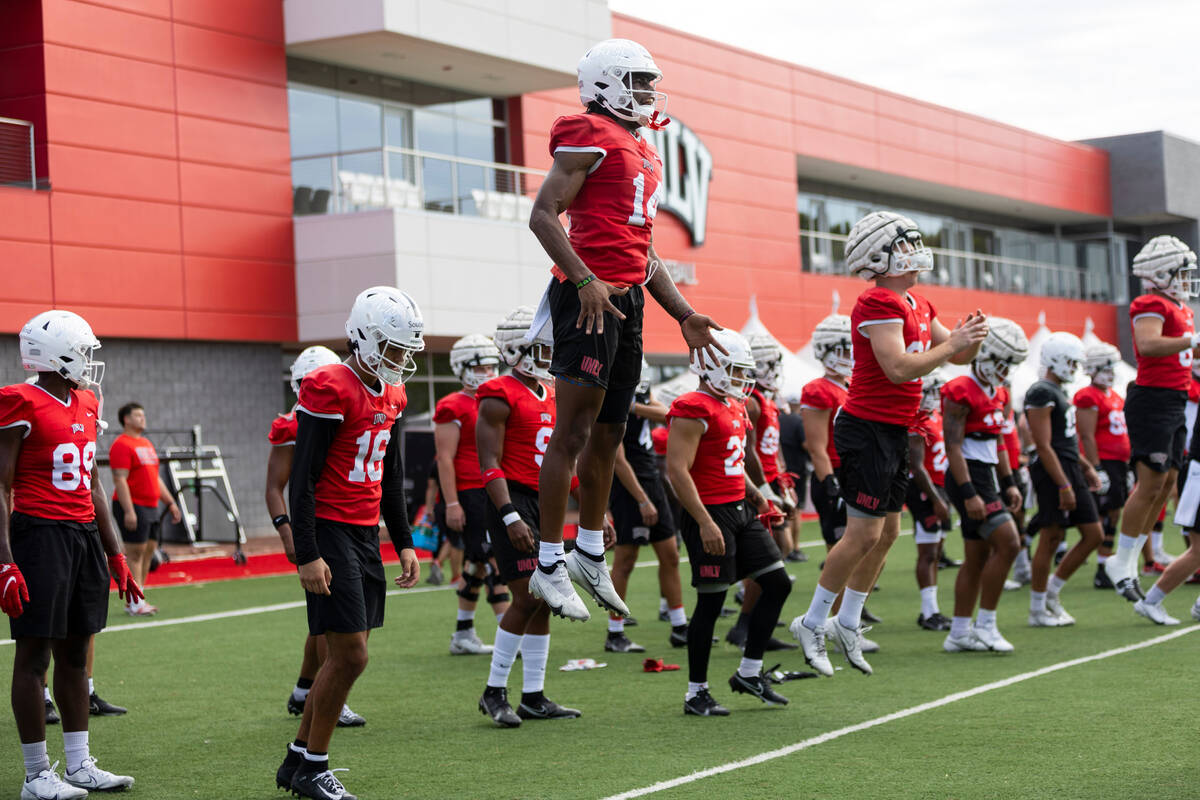 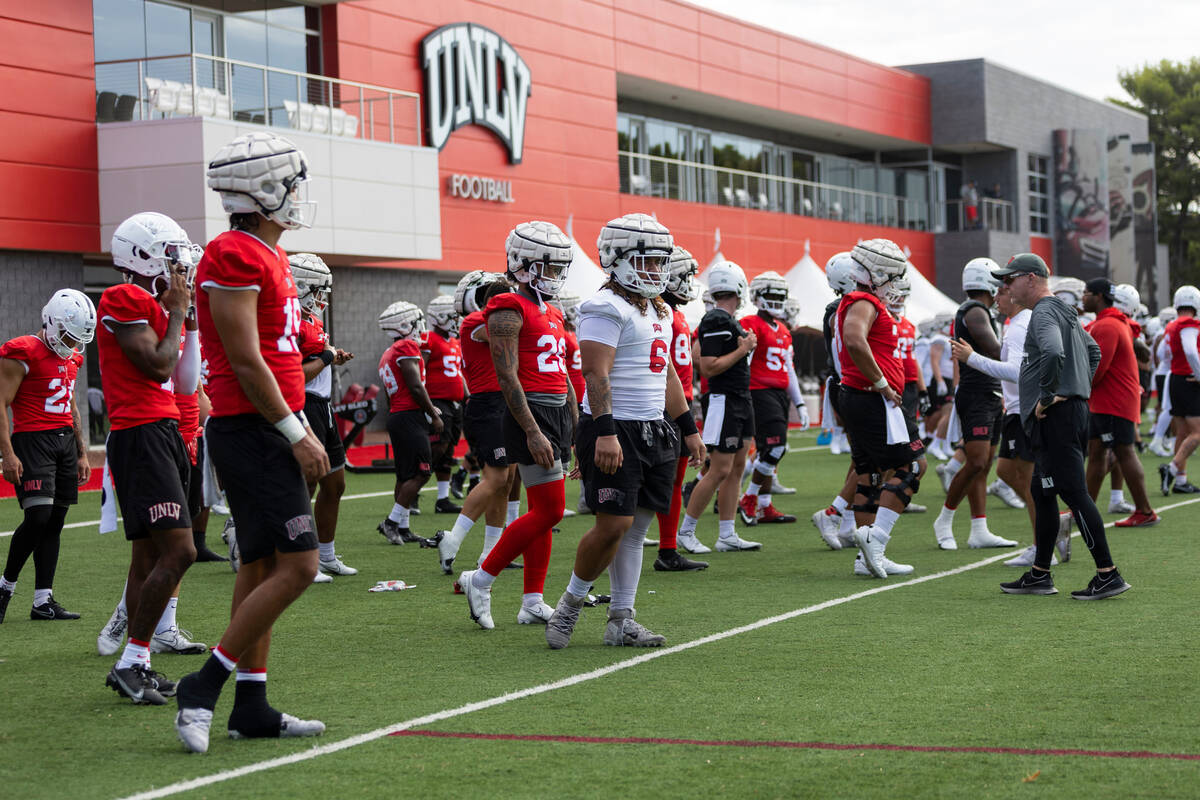 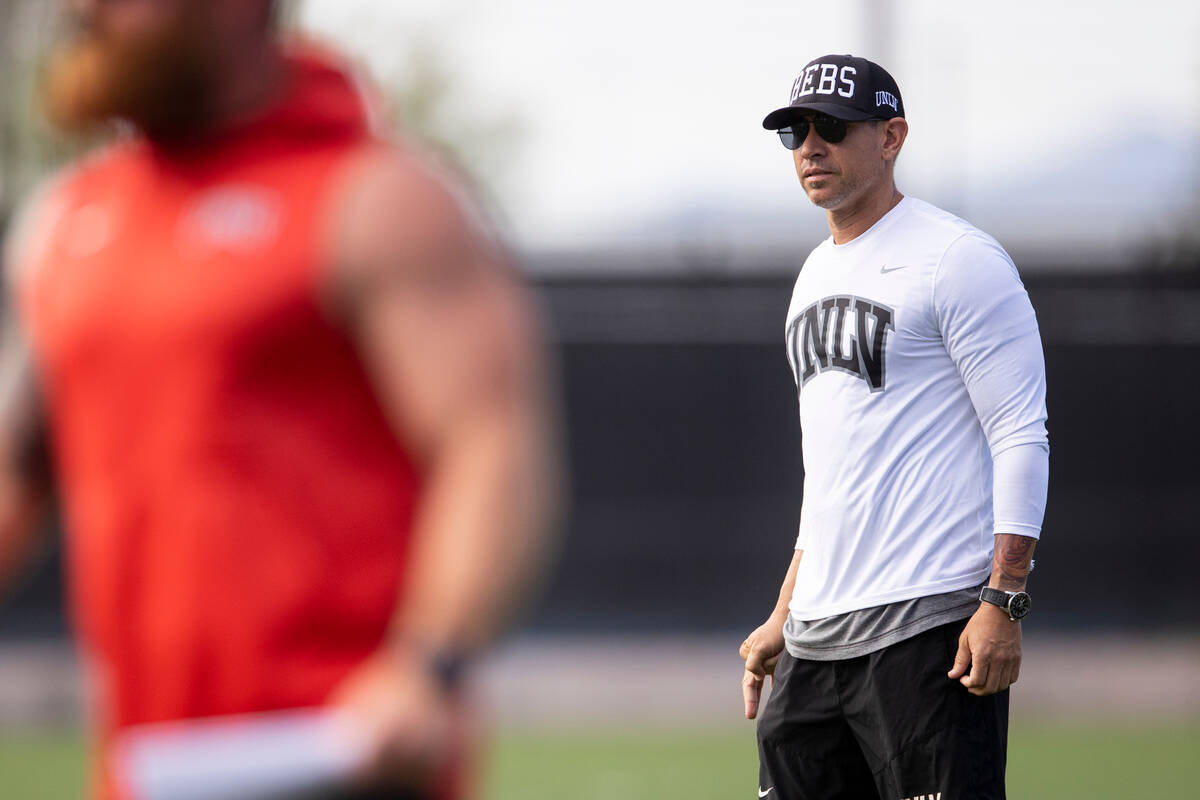 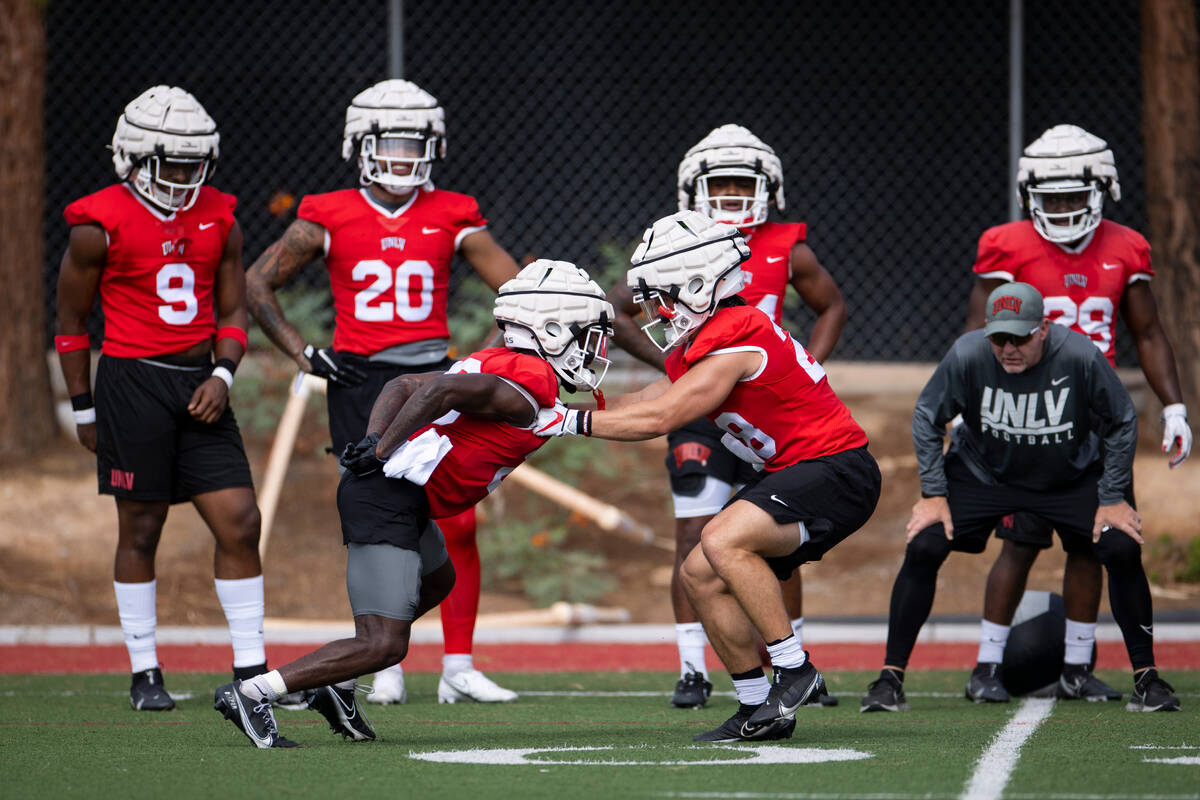 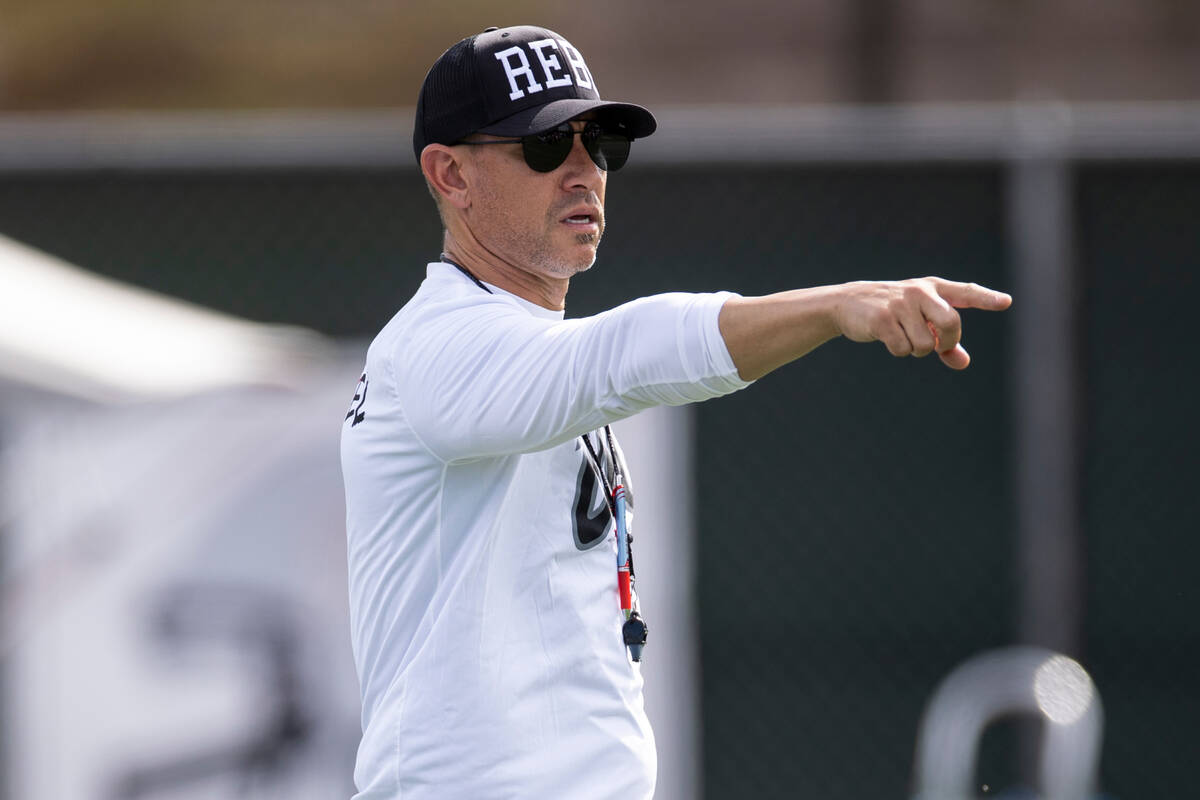 Marcus Arroyo defines them as that time when everyone — coaches included — are not scheduled to be working.

When you can discover an edge over the competition.

When you arrive (really) early and stay (really) late.

UNLV football players have more than bought into the concept, their charge to drastically improve in Arroyo’s third season as coach.

It’s one way to possibly turn what were numerous close losses last season into wins this one.

“There are just guys here all the time now,” Arroyo said. “The training room is packed all day in regards to recovery. They understand the investment we’ve tried to make them understand.

“Everyone goes to work, but not a ton of people compete. That’s the difference in finding an edge.”

Six defeats by one score or less.

The margin is paper thin. One play here, another there, a fumble here, a missed kick there.

But good teams find a way more often than not. UNLV still has to prove itself one.

The Rebels wanted to get bigger. Check. And stronger. Check. And faster. Check. Nothing initiates and encourages competition like new faces and capable transfers throughout the roster — many from Power Five schools.

“The (transfers) have brought their own energy with them,” junior center Leif Fautanu said. “That adds to what we already have going on.”

Arroyo preaches the mantra every day — that with such things as dark hours and increased physicality and an insatiable hunger to improve, those missed plays can be made now that weren’t then.

That just a few snaps can swing an entire outcome.

“It doesn’t always have to come at the end of games,” Arroyo said. “It can be one or two in the second or third quarter. It can be a turnover before halftime or giving up a jump ball or a Hail Mary on third-and-extra long. It can happen anywhere. Hopefully, we have made up ground to finish those games.”

His example: That when you play a team such as San Diego State, one that has been there, done that a lot, with a veteran staff and owns the confidence needed to make plays when winning is on the line, all those dark hours need to pay off.

Certain areas must improve for UNLV to do so.

The Rebels need to be far more efficient in the passing game with whichever quarterback emerges the starter from three competing for the job.

They need to manage the clock much better. They need to find a productive replacement or two to overcome losing a running back (Charles Williams) who gained 1,261 yards and scored 15 touchdowns on 254 rushes last season.

They need to stop people a whole lot more.

It’s all manageable. It’s all doable. Theirs is a schedule that isn’t so overwhelming that there can’t be a more-than-competitive season.

And if they discover those intangibles in which close games are won and not lost, a sportsbook total of 4½ wins would seem to favor the over. Folks are trending as such. There is guarded optimism from the betting public.

“I think we can definitely flip the script now that we know how close we were last year and how close those games were,” Fautanu said. “We don’t want to leave any doubt (this season) as to what we’re doing this time around.”

The margin is paper thin, but the difference between winning and losing isn’t always.

UNLV’s goal: Close the gap and then some.

It all starts in the dark.