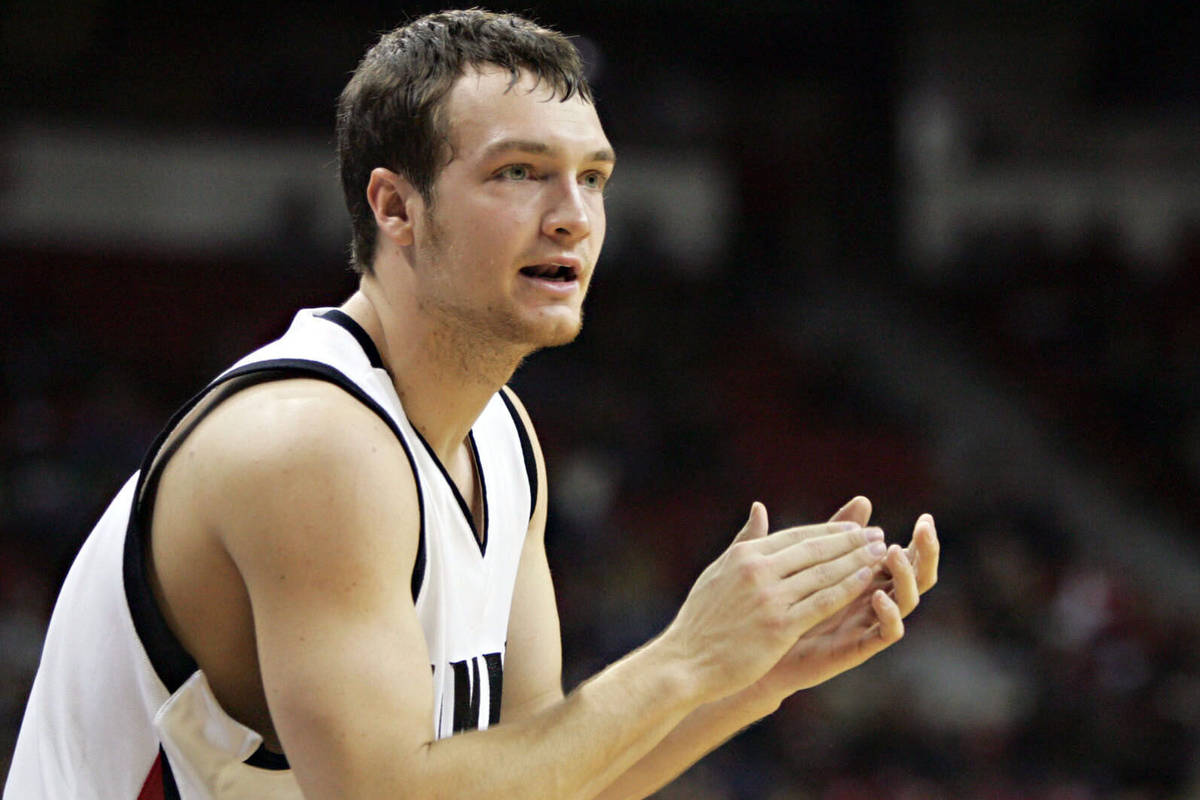 How’s this for a change?

Kevin Kruger will now sit in the chair his father made so successful before departing for Oklahoma, the son having been tabbed Sunday to replace the departed T. J. Otzelberger.

This was him upon returning as an assistant under Otzelberger in 2019: “This has always been home. When people ask, ‘Where are you from?’ I’ve always said Vegas. It’s a great feeling to be able to come back home.”

This will be his first head coaching position, a pattern athletic director Desiree Reed-Francois has now followed for a second time in a major sport. She also gave Marcus Arroyo his first lead gig when hiring him as football coach in December of 2019.

I remember being at an NBA Summer League game in 2006 when word spread throughout Cox Pavilion that Kruger was transferring from Arizona State to play for his father, Lon, at UNLV. Remember chronicling that next season of the Rebels advancing to the Sweet 16 of the NCAA Tournament. Remember how terrific a point guard he was. How much of a leader.

Have you ever met someone who is as competitive as hell but always seems so even-keeled? That’s him. Kruger has a whole lot to prove as a coach and recruiter now that he’s in charge, but he’ll be fine when it comes to managing others.

He has inherited a tough job. UNLV hasn’t won an NCAA game since Lon Kruger left in 2011. It hasn’t been to the NCAA Tournament since 2013.

And even though the son couldn’t ask for a better sounding board than one of the finest college coaches in history, it’s now on the younger Kruger to deal with the lofty expectations fans hold, unreasonable as they might be in 2021.

But it shouldn’t be a stretch for UNLV to annually contend for Mountain West titles and NCAA berths. That should be required. The program isn’t broken. It’s just not very good right now. Things change fast in this sport. You can get better overnight.

You can also score one for continuity within the program on this hire, but a few close to the search said Kruger earned every bit of the offer. That while a list of several candidates were eventually cut to a handful of official interviews with Francois and university president Keith E. Whitfield, Kruger’s grasp of the program’s current landscape and his vision to move it forward was unparalleled.

As part of announcing its decision, the university tweeted a video of Kruger talking to his father via FaceTime. Lon Kruger is in Indianapolis preparing his team to meet top-seeded Gonzaga on Monday.

As he held his young daughter, Cameron, Kevin said that Francois and Whitfield had just asked him to be the school’s next head coach.

His father’s face lit up.

“That is fantastic! Congratulations. Well, that is great, great news. You’re ready to do this … Fantastic. That is super exciting. Even though it’s Gonzaga, the film will be a little more pleasant now. That is great news.”

Lon then said the two would talk later and waved goodbye to his granddaughter.

Then the son told his father that he loved him.

Kevin Kruger’s challenge has just begun. He knows well how quickly those expectations will surface.

But for one day, one call between this father and son was pretty dang cool.