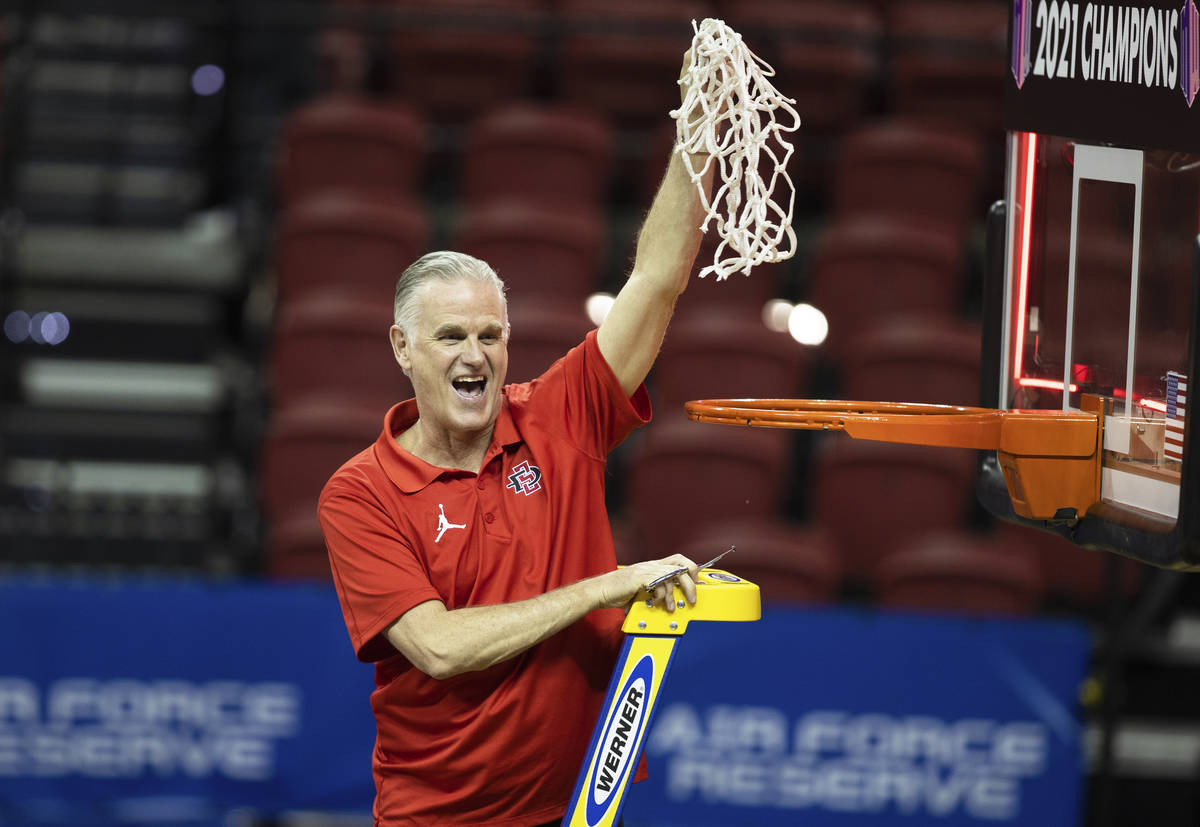 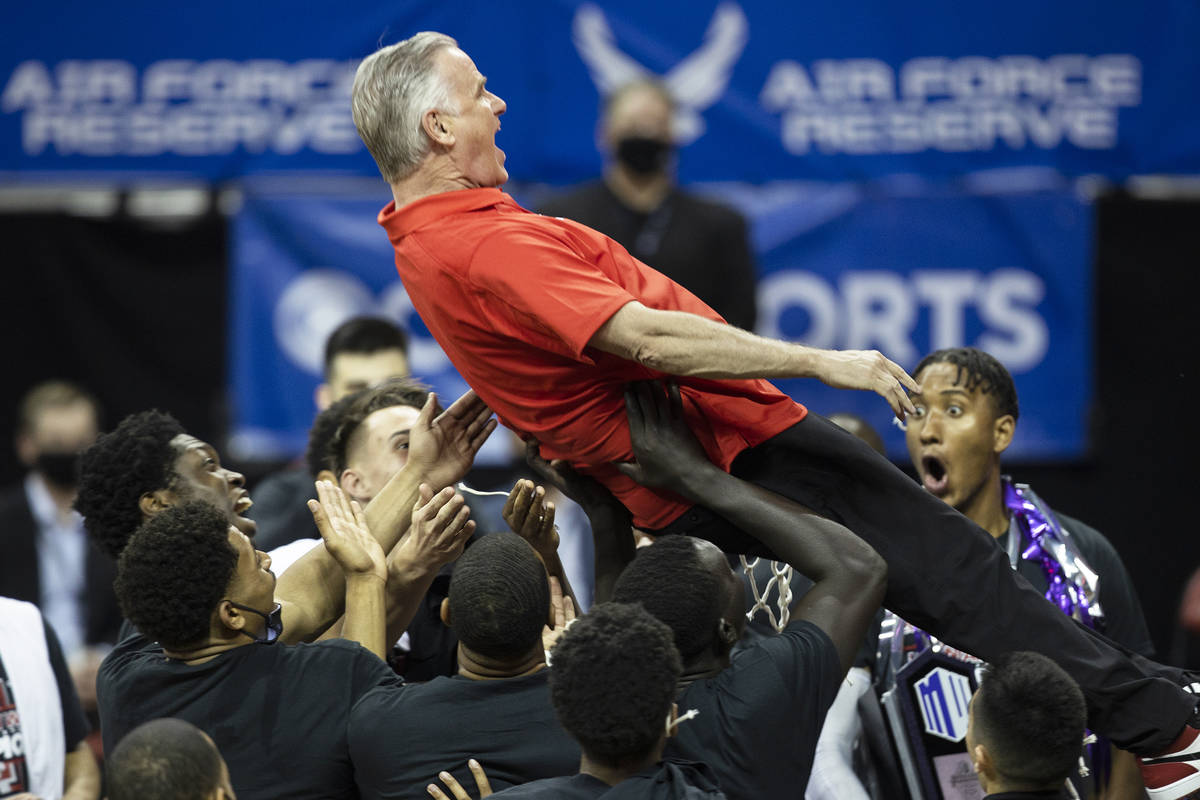 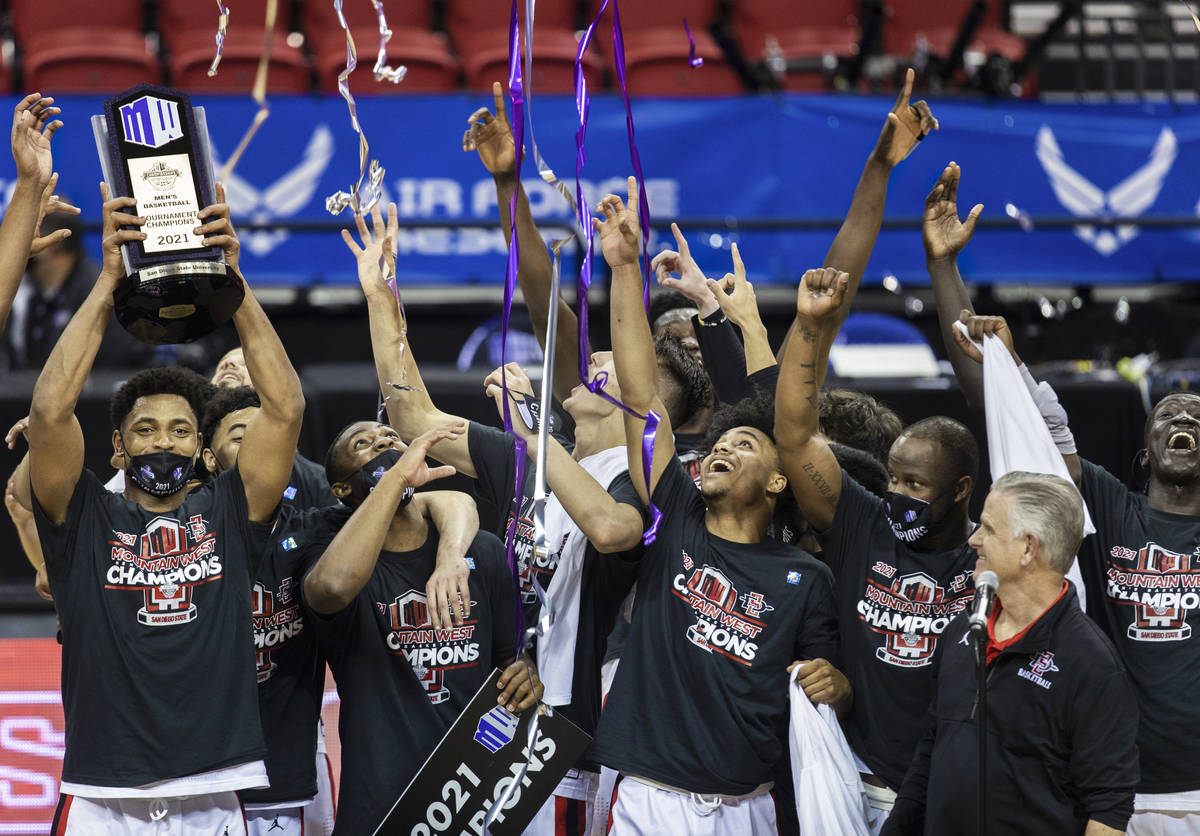 I’m not sure there is a basketball conference that rides the roller-coaster of emotions while awaiting news of possible NCAA Tournament berths more than the Mountain West. That doesn’t have multiple teams annually firmly on the bubble.

It’s more guessing game than a night of Pictionary with the kids.

No different this season.

San Diego State is champion of the conference tournament, taming Utah State 68-57 on Saturday afternoon at the Thomas & Mack Center.

It’s not about the Aztecs. They have been safely in the NCAA field for weeks. The team that was 30-2 and likely headed for a No. 2 seed when COVID-19 canceled March Madness last year is back, this time riding a 14-game win streak.

But things aren’t so stable for Utah State, Colorado State and Boise State, Mountain West teams on the bubble and not nearly assured inclusion when the 68-team field is announced Sunday.

“I think the back end of the bubble is tough,” Dan Gavitt, senior vice president of men’s basketball for the NCAA, told CBS on Saturday. “It is every year. But with fewer games played this year (because of COVID-19), it’s a little hard to distinguish those teams.”

You can make an argument the Mountain West set itself up for losing at-large berths by forcing teams to play make-up games before the conference tournament.

You can also make the argument both should have won those games.

Good news for the Mountain West: It has rarely proven a one-bid league. In the last 10 years, just twice has it sent a single team dancing. The talent level isn’t near that of 2012 and ’13 — when it sent a combined nine teams over two seasons to the tournament — but the league earned multiple bids in 2018 and ’19.

Bad news: There’s not a whole lot to pound the drums over about the three-teams-in-waiting. It’s not as if the conference would be justified in throwing a fit should San Diego State as the automatic qualifier be a lone representative.

“We told our guys that everything is out of our control,” said Utah State coach Craig Smith. “We’re in the waiting game. That’s where we’re at. We’re not a (Power 5) school that can finish in the middle of the pack and get an NCAA Tournament berth. If we’re good enough, we’ll make it.”

Not sure they are. Not sure any of the three are. Bubble teams almost always have resumes with obvious flaws. It’s no different here. Utah State has a Top 40 NET ranking — best of the three — but also two resume-damaging losses. Most notably, by the way, one to UNLV.

Colorado State is the vanilla ice cream in your freezer. Not much good or bad either way.

Boise State was a bubble team when arriving to the conference tournament. It then went out and fell to UNR in the quarterfinals and has lost four straight.

Also, bids have already been stolen from bubble teams and more could come.

“I know when those doors close and the (selection committee) gets in that room, over the years, the Power 5 (conferences) have won the day. Hopefully, that changes. I can only hope.”

He and some very nervous Mountain West bubble teams.