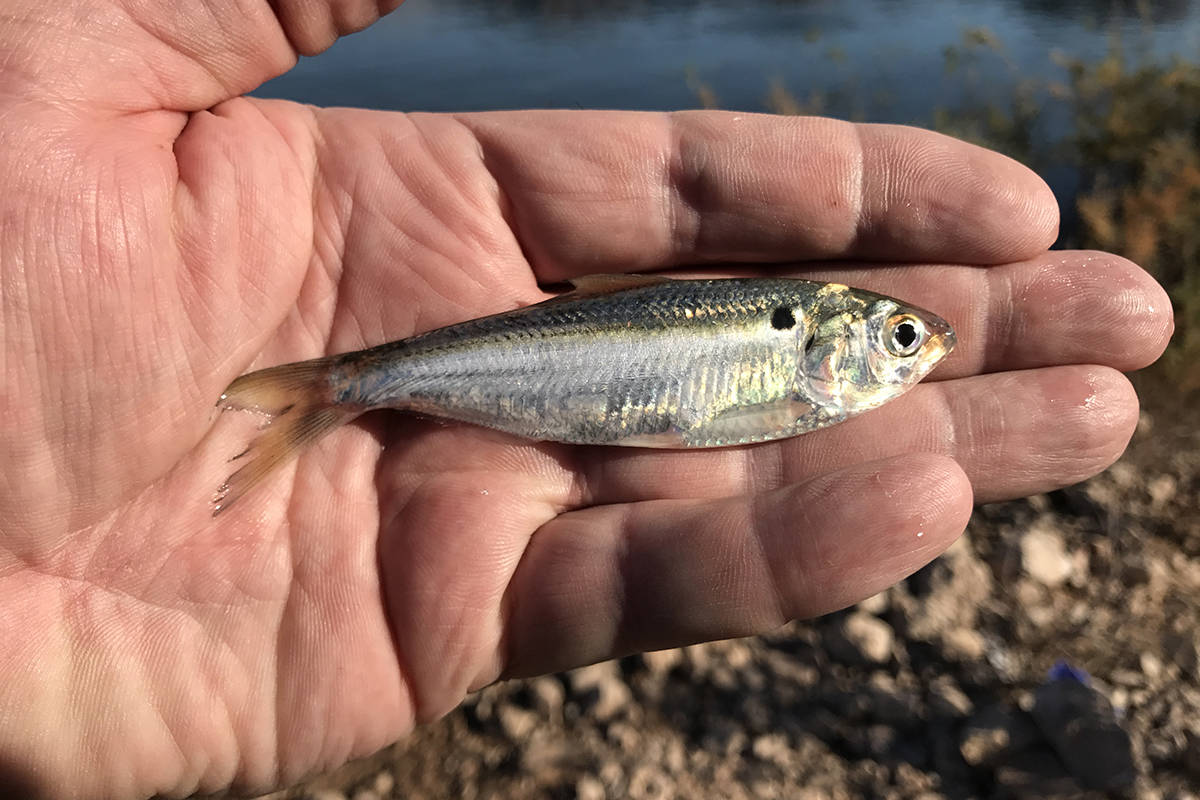 Threadfin shad, like this one from Lake Mead, are a primary food source for striped bass in the Colorado River system. So too are gizzard shad. When stripers are boiling, anglers want to use a lure that resembles a small shad. (Doug Nielsen)

If you have ever seen a troop of 12-year-old Boy Scouts descend on a Dutch oven full of peach cobbler, then you probably have a good idea of what a striper boil looks like. Striped bass may not wear a neckerchief, but when it comes to eating, they are just as aggressive.

The term boil is used to describe the surface disturbance that occurs when a bunch of stripers surround a school of baitfish and start feeding. Their intent is to eat as many of the small fish as they can as fast as they can. There is nothing dainty about the process.

While chasing black bass on a warm summer day in the Overton Arm of Lake Mead, my friend and I watched as hundreds of threadfin shad hurled themselves onto the shore as they tried to get away from a school of hungry stripers that had them pinned against the shoreline. Not that the shad wanted to end up on the shoreline, but they did want to get away from their pursuers.

Then again, some of the shad may have been flung onto the shore after being hit by a striped bass. Such behavior is typical behavior for feeding stripers.

The predatory fish will circle their quarry and push them to the surface where they rush into the baitfish and begin feeding. Along the way the stripers literally hit the baitfish to stun them. Then the stripers circle back and eat the dazed fish as they flounder on or near the surface.

For devout anglers, few fishing experiences are as exciting as throwing a topwater lure into the middle of a striper boil. They throw a topwater lure because all the action takes place on top of the water, for as long as the boil lasts anyway.

Binoculars can help you verify that what you see is a striper boil and could save you an unnecessary trip. Gizzard shad sometimes porpoise along the top of the water. When they do so in large numbers, they can look like boiling stripers. At first glance anyway.

When you do see a boil, the first thing you should do is slow down, just not too slow. You do need to move quickly, but not so fast that you and your boat come up on the boil too fast.

It is not uncommon to see anglers blow right through a boil as they race to get there before someone else. All they succeed in doing is shutting down the boil, and nobody catches any fish.

Approach a boil with enough speed to get there, but slow enough that you can come to a stop just outside the boil. Once you are set, throw your bait toward the far side of the boil, then work your lure quickly through the area with feeding activity. You want it to resemble the baitfish the stripers are after.

A Zara Spook produces a distinctive walk-the-dog motion across the water’s surface and can be quite effective on feeding stripers. So too can a Rebel Jumpin’ Minnow, Sassy Shad, pencil popper and any other lure that resembles a struggling baitfish.

When a boil shuts down — and they all do sooner or later — don’t give up. Have another rod rigged up with a sinking lure and throw it to the stripers that might be chasing fleeing shad below the surface.

A Kastmaster or something similar will often catch those fish. You can use a reeling retrieve or use it as a jigging spoon.

The boiling season generally gets underway in mid- to late June and runs into early October, but the peak time for striper boils are the months of July and August. So now is the time. 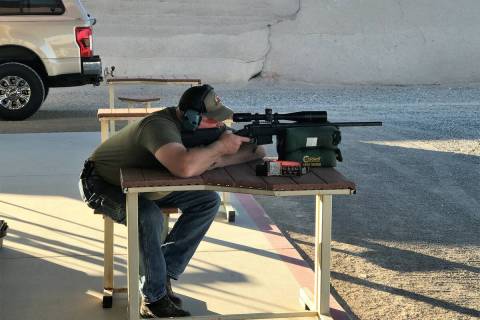 National Hunting Fishing Day to be celebrated on Saturday
By C. Douglas Nielsen Special to the / RJ

This occasion recognizes the financial and leadership contributions hunters and anglers have made, and continue to make, to wildlife conservation. 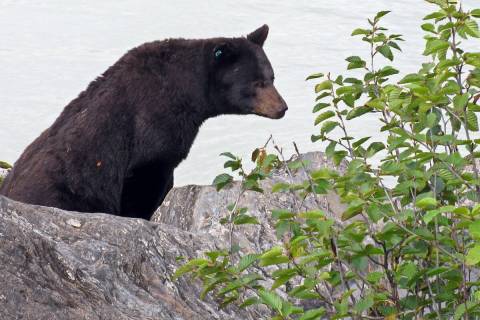 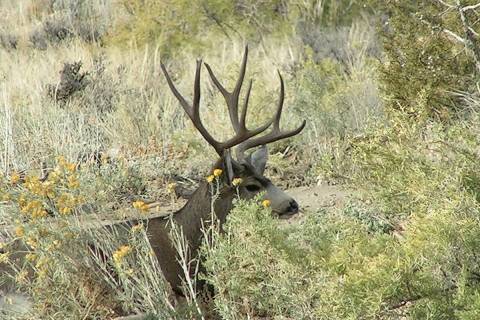 When hunting big-game animals, look for what doesn’t belong
By C. Douglas Nielsen Special to the / RJ

Oftentimes, all you see is a piece of your quarry through the brush or trees. Or perhaps something as quick as a glint of sunlight reflecting off an antler or even an animal’s back. 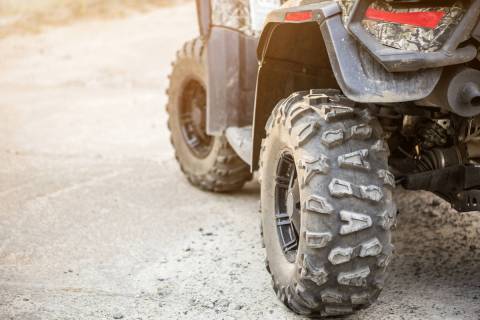 ATVs welcome aid to hunters, but only when used properly
By C. Douglas Nielsen Special to the / RJ

ATVs can save hunters both time and money. But they also come with potential downsides that have more to do with the operator than the machine itself. 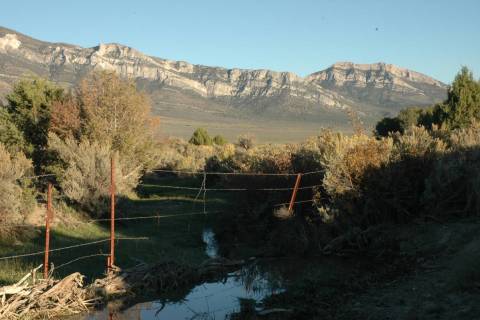 The 2021 mourning dove season is set to begin Wednesday in the tristate area that encompasses Nevada, Utah and Arizona. 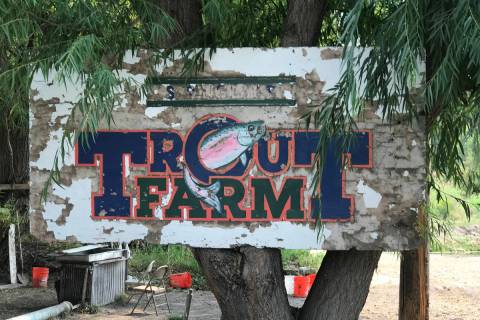 Fishing, or catching, shows unprecedented growth during COVID
By C. Douglas Nielsen Special to the / RJ

In 2020, 54.7 million people went fishing at least once as individuals, and families turned to the outdoors for a respite from pandemic restrictions. 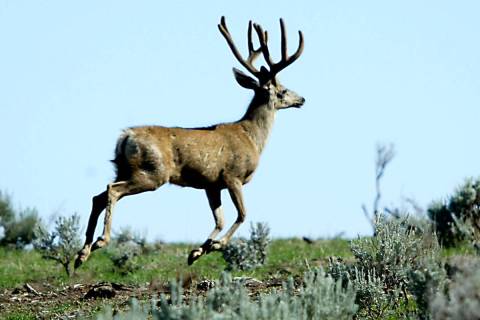 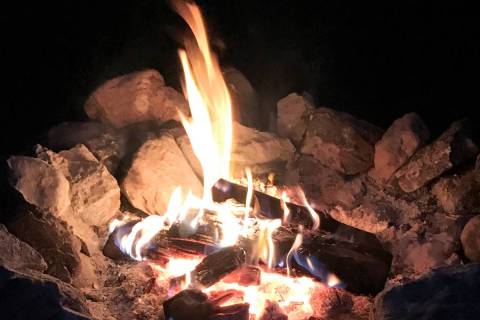 Campfire tradition in hunting camps in jeopardy this fall
By C. Douglas Nielsen Special to the / RJ

It is our responsibility to follow any fire restrictions put in place, even when that may mean forgoing family traditions, such as making smores. 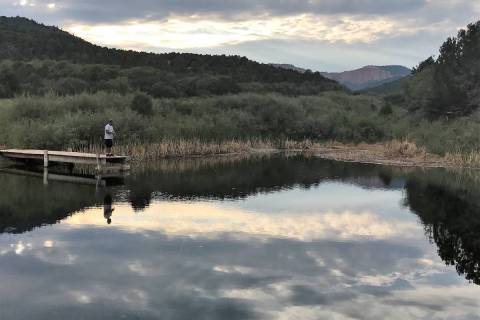 With the fly-and-bubble method, a clear plastic bubble is placed onto the fishing line and followed by about four to six feet of leader, to which your fly is tied. 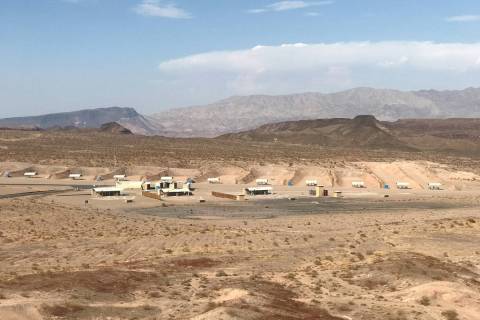 Hunters need their shooting practice before seasons begin
By C. Douglas Nielsen Special to the / RJ

Southern Nevada has four outdoor shooting ranges that offer hunters the chance to sight in their rifles at hunting distances.