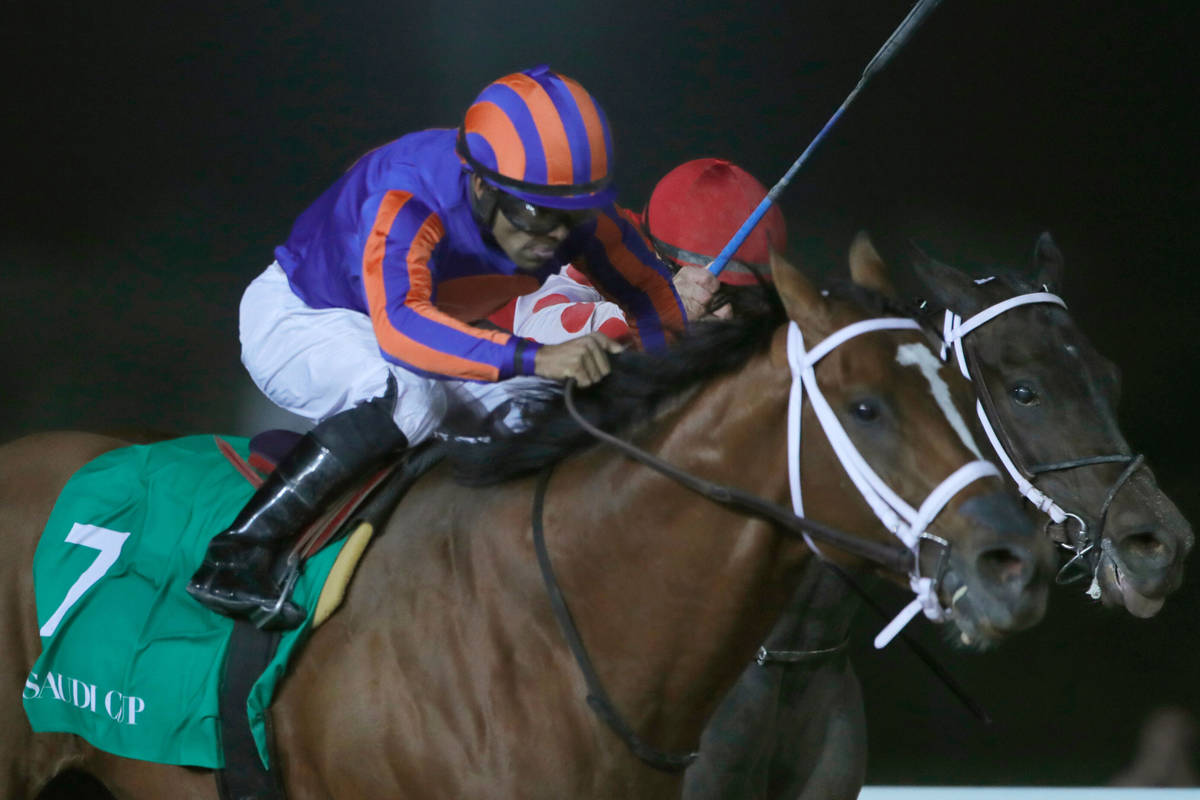 Jockey Luis Saez rides his horse, Maximum Security as he reaches the finish line of the $20 million, the Saudi Cup, at King Abdul Aziz race track in Riyadh, Saudi Arabia, Saturday, Feb. 29, 2020. The race is considered the world's richest horse race which attracted some of the world's best male and female jockeys. (AP Photo/Amr Nabil)

The world’s richest horse race, the $20 million Saudi Cup, will be run for the second time on Saturday, even before the winner of the inaugural running almost a year ago has been determined.

The reason for what may be the longest photo finish in the sport’s history, as you may recall, was the criminal indictment in the U.S. weeks later of the apparent winner’s trainer on charges that he routinely gave illegal performance-enhancing drugs to his horses.

The horse in question was the star-crossed Maximum Security, who also was disqualified from a win in the Kentucky Derby. His trainer, Jason Servis, was one of 27 individuals named in the indictment as being involved in what authorities say was a broad scheme to administer customized drugs that would be undetectable in post-race tests.

The indictment said that Servis gave the drugs to “virtually all of the racehorses under his control” from 2018 to 2020, which presumably would include Maximum Security when he captured the $10 million winner’s share of the Saudi Cup purse on Feb. 29.

Saudi racing officials initially said they planned to investigate the case and its possible implications on the Saudi Cup payoffs, but later made clear that they are awaiting a verdict in the U.S. courts before deciding who gets the big money. In the meantime, the owners of runner-up Midnight Bisou on down have been paid their shares pending a possible redistribution.

“Either Maximum Security is seen vindicated and therefore we can pay out the prize money and this becomes history,” he said. “If not, as per our rules, there will be a disqualification and the prize money will go to the horse that came in second and then all of the prize money after that will be readjusted to account for that.”

There may be quite a wait, however, before the Saudis or anyone else gets that level of certainty.

The case against Servis and his remaining 18 co-defendants continues to slowly wend its way through the justice system. This month, attorneys for several co-defendants, including trainer Jorge Navarro, moved to dismiss drug alteration and misbranding conspiracy charges, a move that, if successful, could prompt similar motions from other defendants.

The legal uncertainty has done little to diminish interest in the Saudi Cup.

Fourteen horses, including top U.S. older horses Knicks Go and Charlatan, are expected to break from the gates at King Abdulaziz Racecourse outside the Saudi capital of Riyadh. The undercard stakes races will be shown on Fox Sports 2 and TVG beginning at 5:15 a.m. PT, followed by coverage of the marquee race on Fox Sports 1 at 9 a.m. PT.

The stage appears to be set for a showdown between the top pair, but the race still may be bettable if you use a couple horses stabled overseas to spice up the exotics.

Snow, ice not so nice for racing

The $750,000 Southwest Stakes, a Grade 3 race at Oaklawn Park, the track’s first step toward the Kentucky Derby, has been delayed a second time by this week’s wicked weather and will now be run on Feb. 27. The highly anticipated race is expected to attract three top juveniles from 2020: 2-year-old champion Essential Quality, Kentucky Jockey Club winner Keepmeinmind and Jackie’s Warrior, winner of the Champagne and Hopeful stakes.

That will push the race to two weeks before the track’s second Derby prep, the Grade 2, $1 million Rebel Stakes on March 13, making it likely that most Southwest entrants will skip that race and await the Grade 1, $1 million Arkansas Derby on April 10 or ship elsewhere. 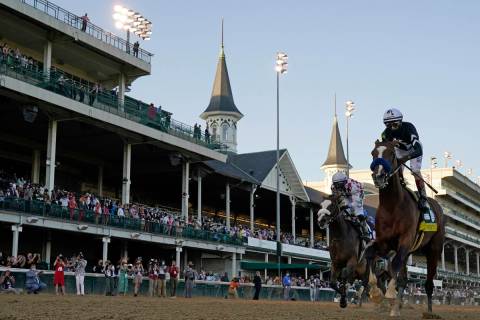 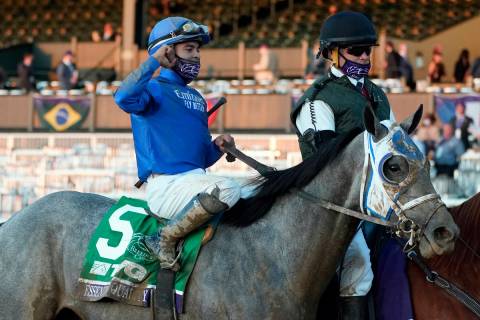 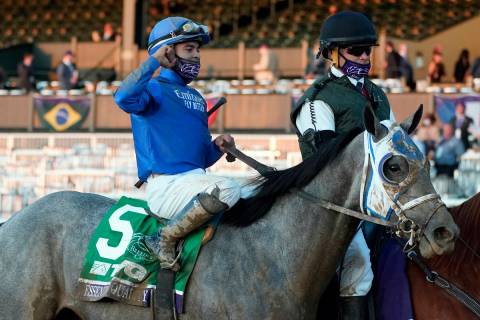 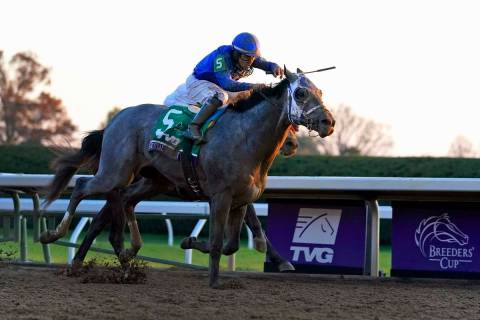