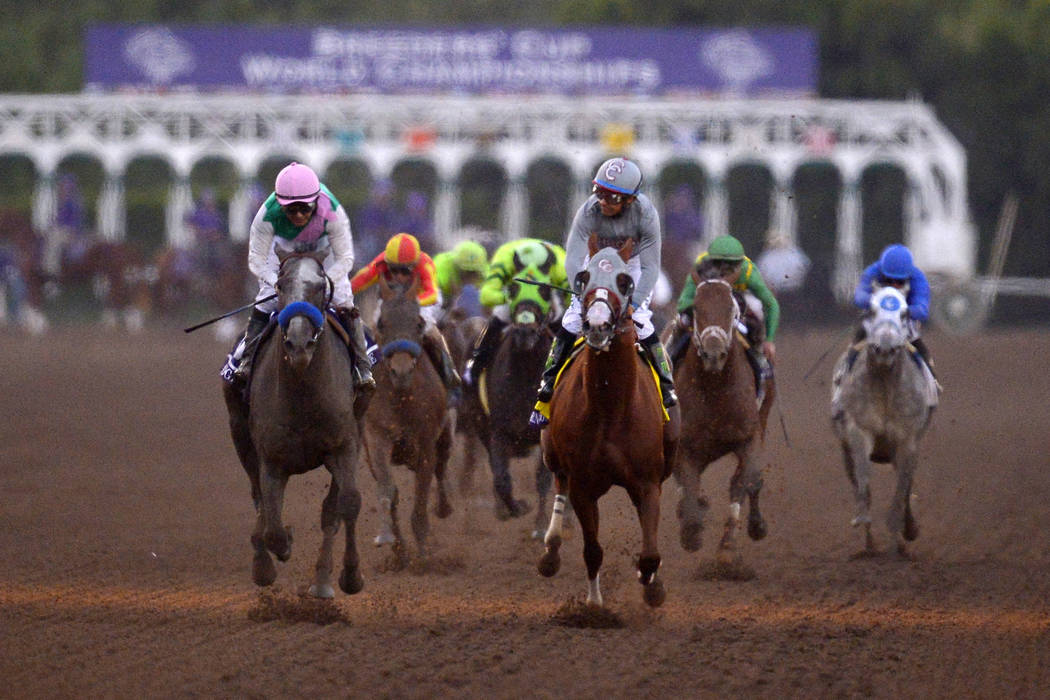 After collaring me on the corner where I like to do business, the guys at the station asked how the #RJhorseracing handicappers were faring a year into our experiment in crowd prognostication.

“Boys,” I said proudly as I fiddled quietly with my cuffs, “I am happy to report that we are in the black.”

As amazing as that sounds — the positive return on investment, not me being rousted by the cops — that is precisely where we find ourselves one year after I invited readers to turn this column into an interactive forum where we could have “a robust handicapping discussion that will elevate all our games and help educate newer fans.”

Since then we have handicapped 94 races at 24 different tracks. Over that period we show a profit of $20.10 on a mythical $2 win bet on the handicappers’ top selection (two bets in weeks where there were ties for the top selection). That works out to a return on investment of $2.20.

(I have posted a spreadsheet detailing the group’s picks, as well as mine, online in case you want to check my math. One caveat: I eliminated the Breeders’ Cup races in November because I broke from our routine of focusing on one or two races a week by asking readers to pick in all 13 races. Had I included those, our profit would be a minuscule $2.10.)

That’s hardly a recipe to get rich, but it’s also pretty amazing when you consider that nearly all our picks are made at least 48 hours before a race is run, when things like weather, scratches and possible track biases can’t be factored in.

How did we do it?

For starters, we’ve got a core group of about 15 experienced handicappers with a range of different backgrounds and approaches who play along every week, as well as other occasional contributors. Essentially, we’ve created a human algorithm where the wisdom of the crowd carries us through races where some of us veer off course.

I think changing tracks each week also has helped us rely more on handicapping fundamentals and less on “inside information” and suppositions that can form when you regularly play one oval.

Probably the biggest factor has been narrowing our focus to just two or occasionally three races a week. That allows us to really zero in on the subtleties of each individual contest rather than having our attention spread over an entire card or even multiple cards.

I’d say the last point should be the takeaway for handicappers looking to improve their games. As my good friend and excellent handicapper Les Izmore is fond of saying, “Sometimes less really is more.”

In the former, the ‘capping crew is siding with Core Beliefs, third choice on the morning line at 5-1, over favored Flameaway (5-2) and Lone Sailor (3-1).

“Lightly raced, third to Justify and Bolt d’Oro in the Santa Anita Derby and second to Blended Citizen in the Peter Pan last out after leading late,” regular Mas Yoshinaga writes of the pick’s attributes.

I agree that Core Beliefs looks tough, but I’ll take a shot with O’Kratos (12-1), boxing him in exactas with Core Beliefs, Flameaway and Diamond King (6-1). The Woodbine invader is 2-for-2 around two turns on the artificial Tapeta surface there and should get a good setup for his closing kick.

I like long shot Sniper Kitten (10-1). The Mike Maker trainee overcame lots of trouble to beat softer in his last race and looks ready to face stakes company.