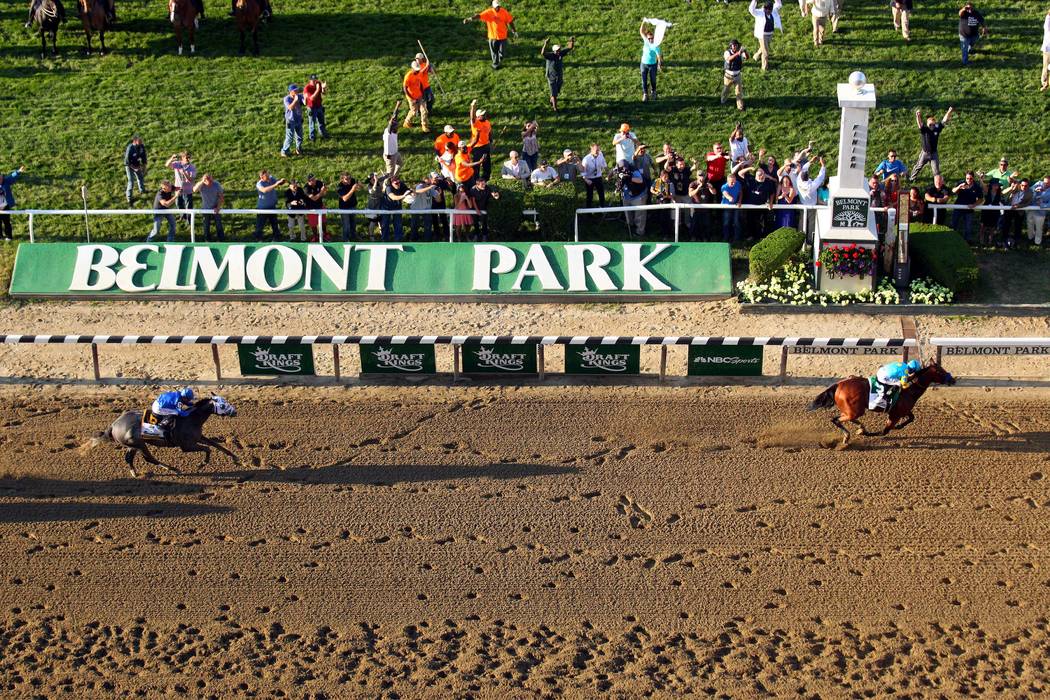 Horseplayers get a second chance to salute the flag this week, as Belmont Park puts on a spectacular Stars & Stripes Day show guaranteed to add some bang to your Saturday.

The stellar card features five graded stakes races, topped by the $1.2 million Belmont Derby Invitational, a 1 1/4-mile inner turf tussle for 3-year-olds that has drawn a field of top sophomores from the U.S. and Europe.

The #RJhorseracing handicappers will tear apart the Oaks and Derby momentarily, but first a bit more about the other races:

— The Dwyer, run at a mile on the main track, features the return to the races of Mendelssohn, the highly regarded European runner who finished dead last in the Kentucky Derby after encountering trouble early and apparently not taking to the muddy racetrack. With those excuses in hand, the line-maker installed the Aidan O’Brien-trained colt as the 8-5 morning line favorite. Among his opponents on Saturday will be his stablemate Seahenge, who ran nearly as bad in the Pat Day Mile on the undercard that day, and fellow Kentucky Derby starters Firenze Fire and Noble Indy.

— The Sprint Championship is a Breeders’ Cup “Win and You’re In” race, meaning the winner gets an all-expenses-paid invite to the series in November at Churchill Downs. Limousine Liberal is the narrow 9-5 morning line favorite as he cuts back to the 7-furlong distance he loves over 2-1 second choice Whitmore in the field of six.

— In the 132nd running of the Suburban, run at 1¼ miles on the main track, last year’s Belmont Stakes winner Taprit returns to graded stakes competition against a pair of Bob Baffert-trained runners, Dr. Dorr and Hoppertunity. Other contenders in the field of 11 include War Story, Take Your Guns and Diversify.

When it comes to turf racing in New York, the path to victory invariably goes through or around Chad Brown. The Northeast’s undisputed master of the lawn will also have a big say in the Oaks and Derby, saddling the favorites in both races.

The #RJhorseracing handicapping crew is dubious about Brown’s two Oaks entrants, shunning 7-2 favorite Significant Form and 8-1 outsider Mighty Scarlett in favor of Toinette (5-1), winner of three in a row for trainer Neil Drysdale. They have Paved (12-1) and Thewayiam (10-1) tied for second.

I’ll go with Paved, Capla Temptress (6-1) and Toinette, in that order. I’ve been a big fan of Paved since she broke her maiden in January at Santa Anita and think this will be her coming out party. I’ll also use Fatal Bere (20-1) in the exotics.

The ‘capping crew isn’t going to try to tempt fate twice, however. In the Derby, they like Brown’s Analyze It, the 5-2 favorite, who will attempt to turn the tables on Catholic Boy after being run down in the Grade 3 Pennington Ridge at Belmont on June 2. They like Hawkish (7-2) and Catholic Boy (4-1) to round out the trifecta.

“Will give Analyze It another shot,” writes handicapper Shelly Benardo of the group’s pick. “Trouble last out plus 1:33 mile. Will get a more relaxed pace to stalk.”

I’m sticking with Catholic Boy, who has now won three of four turf starts, over Hawkish and Analyze It.

Get involved in the fun next week by emailing me or following me on Twitter and letting me know you’d like to participate.