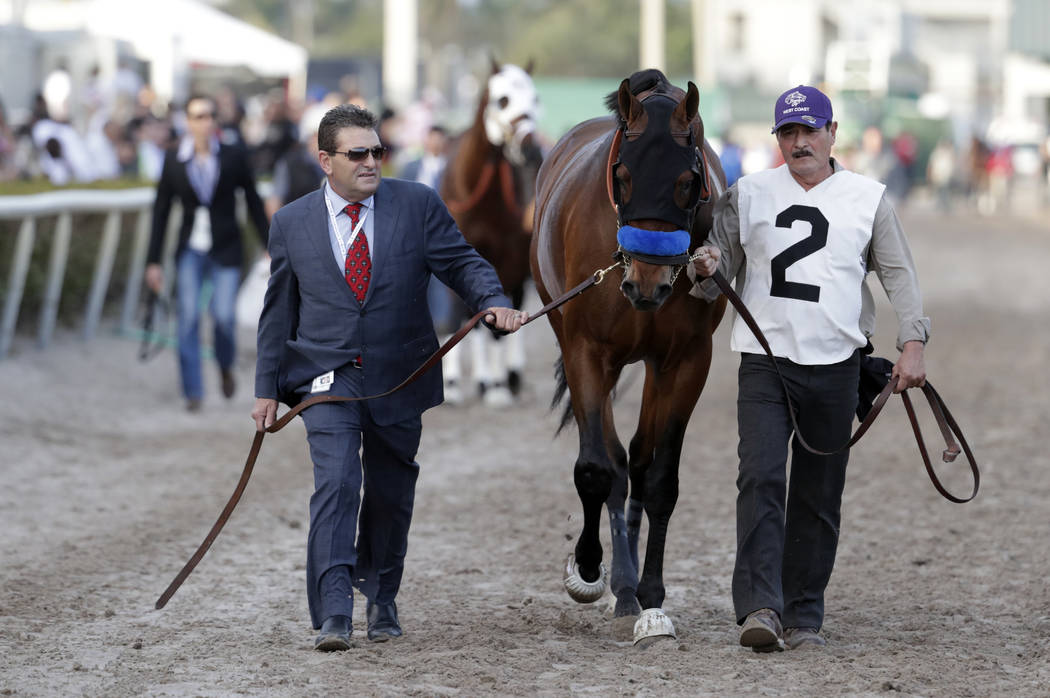 Marty Feldman, the eyes-askew British actor and comedian perhaps best remembered for his role as “EYE-Gore” in Mel Brooks’ classic “Young Frankenstein,” would have had a built-in advantage over handicappers trying to focus on races on opposite sides of the world this weekend.

Though we’ll miss the insights he might have brought to Saturday’s Dubai World Cup card — including the intriguing Group 2 UAE Derby — and the Gulfstream Park card headed by the Grade 1 Florida Derby, we shall carry on.

The Dubai card could fill several columns, particularly the $10 million marquee race in which the Bob Baffert-trained West Coast will attempt to prove himself as the best older dirt horse in the world, but the #RJhorseracing handicappers are sticking to the road to the Triple Crown. Before we see how they size up the races, a bit about the contenders:

The 1 3/16th-mile UAE Derby brings together promising prospects from the Middle East, Europe, Japan and — this year at least — the U.S. For handicappers, that means throwing usual tools out the window. The best preparation for a race like this is to watch video of the contenders’ recent races and look at the quality of competition they have faced.

Mendelssohn, winner of the Breeders’ Cup Juvenile Turf at Del Mar, will try to earn return passage to the U.S. to run in the Kentucky Derby. He’ll be up against the “now” horse Gold Town, who cruised to victories in the two major preps in Dubai for this race.

But the most interesting entrant is Reride. The Steve Asmussen-trained son of Candy Ride recently whipped subsequent Sunland Derby winner Runaway Ghost in New Mexico, so his performance will provide some sort of yardstick to measure the Dubai runners against.

The 1 1/8th-mile Florida Derby, on the other hand, features relatively well-known quantities in what has been a key prep for Kentucky.

Audible, the 9-5 morning line favorite, will try to prove his 5½-length victory in the Grade 2 Holy Bull Stakes in early February wasn’t an aberration against the likes of Promises Fulfilled and Strike Power, winner and runner-up of the Fountain of Youth Stakes; Remsen Stakes winner Catholic Boy; and some up-and-coming colts looking to earn a start in Louisville.

The #RJhorseracing handicappers never let great distance or unfamiliar conditions stand in the way of a strong opinion: They think Mendelssohn, the 5-2 second choice, is a standout in the UAE Derby, with Gold Town (6-5) and Reride (12-1) expected to pick up the pieces. I like Gold Town, but if Reride is anywhere near that price, that’s where my money will go.

In the Florida Derby, the crowd ’cappers foresee a real donnybrook, with Audible a narrow pick over Catholic Boy (7-2) and Strike Power (4-1), who were tied for second.

“Hard to argue with a $500K horse that has won two straight by the length of the stretch,” wrote handicapper Mark “the Godfather” Wayman. “Loves the track; can get the distance.”

I’m going with Catholic Boy, whom I’ve liked since the Breeders’ Cup. Audible is scary, but I was spooked by his recent reluctant workouts.

Join the fun next week. Let me know via email or Twitter if you’d like to help us solve our weekly handicapping puzzles.