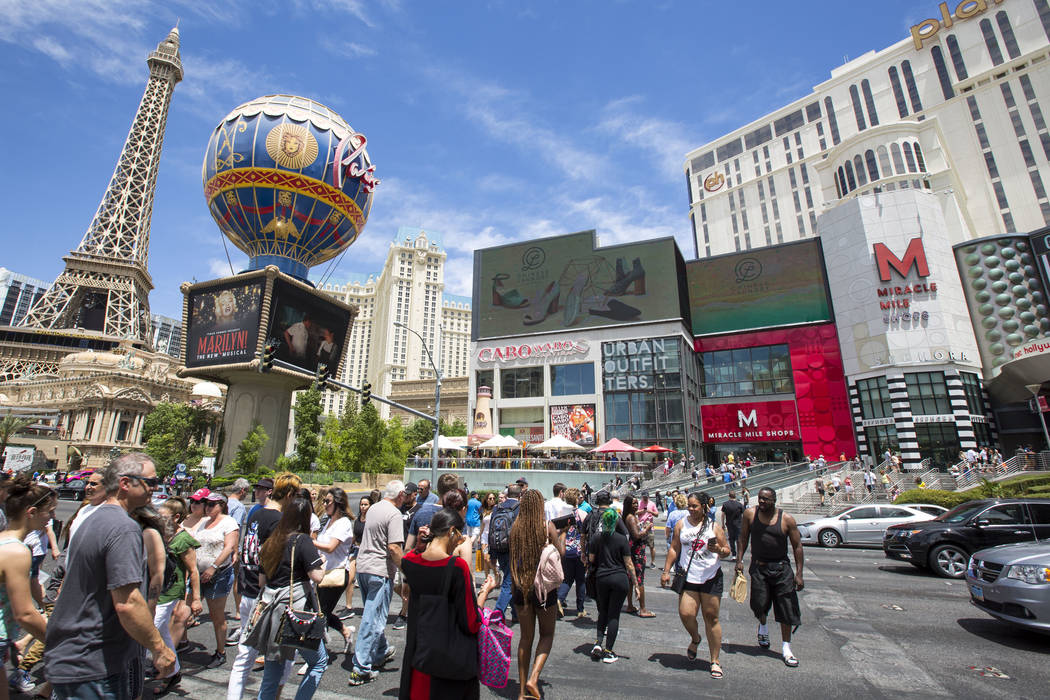 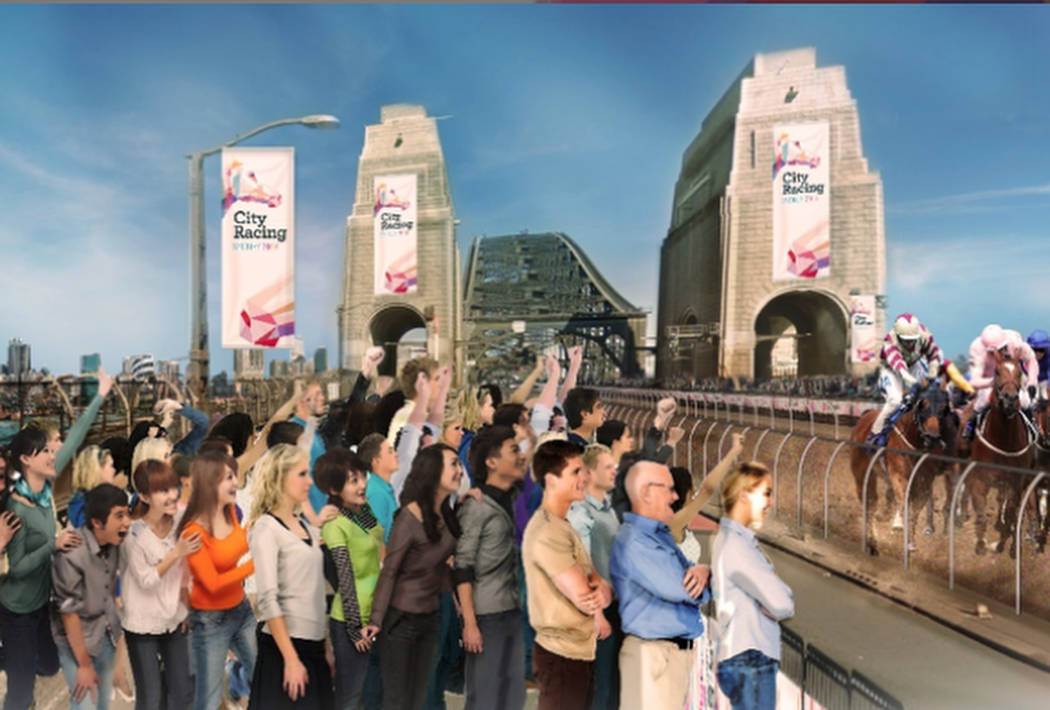 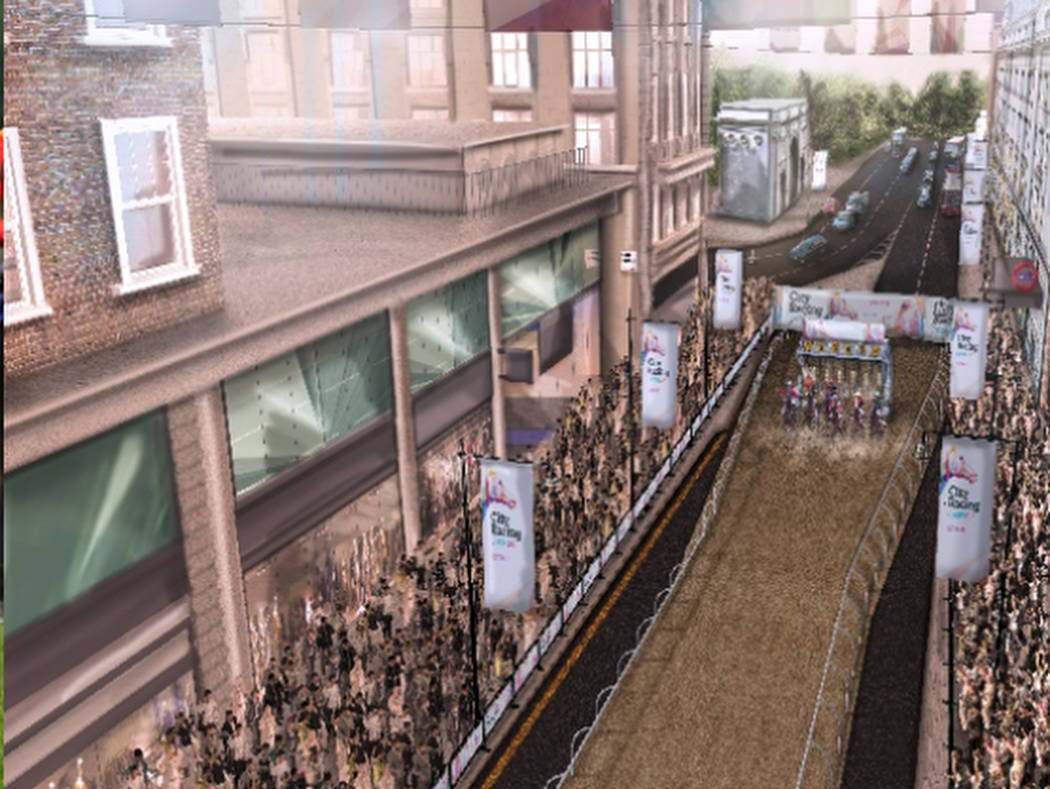 Imagine standing in front of the Bellagio fountains and watching as eight thoroughbred racehorses and their jockeys go thundering past on the Strip, cheered on by thousands of screaming onlookers.

As outlandish as that sounds, it’s at least a long shot possibility being pursued by four serious British businesses, including one improbably led by the eldest grandson of Queen Elizabeth II.

Known as City Racing, the enterprise was featured last week in a Thoroughbred Daily News article that hinted that Las Vegas might be one of the iconic streetscapes organizers are pursuing.

Johnno Spence, a spokesman for City Racing, confirmed Thursday to the Review-Journal that organizers are interested in Las Vegas and said the group has had preliminary talks with local officials as well as those in several other states.

The enterprise was launched in 2016 by Sports Entertainment Ltd. of London, headed by Peter Phillips, Queen Elizabeth II’s grandson and son of Princess Anne, and Andrews Bowen, inventor of the SafeTrack artificial racing surface. They were soon joined by partners JS Communications and The Jockey Club in Britain.

Phillips and Bowen came up with the concept as a way of getting new fans interested in the sport.

“Throughout the world, the racing bodies we’ve spoken to say the same thing: They are struggling to attract an audience,” Phillips told TDN. “We believe this is a fantastic platform for those bodies to communicate to a different, new, and dare I say, younger audience.”

The logistics of creating a pop-up racing venue on a city street are daunting. In addition to the 5-furlong (five-eighths-of-a-mile) course, the races would require quickly creating and tearing down a 100-meter area behind the starting gate and a 200-meter gallop-out past the finish line, collapsible safety rails, a second barrier to keep fans at a safe distance and timing equipment.

But Spence said City Racing plans to use pallets covered with a three-layer artificial base and racing surface that will enable organizers to quickly set up and remove the venue.

“In a push we could be in and out in 24 hours, but 48 hours would be a more comfortable time frame,” he said.

The partnership aims to host its first street race early next year in a yet-to-be named city in Europe or Asia and probably hold one or two more events in 2019. The idea is to add an event or two each year to eventually create a global racing series patterned after motor racing’s Grand Prix, Spence said.

The interest in Las Vegas as a possible host city was telegraphed by Phillips in his interview with TDN. Asked if the partnership would seek to race on some of the most iconic streets in the U.S., like Manhattan and Las Vegas, Phillips responded: “You’ve mentioned a few cities there and you wouldn’t be too far off the mark. And from our perspective, the more spectacular images we can get of horses racing down these streets with iconic backgrounds, the more the event goes beyond the racing industry. It starts to filter into the tourism industry as well.”

While Spence said that City Racing had held preliminary discussions with local officials, he did not say whom organizers had contacted. Officials with the city of Las Vegas, Clark County and the Las Vegas Convention and Visitors Authority did not confirm that any talks have been held, but Mayor Carolyn Goodman said “We’re open to anything” on Thursday when informed about the proposed event.

“In the 18 months that he has been trained by Cox, he has finished in the money in all seven races that he has entered. I’ll pick him to win his first stakes and bet him across the board,” wrote crowd ’capper Patrick Morrison of the group’s choice.

I’ll take a shot with Leofric’s stablemate, Term of Art (10-1), whom I think can stalk a slow pace and get the jump on the closers, over Hawaakom (the 5-2 morning line favorite) and Leofric.

In the West Virginia Derby, the crew is deadlocked between the Bob Baffert-trained Once On Whiskey (the 5-2 morning line favorite) and second choice Draft Pick (3-1) in a rematch between the top two finishers in last month’s Los Alamitos Derby. They make Mr. Freeze (9-2) a strong third choice.

I’ll try to beat the favorite again with Rugbyman (8-1), who appeared to have some equipment trouble when fourth in the Dwyer Stakes, over Draft Pick and Lionite (6-1).