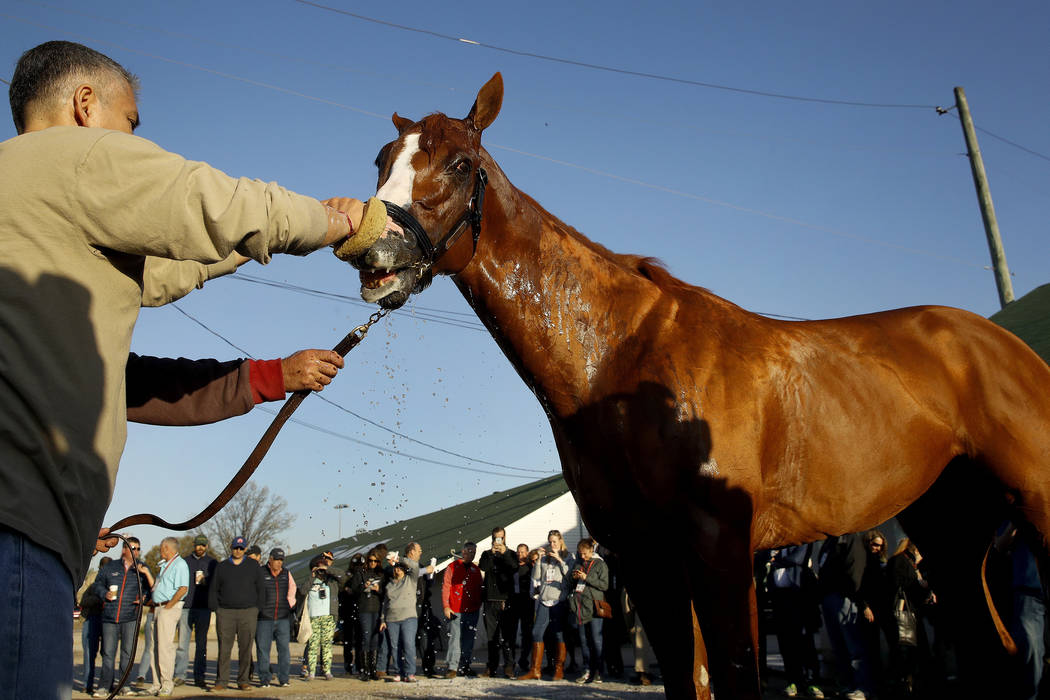 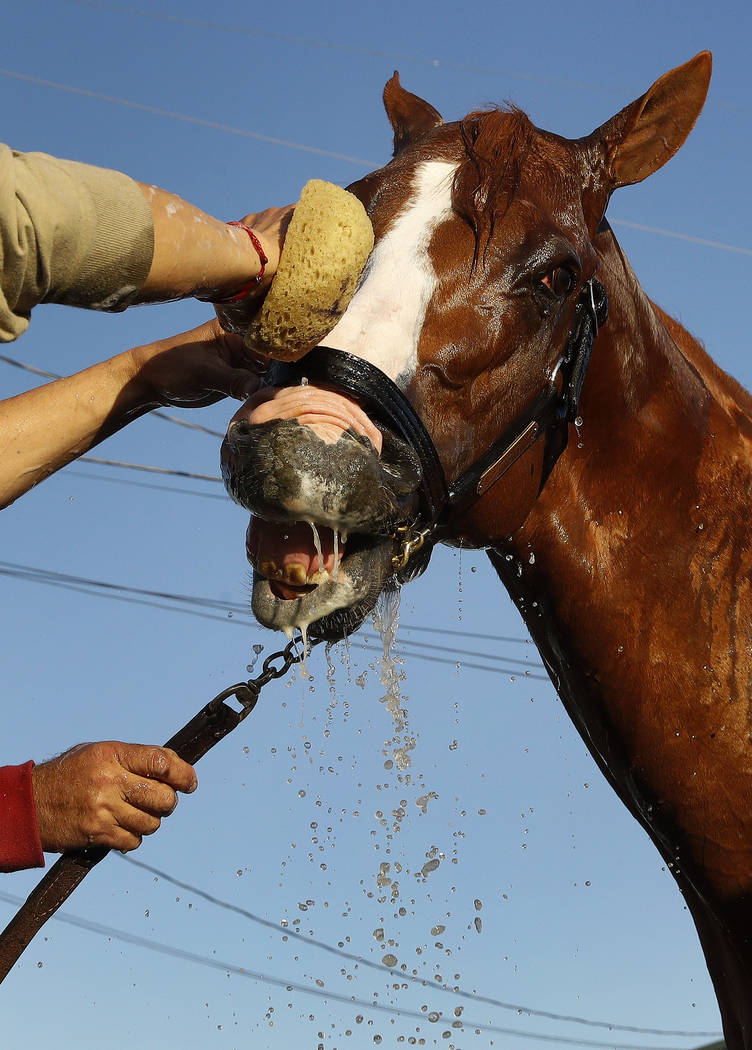 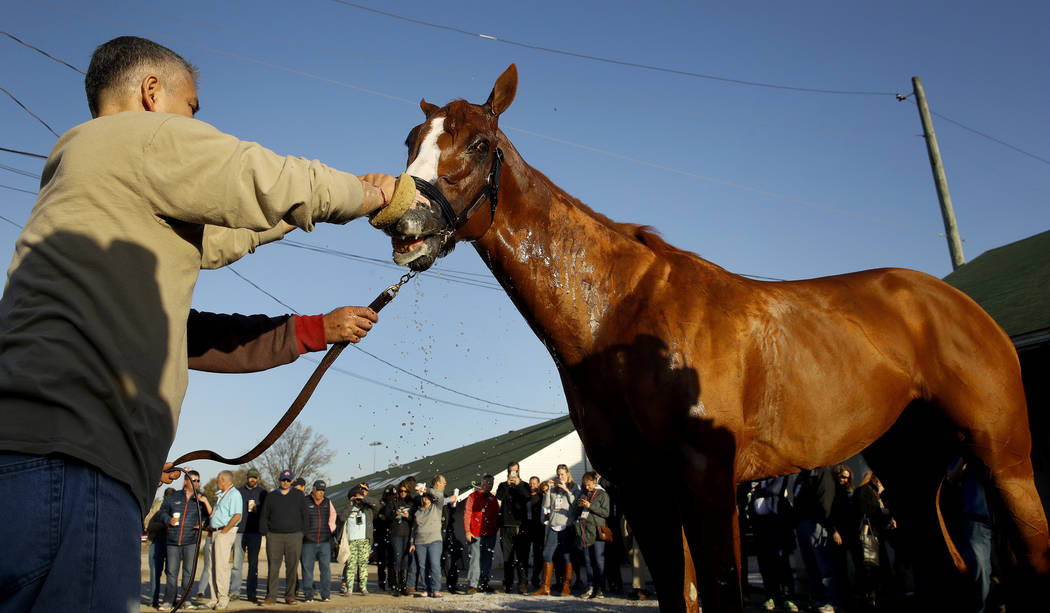 It’s all over but the screaming, the dancing and, for many bettors, the “coulda, woulda, shouldas.”

In hopes of keeping you out of the latter group after the Kentucky Derby is run on Saturday, I’ll share the picks of the #RJhorseracing handicappers, as well as mine, in a moment, but first here’s what you need to know about the race:

The 144th running of the Kentucky Derby appears on paper to have one of the most talent-laden fields ever assembled for a Run for the Roses. I count at least five horses – Justify, Mendelssohn, Magnum Moon, Audible and Good Magic — who might have been favored in other years against lesser competition.

But there can, of course, be only one favorite, and that is almost certain to be the Bob Baffert-trained Justify, who will break from the post 7 at odds of 3-1 if he sticks to the morning line.

The favorite will be running against 136 years of history – no horse has won the Derby without racing at 2 since Apollo in 1882 – as well as 19 rivals. But the speed and maturity he’s shown in three starts this year have shown he just might be the one to end the “curse of Apollo,” as the long streak of futility has come to be known.

Pace is likely to play a key role in determining the winner, as it does in most races. Justify appears to possess enough speed to take control of the race, but I think it’s more likely that Baffert and jockey Mike Smith will opt to rate him just off the other front-runners drawn to his inside – Promises Fulfilled and Flameaway.

The key to whether there’s a measured pace – say 1:11 or so for the first 6 furlongs – or a hot one will likely be Mendelssohn, the 5-1 second choice who will start from post 14. Will his connections — trainer Aidan O’Brien and jockey Ryan Moore — try to gun him to the front as they did in winning the UAE Derby in Dubai? Or will they opt to tuck in behind the leading phalanx and wait?

I think the latter is more likely, which leads me to forecast a medium to slow early pace. But everything could change in the blink of an eye if one of them breaks slowly or someone else decides to try to steal the race.

A few other things to keep in mind before we get to the picking:

* It’s tempting to chase huge payoffs in the Derby, but remember that they are huge for a reason. There is nothing more frustrating than handicapping the race near perfectly but coming home with an empty wallet. Instead, set aside a good chunk of your bankroll for the race for win bets, exactas and possibly Oaks-Derby doubles. Then get crazy with what’s left if you must.

* While once-a-year horseplayers will be focused on the Derby, even occasional handicappers would be well advised to give a good look at the races on the Churchill Downs undercard. There are six other graded stakes races leading up to the Derby that could make for a winning day even if you come up empty on the big race.

* Weather can always throw another variable into a race that doesn’t need any help being chaotic. As of late Thursday, the National Weather Service forecast for Louisville shows a 40 percent chance of thunderstorms or showers on Friday and a 40 percent chance of showers on Saturday, but that will undoubtedly shift in the hours ahead. Keep a close eye on the forecast and think ahead about the horses that will move up if the track is sloppy or muddy.

#RJhorseracing handicappers have their say

Now, I’ll hand the mic to the #RJhorseracing handicappers, who this week are handicapping both the Kentucky Oaks, the equivalent of the Derby for 3-year-old fillies, on Friday and the Derby on Saturday.

In the $1 million Oaks, a Grade 1 stakes run at 1⅛-mile, the handicappers believe the line maker at Churchill Downs got it wrong and are making California invader Midnight Bisou, the 5-2 second choice on the line, a strong pick over 2-1 morning line favorite Monomoy Girl. Coach Rocks (12-1) is the crew’s third choice.

I like Midnight Bisou as well and will key her in a few Oaks-Derby doubles.

“Audible will hear the cheers as he crosses the line ahead of the rapidly improving and flying Hofburg (conservative Bill Mott has 20-1 shot here for a good reason),” writes veteran #RJhorseracing ’capper Dean Wright.

I’m taking a different tack and going with Vino Rosso (12-1), Good Magic (12-1) and Bolt d’Oro (8-1), in that order. I still believe 2-year-old seasoning is key in being able to deal with the moving mosh pit that is the Derby and think all three are sitting on big races. I’ll play each to win for $10 and box them in $1 trifectas with Justify and Mendelssohn, adding another $48. I’ll also play them in $5 Oaks-Derby doubles off Midnight Bisou, for a grand total of $93.