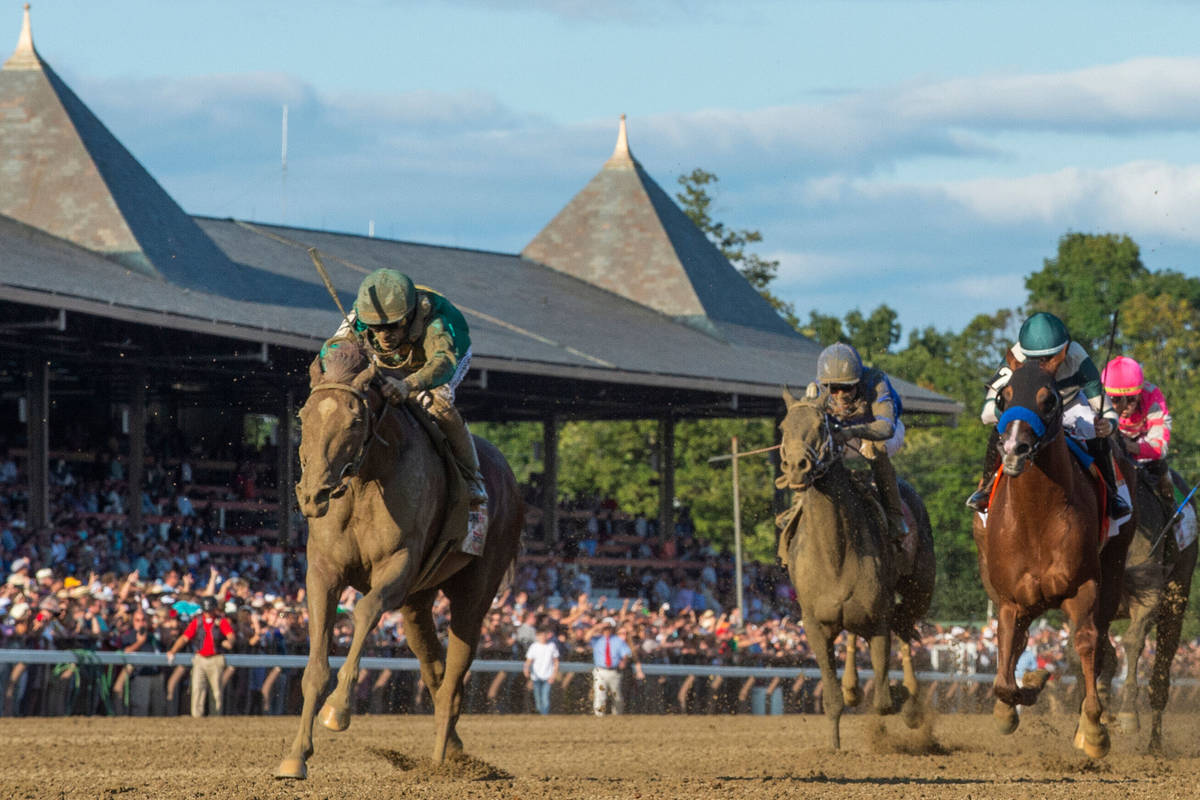 There’s been a lot of turmoil in the Sport of Kings of late, but everything will be right with the racing world again next week when Del Mar and Saratoga swing open their pearly gates.

Neither track actually has pearls on its doorway, as far as I know, but horseplayers know what I’m talking about. Summer doesn’t really begin until racing returns to the Spa and the House that Bing Built, no matter what the calendar says. And when it does, seeing the sport at its finest has an uncanny ability to chase the darkest clouds away – at least for a while.

Saratoga Race Course will show the way this year, reopening on Thursday for its 40-day summer meet that concludes on Sept. 6, Labor Day. The Saratoga Springs oval, which first opened for business in 1863, will offer 76 stakes worth $21.5 million in total purses over the course of the meet.

The racing should be pretty good, too, with an opening week stakes featuring the Quick Call and Schuylerville, both Grade 3s, on Thursday; the Forbidden Apple (Gr. 3) on July 16; the Grade 1 Diana and the Sanford, a Grade 3, on July 17; and the Coronation Cup turf dash the following day.

In addition to whatever transpires on the track, New York Racing Association officials will be celebrating the return to normalcy, with 100 percent capacity approved following last year’s fanless racing.

Del Mar, where “the surf meets the turf” and opening day traditions merely date to 1937, will open the day after Saratoga for its 31-day summer meeting that also ends on Sept. 6. The track will offer 34 stakes races — up two from last year — worth a total of $6.75 million, beginning with the $100,000 Oceanside Stakes on opening day.

Del Mar, which will race on Fridays, Saturdays and Sundays before adding Thursday cards on July 29, will have some restrictions on attendance to begin with. It will offer 100 percent capacity for racegoers in its seating areas throughout the facility, which can accommodate 14,994 fans, but there will be no general admission tickets and the infield will be shut. Racing officials are hopeful they will be able to ease that restriction after the meet is up and running.

Those who attend or tune in will once again be able to listen to the live poetry of race-caller Trevor Denman, who is back behind the mic after taking a COVID hiatus last year.

Belmont goes out with a bang

While Saratoga and Del Mar are still a week away, there’s no need to sit on your wallet this weekend.

The latter — the first leg of the Turf Triple series for sophomore fillies — will feature even-money favorite Santa Barbara, who just missed winning a Group 1 stakes in Ireland for trainer Aidan O’Brien in her last start, along with a pair of other European invaders.