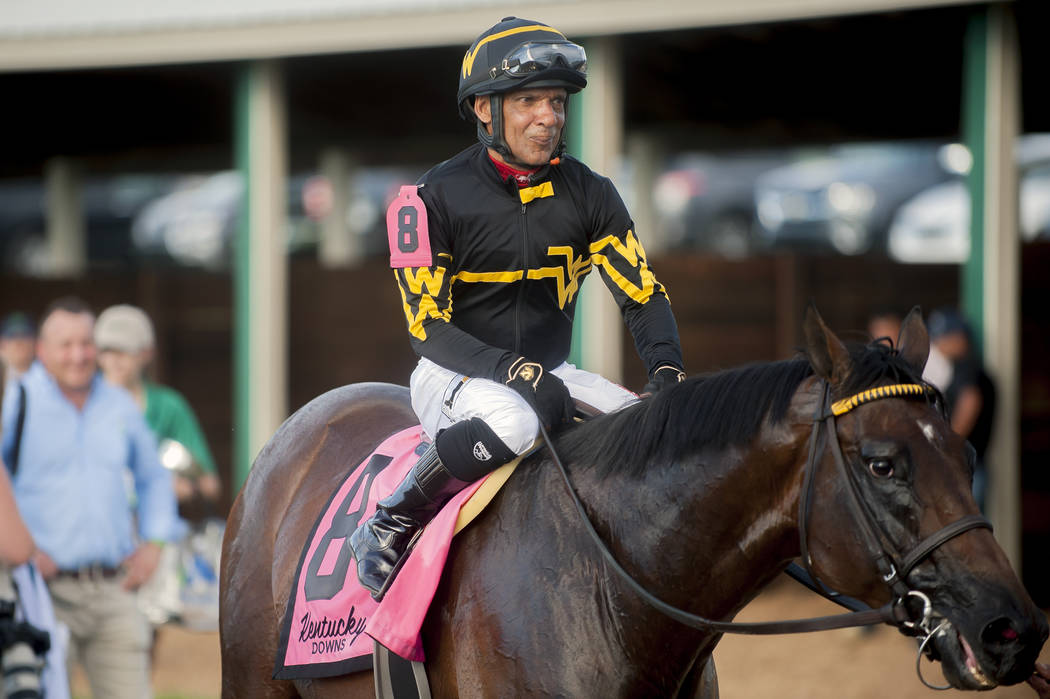 The Woodbine Mile on Saturday has produced five Breeders’ Cup Mile winners in its 22 runnings, which means it’s a great time to take an early look at how that division is shaking out with seven weeks left until the World Thoroughbred Championships at Churchill Downs.

The field for the Grade 1, $800,000 Woodbine Mile is typical for one of Canada’s most prestigious turf races. It features some top U.S. milers, two accomplished European runners and several sharp local horses who will try to keep the majority of the prize money in Ontario.

As a “Win and You’re In” prep for the Breeders’ Cup, it also will help clarify the Breeders’ Cup Mile by providing another automatic entrant and a measuring stick for current European vs. North American form.

The #RJhorseracing handicapping corps will take a crack at the race, as well as the $300,000 Northern Dancer Turf Stakes on the Woodbine card. But first let’s survey the turf mile division as it stands now.

Among the U.S. horses, the Chad Brown trainee Raging Bull probably has been most impressive, winning four of five starts this year, his only setback coming when he ran second to Up the Ante in the Manila Stakes on July 4 at Belmont Park.

John Sadler enters the Breeders’ Cup with a strong hand as he tries to end his unlikely 0-for-41 record in the series, with Accelerate the early favorite in the Classic and Catalina Cruiser well-regarded in the Dirt Mile. He’s also likely to saddle Catapult, winner of the Grade 2 Del Mar Mile Handicap and Eddie Read Handicaps at Del Mar, in the Breeders’ Cup Mile.

Other U.S. horses in the hunt include Bound for Nowhere, winner of three races in the U.S. sandwiched around a strong try at the Royal Ascot meet in England; Heart to Heart, winner of two Grade 1 races earlier in the year; Synchrony, who has four wins in Grade 2 and 3 company; and the popular and accomplished New York-bred Voodoo Song.

As for the European runners, five have stamped their passports to Louisville through “Win and You’re In” races on the other side of the pond: Alpha Centauri, Expert Eye, Lightning Spear, Recoletus and Suedois.

Alpha Centauri, a sensational 3-year-old filly, is probably the most interesting possibility, having won four consecutive Group 1 races in Europe. She is scheduled to have her final prep for the Breeders’ Cup Mile on Saturday in the Matron Stakes at Leopardstown in Ireland.

The #RJhorseracing handicappers are siding with the favorite, though narrowly over Lord Glitters. Third place went to Mr Havercamp.

Interestingly, the crew wanted nothing to do with Oscar Performance, probably because he was pulled up in the stretch in his last race, the Arlington Million, and vanned off.

As is my wont, I’ll try a different approach and use Stormy Antarctic, who has been butting heads with some good milers in Europe and is trained by little-known but up-and-coming trainer Ed Walker, over Oscar Performance and Delta Prince.

In the Northern Dancer Turf Stakes, a 1½-mile marathon on the lawn, the crowd ’cappers were locked in a virtual four-horse dead heat, with the Graham Motion-trained pair of Mekhtaal (7-2) and Utmost (4-1) tied for first and Hawkbill (2-1) and Tiz a Slam (6-1) deadlocked right behind.

I like Mekhtaal, Hawkbill and Utmost, in that order.