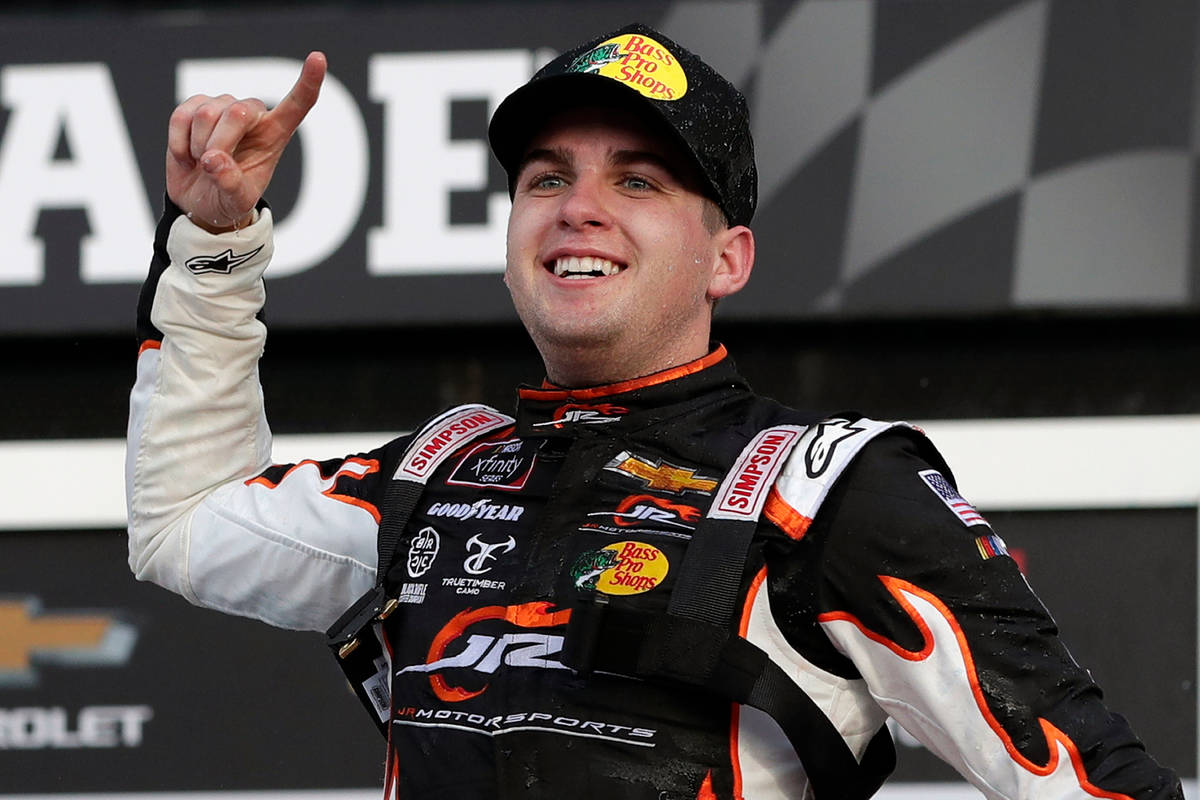 Noah Gragson was home at Thanksgiving, just chillin’ or trying to grow facial hair or whatever carefree 22-year-olds do when they are away from the racetrack, when he received a call from finally retired and fellow NASCAR Las Vegas lead foot Brendan Gaughan about driving in the Daytona 500.

Gragson already was scheduled to compete in the Xfinity Series race for Dale Earnhardt Jr. on Saturday of Daytona 500 weekend. Would the youngster, known for brashness on the track and frivolity away from it, have any interest in taking the No. 62 car for a Sunday drive in NASCAR’s marquee event?

The No. 62 car is the Beard Oil Chevrolet, Gaughan’s old ride. Like a classic Duesenberg or Bugatti, it only gets taken out for special occasions — NASCAR races at Daytona and Talladega, where special rules are conducive to somebody with a heavy right foot driving it from the back of the pack to the front. Such as Gaughan did last year, when he finished seventh.

Jimmie Johnson, also recently retired, was Gaughan’s first choice to drive the No. 62 car. The seven-time NASCAR champion wasn’t interested. He saw what happened to Ryan Newman at the end of last year’s 500, and skidding across the finish line on his lid at age 45 is something he no longer finds alluring.

Gragson, on the other hand, was mighty interested. He has a hard lid. Plus, he has never a driven Cup Series car, and to paraphrase what Pete Rose once said about baseball, guys who race stock cars would walk through hell in a gasoline suit to drive in the Daytona 500.

The only problem: Gragson’s contract with Earnhardt Jr. precluded him from driving for people not named Earnhardt.

The gregarious Gaughan said he knew a lot of racing people named Earnhardt. These included Kelley, Dale’s daughter, Dale Jr.’s sister and the vice president of JR Motorsports. Gaughan said he would make a call on Gragson’s behalf.

Gragson said Gaughan called him back the next day and told him, “Hey, man, you can’t run it. You can’t run anything else.”

Was Gaughan only joking? Of course he was. He’s Brendan Gaughan.

On Thursday, it was announced Gragson would replace Gaughan as the driver of the No. 62 car in next month’s Daytona 500.

And lickity-split, the cheeky kid from Las Vegas has gone from racing Bandolero cars at the Las Vegas Motor Speedway Bullring to potentially swapping paint at one of the holy grails of speed. He was asked what he would have told anybody who might have suggested that was to be his destiny.

“I would have said they were full of (expletive),” Gragson said with exactly the same amount of hesitation he exhibits while attempting an audacious pass in Turn 1.

“I know you probably can’t write that, but I never thought I would make it to the K&N series or the ARCA series or the (NASCAR) truck series, you know?” he said, mentioning benefactors such as the O’Hanley family and Dustin Ash of Las Vegas, the Jefferson-Pitts K&N race team in Washington state and past and present NASCAR employers Kyle Busch and various Earnhardts.

“It’s not about me. It’s about those people.”

But when he straps into the No. 62 car for his qualifying run and race in a few weeks, it’ll mostly be about him. And the guy who recommended him for the job.

“Roger Penske always told me it’s easier to rein in a thoroughbred than it is to whip a mule,” Gaughan said about his former car owner and the possibility of having to put a restrictor plate on Gragson’s right foot should his fun-loving protege be successful in putting the No. 62 in the Daytona 500 field. “I got the guy I wanted in the race car.

“He won the Daytona race last year in the Xfinity Series, and he’s goofy like me — he might even be goofier than me, which is pretty amazing, because I’m a sandwich short of a picnic.”