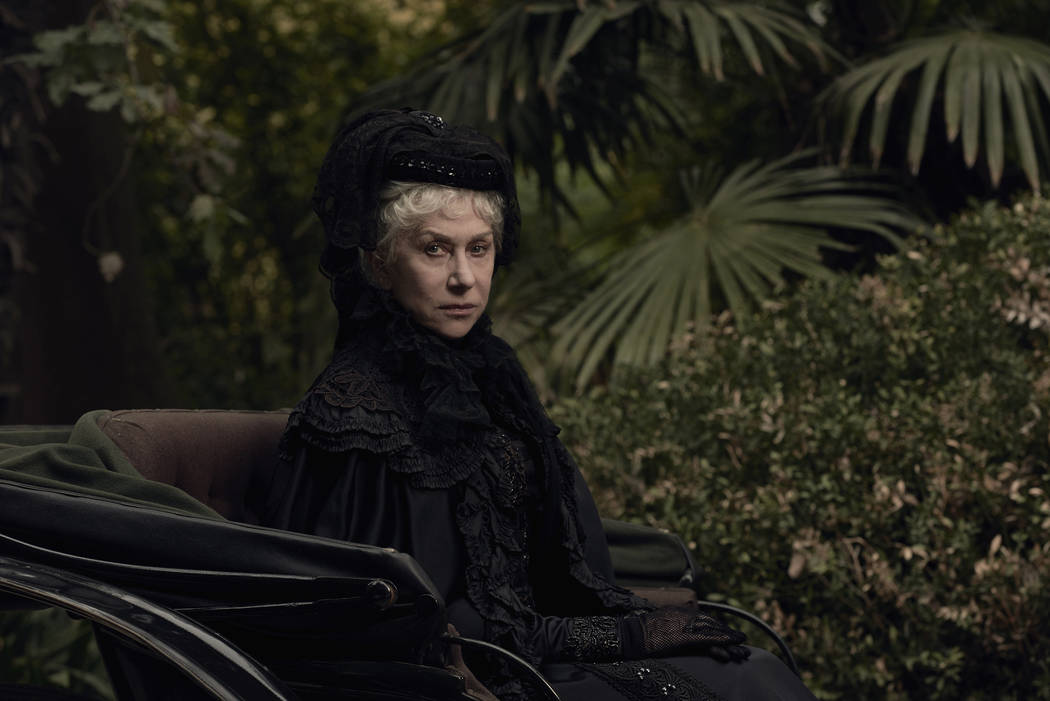 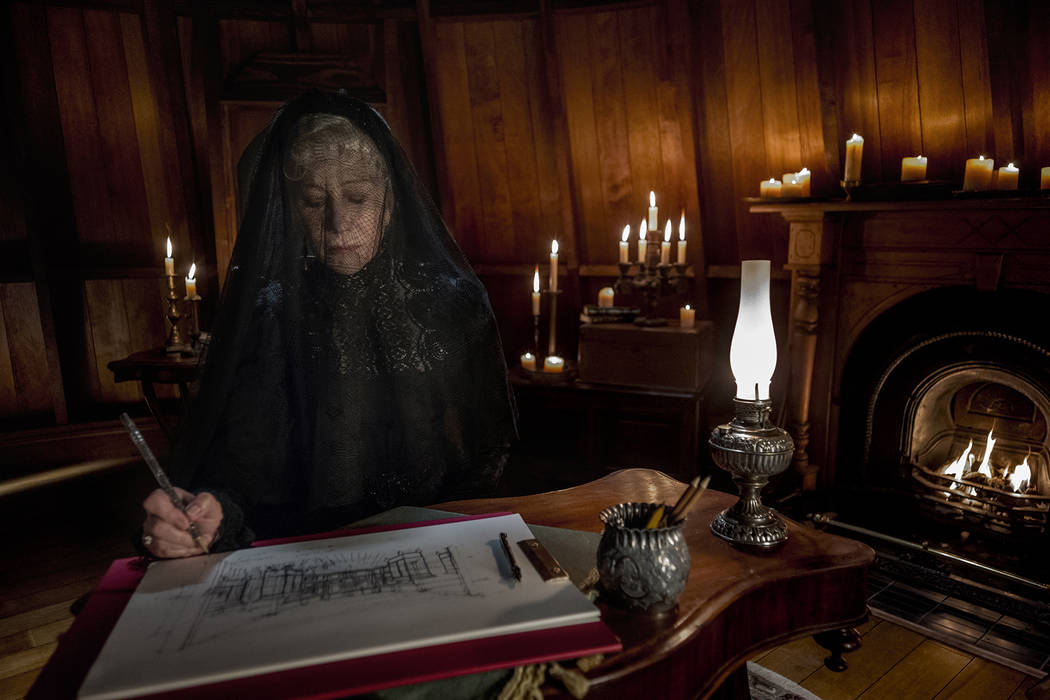 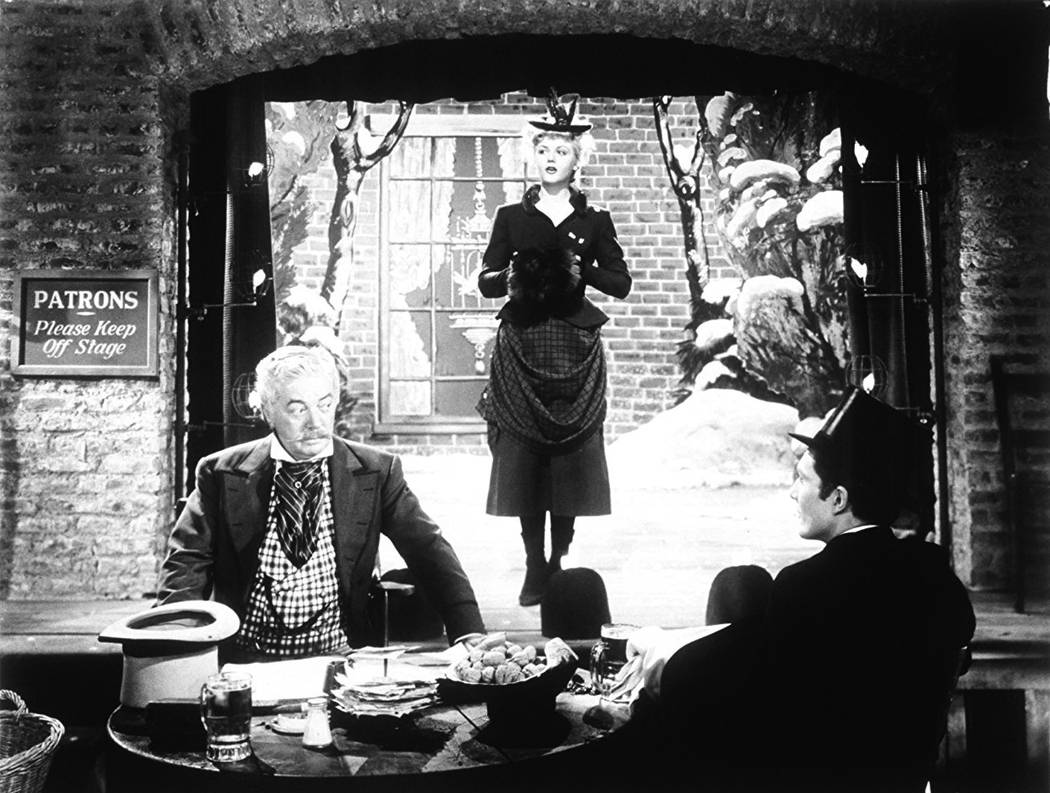 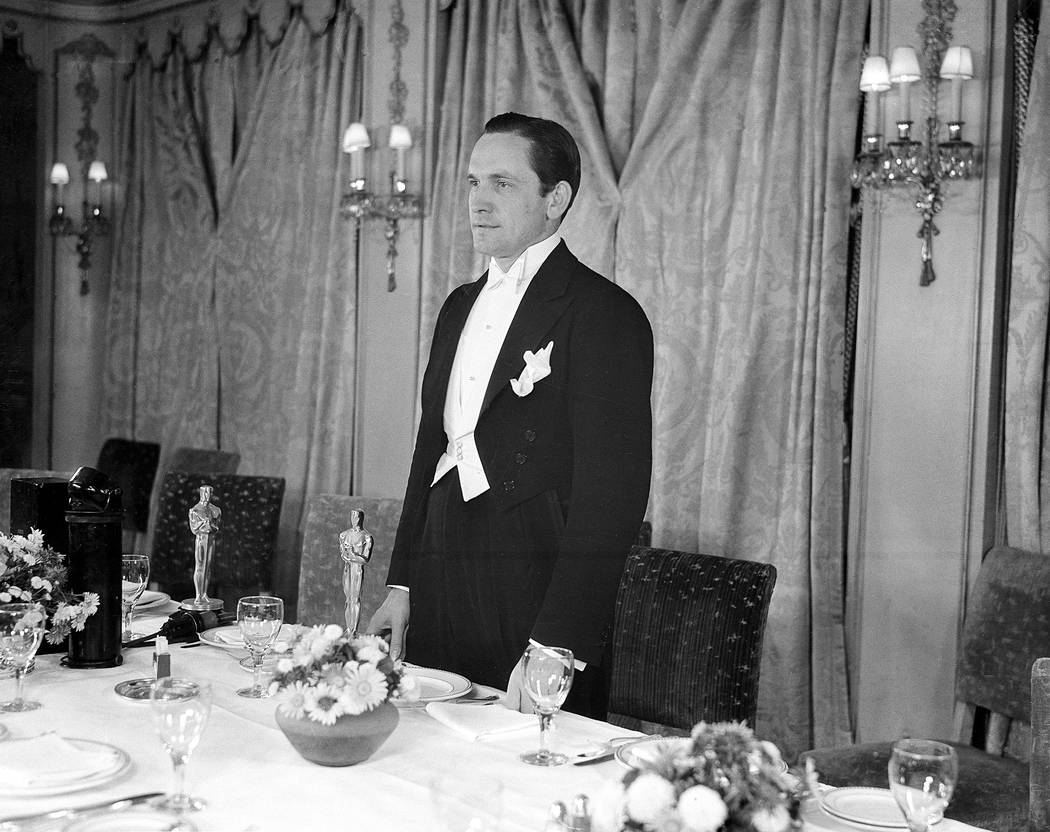 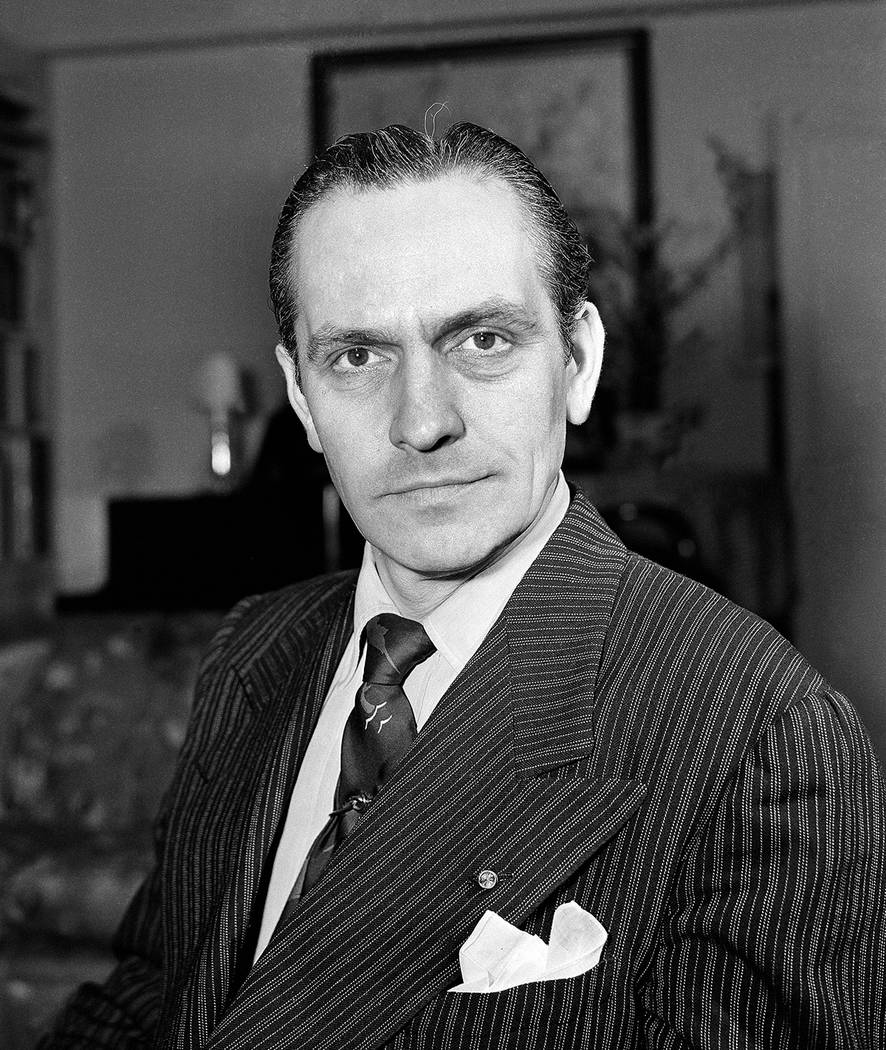 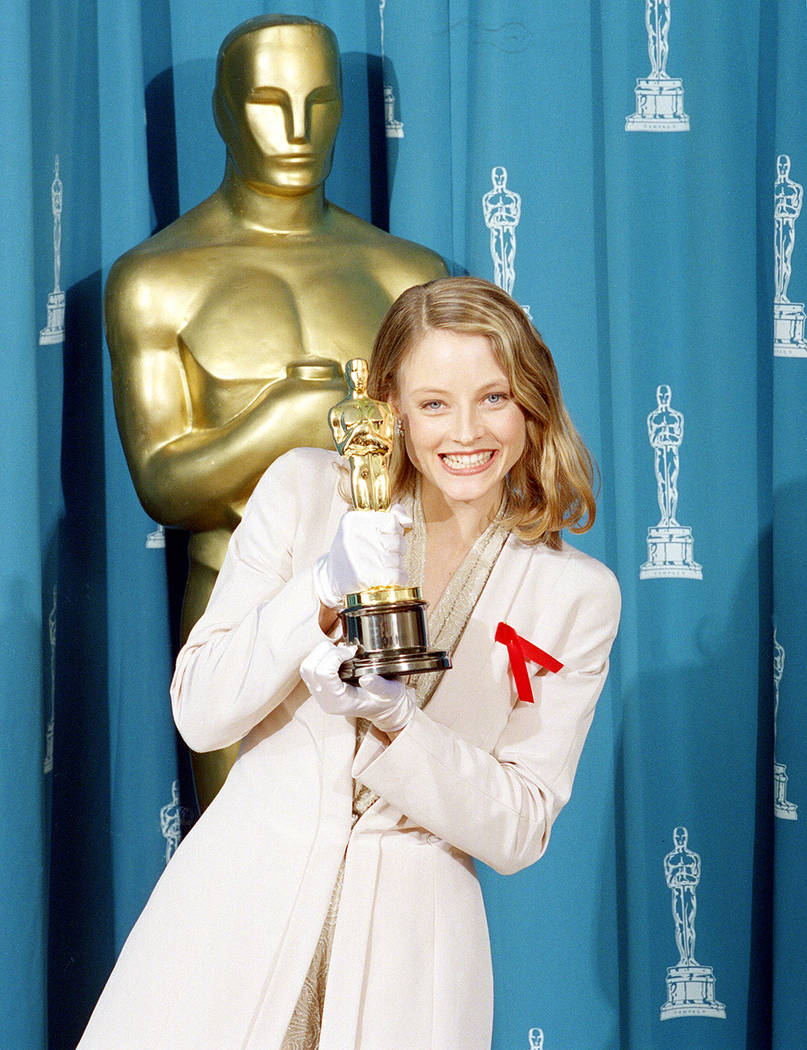 Jodie Foster shows off her Oscar backstage at the 64th annual Academy Awards in Los Angeles, Ca., March 30, 1992. Foster won best actress in a leading role for her performance in &quot;Silence of the Lambs.&quot; (AP Photo/Bob Galbraith) 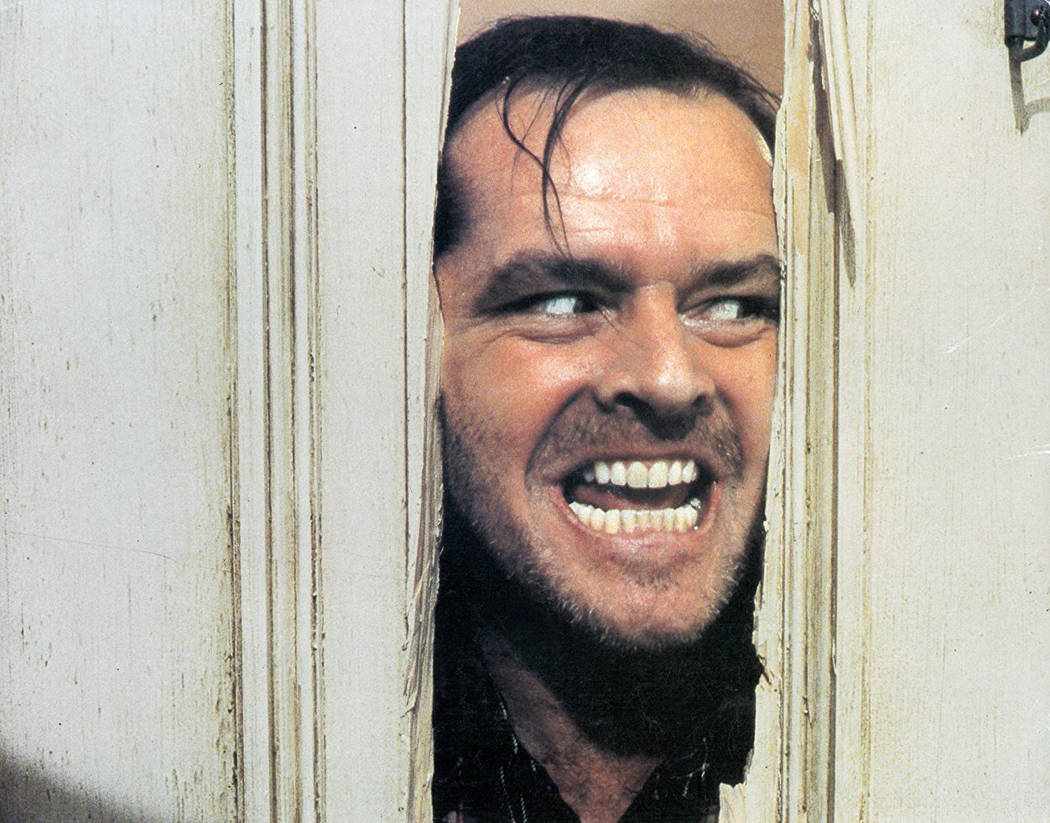 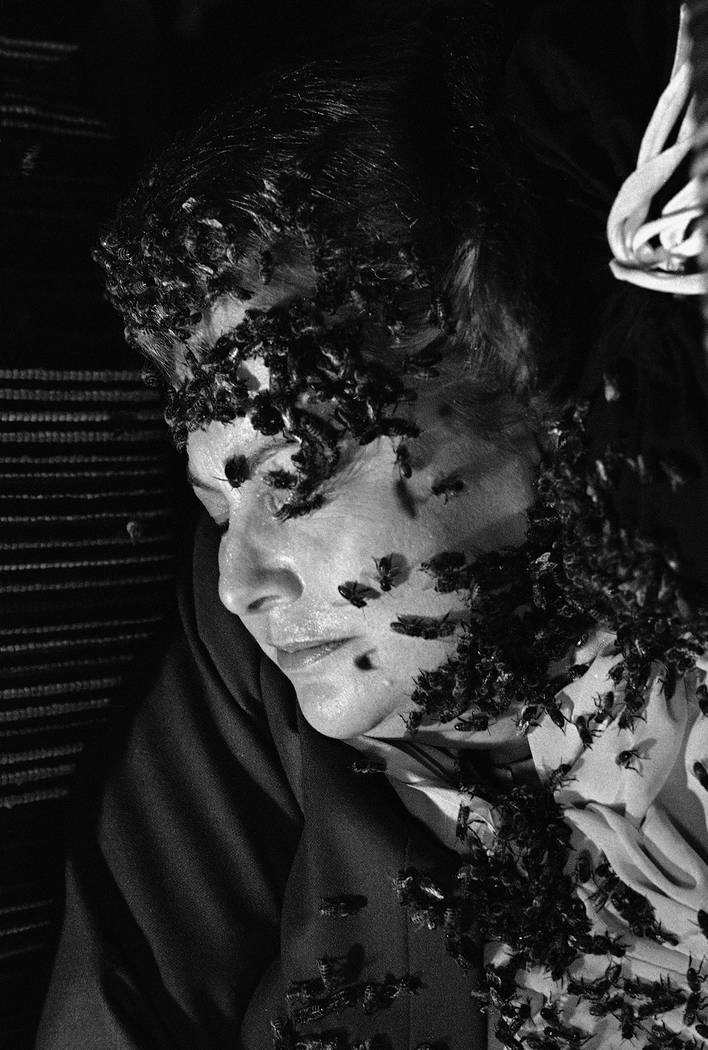 Actress Olivia De Havilland maintains great composure for this scene in the movie &quot;The Swarm&quot; as hundreds of bees crawl over her face, show on Sept. 20, 1977 in Hollywood. She was supposed to be unconscious following a train wreck. The killer bees swarmed into the train. She got one sting during the scene on her hand. (AP Photo/ Wally Fong) 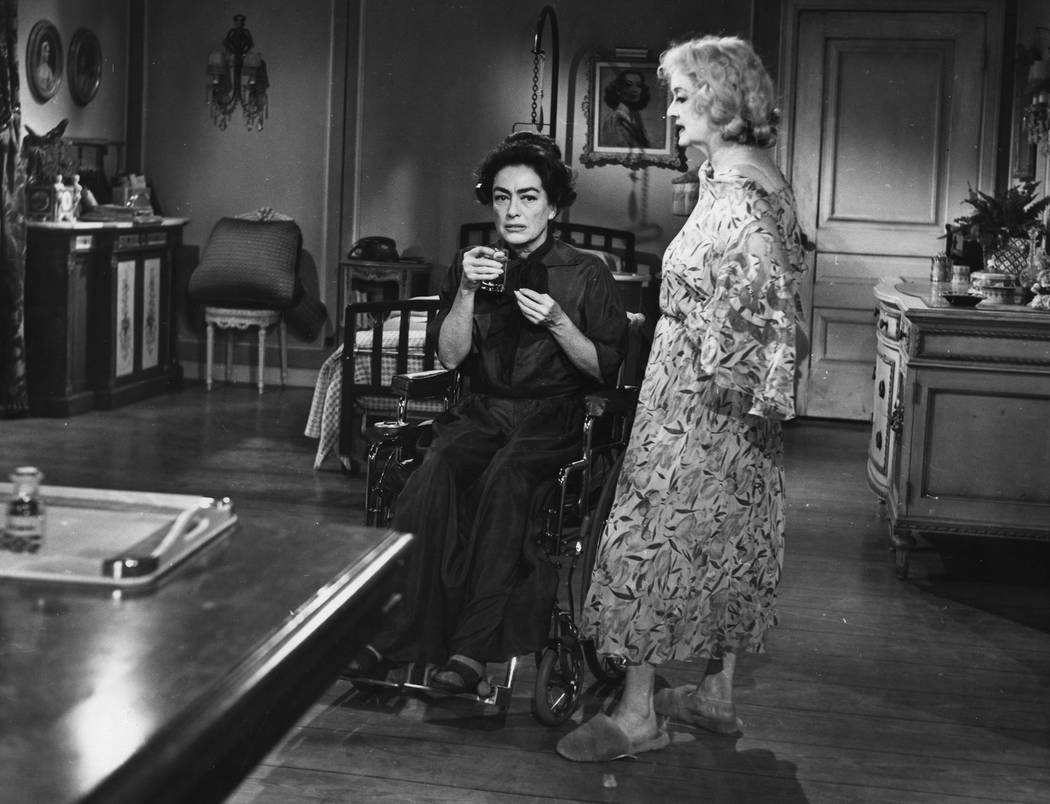 Actress Joan Crawford, sits in wheelchair as actress Bette Davis stands next to her at the set in a scene while filming &quot;What Ever Happenend To Baby Jane&quot; in Hollywood, USA, August 1962. (AP Photo) 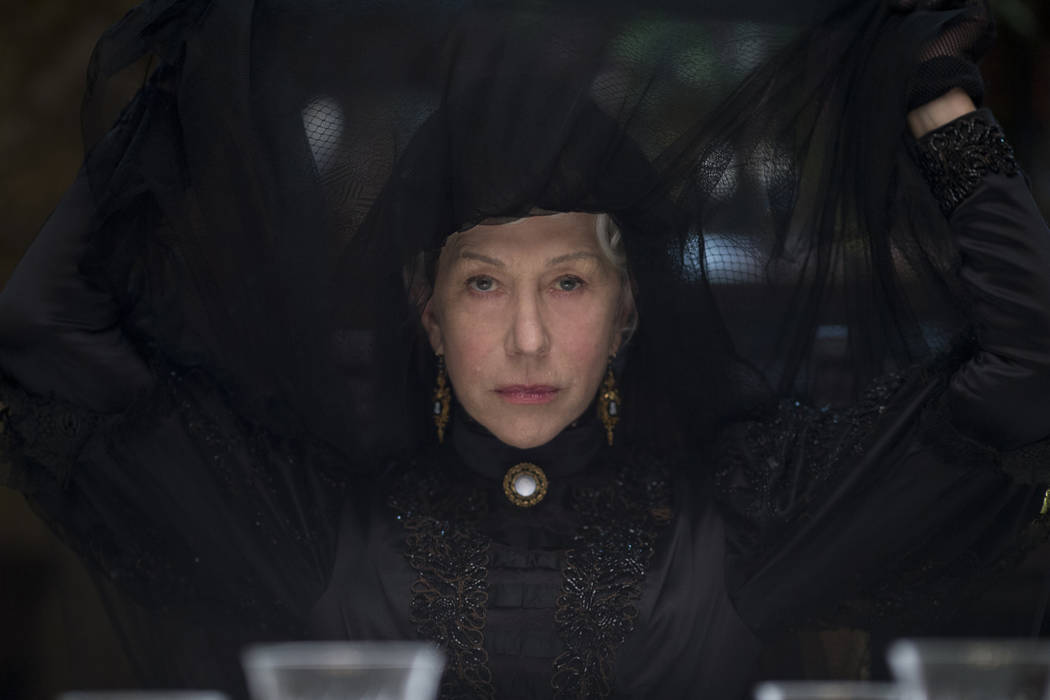 Granted, she also appeared with fellow Oscar winner Charlize Theron in last year’s “The Fate of the Furious.” But a horror movie boasting an actress of Mirren’s stature is still about as rare as one featuring a character who flat out refuses to investigate strange noises in a dark, dank basement.

“Get Out’s” Oscar nominations for picture, director, actor and original screenplay certainly give the oft-maligned genre an infusion of awards-season credibility.

And it’s far from the only horror movie to win acclaim.

“The Exorcist,” “The Sixth Sense” and “Jaws” earned best picture nominations. “The Exorcist” also scored three acting nods as well as a nomination for director William Friedkin, while “The Sixth Sense” earned nominations for Haley Joel Osment, Toni Collette and director M. Night Shyamalan. Ruth Gordon won an Oscar for “Rosemary’s Baby.” Sissy Spacek and Piper Laurie were nominated for “Carrie,” as were Janet Leigh for “Psycho” and Sigourney Weaver for “Aliens.”

But while few horror movies start with a pedigree quite like Mirren’s, here’s a look at eight that did:

By the time Jack Torrance (Jack Nicholson) chopped his way through the sturdiest bathroom door in movie history, Nicholson had been nominated for four Oscars and won another thanks to iconic performances in the likes of “Easy Rider,” “Five Easy Pieces,” “Chinatown” and “One Flew Over the Cuckoo’s Nest.”

Bette Davis and Joan Crawford, “Whatever Happened to Baby Jane?” (1962)

As viewers of Ryan Murphy’s “Feud: Bette and Joan” know well, Bette Davis had two Academy Awards to her credit and an additional eight nominations, while Joan Crawford won an Oscar for 1945’s “Mildred Pierce” and was nominated in 1948 and 1953. Both actresses were considered washed up, though, by the time they scraped together this psychological thriller that launched the “hag horror” fad and — much to Crawford’s dismay — netted Davis another Oscar nomination.

Anthony Hopkins won Emmys for portraying Adolf Hitler and Lindbergh baby kidnapper Bruno Richard Hauptmann more than 20 years before, but he was hardly a household name until his Oscar-winning turn as Hannibal Lecter. Jodie Foster, though, was nominated for an Academy Award for 1976’s “Taxi Driver” and took home the trophy for best actress for 1988’s “The Accused” before repeating with a win for playing Clarice Starling.

There’s a fairly large gap between the parenting duties of “To Kill a Mockingbird’s” Atticus Finch and “The Omen’s” Robert Thorn, but Gregory Peck’s range was just one of the reasons he was considered Hollywood royalty. When he signed on to portray the adoptive father of the spawn of Satan, Peck had a best actor Oscar, the sporadically awarded Oscar that comes with the Jean Hersholt Humanitarian Award and four other nominations.

Kathy Bates won the best actress Oscar as the “No. 1 fan” of novelist Paul Sheldon (James Caan), but it was her breakthrough movie. Caan, though, was a bona fide star, thanks to his Oscar-nominated turn as “The Godfather’s” Sonny Corleone and his Emmy-nominated role as Brian Piccolo in “Brian’s Song.”

Seven decades before the voice of America’s favorite singing teapot was awarded an honorary Academy Award, Angela Lansbury followed her Oscar-nominated role in her first film, 1944’s “Gaslight,” with an Oscar nomination the next year as the suicidal singer in this adaptation of the Oscar Wilde novel.

After receiving a best actor nomination for the fourth Academy Awards, Fredric March would take home the trophy the following year for his dual role in the Robert Louis Stevenson adaptation. March would go on to win a best actor Oscar for 1946’s “The Best Years of Our Lives” and be nominated for 1937’s “A Star Is Born” and “1951’s “Death of a Salesman.”

You could argue whether “The Swarm,” in which killer bees invade Texas, is a horror movie. But there’s no arguing about the caliber of the cast. When they arrived on set, those actors had combined for six Oscars and an additional 14 nominations.