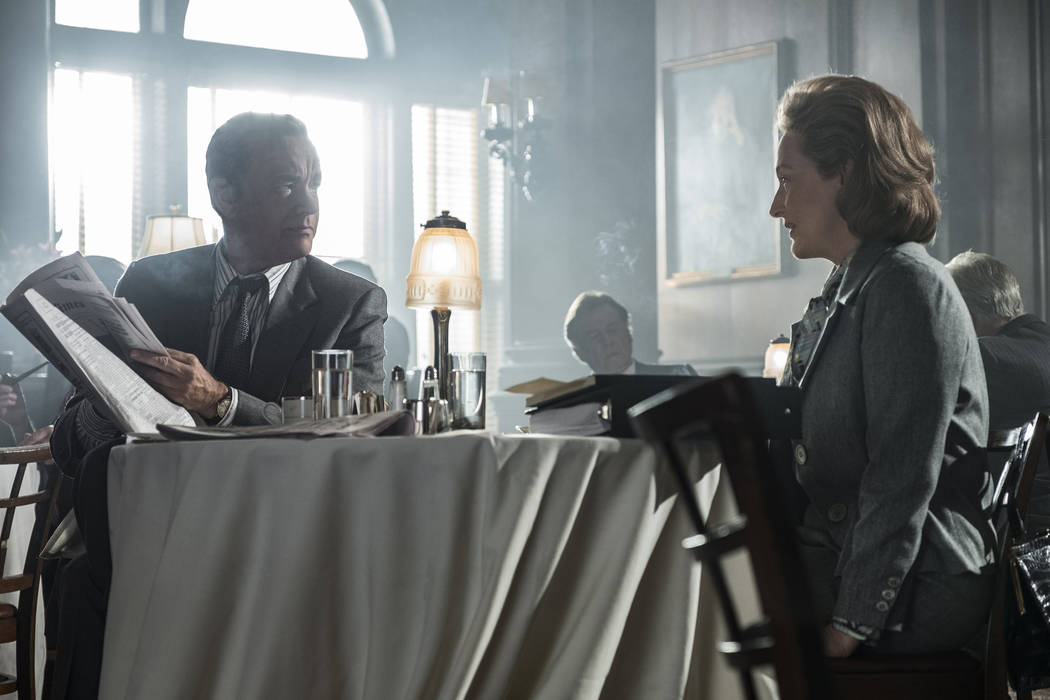 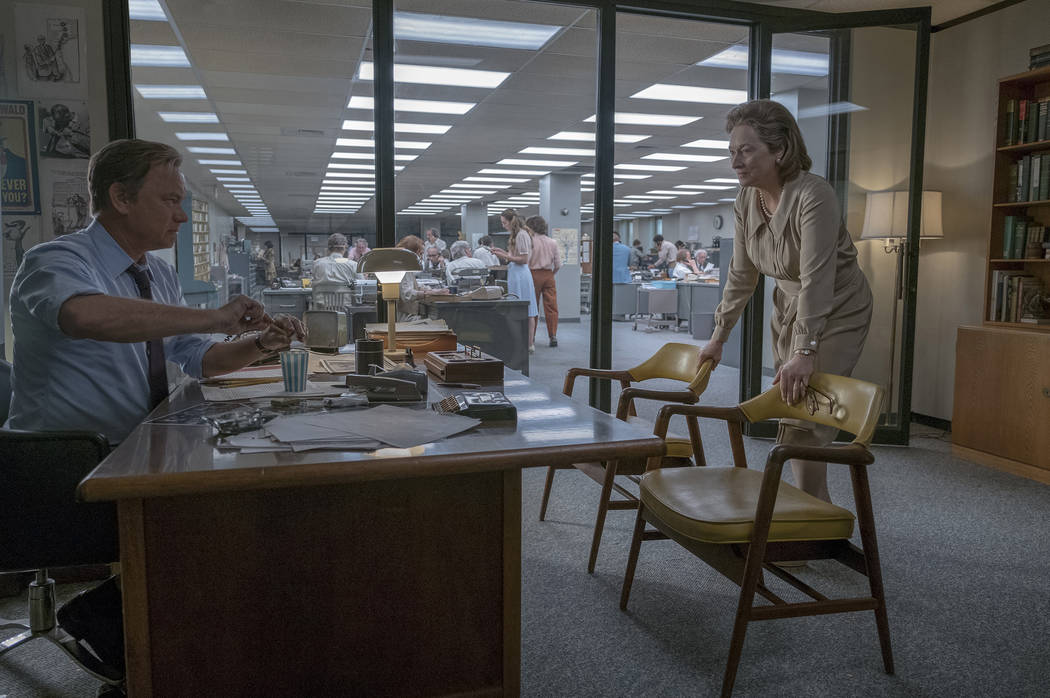 You wouldn’t expect a movie that relies on pay phones, typewriters and Linotype — a method of printing only slightly more sophisticated than chiseling words into stone — to be the timeliest entry of the awards season.

Despite being set in 1971, “The Post” manages to feel ripped from the headlines, thanks to its president waging an unprecedented war against the media and its female protagonist finally standing up for herself after years of being told she didn’t belong.

The only way director Steven Spielberg’s “The Post” could be any more 2018 would be if Meryl Streep had stepped aside from portraying Washington Post Publisher Katharine “Kay” Graham in favor of Alyssa Milano or Rose McGowan.

When we first meet Graham and her legendary editor, Ben Bradlee (Tom Hanks), their biggest concern is that the White House has banned one of their reporters from attending Tricia Nixon’s wedding. The Post eventually plasters coverage of the nuptials across its front page on the same day the rival New York Times blows the doors off newsrooms nationwide by publishing its first account of the stolen, classified documents — detailing how the government has spent decades lying about Vietnam — that would come to be known as the Pentagon Papers.

That may seem quaint in a post-WikiLeaks world, but it was a sensational, near-treasonous gamble on the part of the Times. The White House was so enraged that two days later, citing national security concerns, the paper was hit with a temporary injunction against publishing any further stories about those documents.

Since the injunction only covered the Times, Bradlee and his team finally had an opening. So when the Post gets a copy of more than half of the report — officially titled “History of U.S. Decision-making in Vietnam, 1945-66” — it’s up to Bradlee’s editors and reporters to comb through 4,000 pages, unnumbered and in no particular order, and craft a story. The Times had three months. In order to scoop the rest of the country, the Post has 10 hours.

Other than time, the only thing standing between Bradlee and his goal of transforming the Post from a local paper to a national powerhouse is the timid, indecisive Graham, who held her position only because her husband, who inherited the newspaper from her father, killed himself. The men in the boardrooms where she’s always been the only woman rarely let her forget that.

The decision to publish is ultimately hers, and it couldn’t come at a worse time. The Post is about to issue a public offering to raise enough money to stay in business, and the bankers behind the sale could cancel the sale in the case of a “catastrophic event” — such as, say, the paper’s publisher and editor being thrown in jail.

By balancing the high stakes of Bradlee’s quest to publish with Graham’s evolution into a leader, newcomer Liz Hannah and Josh Singer, an Oscar winner for “Spotlight,” have found a way to put a human face on this historic battle for freedom of the press.

When Bradlee talks about his bravery, he’s dismissed by his wife (Sarah Paulson) with an “Oh, Ben, please.”

“When you’re told time and time again that you’re not good enough, that your opinion doesn’t matter as much,” she says. “When they don’t just look past you, when to them you’re not even there. When that’s been your reality for so long, it’s hard not to let yourself think it’s true. So to make this decision, to risk her fortune and the company that’s been her entire life, well, I think that’s brave.”

Then there’s Tracy Letts, who also stars in the awards-season darling “Lady Bird,” as Frederick “Fritz” Beebe, chairman of the board of The Washington Post Company.

If they publish, Fritz warns Graham, The Washington Post as they know it could cease to exist.

If they didn’t, The Washington Post as we know it never would have existed.