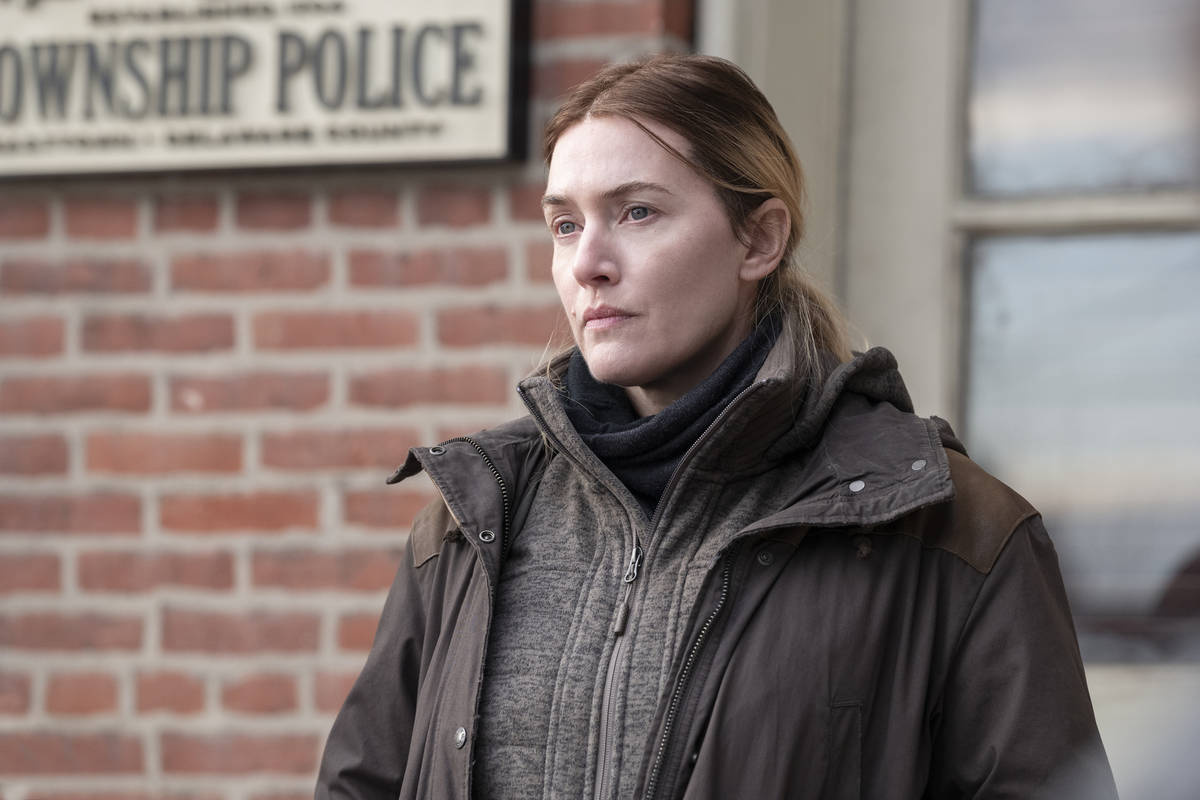 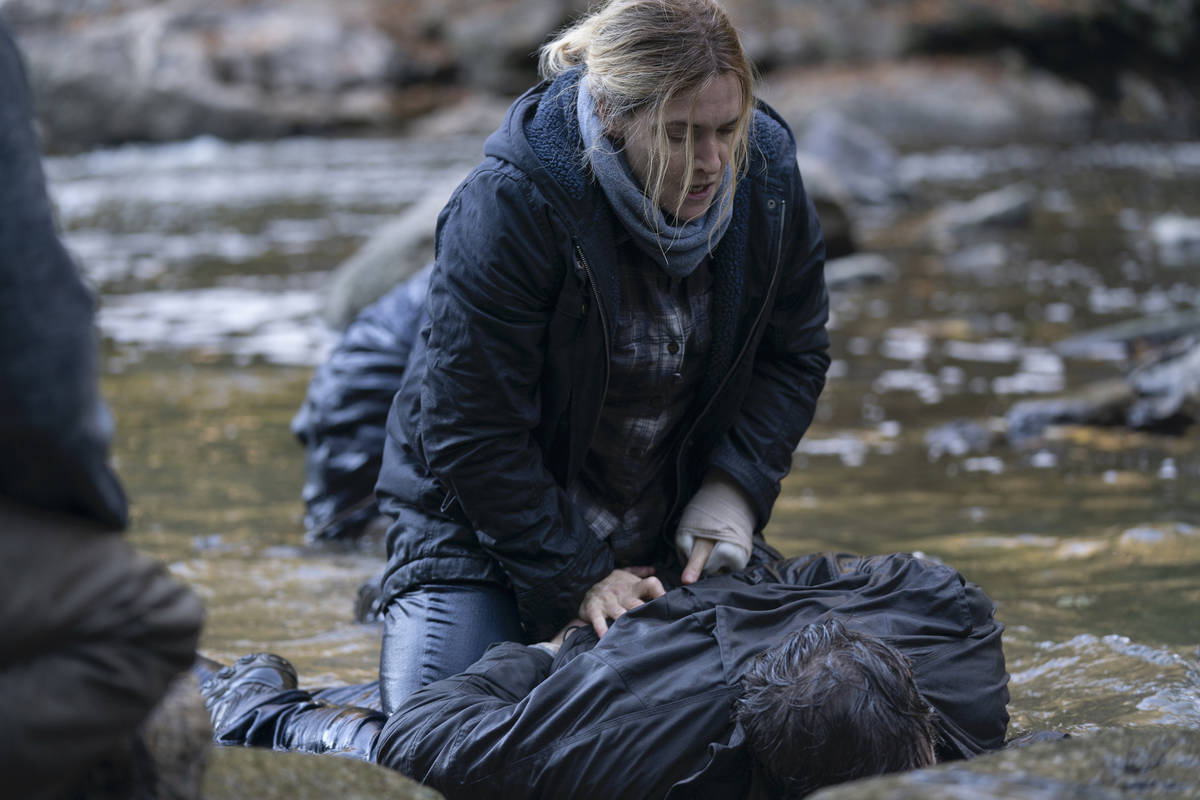 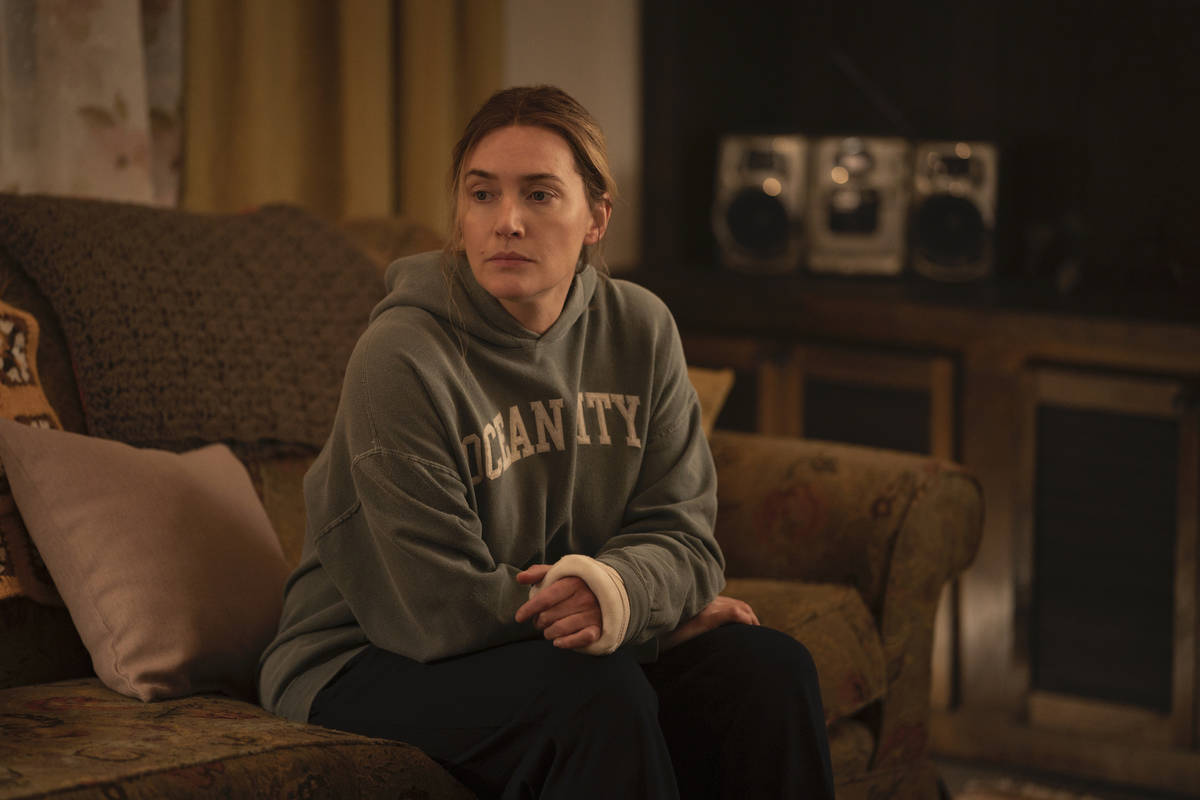 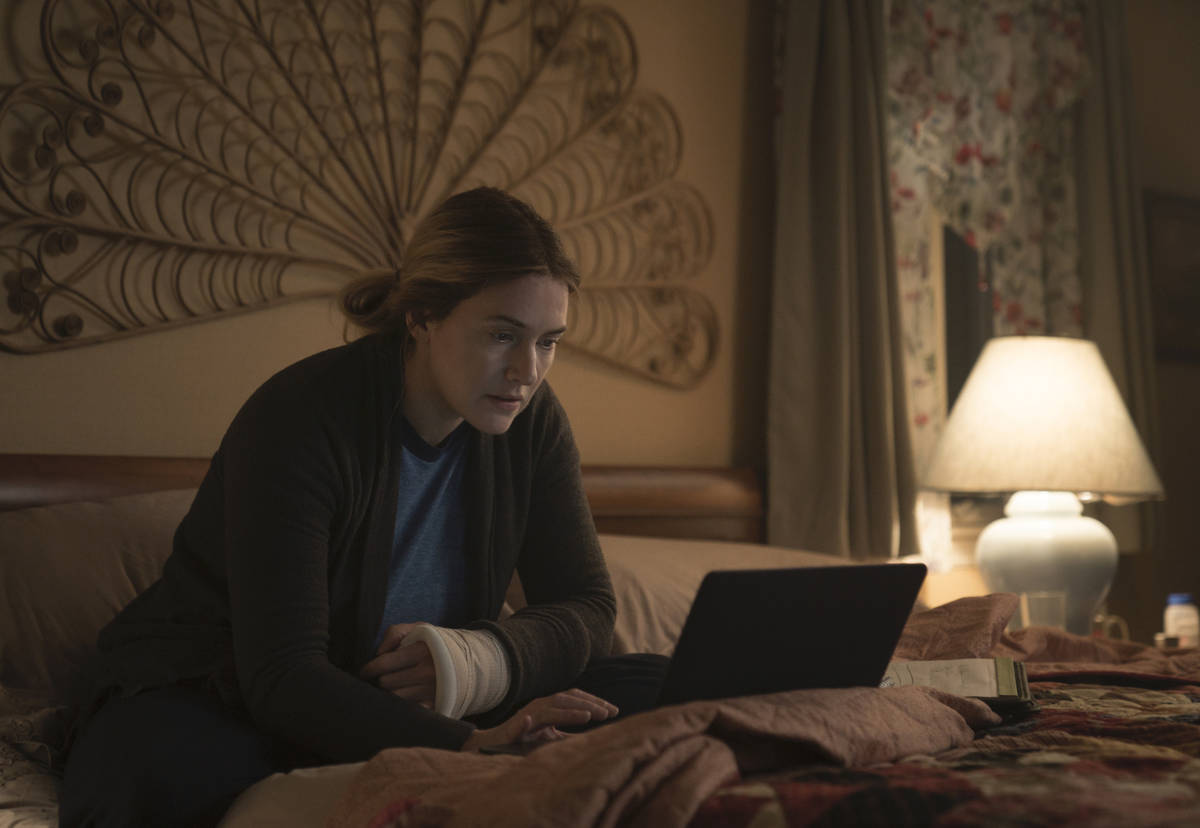 “She’s nothing like me, and that’s pretty scary in a great way if you’re an actor that likes to feel terrified and exposed,” Kate Winslet says.

The Oscar winner isn’t diving into an ocean this time, but into small-town life in the HBO limited series “Mare of Easttown,” which debuts Sunday.

The crime thriller stars Winslet as Mare Sheehan, a Pennsylvania detective juggling a murder investigation, a possible romance with a novelist (Guy Pearce) and a complicated home life. Mare resides with her mother (Jean Smart), teen daughter (Angourie Rice) and grandson (Izzy King) in a house where few things are discussed.

“It’s one of the biggest challenges of my career,” says Winslet, a 45-year-old London mother of three — 20-year-old Mia, 17-year-old Joe and 7-year-old Bear.

Review-Journal: Why is playing Mare one of your biggest challenges?

Kate Winslet: I just have never done anything like this and was excited to read something that gripped me right away. I really felt the sense of not only who she was, but the world she lived in and comes from. That sense of community and being is so entrenched in this society that you sort of forgot who you are from time to time. The story has so much heart in it and is rooted in truth. It just really resonated with me.

Would you make a good detective in real life?

I’d be a lousy detective, but I’d be good at the coffee and the after beers.

Why is Mare so different from you? And how did you find the character?

I don’t have the mental stamina required to be a detective. But I do think that one thing I had in common with Mare — that I, quite honestly, was able to lean on a lot — was that real sense of family and how much it means to her to hold that together at all costs. And also to be able to admit to herself from time to time that she has failed in a lot of areas and tries desperately to correct those errors and to hold everyone as close as she can, even if she’s a difficult person to live with from time to time.

How did you prep for the role?

I spent time in Easttown to find many things, including the accent. This accent drove me crazy! There are varying degrees of it. The thing that was hardest for me was to do it well enough that you shouldn’t hear the act of doing. I hate it when you can hear someone doing an accent. That was one of the things that is more important to me than anything. Just making it disappear and blend in. So I did spend a long time working with a coach and working with people locally, as well.

Did you binge TV cop shows?

I didn’t binge watch any TV crime dramas to prepare, but I did watch a lot of real-crime drama and a lot of YouTube footage. I also spent time working with real police department individuals in blacked-out vehicles driving around those areas in order to learn. We wanted to capture the essence of what it’s like to really be a detective from that town.

Do you ever get to a set and doubt yourself?

I do have days when I feel like I’m free falling. It comes from a place of desperately wanting to get it right and the terrible fear that I might not. You just never know.

Do you ever draw on past characters to inform current ones?

No, I never draw on past characters at all. It’s a rule I have with myself. Until I had children, I could sort of carry on being the character briefly even after we wrapped. I’d indulge in the experience I just had. Talk it through with friends. Now, there is no time. It’s all about school runs, pack the lunches and run the lines in the car. Even my kids run lines with me.

How has life been during the pandemic and what is a good Sunday?

I spent the time in England. There have been walks along the beach and time spent with my family, which was lovely. On Sundays, an ideal day is in the kitchen and around the table. I like to cook. I make soup and homemade croutons. During the pandemic, I even made the homemade sourdough bread.

Did you predict the pandemic with a 2011 film called “Contagion?”

Believe me, I was wearing a mask long before any of my friends. For years, I said, “Guys, it’s coming. Here’s a mask for you and some spray.” 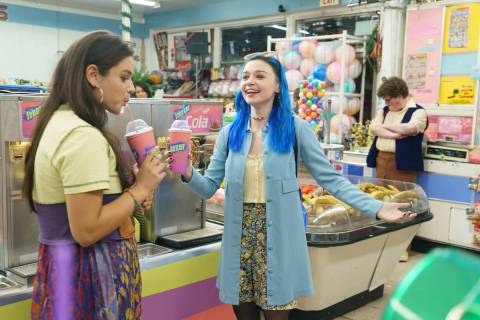 Jessica Barden reveals her own struggles, hopes ‘Pinks Skies Ahead’ helps young people with theirs. 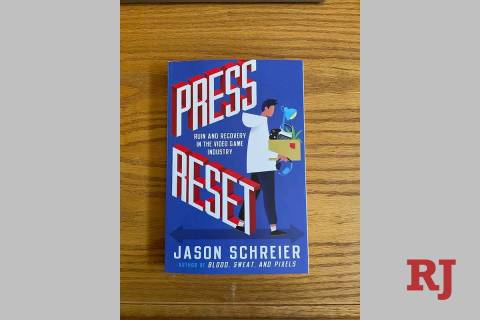 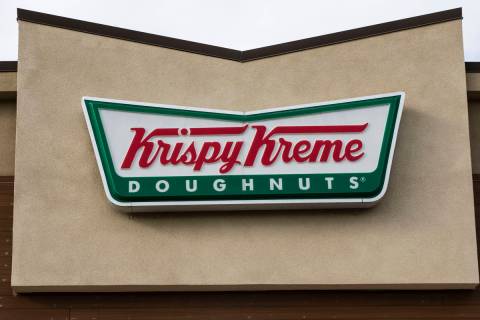 As Las Vegas and the nation attempt to return to normalcy, Krispy Kreme is rewarding the Class of 2021. 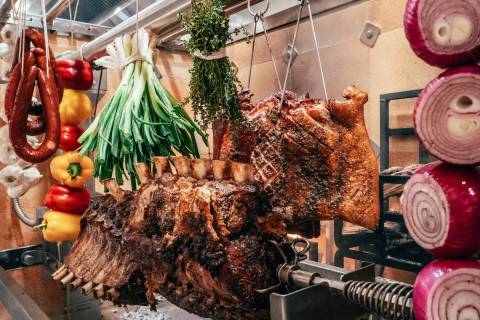 Caesars Palace to reopen its buffet
By Al Mancini / RJ

Bacchanal Buffet, which has undergone a multimillion-dollar renovation, will take reservations for the first time. 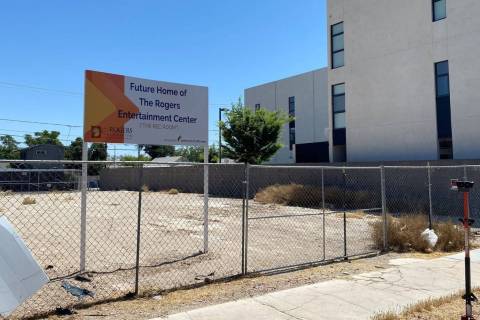 Beverly Rogers and The Rogers Founation plans a 14,000-square-foot black-box, indie theater to open next year. 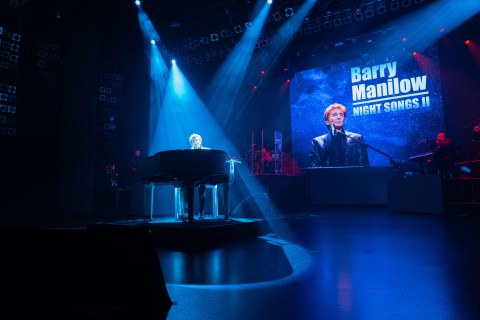 Barry Manilow is performing in September-October, and again in November-December, setting the stage for a possible holdiday show. 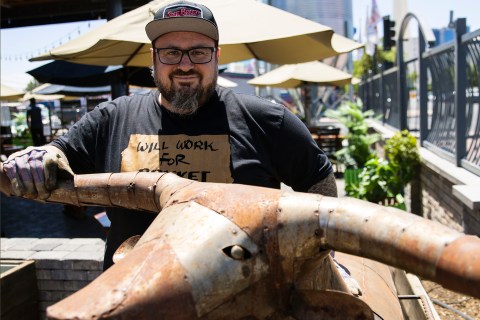 Chef’s barbecue blends many styles, refusing to be tied to a single orthodoxy. 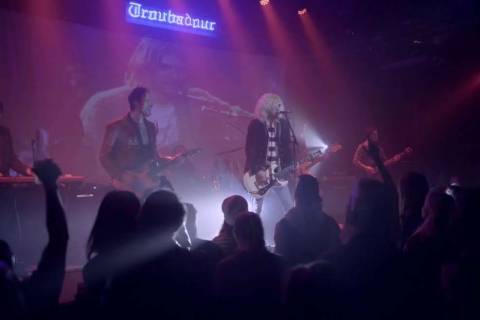 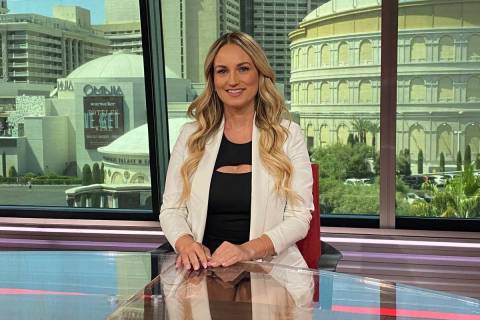 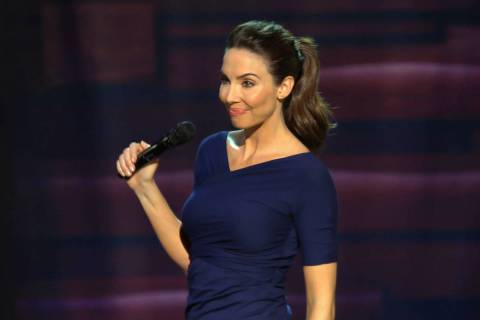 The Mirage’s “Aces of Comedy” series has announced returning headliners, though some big names remain absent.