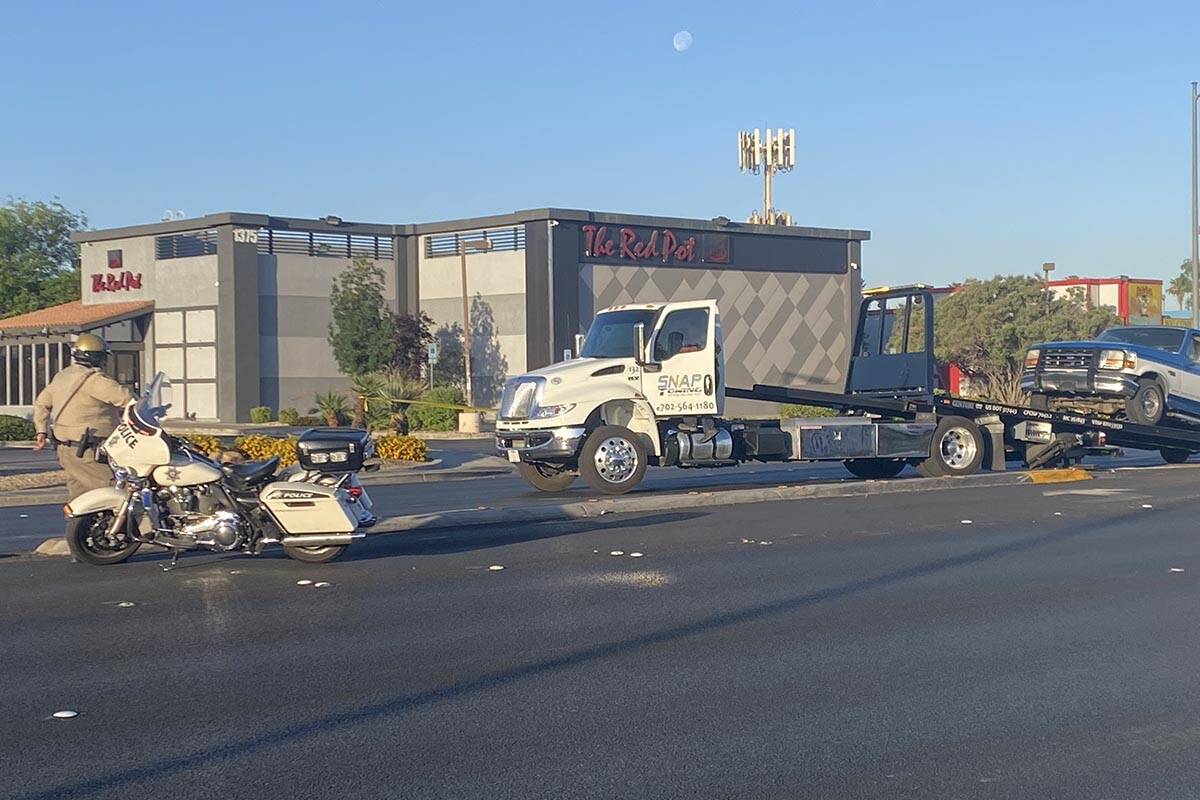 A tow truck removes a vehicle Wednesday, May 18, 2022, from a Tuesday night crash that injured one on East Tropicana Avenue near Maryland Parkway in Las Vegas. (Glenn Puit/Las Vegas Review-Journal)

Las Vegas police said at 11:36 p.m., a minor two-vehicle collision involving a 1994 Ford F-150 and a 2020 Toyota Corolla occurred on East Tropicana Avenue near Maryland Parkway. As the drivers of the two vehicles inspected the damage from the collision and called the police, a third vehicle approached and struck the rear of the pickup. This, in turn, pinned the driver of the Toyota between the first two vehicles. The injured driver, a 55-year-old man from Las Vegas, was transported to Sunrise Hospital and Medical Center in critical condition.

The driver of the third vehicle that slammed into the pickup, Serena Mueller, 24, of Las Vegas, was ultimately arrested after police said she “exhibited indicators of impairment.” Clark County Detention Center records show she was booked at the jail on counts of driving under the influence resulting in substantial bodily harm, failure to decrease speed or use due care, and driving on a non-Nevada license while Nevada license is suspended.

She was scheduled for an initial appearance in Las Vegas Justice Court early Wednesday. 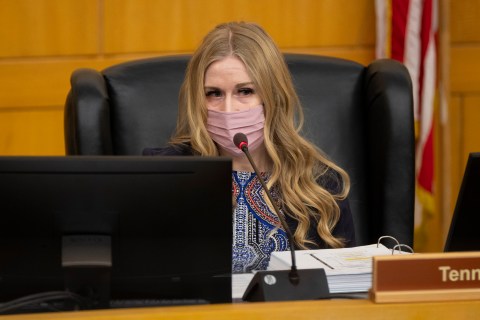