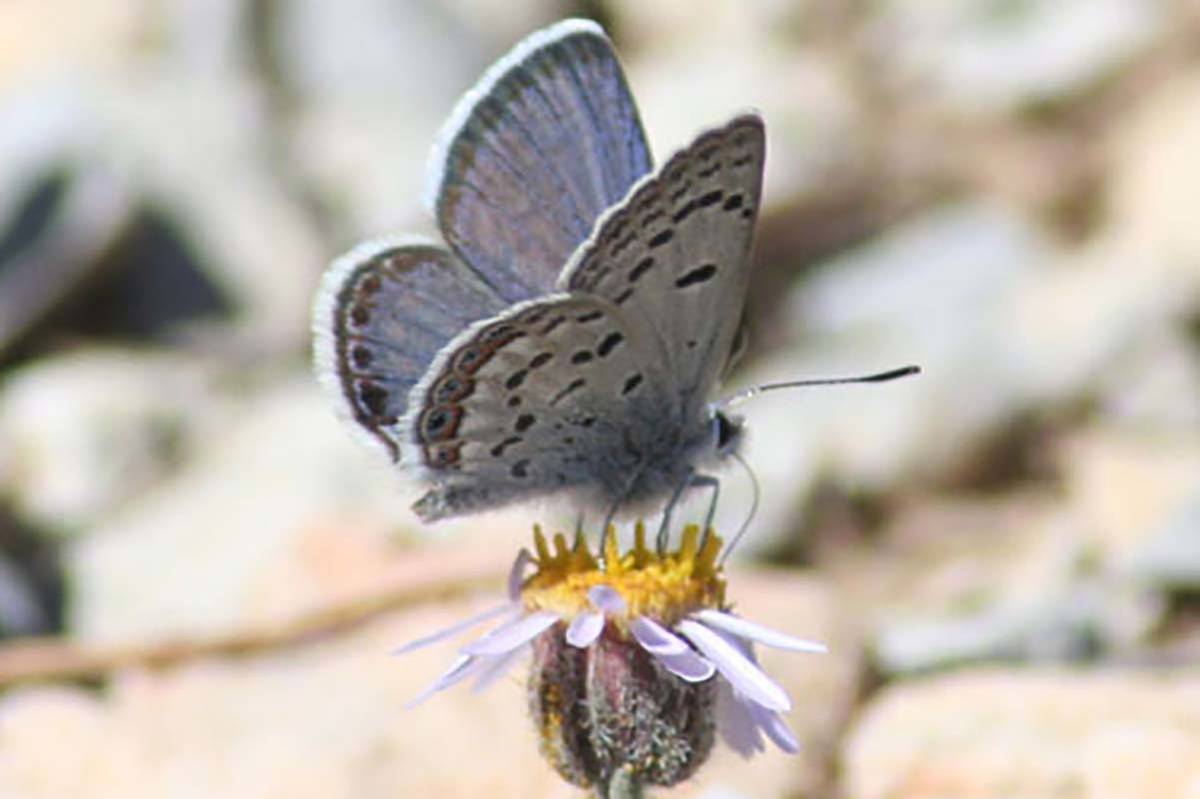 The Mount Charleston blue butterfly was added to the endangered species list in 2013. (Photo courtesy of Corey Kallstrom, USFWS)

In an effort to save a rare Nevada butterfly from extinction, the Center for Biological Diversity filed a federal lawsuit to prevent expansion of a Mount Charleston ski area.

“It’s outrageous that the government would allow the most important remaining habitat for this beautiful little butterfly to be turned into a downhill-sports amusement park,” Patrick Donnelly, the center’s Nevada director, said in a statement. “The Mount Charleston blue butterfly hangs by a thread, and we don’t intend to sit idly by while the Forest Service lets a multinational corporation destroy what remains of the species.”

A spokeswoman with the Fish and Wildlife Service declined to comment on the litigation. Forest Service officials did not return messages.

The complaint asks for a judge to stop what it describes as an unlawfully authorized expansion that would include mountain bike trails, zip lines and a roller coaster without considering the impacts on the environment.

“The Lee Canyon (critical habitat unit) is essential to the butterfly’s survival and recovery because it contains approximately half of the total designated critical habitat, as well as a key ‘metapopulation,’” the lawsuit alleges. “No butterflies have been observed in the North Loop CHU since 1995. And while the South Loop has historically contained the most robust population of butterflies out of the three CHUs, at least half of the South Loop CHU burned in the 2013 Carpenter 1 fire—the largest wildfire in the Spring Mountains in recorded history.”

The butterfly was added to the endangered species list after the Carpenter Fire. It lives about two weeks, usually mating and laying eggs between June and August.