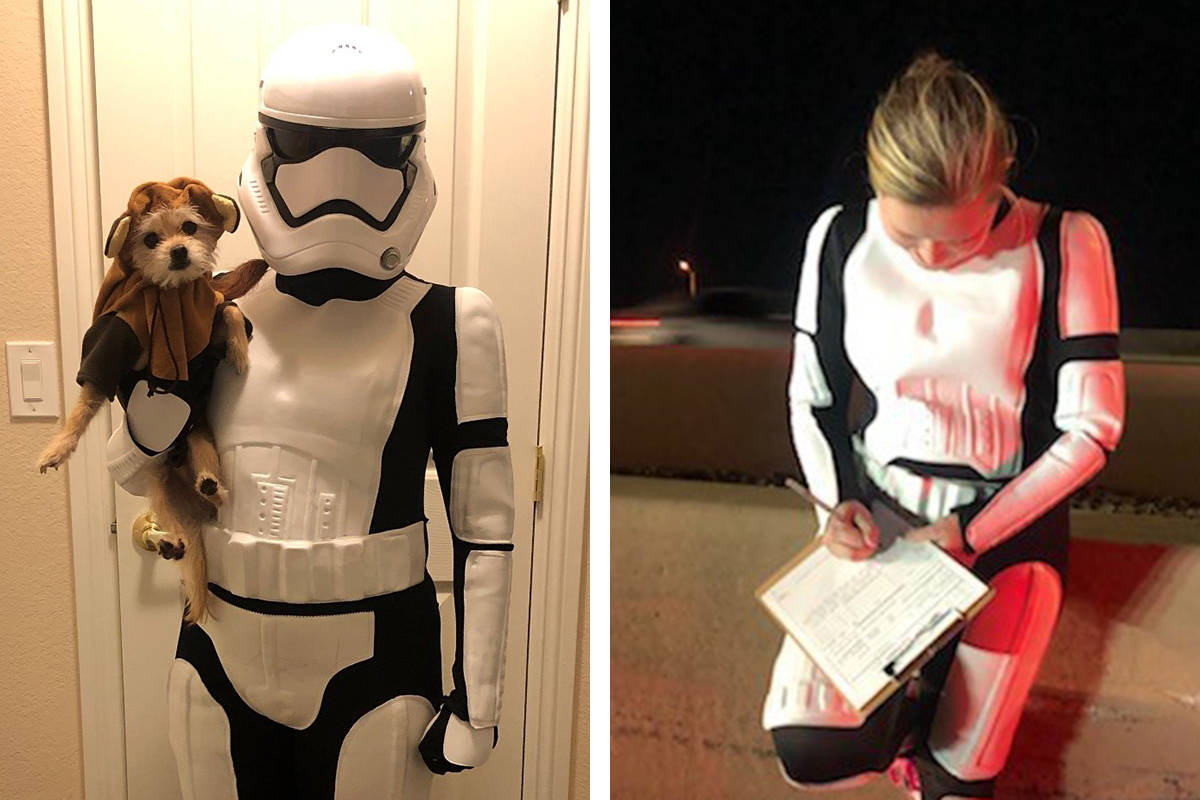 An off-duty Nevada Highway Patrol Trooper is credited with potentially saving lives after she turned around a suspected drunken driver who tried to drive the wrong way on Interstate 15 on Saturday morning.

About 1:30 a.m., Trooper Britta Foesch was on her way home from a Halloween party when she saw the driver of a Toyota Prius trying to enter Interstate 15 near Blue Diamond in the wrong direction and helped to stop and turn the car around, according to a statement from the Highway Patrol on Saturday afternoon.

Foesch reported the car to NHP dispatch and it was later determined that the driver, Matthew Clendaniel, 27, may have been impaired.

This morning a off duty Trooper stopped a wrong way driver from entering the I-15. All this happened while the Trooper was dressed as a Storm Trooper after a Halloween party. Driver was arrested on suspicion of DUI, all this was captured on the Troopers personal dash cam. #nhp🎃 pic.twitter.com/blcwkBE9qB

“We would not recommend citizens stop on the freeway or take matters into their own hands but Trooper Foesch is a trained professional having been a State Trooper for 7 years, and a NHP dispatcher before that,” the Highway Patrol said.

Foesch still had on her “Star Wars” Storm Trooper costume at the time.

“There is no doubt that Trooper Foesch’s actions potentially saved lives this morning,” the statement said. “The FORCE is strong in Trooper Foesch!”

Clendaniel was booked on suspicion of DUI, failure to drive on the right half of the road, driving without a license and failure to maintain lanes. He is being held on $2,000 bail.