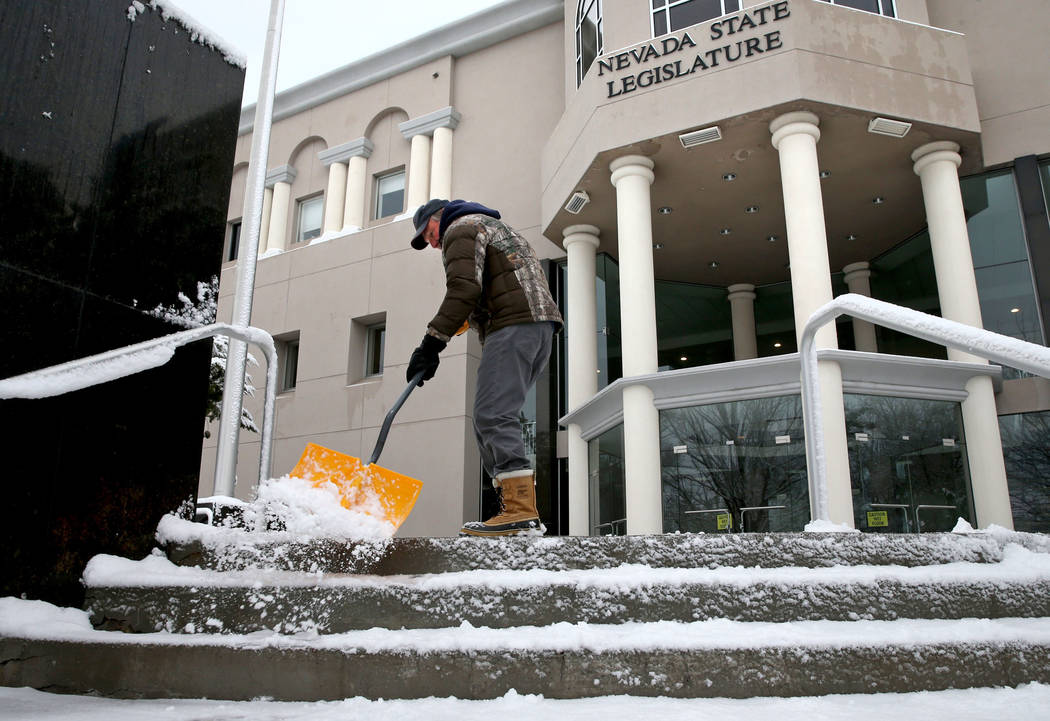 Randy Bird shovels snow in front of the Legislative Building in Carson City on the first day of the 80th session of the Nevada Legislature Monday, Feb. 4, 2019. (K.M. Cannon/Las Vegas Review-Journal) @KMCannonPhoto

CARSON CITY — Natural gas utilities in Nevada could draw supply from renewable energy sources such as biogas under a measure introduced Wednesday in the Nevada Senate.

Under Senate Bill 154, the state Public Utilities Commission would draw up new rules and procedures for utilities to engage in renewable natural gas activities, such as investing in or operating a production facility, or buying and distributing biogas or energy generated from it.

Biogas is produced when microorganisms digest and break down biodegradable material. Comprising mostly methane, it can be produced from landfill, manure, wastewater, and other organic waste.

The bill, sponsored by Sen. Majority Leader Kelvin Atkinson, D-North Las Vegas, was referred to the Senate Committee on Growth and Infrastructure.